I'm looking for some plans for an old control line version of the Nobler.

Also, the oldest version of the control line Ringmaster if anyone has it.

Here are 3 sites that will have most of the plans you're looking for -- use the search function in each one. 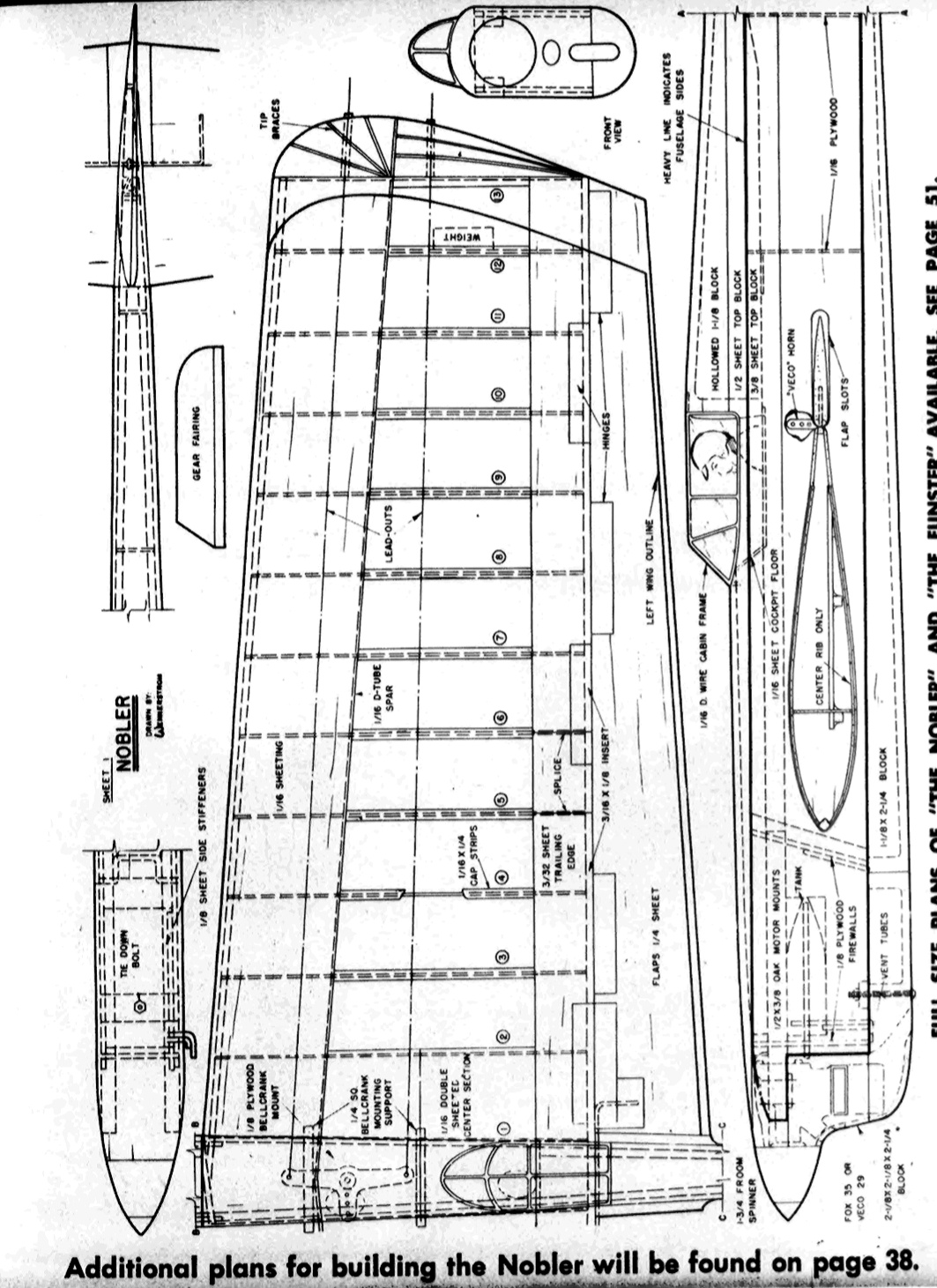 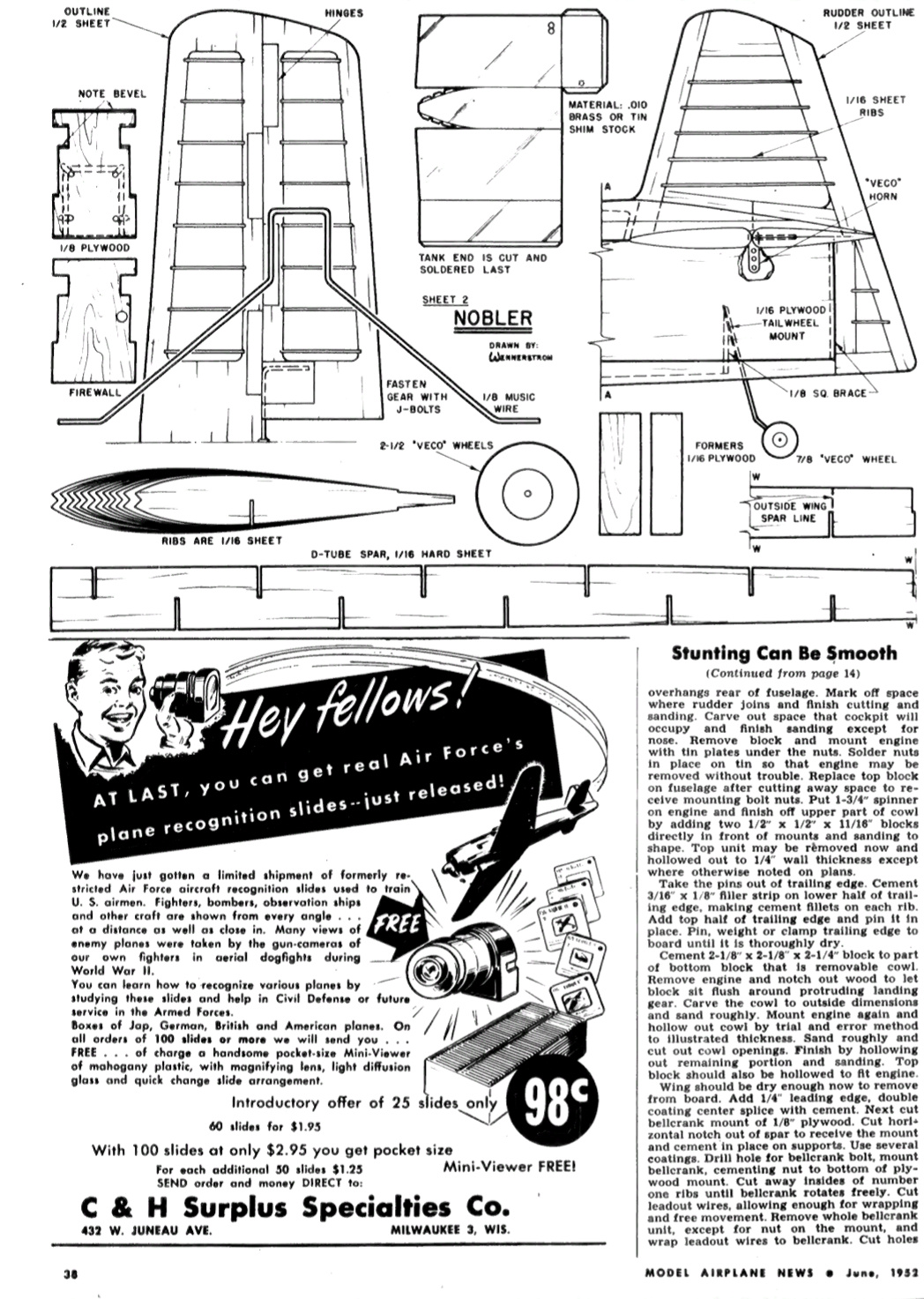 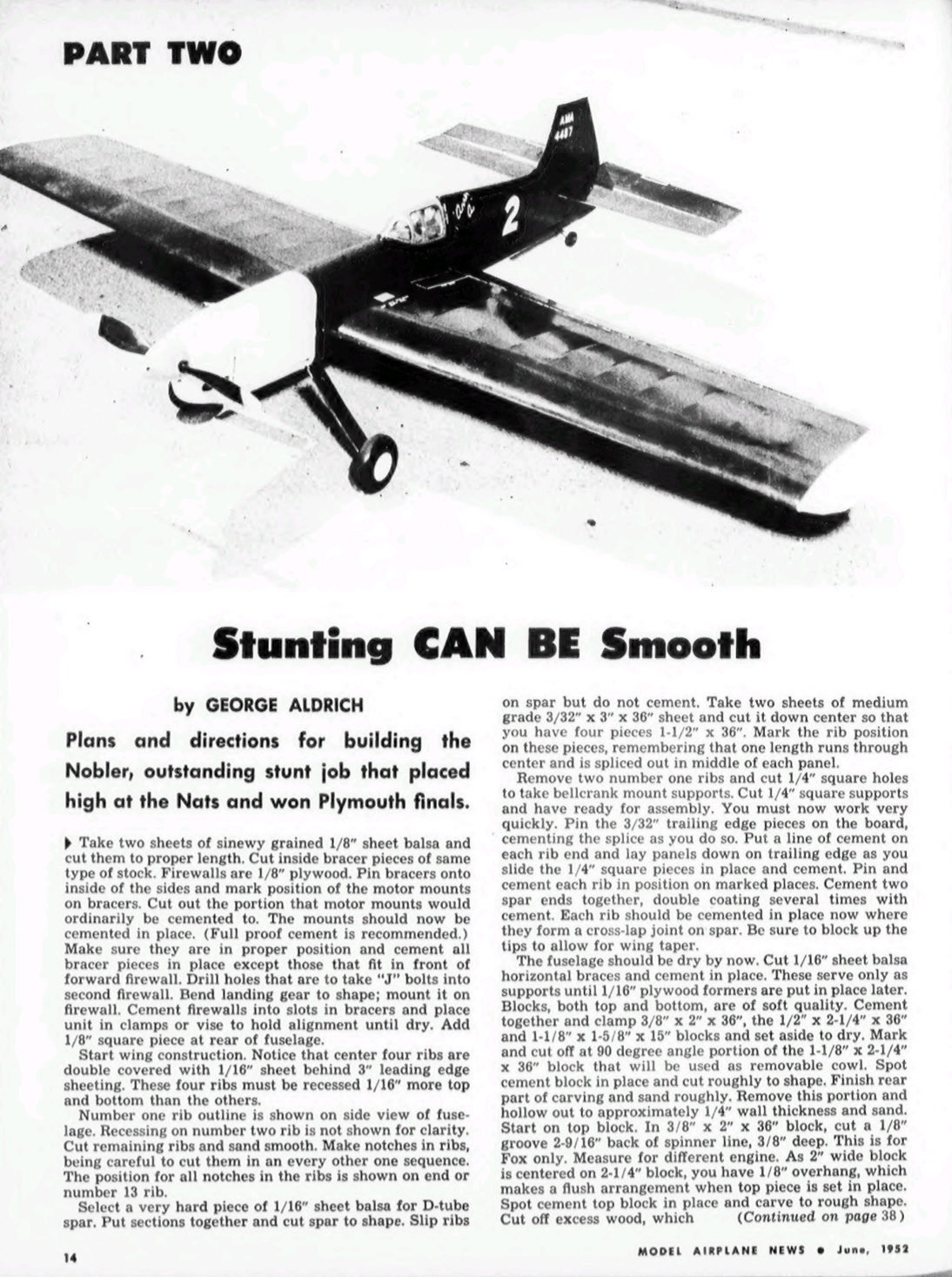 Sterling never produced plans for the S-1 Ringmaster. Bob Clauss designed the S-1A Ringmaster which has come to be known as the sheeted leading edge version which was in the 70's. The S-1A came with full size plans. I personally like it better, most people hate it. The closest version of Ringmaster plans that I'm aware of were available through Barry Baxter plan service who's now retired. Bob Mears of Lubbock Texas took over Barry's website.  http://www.controllineplans.com/  On page 2 the Ringmaster can be found. The oldest Ringmaster I have built was from the red white and blue boxed version S-1. I never built one from the colored labeled boxes with Matt Kania's picture on the box. However, I have interchanged parts from some of the older kits.  What I have noticed was that the polywog shaped ribs were more prominent in the older kits.

Thanks for useful info Ken.

Loren, if you want any decals to print then let me know