Bob. The carnival is over!

Bob. The carnival is over! 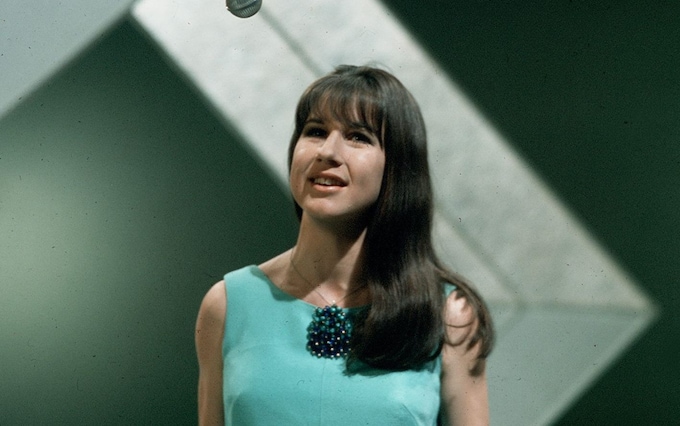 Bob, I know you were a fan.  Australian music has lost a legend.

@Oldenginerod, sorry to hear of the passing of Judith Durham, she was truly an angel. For one element that truly embodied the soul and spirit of Australia, I would have to say that it was The Seekers, and she is what made the group come alive with her silky, smooth, next door girl voice.

Rebeat Magazine wrote:One of the first Australian acts to gain international stardom was a quartet of folk singers from Melbourne calling themselves the Seekers. Even then, they had to leave their homeland for Great Britain to find success, riding a cruise ship (for which they supplied entertainment) to London. There, they met Tom Springfield, a young musician who had previously starred in the folk trio the Springfields, alongside his sister Dusty. Springfield wrote and produced the Seekers’ debut single, “I’ll Never Find Another You,” which hurtled to the top of the UK singles charts and to #4 in America. While the Seekers weren’t the very first act from Down Under to achieve this kind of success — English-born, Australian-raised crooner Frank Ifield had netted similar numbers a few years earlier — they fit the musical zeitgeist in a way that made them genuine youth stars: not quite folk-rock, but with enough freshness and bounce that they didn’t seem hopelessly square.

When I mentioned embodiment and soul of Australia, I was referring to the common person, not the politicians and elites who could care less. The fact the song was less appreciated in US also does not surprise me.

It was Kim that turned me on to the Seekers, now I'm a huge fan running their youtube videos weekly and I am devastated to hear of Judith's passing.  I had no clue, seems the press worldwide should be all over this. Sometimes life just isn't fair, hanging my head a bit.

They just don't come any better.

A Sad Day, But a Wonderful Talent.
RIP Judith

The Seekers - I Am Australian: Special Farewell Performance (2014, all 5 verses)

Her band sold more than 50 million records and had hits including I'll Never Find Another You, I Am Australian and Georgy Girl. She left the group to go solo in 1968 and went on to release a number of studio albums.

Anthony Albanese, Australia's prime minister, paid tribute to Durham, calling her "a national treasure". Judith Durham gave voice to a new strand of our identity and helped blaze a trail for a new generation of Aussie artists," he wrote on social media. "Her kindness will be missed by many, the anthems she gave to our nation will never be forgotten."

Durham was honoured multiple times during her lengthy career, including being awarded the Medal of the Order of Australia (OAM) for services to music in 1995 and the Centenary Medal in 2003. She was also named the Victorian of the Year in 2015.

Born in Melbourne, Durham rose to international fame after joining The Seekers in 1962 alongside Athol Guy, Keith Potger and Bruce Woodley. She became the band's lead singer the following year, aged 20.

A year after becoming joint recipients of the Australian of the Year award in 1967, the group officially disbanded, but reunited to perform on multiple occasions - the last time being 2014.

Durham married the British pianist and musical director Ron Edgeworth in 1969, who died less than 30 years later after being diagnosed with motor neurone disease.

Durham was born Judith Mavis Cock on 3 July 1943 in Essendon, Victoria, to William Alexander Cock DFC, a navigator and World War II pathfinder, and his wife, Hazel (née Durham). From her birth until 1949, she lived on Mount Alexander Road, Essendon, and attended Essendon Primary School. She spent summer holidays at her family's weatherboard house (which since has been demolished) on the west side of Durham Place in Rosebud.

Her father accepted work in Hobart, Tasmania, in 1949. From early 1950, the family lived in Taroona, a suburb of Hobart, where Durham attended the Fahan School before moving back to Melbourne, residing in Georgian Court, Balwyn, in 1956. She was educated at Ruyton Girls' School Kew and then enrolled at RMIT.

Durham at first planned to be a pianist and gained the qualification of Associate in Music, Australia (AMusA), in classical piano at the University of Melbourne Conservatorium.

She had some professional engagements playing piano and also had classical vocal training and performed blues, gospel and jazz pieces. Her singing career began one night at the age of 18 when she asked Nicholas Ribush, leader of the Melbourne University Jazz Band, at the Memphis Jazz Club in Malvern, whether she could sing with the band. In 1963, she began performing at the same club with Frank Traynor's Jazz Preachers, using her mother's maiden name of Durham. In that year she also recorded her first EP, Judy Durham with Frank Traynor's Jazz Preachers, for W&G Records

I'm so glad that "The Boys" as she called them spent some time with her just before her passing.

I remember when Kim first posted the "There will never be another you" video, I commented "Hands on hips cute". She is missed.

rsv1cox wrote:I remember when Kim first posted the "There will never be another you" video, I commented "Hands on hips cute".  She is missed.

She was the girl next door type, not super elegant like a movie star but portrayed the wholesome, down to earth type of girl, very personable. Yes, glad to see that her Seeker band members were able to say their goodbyes.

I played Georgie Girl for a millennial co-worker of mine. He liked the song, but had a fun time of mimicking 30’s gangster talk when bringing it up.

She had a good long life!

She did have a beautiful pure voice! (That's how I describe it anyway)