I hate to end with a whimper. Maybe I can work some epoxy magic and squeeze one more flight out of the old Flite Streak. That means Sunday night, right? We plan to fly at the fort Sunday, Wayne Matthew and me.
Rusty
_________________
Don't Panic!
...and never Ever think about how good you are at something...
while you're doing it!

Alright here's my final time.
3:19:32, one very beat up Skyray, three ill fated Beechcraft Staggerwings, and the fastest time in Reed Speed! I estimate the Skyray flew about about 130 miles, Miss Ashley about 2 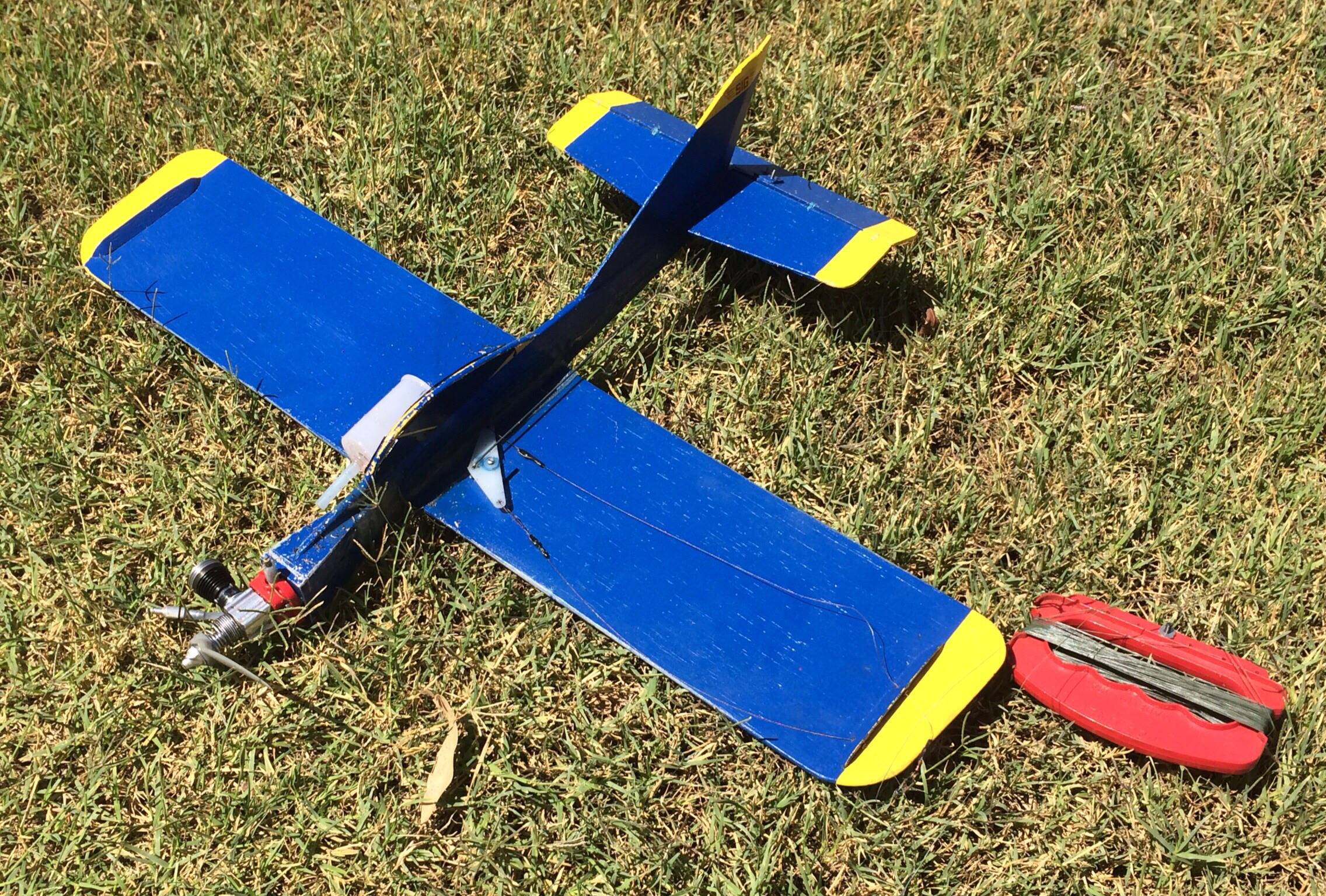 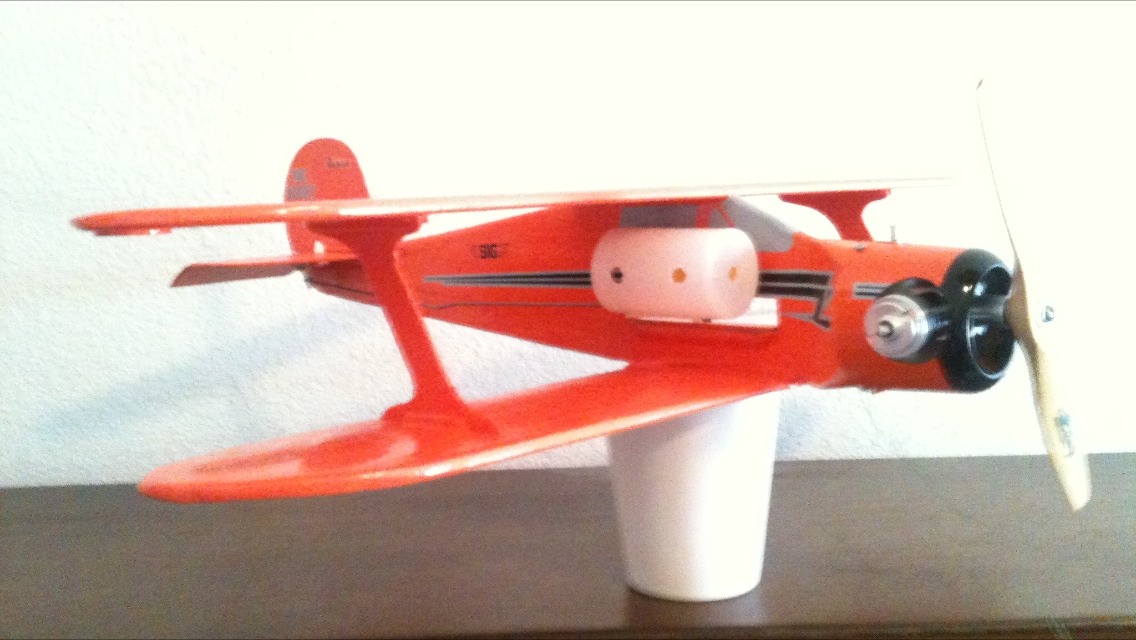 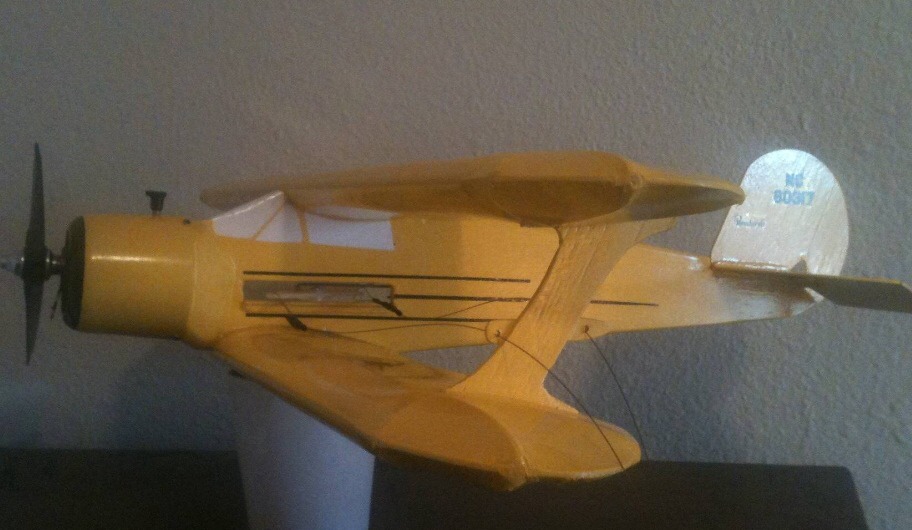 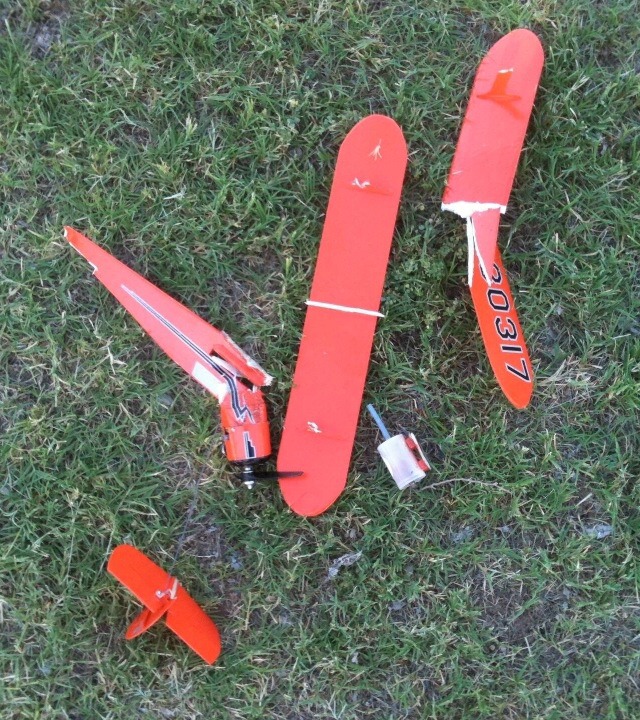 Th th th thaaat's all folks!
Ron, thanks for a great contest!

My Flying is Complete!

My Flight Contest flying is completed!

I began flying for the Contest on the first day that we were eligible to log time, and put up the final flight this evening. I flew hot and heavy for the first few months, and did no Flight Contest flying during the months of October through April! Rather, I began a regimen of C/L Stunt training, and building. I did, however, build and fly two airplanes for the Reed Speed Contest, which were less than super-fast! I opted not to enter the video that Ron shot during his visit here.(It would have made you guys look REALLY good!)

So...I began Contest flying with a scratch-built "STIK"-type airplane, with an Ace foam wing. It served the most in this event. Next, I scratch-built a "Baby Birdy" from Sure-Flite plans, again utilizing an Ace foam wing. To wrap-up the flying, I constructed a mid-wing airframe, using parts from someone's crashed, electric ARF. Pictures of that airplane have been posted here. It DID turn out to be fuel-proof, thankfully!

Using these three airplanes, I completed sixty-eight flights. No crashes happened, but every landing was dead-stick! The total time for my flying is: 12:12:54. That's right- Twelve hours, twelve minutes, fifty-four seconds. I employed the 'count-up' timer feature of my DX6i transmitter, using the trainer switch as the start-stop activator. After launch, or take-off, I would start the timer, and when the engine quit, I would stop the timer, then, glide to a landing.

Many people were curious and enthusiastic about seeing a COX engine perform, every time I brought it out. They shared stories of their experiences with the COX engines, and said they will get them flying again. That's what the Contest was about - Exposure to the COX product. I think I helped in that endeavor!

Thanks for hanging in there, and giving us the opportunity to share our neat little engines!

To my shame, nothing since then.

These were all carried out on the "NightHawk" - it suffered much damage until I realised that the Butyrate dope I has used wasn't as fuel proof as claimed.

I then built the Radian but it has sat unflown, untried, untested ............ I had forgotten all about it until I realised the contest was over!

Hang my head further in shame! Still, I will post the flights (or crashes) when I have made them.

Any excuses? I hate gardening - To prepare for a flight, I need to cut the grass (it only grows again!), trim bushes, shred branches, tidy up. About three hours work - much easier to let it grow, wander to the park at the end of my road and fly electric.

Well, I got 43 minutes and 10 seconds...with no good excuse other than I just didn't get back to it.

Sorry I wasn't a better competitor in in this great contest. 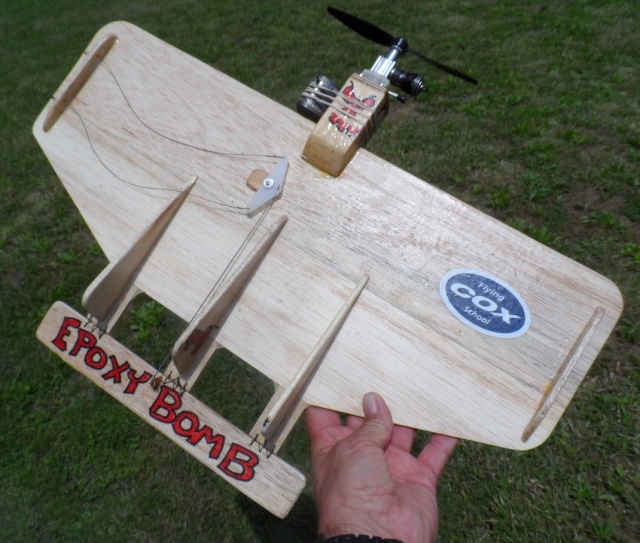 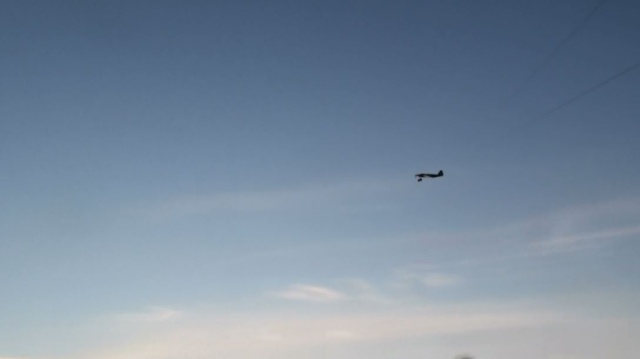 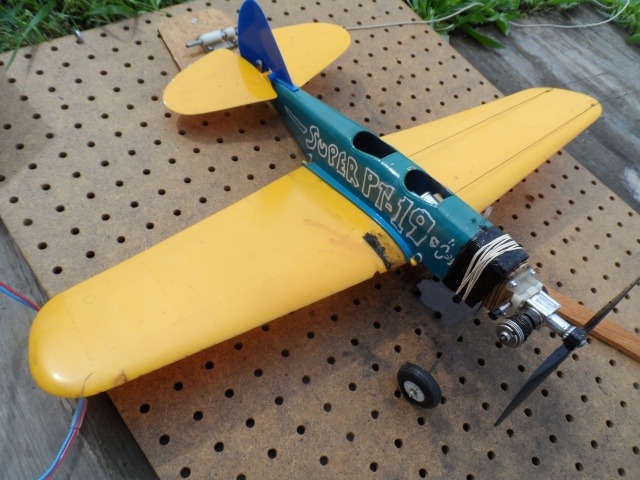 Make sure you break it up between RC and CL. There are prizes for both.

That reminds me I need to get a hold of Exmodelengines. We agreed on prizes a year ago and have not spoken since.

Not that it's gonna make me look any better, but here is War Dog's Log...

I have to hang my head on this one.  I build a lot. A LOT.  But I never seem to find the time to get out to the R/C field, and I'm not comfortable flying in the church field where I fly C/L.  So, I'll have to submit my pitiful 37 minutes on the engine.  That's what I get for not swapping the engine onto a C/L plane.

The Examining His Shoes Mark

I appreciate all the replies.

Surely there are more times out there. A lot of folks signed up to fly.

I will bump this thread for 2 more days and then announce winners.

I spoke with Matt today. All is good with the prizes.

My final contest total time for the year, on the Baby Streak's Tee Dee .051 is 79 minutes.
It was somewhat prematurely shortened by a beginner pilot who has yet to empty a tank in the air.
Rusty

Just for gee whiz since I am not competing.

Thanks Duke. I was waiting for ya

I didn't think I was in the running and the shame of belonging to the Pathetic Club might be to much to bare.

Hey, you flew. That's what it's all about!

@duke.johnson wrote:I didn't think I was in the running and the shame of belonging to the Pathetic Club might be to much to bare.

I would like to thank all the contestants for staying the course over a very long event. In the end I hope you all enjoyed they flying and were able to hone your skills along the way. Hopefully we each did our part to increase Cox engine awareness.

The winners will each receive a custom reed valve engine courtesy of Matt at Exmodelengines. Enjoy!

Here are the engine photo's that Matt just sent. 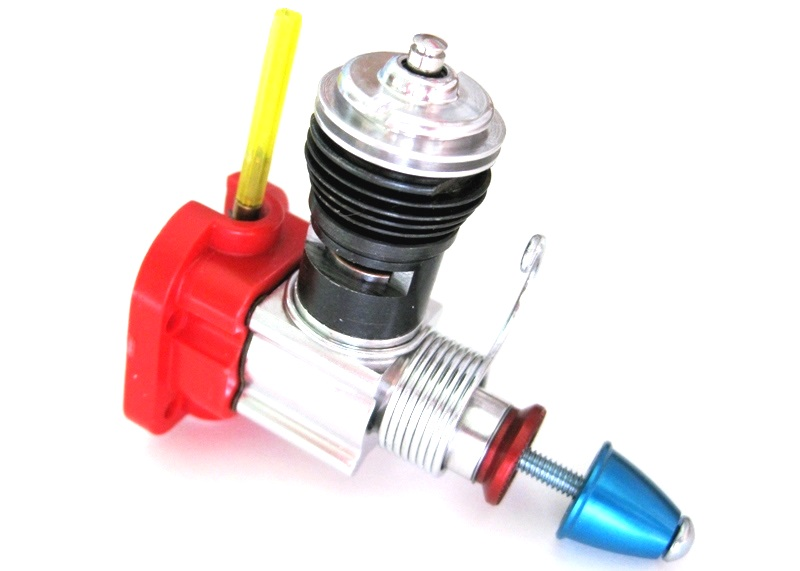 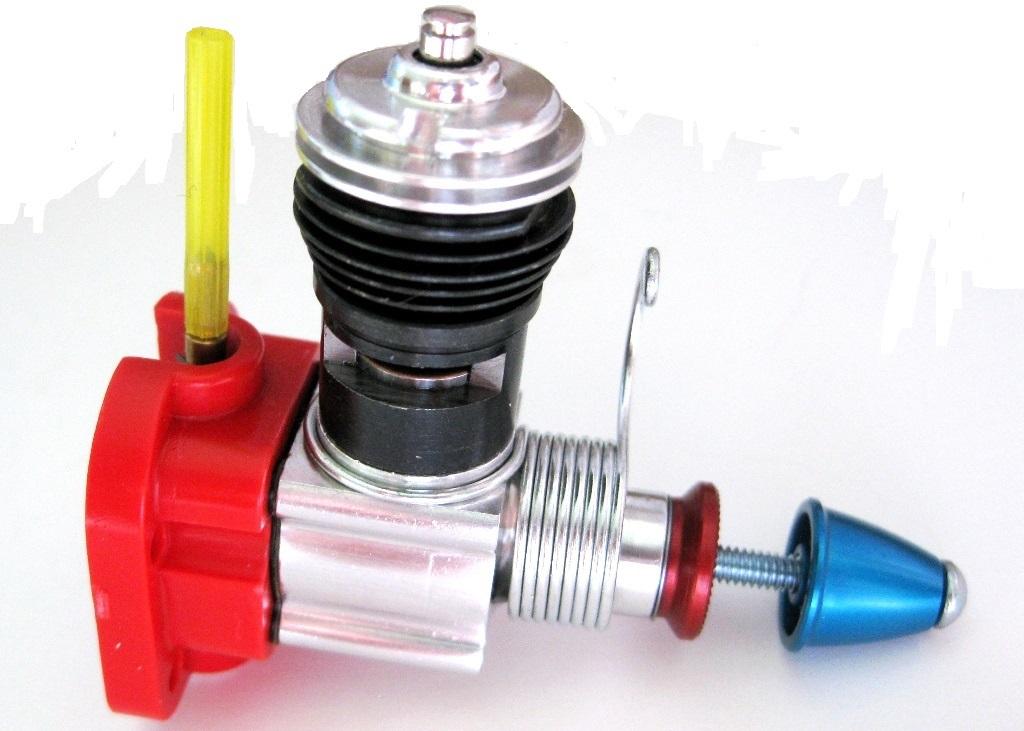 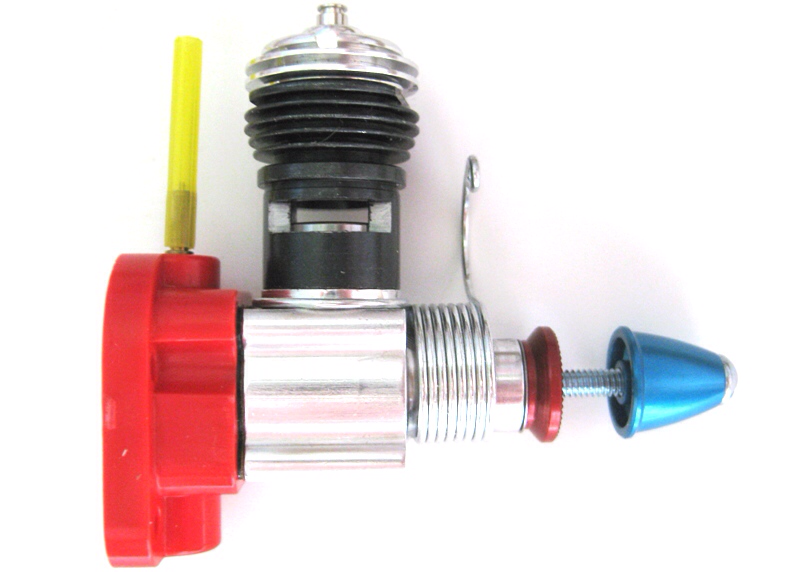 Congrats Ian and Gus, and great job hosting
the contest Ron. I really enjoyed following all
the contestants' posts.
Kudos to Matt, for the prize engines too.
Bob

Yeah, thanks Ron. I had a blast when the boys and I were going out flying in the back field together. Wish I could have switched to the flying club.

I enjoyed hosting it. I learned a few things along the way. Especially contest length!

I think it was too long to hold interest. My original intent was to stretch it out long enough so everyone had a fair chance for good weather.

The bottom line is flying is fun and we need to do more of it!

It looks great and with good quality parts to boot! Matt didn't hold back on those. To me it has an American theme.

If it could have a name I think it should be called the Captain America!