I have decided to do a super quick Baby Clown rebuild as I snapped the wing yesterday and the fuselage is more epoxy than balsa. For those of you who have never seen the real deal get ready to feast your eyes! 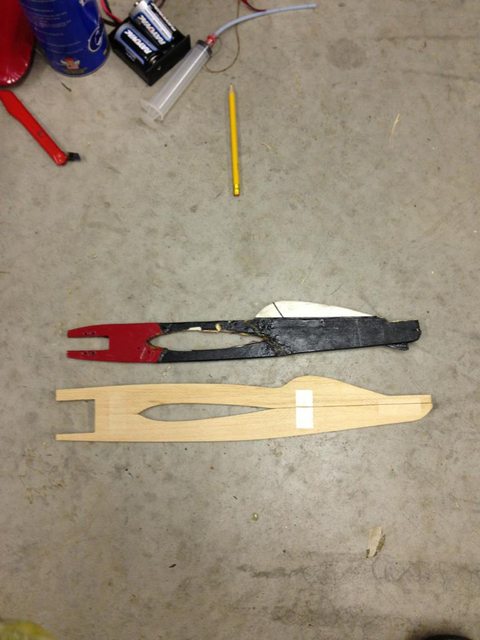 As you can see the fuse was altered when Brodak re-kitted it. Since I don't want to ruin a hard to find '50's kit I traced it out on some new balsa and a few minutes with the scroll saw later I have this! 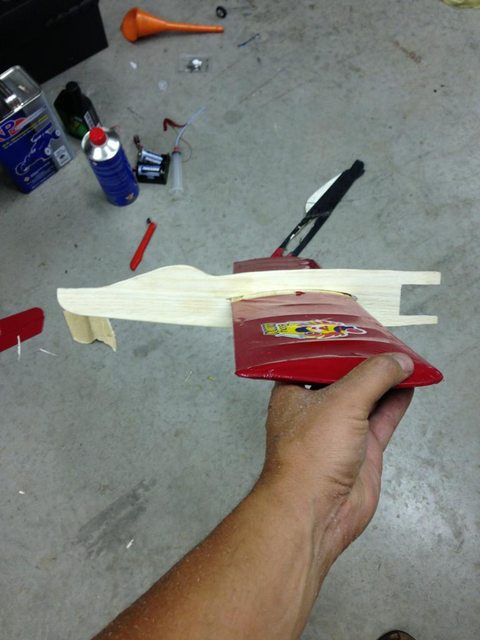 Stayed tuned for the quickest rebuild ever!

Boy, that old fuse does look pretty rough. Do you feel pretty good about the wing repair? Makes me want to fix the old RF Bean. It's on the way back burner though.

I'm glad you brushed aside your momentary thoughts of a quick build of the Streak. That's not as simple and deserves a meticulous job. Build that one when you can relax, and it'll be a nice addition to your fleet.
_________________
Don't Panic!
...and never Ever think about how good you are at something...
while you're doing it!

Looks great Ron. I like the fuse thicker like that and with the smaller canopy. I can't figure out why they split the fuse though. The Sweet Pea is that way too.

I was only kidding about building the BFS in a hurry. I do want to take my time with it. That old fuse has had the nose busted off at least ten times and the tail probably just as many. It had a lot of flex in it. In the photo the wing is not repaired, I will take some detailed photo's when I do it.

Duke, I like the shape better as well. If you want to build one let me know and I will trace the parts for you. I assume the fuse os split for wing installation. I see that a lot in older kits. I guess later on they decided it wasn't necessary. The one I cut doesn't split, I just figured it was one less step. The airfoil is thicker on the Brodak version as I had to enlarge the wing cutout.

I'd love the templates Ron. Thanks. I've been thinking of building one for a while.

Here is the wing after I removed the covering. Notice the wing snapped around the plywood and epoxy. It's already set back in place and drying as I type this. Looks like I never wrapped the LE or TE. 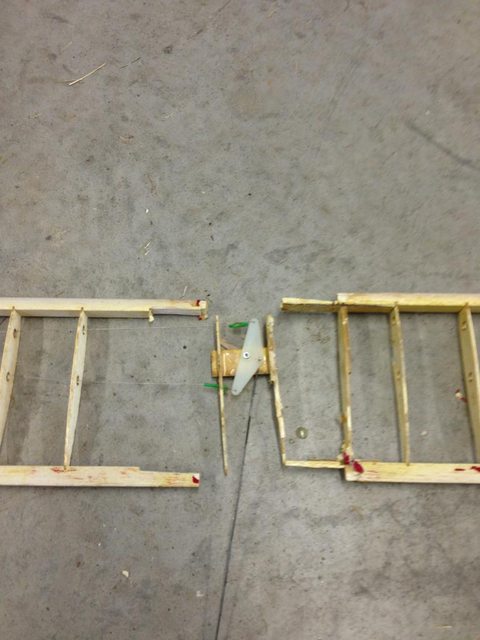 After the main repair.. 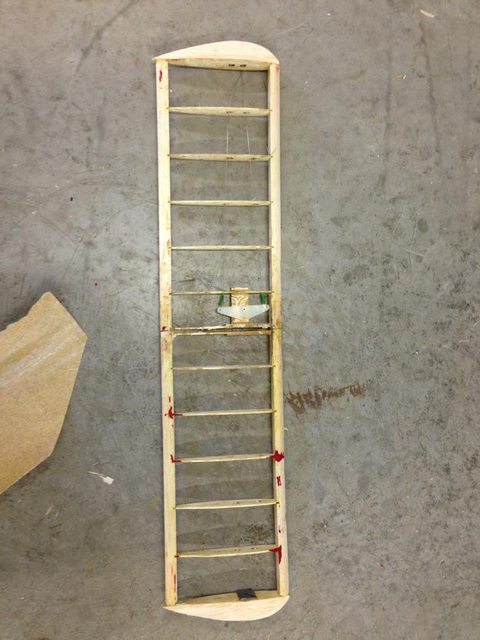 I still need to add the epoxy covered fiberglass strips to the splits in the LE/TE. I also added 1/4" tips like the PDQ version so I can drill through them to install the leadouts. It doesn't add anything to the structure, but does help to clean up the finish.

Today it was tricky to try and get things done. I did manage to get the fuse built up though. The bearers had to be shimmed to accept the TD. I used light ply for shims as I figured I needed strength in that area. I also extended the bearers into the fuse even though it was not that way from PDQ. To save weight I epoxied two pieces of 1/64 ply together and cut them into doublers. Feels plenty strong. As you can see the nose tapers to the shape of the doublers which were fashioned using the PDQ pieces as templates. 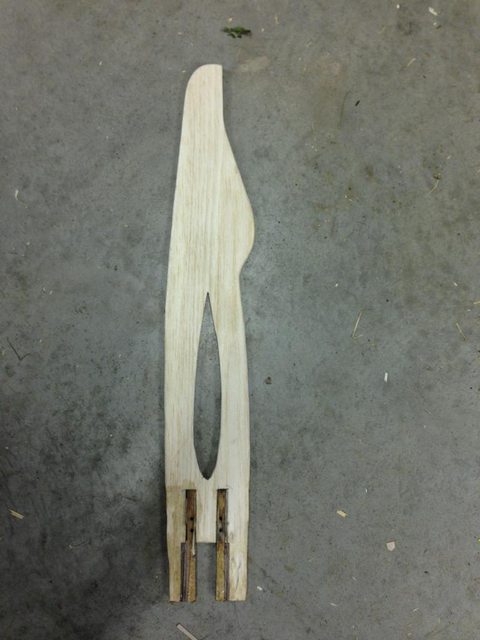 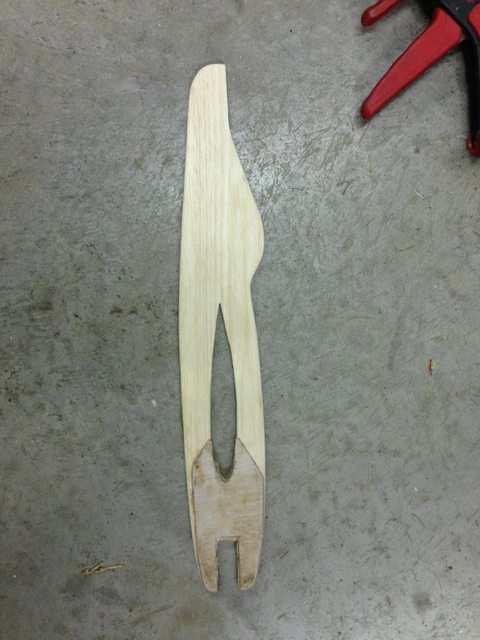 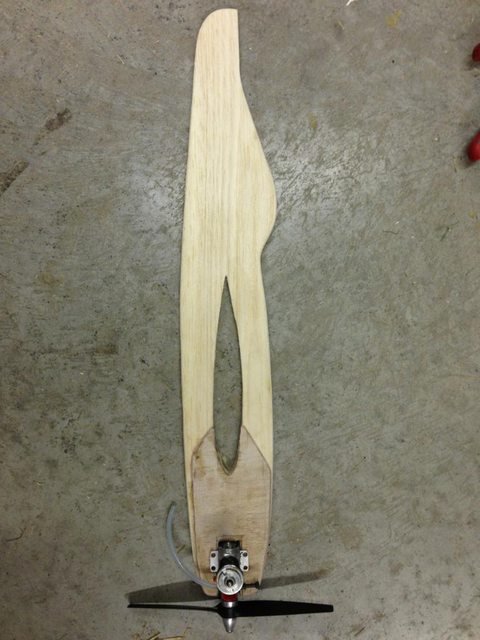 Here is the wing repair. Not much to it really just used some old Goldberg firewall cloth soaked in Epoxy and wrapped around the center where the LE/TE pieces join. If I had done that in the first place this thread wouldn't exist........ If I were you I would do something similar on the Yak. 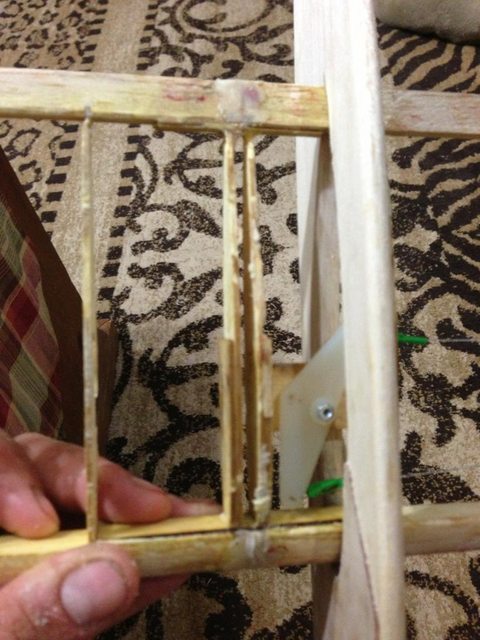 Looks like you are coming along nicely. I fun to see how others repair planes.

Here she is after sanding and sheeting just need to cover and paint at this point. The good thing about this whole thing is I was able to move the control rod to the innermost hole. The plane has always been a bit twitchy A good while back I read on a bellcrank package that the innermost hole is for training. Seems it should be the other way around. 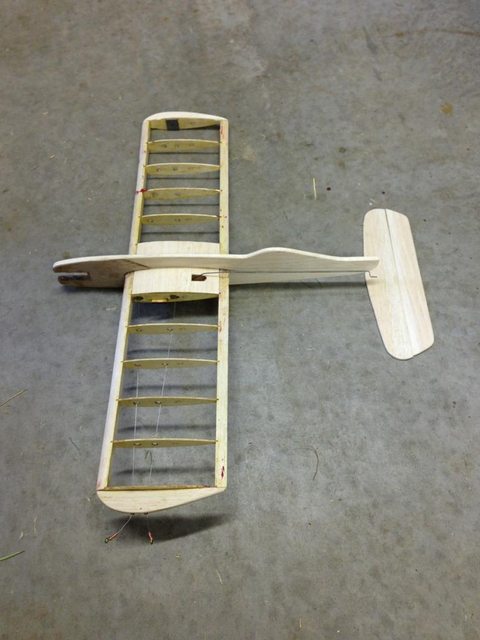 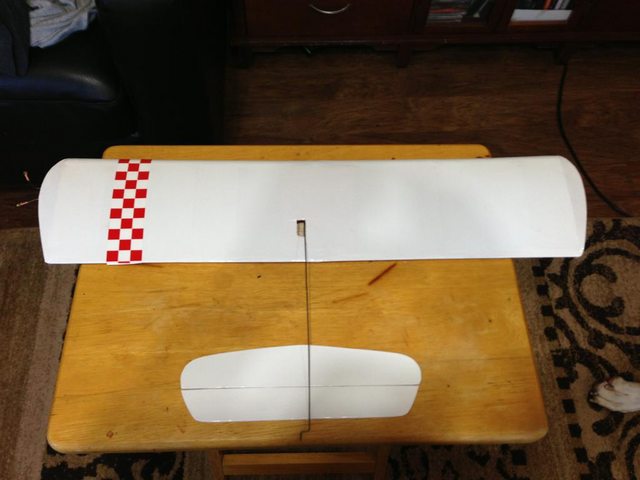 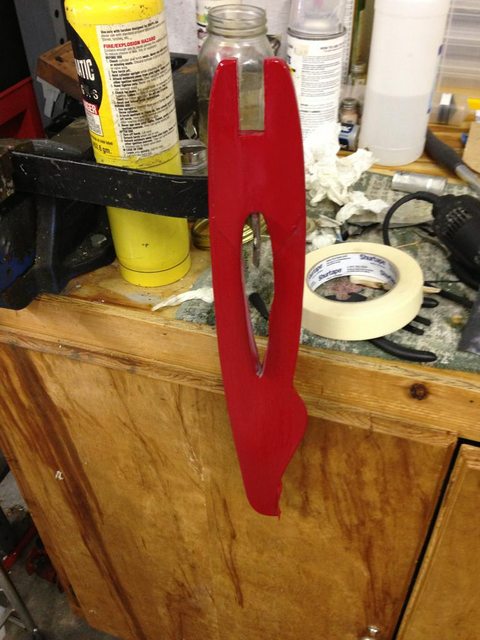 Beautiful. Can't wait to see the Clown V2.0 fly. Maybe you can get a video of you doing some tricks.

And I did glass the LE and TE on the Yak. Finally got all the hinge slots done. I'm double checking the bellcrank before I cover it up. And 12' of the right leadout wire should arrive via UPS tomorrow along with some threaded control rod couplers and 2 quarts of Thunder Tiger fuel.

I'll take my camera Tuesday. Whether I get around to fooling with it remains to be seen. Lots of things to concentrate on, so it might depend on how vid worthy my flying is.
_________________
Don't Panic!
...and never Ever think about how good you are at something...
while you're doing it!

Love the new look! I've been into checker board lately.

Yeah, I was going to go black with a small black checkerboard stripe to keep in theme with my super Clown, but I had the red checkers so.....

I would have still liked the white better. I think the black is hard to see in the stunts. But maybe I'm just getting older. No flaps like Larry?

I am still torn. I will print off some templates that Larry posted and see. I really need to get flying and flaps may slow me down. I might consider fixed flaps also.

Not much work done since Sunday. I did manage to paint and stripe the cockpit. Between work and raging allergies I haven't had time. 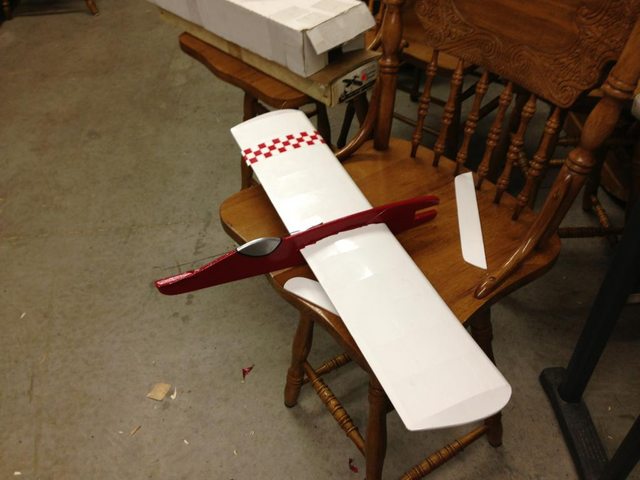 Thanks Duke, the canopy paint is Testors model paint. It works well on detail stuff.

Managed to do a few things today. Going fishing in the AM so once again things need to be set aside. My little man has been begging for me to take him so I finally gave in.

Here is the Baby Clown at the moment. Still need to stitch the hinges and connect everything up. I am not sure I have the stitched hinge thing figured out, but I am willing to try. 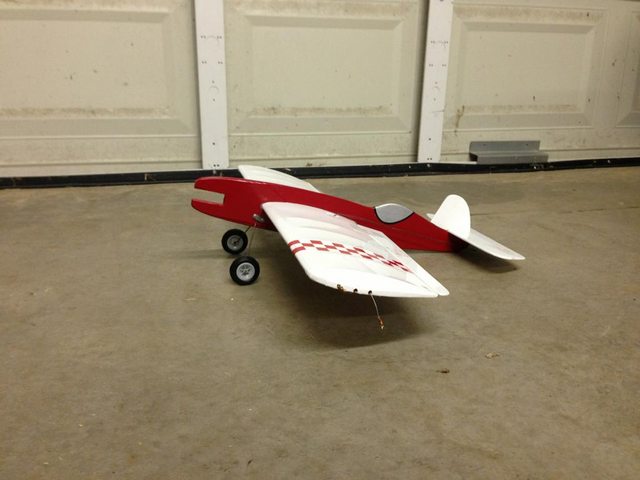 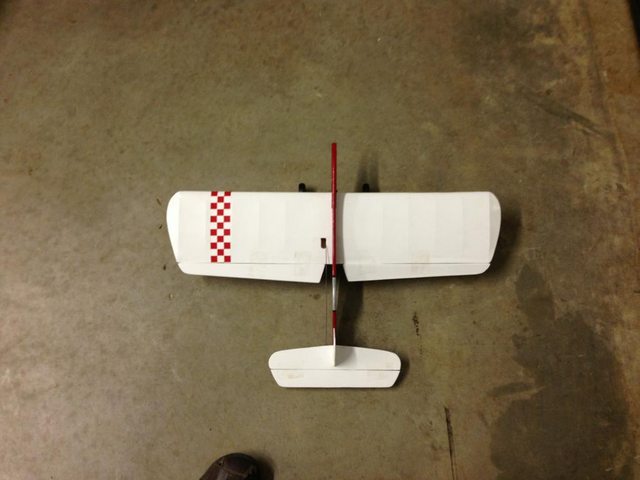 Looks great man.  Where and what are you guys fishing for?  We were thinking about salmon tomorrow.

I would have liked to hooked into a nice Crappie bed, but no luck. We have a good sizeable pond right behind my house so we went to see what was in it. My son caught a bunch of panfish and he was happy with that so we kept at it. This was his first time out and he had a blast. I figured since the bite was good I would just let him fish. I didn't want him to get skunked on his first outing.

I saved a few good sized ones and he ate them all for breakfast. He had a great day.

Look at the pics again. Flaps are there