And it's a ringed engine to boot

The ones with the blue heads were called the "lightning Bolt" series and were a tad better than the Redheads...for instance they had a bronze crankcase bearing if I remember correctly (I don't have any to check).

@gcb wrote:The ones with the blue heads were called the "lightning Bolt" series and were a tad better than the Redheads...for instance they had a bronze crankcase bearing if I remember correctly (I don't have any to check).

I will let you know when I have stripped it for restoration.

I always thought the R/C versions were blue.

I have the Testors McCoy .35 Red Head CL engine. After I reoriented the 3 oz. (90 cc) RC clunk tank on my S-1 Sterling 42" (1,067 mm) wingspan Ringmaster so the vent was toward the fuselage, last Saturday I had perhaps one of the longest consistent wet-2 setting runs on 63 feet (19.2 m) steel lines. This was doing 5 second laps in winds to 15 mph. She flies well and is rock steady.

I'm using Byron's 15% nitro RC fuel with Castor added to up oil content to 25%. The softer iron piston in this engine needs the oil content. I'll see how far I get with this legacy technology, but these Testors engines are powerful, smooth running and economical. 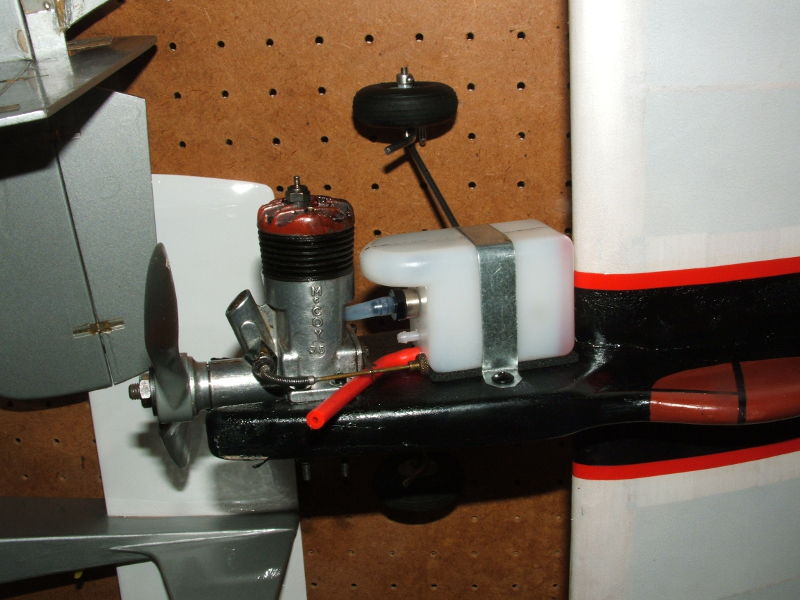 I'll say, that had to have been the longest run on 3oz I have ever experienced. Must have been close to 10 mins!

I joked with George about in flight re-fueling when he finally landed. That was with a loose head too.

I wish I could find an engine like that, I'm actually in need of a .35 to .46 engine for an old 3ch sport plane from 1961. An engine like this one would complement the airframe greatly.

The supertigre that came with it was worn out, and giving me lots of issues.
The OS I swapped it for acts like somebody ran it way too lean.

Not too mention that both of these engines are from 20 years ago or newer.

I'm using modern servos and radio system., but that stuff is inside so it doesn't really matter for the looks since this plane will be flown, not just a shelf piece. 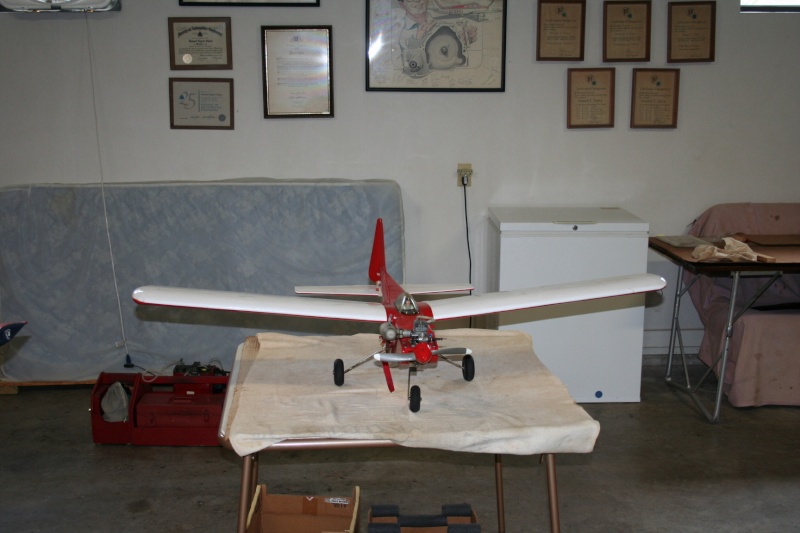 After yesterday's flights, My Red Head McCoy on my 42" (1,067mm) span Ringmaster S-1 became a Black Head McCoy, LOL. Didn't seem to run excessively lean, but was a little hot on one run. Fortunately I was running it on 25% oil with 10% Castor (added 12 oz. Castor to a gallon jug of Byron's 15% nitro with 18% synth/Castor RC fuel). Engine still has good compression. Don't know if the paint was OEM or aftermarket, but obviously not heat resistant.

Oh well, I have a spray can of Duplicolor Ceramic High Heat Black Engine Paint. I'lll clean it up and make it a Black Head, LOL. 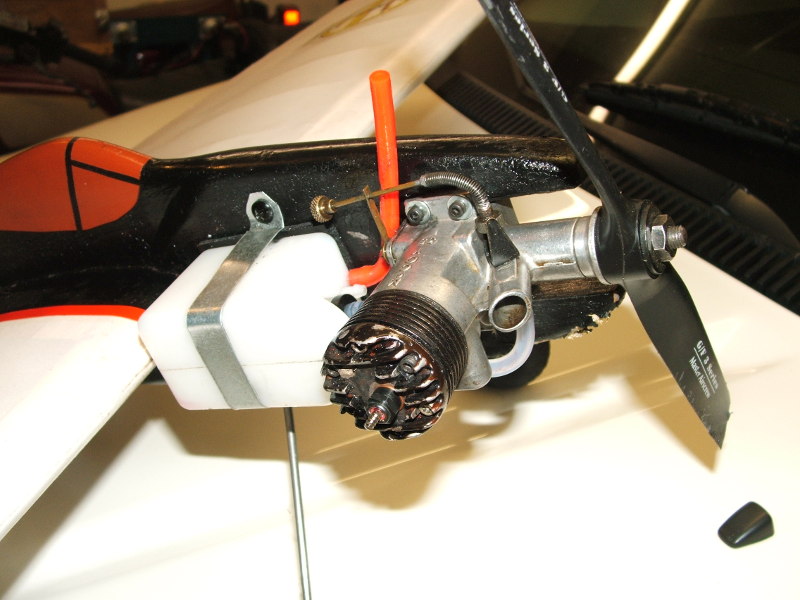