Log in
Search
Latest topics
» Purple Martins
by rdw777 Today at 8:53 am

Here are my entries for the speed contest. The construction is nowhere near the caliber of the other planes here, but these should get me in the air. The silver one is an A-7 Corsair II that is at a museum, and it is actually trimmed in purple, and the red plane is a 1969(?) Beechcraft Bonanza, N590PM, that is a locally hangared ship. The Bonanza competed in cross-country races, some time ago, so I thought it's heritage made it eligible to compete as a racer for this. 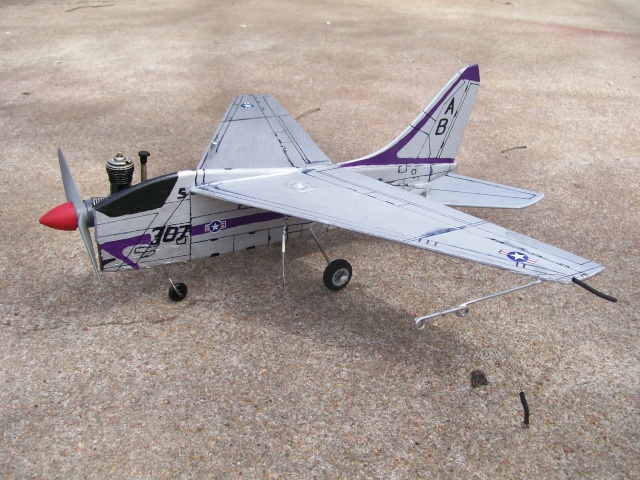 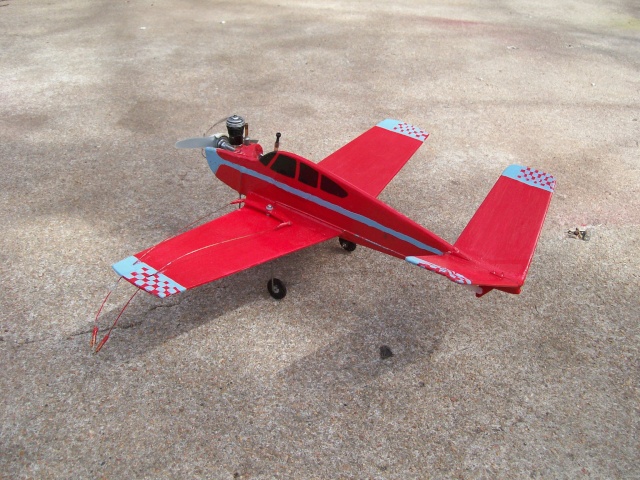 Thanks for looking! (EDIT TO CORRECT "N" NUMBER.

Well, my hack of a paint job doesn't compare to many that are already posted here. Having a wife on bed rest for a month, then a healthy newborn does not allow for modeling time. I hope I get a chance to fly during the contest period.

I intend to tie the controls directly onto the bell crank, so no lead outs. Yes, the push rod is curly.

I don't know if I'm going to make it, I'm starting paint in a few minutes. I should be able to get the main colors on it, but the trim colors and mounting the motor might be tough. We haven't had painting weather for awhile.

That red bird has its tail feathers in the air ready to strike , Nice job there Gus of I.A. ..navion34  looks good man yes I sometimes wish I would have gone with the tanked engine . Rusty that would have been way too easy !!??

I am not sure if it's just my phone, but this photo came out small. I am re-posting it because it's cool and should be seen. 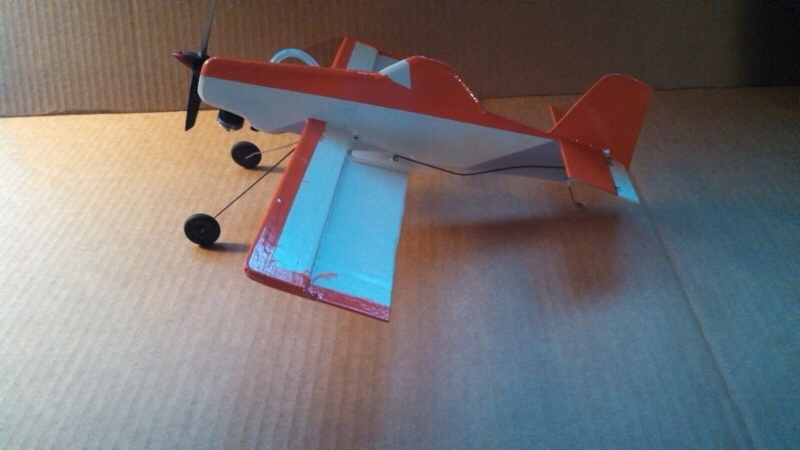 @Cribbs74 wrote:I am not sure if it's just my phone, but this photo came out small. I am re-posting it because it's cool and should be seen.

I think I grabbed the thumbnail link, like I usually do.

"Rare Bear", a highly modified Grumman F8F-2 Bearcat built in 1969 by Lyle Shelton and flown to countless victories at The Reno Air Races. The Rare Bear is credited with a 528.33 mph over 3 km World Speed Record in 1989. This early 2000's version was flown by Pilot John Penney. 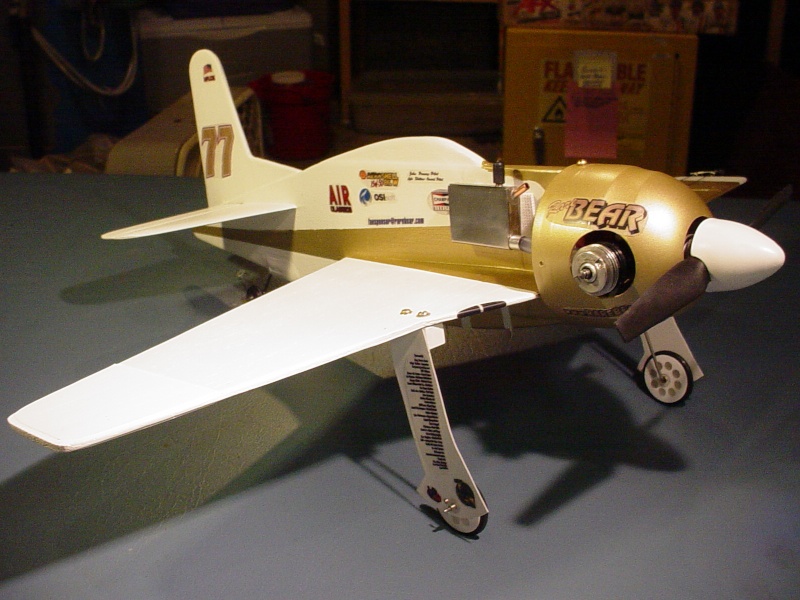 Thanks very much guys!

Jeez Roddie. The plane, tank, paint, spinner, graphics.
Each one, over the top, and all in one aircraft.
Excellent work.
Rep+
Bob

Well guys, I didn't make it yesterday and I have to work all day today, then teach classes until 9ish tonight. The little P-40 will have to be a fun fly plane.

@roddie wrote:"Rare Bear", a highly modified Grumman F8F-2 Bearcat built in 1969 by Lyle Shelton and flown to countless victories at The Reno Air Races. The Rare Bear is credited with a 528.33 mph over 3 km World Speed Record in 1989. This early 2000's version was flown by Pilot John Penney.

I've still got to build my landing gear tonight after work but I'll be almost ashamed to post a pic now.

@roddie wrote:"Rare Bear", a highly modified Grumman F8F-2 Bearcat built in 1969 by Lyle Shelton and flown to countless victories at The Reno Air Races. The Rare Bear is credited with a 528.33 mph over 3 km World Speed Record in 1989. This early 2000's version was flown by Pilot John Penney.

I've still got to build my landing gear tonight after work but I'll be almost ashamed to post a pic now.

Mike.. A friend of mine always used to say; "Paint and Chrome.. won't get you Home".. He used to enter his 327 Corvette V8 powered Chevy Vega at car shows, against guys who had these gorgeous machines with bolted-on chrome goodies.. but their cars didn't even run! There were no pistons in the engine! They were winched in/out of their trailers and not even driven to the show. Performance is the real test of any machine.

Pressure is on guys! Drink some coffee and hit the grindstone!

Just taking a fried chicken break. Back to the shop for the end run. I have until one minute before 2:00 AM EDT. If it ain't done by midnight, I'll post what I've got. If it doesn't quite qualify, too bad for me. About all I have to do is cut and glue the tail feathers, Linkage, LG and paint. I can do that.

I hate to make a man rush a otherwise enjoyable fried chicken break. Let's extend the deadline for posting photos to midnight Tuesday the 2nd so everyone who wants to can compete. Barring extreme weather video deadline will still be the 18th.  If anyone has Dukes contact info please give him a shout and let him know he's still in the running.

Dang, I have another day, thanks Jim. I only have to work during the day tomorrow, I'm just about to start teaching tonight. 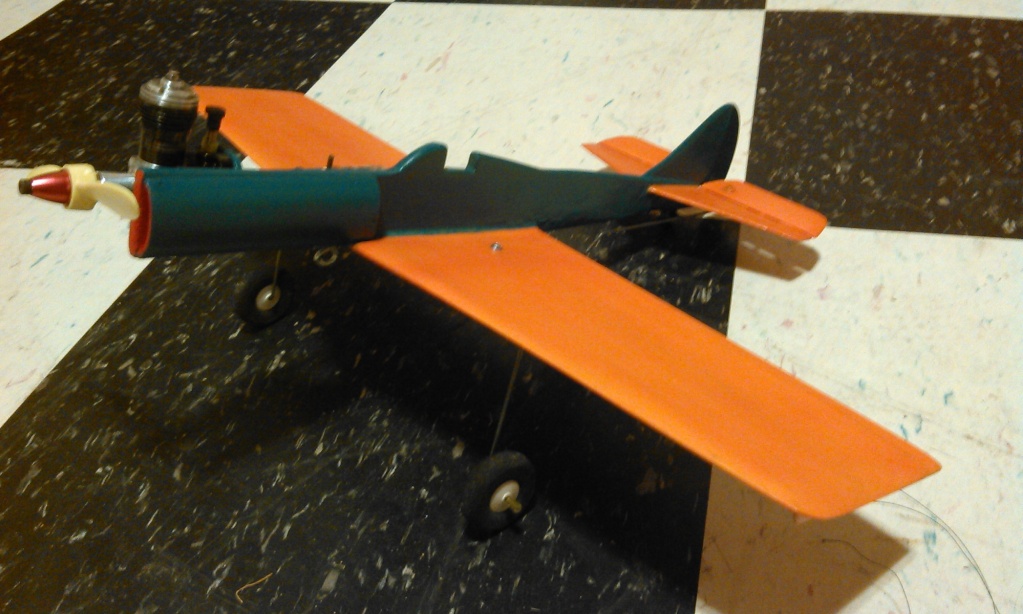 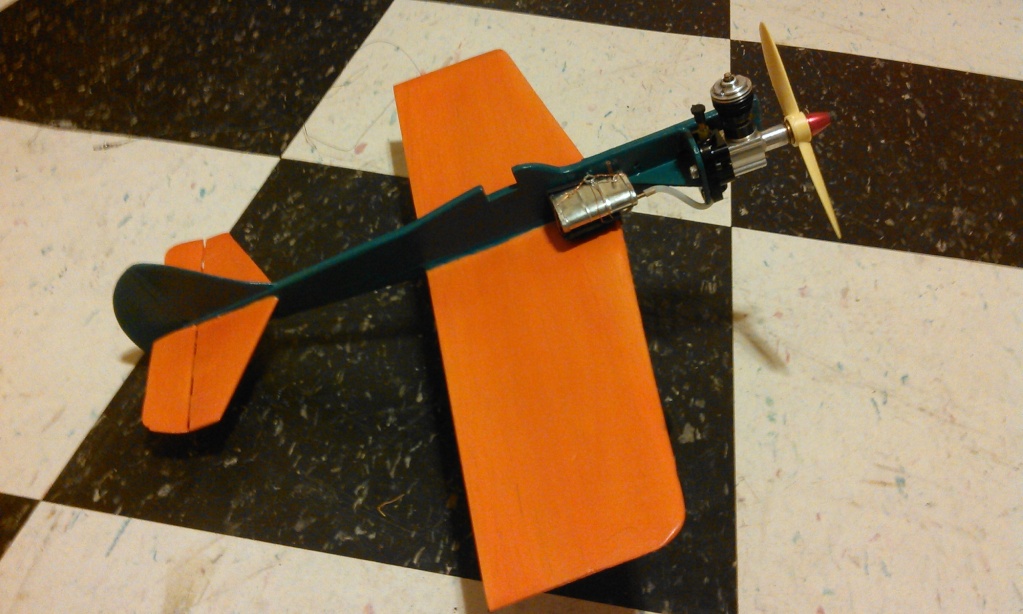 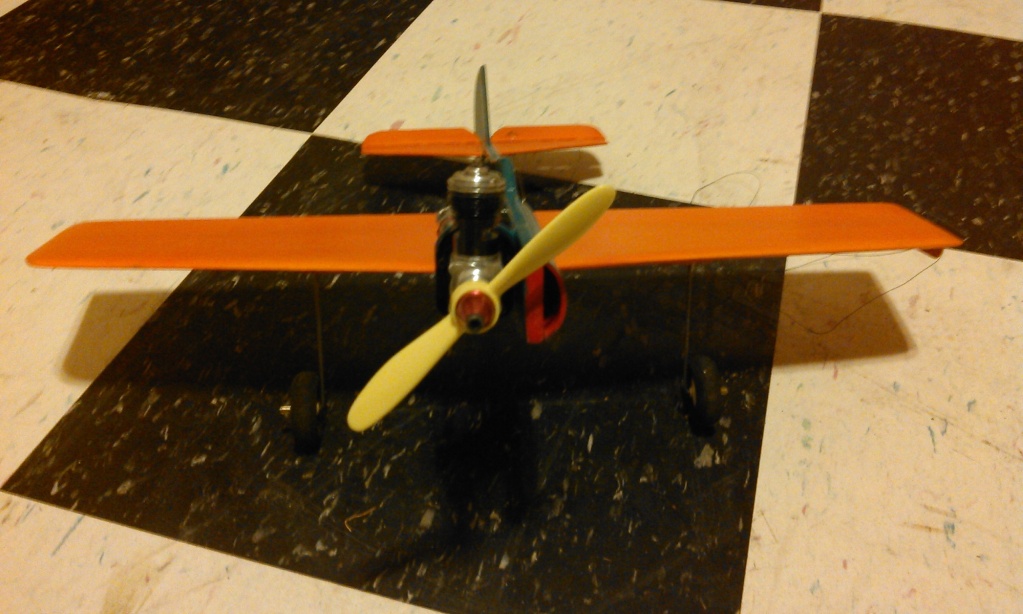 The P-40Q was an experimental project which attempted to produce a really modern fighter out of the existing P-40. The modifications were in fact so drastic that there was very little in common with earlier P-40 versions.
Two P-40Ks (serial numbers 42-9987 and 42-45722) and one P-40N (serial number 43-24571) were extensively modified with revised cooling systems, two-stage superchargers, and structural changes which markedly altered their appearance. The project was assigned the designation XP-40Q.

The first XP-40Q was P-40K-10-CU ser no 42-9987 fitted with a new cooling system, a longer nose, and a four-bladed propeller. The radiators were moved into an under-fuselage position, with intakes between the undercarriage legs.

The proposed production models of the P-40Q were to have carried either six 0.50-inch machine guns or four 20-mm cannon, but the XP-40Q was still inferior to contemporary production Mustangs and Thunderbolts, and development was therefore abandoned. Consequently, the production life of the P-40 ended with the N version.

The second XP-40Q was briefly used for postwar air racing. Registered NX300B, the second XP-40Q was an unauthorized starter in the 1947 Thompson Trophy race. It was in fourth place when it caught fire and had to drop out of the race.  GETBACK! was inspired by this being different than the p-40 itself.

Okay Folks here it is, Looks like I just squeeked under the wire.

The wheels are just some thing I pulled out of a kit as I haven't had time to finish the ones on the lathe. Also, I had some trouble with the paint I wanted to use. It wasn't very chrome and I was doubting its fuel proofness. So I resorted to covering with Monokote. I'd heard the new Monokote was really bad but the chrome REALLY STINKS to put on. Unfortunately the hobby shop did not have any chrome Ultracote. The Blue mono wasn't too bad but its still not as good as the old stuff was.

I had also ordered some graphics from Callie Graphics but they never showed up so its pretty plain jane.

What's it patterned after? If you mentioned it before please forgive me as I must have missed it.

What's it patterned after? If you mentioned it before please forgive me as I must have missed it.

Its patterned after the 2013 version of "Czech Mate". A highly modified Yak-11 with a P&W R-2800 for Reno Racing. It came in Second to Miss Ashley at last years Reno.