At first I thought I had bust this one. I like the angled back needle valve keeping my fingers away from the propeller.

These are great engines

They need a little extra care though, on some the ballbearings were not set-up right, and they do need a bit of running in, but then they perform great even on the super quiet (resistive) muffler that they come with.

The cylinder can also be rotated for a rear exhaust which make for a nice installation; 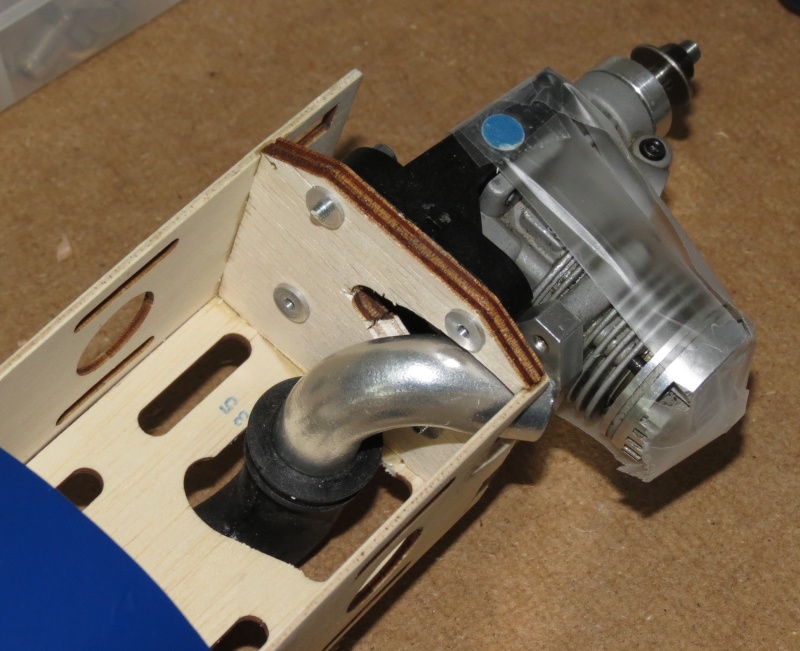 I have found that the MDS engines generally have a bad name - they are berated in a lot of forums and because of this they are available "used" very, very cheaply.

This one was no exception. Fully boxed with instructions £10.

I inspected in quite carefully with a limited strip down and it was immediately obvious that this engine had been started but not run! It was spotless wih limited castor/oil soiling. It had been run with castor oil and so as the fuel had evaporated over storage it was "goopy" in places.

It started - second flick but it gets tight. Not surprising - this engine needs running in!

I have come to the conclusion that a few modellers buy engines and don't appreciate that there needs to be a running in and fettling period. The more the merrier - I just scoop them up "as new".

I agree, Ian. I got an MDS Pro .46 R/C engine for a song off E-Bay. I bench ran it fine, plenty of power, large chamber muffler is a little heavy but I gather that it woud be less likely to rob power versus a small chamber muffler. I've heard of varying issues with quality control at least on their earlier offerings, and the one I have is an earlier one. But this one is a keeper. 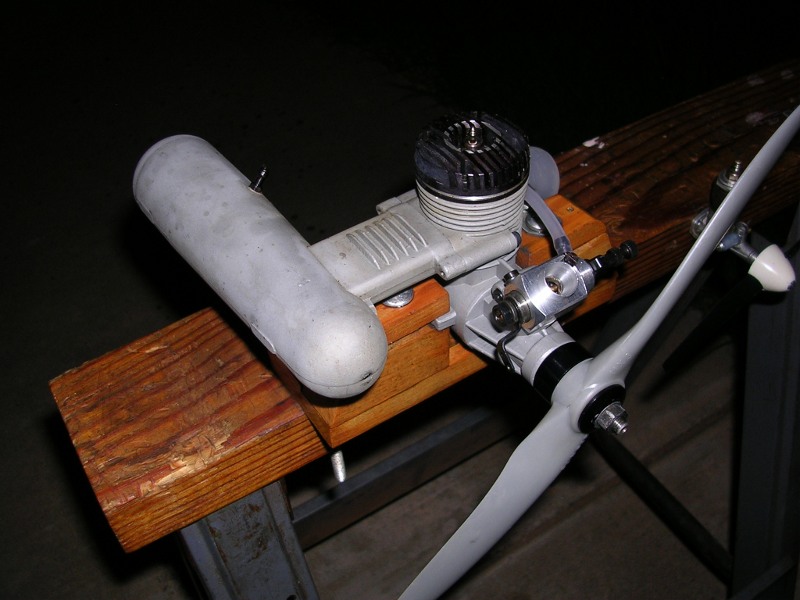