Log in
Search
Latest topics
» *Cox Engine of The Month* Submit your pictures! -December 2022-
by GallopingGhostler Today at 6:24 am

This is a copy of the note I just posted on my Facebook Page.  I'm apparently NOT saturated enough with other assorted hijinks, and now have chucked this into the pile.

I blabbed about this a few years ago, then the project stalled and got shoved back in the corner. Gonna try to "Make It Fly" this time, and have some people who are gonna hold my feet to the fire to get it done.

Since I have designated 2014 as "Get It Done Year", I've restarted work on a project that's about four years old.

A while back, a good friend of mine gave me an "ARF" Sailplane Kit. "ARF" stands for: "Almost Ready to Fly"...(though their owners sometimes have OTHER words to fill the acronym!)...meaning that the major components of the plane have already been built, with the owner responsible for "gluing the big stuff together" and installing the radio gear.

Everyone knows that I love sailplanes for their grace and stability, AND for their weird, otherworldly ability to stay in the sky long their engines have stop running. A very popular size of these planes is "2 Meter", or about 6 feet in span...hence the "2M" on the Explorer's wing.

I struck upon the idea of using the plane as a fundraiser, much like the "Little Travelers" did for St. Jude Hospital....this time doing it for the Breast Cancer Fundraisers that take place in October. Other projects pushed it to the back-burner, and it's collected a little dust.

I intend to now revive the project for this cause, and see how much money we can raise (like many of you, I've several friends who have battled--and continue to do so--this terrible disease). I'll shortly set up a Facebook Page for this deal, once we get more of it figured out.

Miss Beth's daughter, Madison, will be the director/coordinator, and the Think Tank for the Explorer Project.

Unlike my other sailplanes, Explorer will have landing gear and a throttled engine. The engine itself is a "Pink Panther .049" from my pal Bernie's company "Cox International". The throttle assembly is also from Bernie.

I'll be airbrushing some "Appropriate Pink" across the plane's wings and tail surfaces, where we may be having donors' autograph it with Sharpie Pens.

As I said, we're still making this up, and any ideas will be appreciated, and figure on having some fun while helping with this great cause. 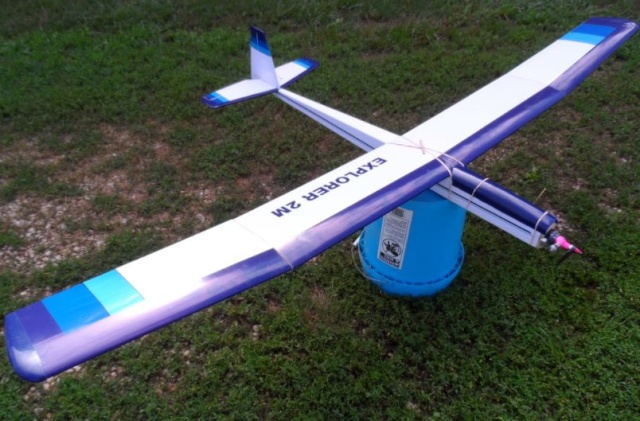 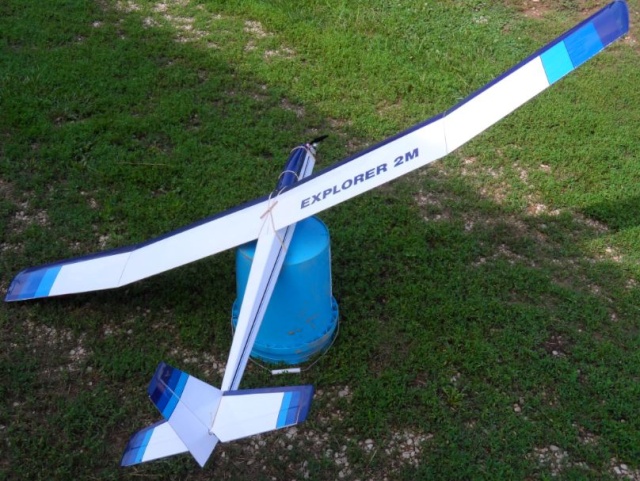 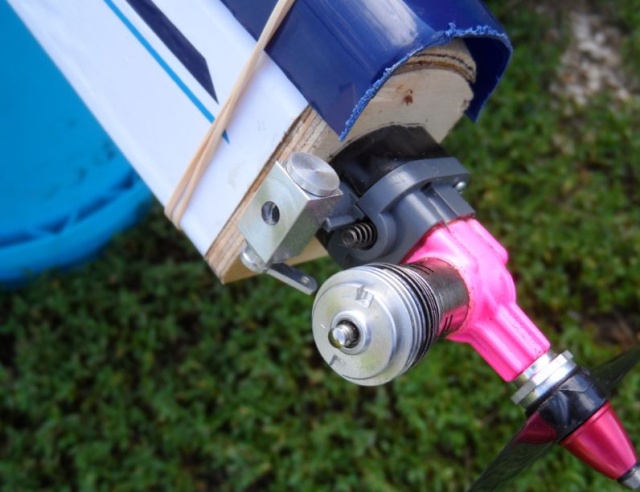 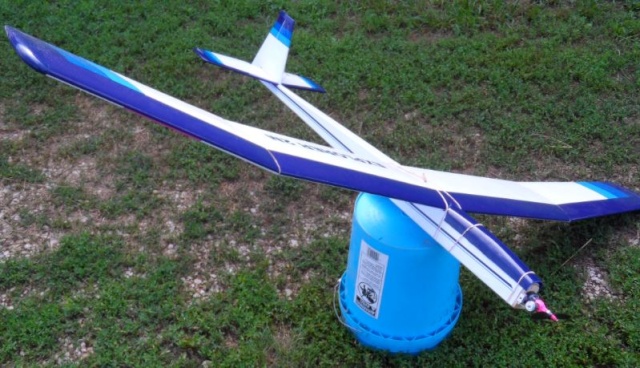 A noble cause and a verry noble deed Kim.
Count on me to ante-up when the project takes shape.
Thanks for doing this.
Bob

Kim: Why not use an engine wingpod to keep all the castor from getting into the planes nose area? You used a pod on the BOT.

happydad wrote:Kim: Why not use an engine wingpod to keep all the castor from getting into the planes nose area? You used a pod on the BOT.

Just breaking away a bit HD.  The front end is just cobbled together for the photos.  There's a sizable chunk of balsa back, under the canopy which will be deftly hacked to some semblance of aerodynamic shape, with a much better fit to the canopy.  This will also help with running the fine little push wire for the Pink Panther's throttle body.

In the 1980's, I lopped off the nose of my Allure Sailplane, installing a TD .051, and received my first lesson in just how fast a slick 2 Meter will go with a healthy engine in it's snout !

Also caught a lot of grief for my ugly color scheme...black undersides and gray upper surfaces. While I never followed through, I'd intended it as my first "Spy Plane" ! 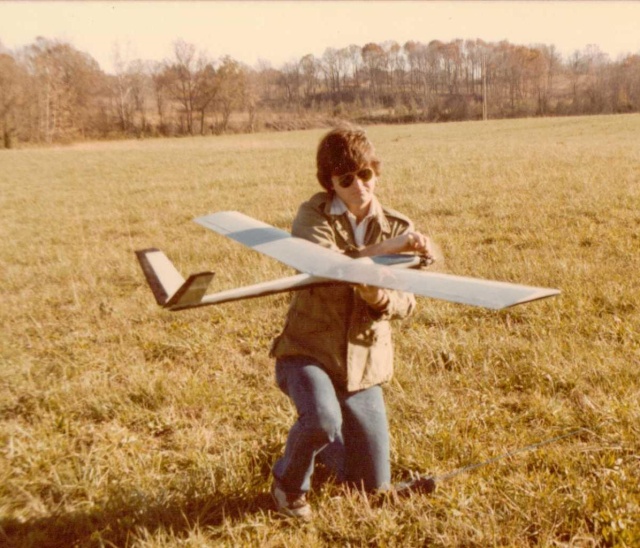 Similar topics
» Run or save?
» Save Those Boxes
» Oops I did it again.
» Jerobee how To save how to fix a broken frame
» Save your old CA glue bottle tips and the old bottles.