Dang, I leave this place for a day and have hours of topics to read. I'll write this post and go watch a couple of episodes of Doctor Who on Netflix first.

Anyway, it was cold and windy at the Fort this morning. Well, all day. Wayne and I got there at 10:00 and flew until 4:00. The wind was stiff but steady blowing right up the runway, so not much swirling. I took the Ukey and the Magnum. Wayne took this funny take-apart Ringmaster designed by Eric Rule and built by Mike Griffin. Eric sent one to Wayne to convert to electric and collect trimming information for future builds. He also brought his Pathfinder/Super Tigre 51(fifty something) for some serious pattern flying.

Not much to report here than most of our excursions, except one thing I consider an accomplishment... I flew all day and would have gotten pattern points on every flight. I did not bust one stunt all day.

Wayne was flying the Pathfinder when a big twin rotor Chinook thundered over, under treetop level. I swear I thought I was about to see it clip a pine tree. Wayne was trying to figure out how to bail if it landed, but it kept on going.

This past Sunday, a bunch of the Philly Flyers did make a turn out. Not much flying however. I finished up a hand launch glider The Texas Boll Weevil. We had tremendous flights after some needed trimming. While the winds were up I thought it would be best to wait until the evening to get some timed flights. I know for a fact that on a hot day we will with 100% certainty lose this glider. I'm a big fan of rubber power free flight planes. I have one currently in bones waiting covering which is called the Hobbit. This is a P-30 free flight and I can't wait to put some winds on it and set it free. Ken

I enjoyed your reports guys. Windy cold days and your still out there.

Me, I'm hunkered down inside while snow and ice cover the field beside my house. I had cut a 70' circle out there last fall and never got the chance to use it. Better days are coming.

Man, I'm counting the weeks.Four more till March. That's just a teaser though, Eight till April. Hope it thaws out soon up there. You probably wouldn't even have been cold at our field yesterday.

Ken, are there affordable tracking devices for freeflight planes?
Rusty
_________________
Don't Panic!
...and never Ever think about how good you are at something...
while you're doing it!

I'm pretty certain they're available. I don't use them and I do this strictly for fun. There's not many places to fly these around here and they generally end up too high in a tree or they just fly away. I love that and hate it at the same time. I'm going to be covering this weekend. Here it is without rudder or nose block. 30" wingspan and a pretty long fuse. Prop is a 9" wide blade. I'm going to be using a snuffer tube for a fuse style dethermalizer on the stab 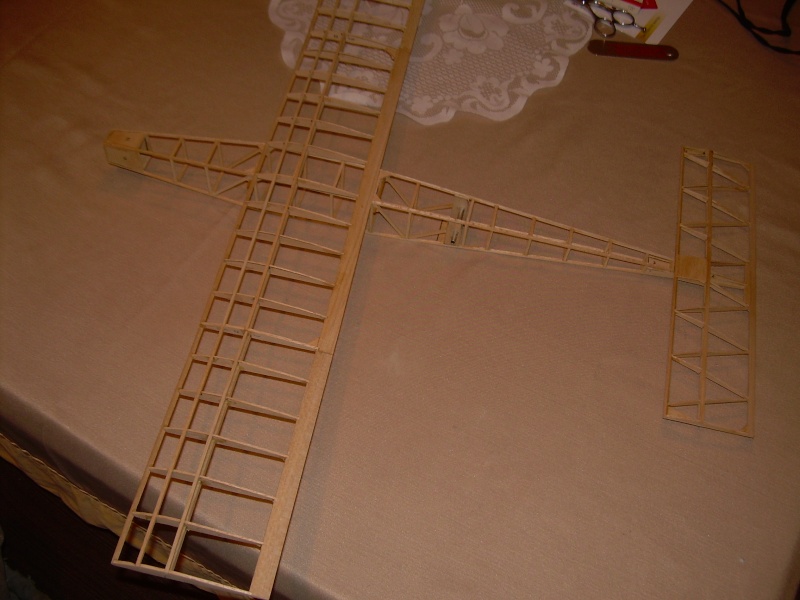 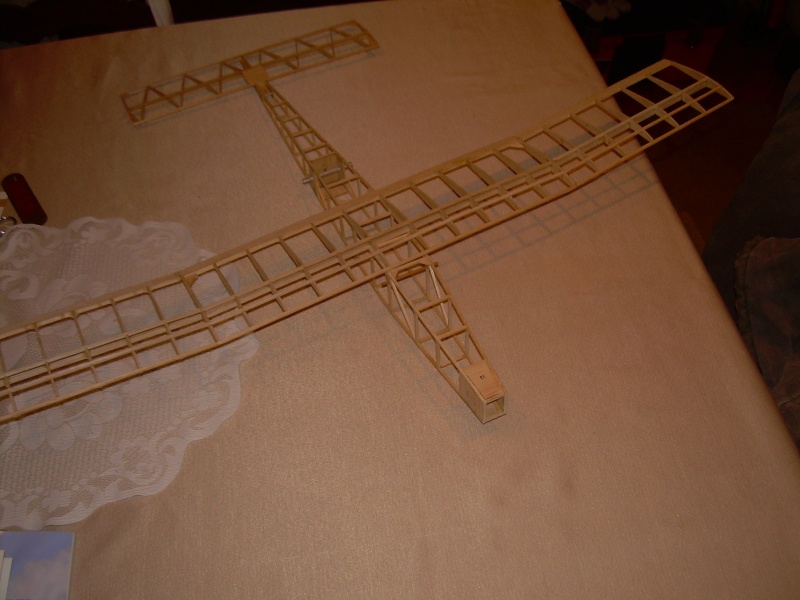 That's nice Ken. I really love seeing the open wooden framework of any model.. no matter what it is. (maybe that's why so many of mine aren't finished yet?...)

I had wondered what type (if any) de-thermalizer you were using. It must be hard to decide just how long a duration before it activates. You want a nice flight naturally.. but at the risk of..........

I've never tried free-flight. What will you be using for covering? Have you ever built a "high-start" launched glider?

Rusty... I love hearing of your experiences at the field!! Glad you got some good flying in.. especially being challenged by the wind. The Chinook heli fly-by made the hairs on the back of neck stand-up.. and I wasn't even there!! 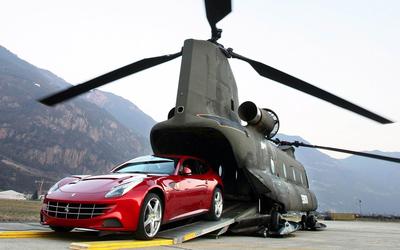 roddie wrote:Rusty... I love hearing of your experiences at the field!! Glad you got some good flying in.. especially being challenged by the wind. The Chinook heli fly-by made the hairs on the back of neck stand-up.. and I wasn't even there!!

Thanks Roddie. I like to write about my adventures. Writing is one of my top hobbies, so I'm always glad to hear when readers are entertained. I was a little thin on the story-telling this time, but that Chinook was a real treat as well as a scare. I really thought it was going to clip a pine tree. It might have just cut it down and kept on going though. Wayne started flying high to be visible. We have a sand pit we call the beach or the desert. He could have run over towards it and ditched, but that would have sucked as he just put new ball bearings in the ST.

Next time the weather's good I'll be back out there. I'm glad I can see some decent advancement in my pattern flying. I'm usually a little frustrated. I never thought it was going to be easy except for right before I tried it. But I have come to grips with the fact that I'm just not a natural like a lucky few people are. They sure do make it look easy though lol.
Later
Rusty
_________________
Don't Panic!
...and never Ever think about how good you are at something...
while you're doing it!

Rusty.
I still don't get how you have so much control holding your handle the way you do.  Bigger stuff with more line tension I can see, but underpowered 1/2A stuff would be a recipe for disaster in my hands if I tried it.

Oldenginerod wrote:Rusty.
I still don't get how you have so much control holding your handle the way you do.  Bigger stuff with more line tension I can see, but underpowered 1/2A stuff would be a recipe for disaster in my hands if I tried it.

You're not the only one that wonders about that. I've had lots of people say it looks like a good way to plant it. But Why, Rod? One line makes it go up and the other makes it go down. I just move my wrist in the opposite direction to make it do those same things. At 1/2A day after my engine shut off and I was landing I heard someone sounding almost like they were complaining about the way I hold it. I don't know who it was but I heard Wayne saying, "Hey, it works for him.". Fairly lately I've been looking to see what my grip looks like, and I am also rotating my right arm about 30 degrees ccw, or to the left. I can see how that looks really strange to conventional handle holders. More than a few have insisted I change if I expect to advance.

I honestly wish I did hold it like the rest of the world. It makes it difficult for me to train someone or to describe a maneuver using gesticularity. Lol, I just made up another word. I've been reassured by the stunthangar guys that there are several experts that hold the handle goofy handed too, so I'm not completely alone. I'm interested in thoughts and opinions on this, as it is sort of interesting and sort of funny. If I ever run into the ghost of my Dad, that's going to be on my short list of things to ask him about. Or maybe fuss at him about.
ytsuR 'nikcoR
(