Take a guess at this one

Take a guess at this one 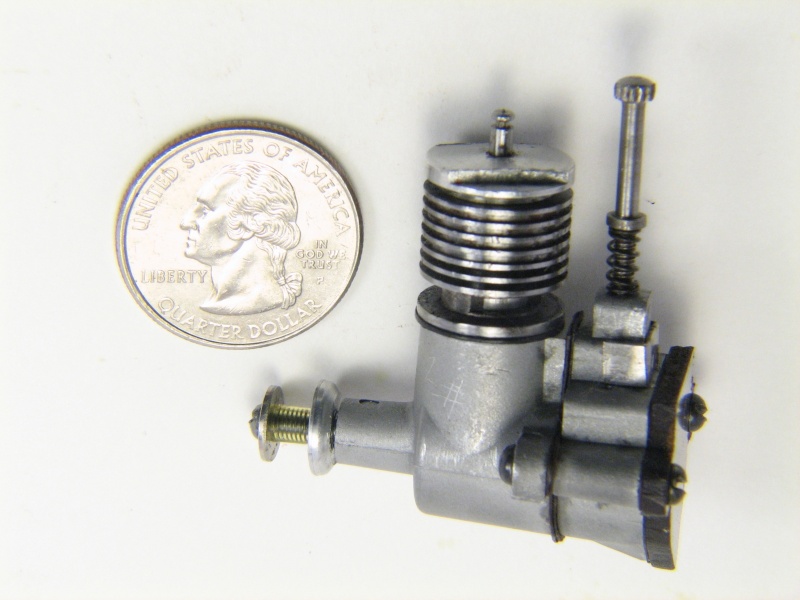 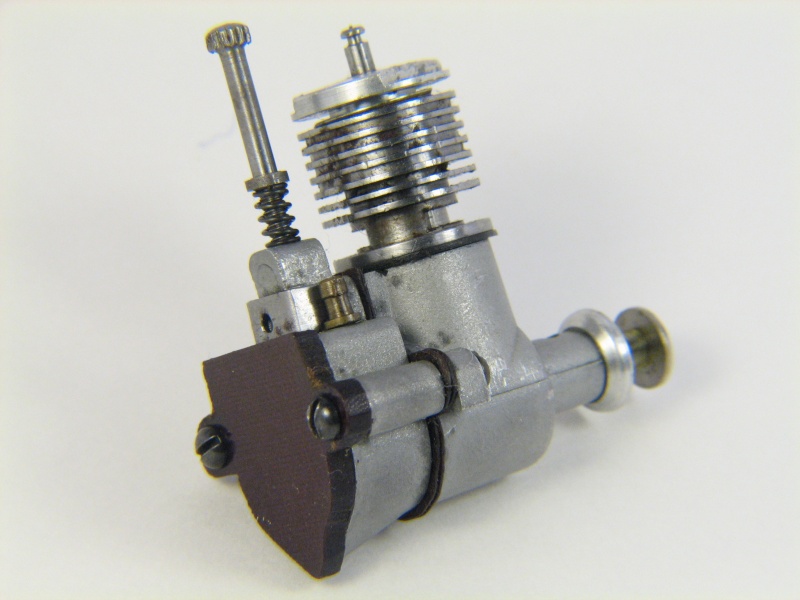 Hmm...Fox it's looks fall in line with them

It is one of those 25 cent American coins!

I agree and you put it in a money Box which rhymes with Cox.
ok we got that one, give us another one

It's a Fox! Prolly one that duke buried out back of the factory.

Almost certainly a Fox prototype but strange. At first I thought an 049 (these are also sometimes difficult to tell apart from the 07s) but the glow head is unusual.

It looks as if it has been machined down and reduced in size.

It could be a reedie but what seems to be a venturi hole is not central.

The position of the needle valve doesn't give much room for a rotary valve. 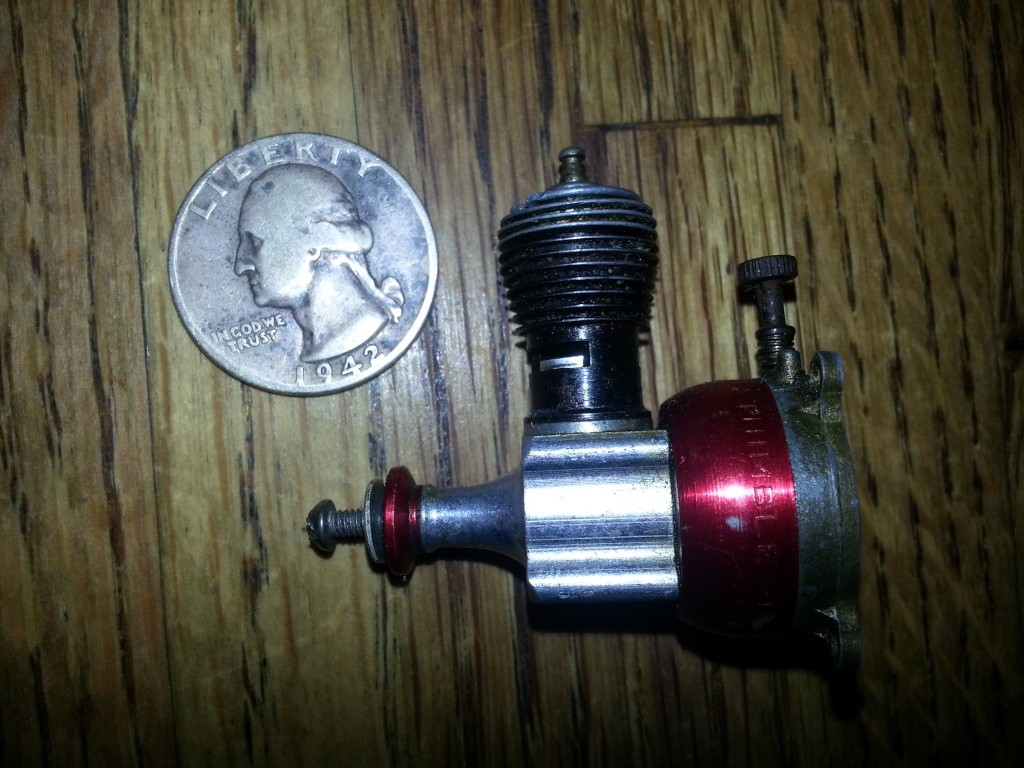 On my first visit to the AMA Museum (officially the National Model Aviation Museum) in Muncie, IN I got my first look at the little Fox .018 prototype. The engine was mis-labeled as an .024. Frank Anderson’s Bluebook had shown and listed this engine as a 1959 factory prototype with 6 believed to have been made. Frank said the engine pictured was now owned by R. Wilkinson. How lucky was Mr. Wilkinson!

In 2002, I had been surfing the Internet and found the US Patent Office’s site. I nosed around and found Duke Fox had been busy since 1982 filing patents for his bicycle engine, the .018, an ornithopter (?) control system, 2 stroke porting, and piston ring manufacture. The .018 patent was filed in 1984 and granted I 1985. I printed the Bike, .018, and porting patents, but didn’t read them very deeply.

I next visited Muncie in September 2004 for MECA EXPO V. At that time, Pesky Editor Tim Dannels arranged with AMA to get into the engine cases and do some photography. He found the little Fox was actually a dummy. It had no crankshaft, no piston, a dummy needle valve, and an open tank. During the engine exhibit breaks, who showed up but Bob Wilkinson with his little .018! We talked a lot about it and I took pictures of it. He had purchased it from another collector. Bob had talked to Betty Fox (Duke had passed) about the engine. She said 6 were made, but only 3 were left. One in the AMA Museum, one in another collector’s hands (name unknown), and Bob’s. Bob didn’t want to part with the engine at that time, but I told him to contact me if he ever did.

I remembered the patent for the .018 and told Bob, I would print it off and send him a copy. When I got home, I printed the copy and read it. It described a rather unique conrod. I sent the patent on to Bob and asked if he would see what kind of rod was in the engine. He VERY generously carefully removed the tank and lo and behold there was NO conrod!

In 2005 I was searching magazines for Fox ads and came across the May 1987 “Duke’s Mixture” where he mentions the granting of the .018 patent and others; an excerpt is shown.

Beam forward to 2008 and Bob was ready to part with the .018. In early 2009 we consummated the deal and I was the proud owner of an almost unique piece of Fox history!

I took the engine up to Toledo in 2009 and showed it to Charlie Thacker at Fox.
He looked at it and remember the project, but said he was never really involved. He did remember having an envelope of the conrods in an envelope in his desk! He very graciously sent them to me!! I now may have the only complete Fox .018. I would love to find the other one and see if it has a rod and if not I’d make one available to the owner! 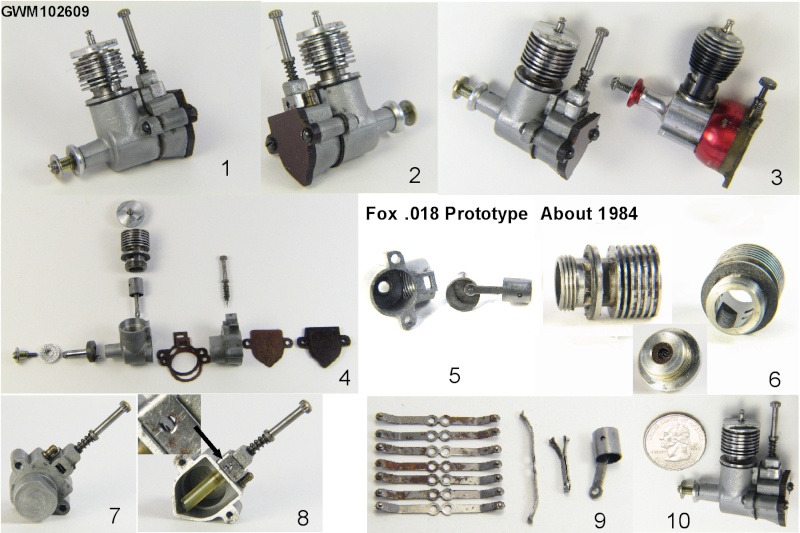 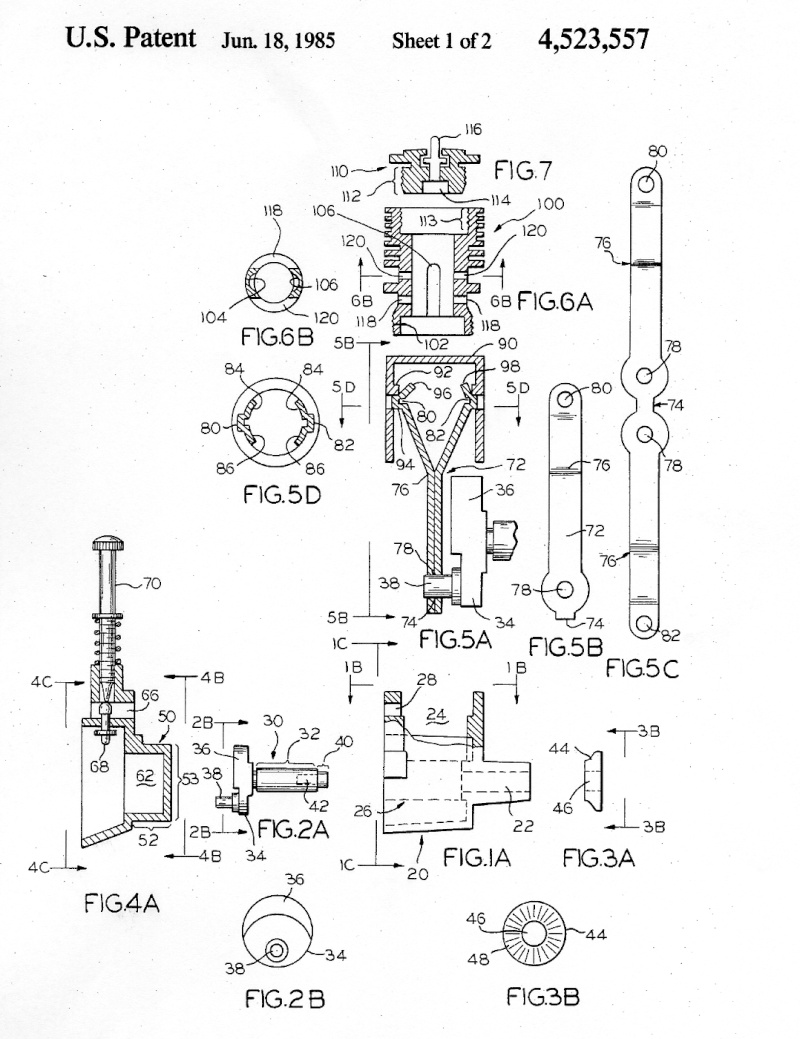 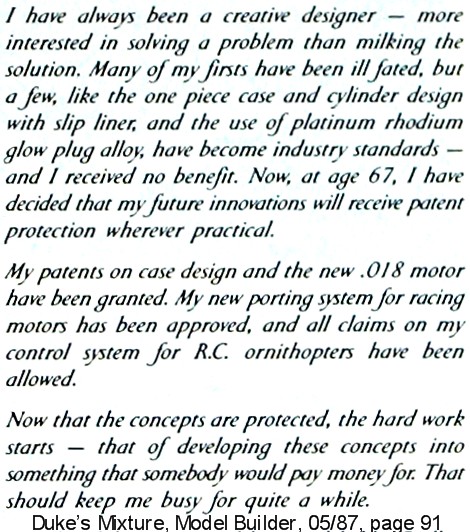 Thats really cool, what luck to find the conrod, thanks for sharing that bit of Fox history.

I should have realised that this was a side ported engine but I wouldn't have expected to see that in a 1985 engine. A good idea though, to include it in the crankcase.

Wow, that's not just one but a whole bunch of crazy ideas there!
A piston ported .018 engine is certainly original, as if the conrod solution wasn't enough...

Thanks for posting this, what a great little engine!

I read/heard that someone broke into the factory and stole some of these engines?

I also read/heard, there was an engine that Duke decided not to sell and buried them some place on the property. What engine was that?

p.s.
I love the AMA museum, when I was flying stunt at Nats, i ran over there between rounds and copied a bunch of 1/2a info from their huge magazine collection. I didn't have a lot of time and the guy working there was pretty neat, he helped me find all the particular issues i was looking for, i had a list of engine reviews i was looking for, got'em copied and got back to circles with just a little time to spare!