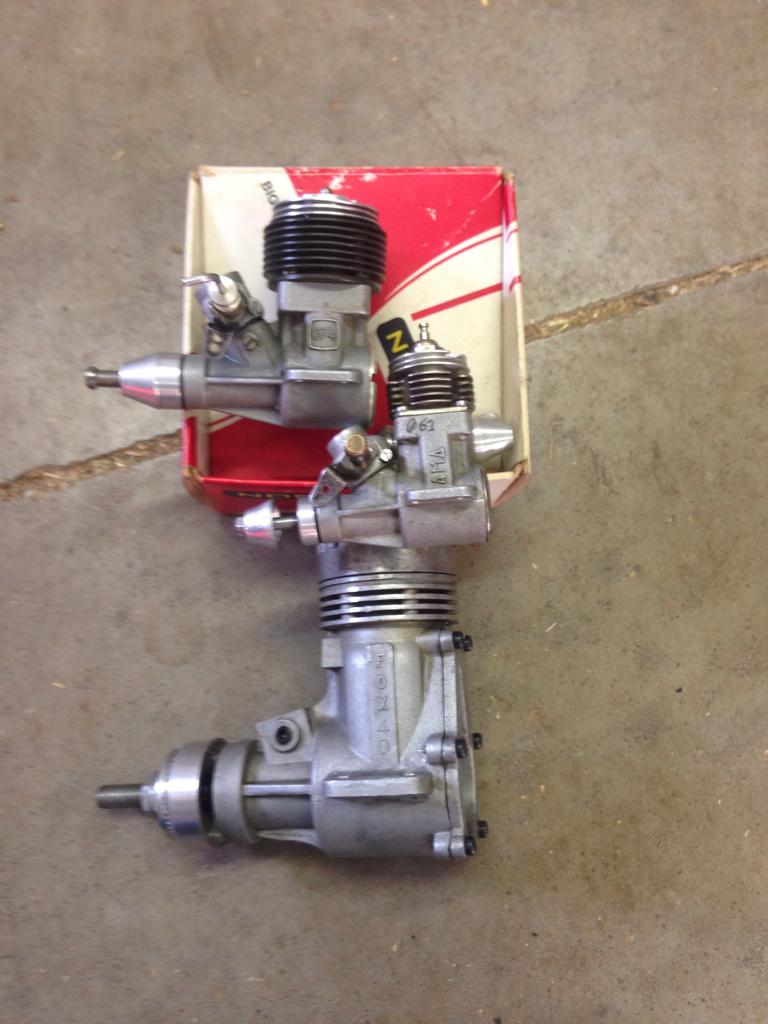 Super Score !! Theres a swap meet coming up around here in Feb. will have to be there , may only bee checking it out if I cant get some coins together

Ron, didn't you FUBAR one of the Woolard .40's you were flying? Would the .40 you show make for donor parts? The .074 is a neat engine lending as much power as a modern .10. Problem with the .074 is finding props that suit it. It's one of those engines that fall in between prop sizes. I did find for control line use that Master Airscrew makes a 6.3 x 3. The Cox grey TD .09 prop the 7 x 3.5 works but it puts a lot of load on it. It's one that likes to run all out. But, this is also an engine that's very light for it's power. One of these would be very nice on a laser cut Ring JR or small .15 sized planes. I had one on a 1/2A pathfinder but taming it down was problematic. I was flying on 58' lines and tweaking props to flatten out the pitch as this thing had me flying combat and not stunt. For whatever reason, they also chose to use a fairly substantial prop screw which requires you to really open up the hole. This makes the prop specific to this engine only now. Ken

Yes I did grenade a Woolard .40 in Wichita. I already repaired it though, problem is I cut too much out of the bypass and killed the performance. I bought the one above to remedy that.

Thanks for the info on the .74, it was super cheap. Thought about the Jr. Ring when I bought it.