@Ken Cook wrote:           ...It wants to snort, fart, and backfire or all of the above. Don't prime through the exhaust with the glow plug clip on, wear a glove when flipping. The engine likes to be wet when starting. Don't be alarmed if fire comes out of  the exhaust port when initially starting.

Lol, no kidding. When I got my first Fox .35 from Cribbs, Ken was most helpful in getting me cranked and running, and then flying. The first time I tried to crank it, the thing slapped the chicken stick out of my hand. I retrieved it and hiked back to the test stand, gave it another flip, and it did it again. I usually refuse to grant respect on demand, but made an exception in this case. I put on heavy leather gloves and got her cranked... until the fuel line vibrated off the nipple. I fixed that, and then it ran till the fuel tank vibrated off its mount. I fixed that, and it ran till the fuel completely foamed. I finally met it halfway, we came to a mutual agreement, and it happily flies my Yak-9.
Rusty
_________________
Don't Panic!
...and never Ever think about how good you are at something...
while you're doing it!

I have officially bought the engine for $20 cad! 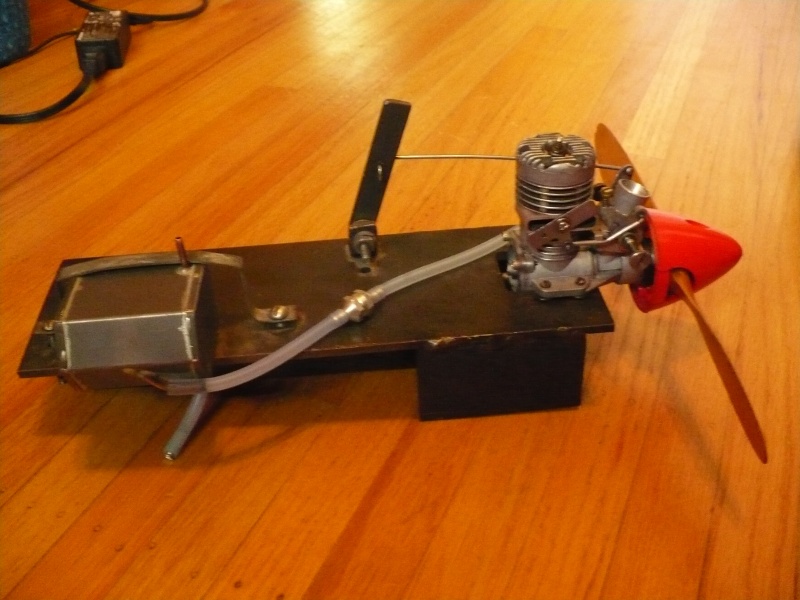 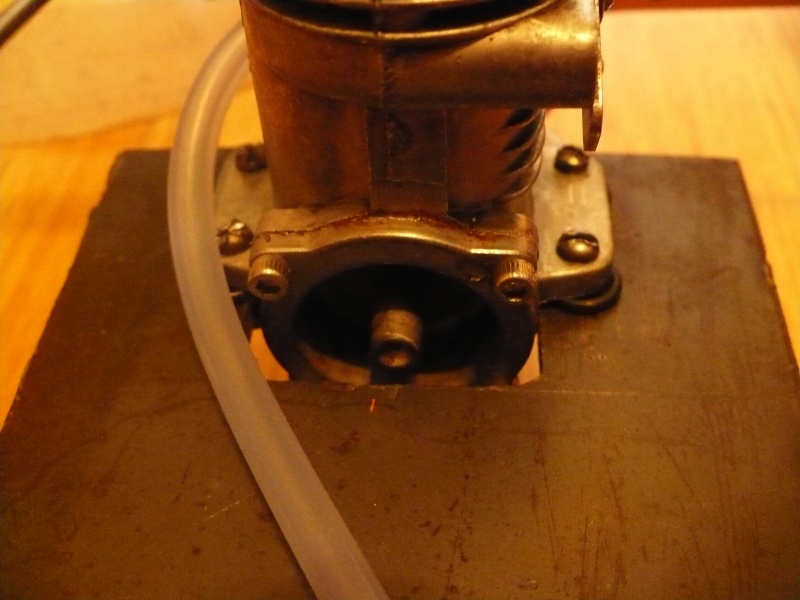 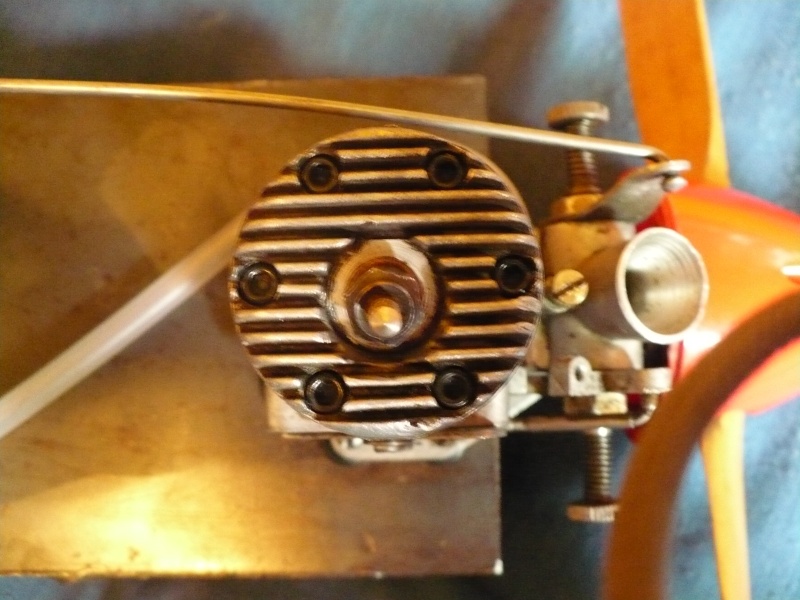 all I have to do now is buy some fuel and try it out!

Those Fox twin needle carbs are tricky. You adjust them pretty well opposite to other carbs. I'll dig out some adjustment instructions and post them here.

@RknRusty wrote:Alright, Max! Get a video camera on that thing if you can.
Rusty

Will do so asap!!

Make sure you clamp down that test stand very securely. Don't need a trip to the hospital the first time you start it.

Ditto what Ron said. Be safe and have fun with it.

This engine was derived from the 36X.  I doesn't have any ball bearings but a single needle bearing in the rear.  The front of the shaft runs in the case material.  This was a VERY successful bearing setup that lasted for over 10 years.  Fox did make a 36 X "Custom fitted for combat" that had a rear ball bearing.

This throttle engine has a THREE needle carb.  A very good carb, but too complicated for most.  A very special version of this engine was for events where no ball or needle bearings were allowed.  Fox made this in single speed and throttled versions.  These used a bronze crankshaft bearing and had a "P" stamped on top of the right mount.  AMA had a Profile Navy Carrier event where the throttled version was used.  Several clubs had combat and racing events where the single speed version was used. 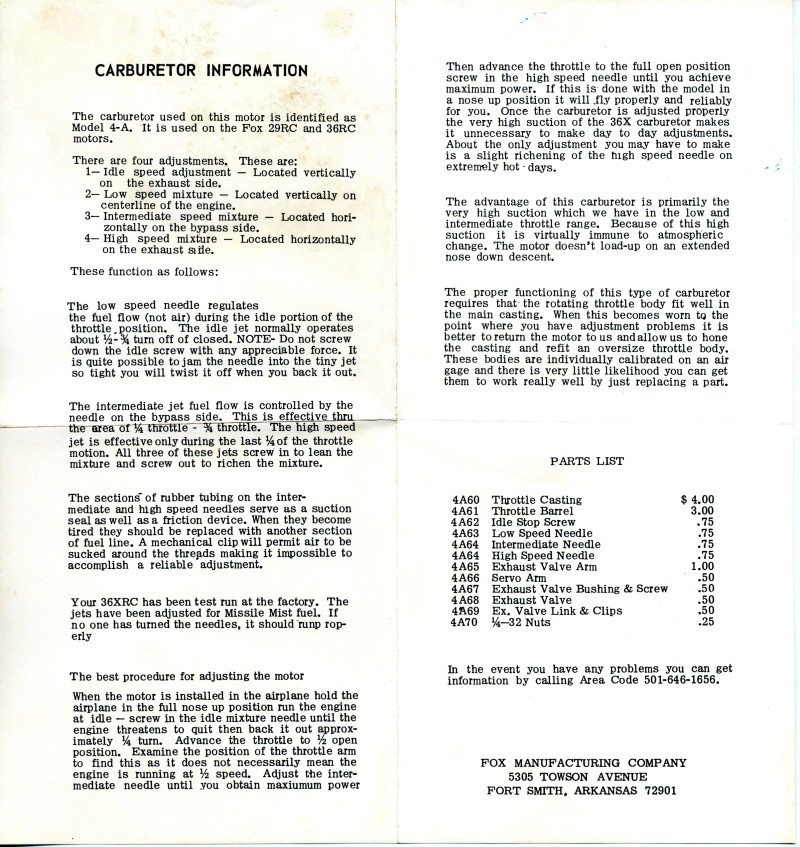 Here is the 1971 36X Profile Carrier Special with the Bronze main.  The "Bronze Main" sticker wasn't permanent and most were lost.  The bronze bushing was a short piece that replaced the needle bearing cage, not a full length piece.  The carb had a larger bore than stock. The "P" can bene seen on the top of the right lug. 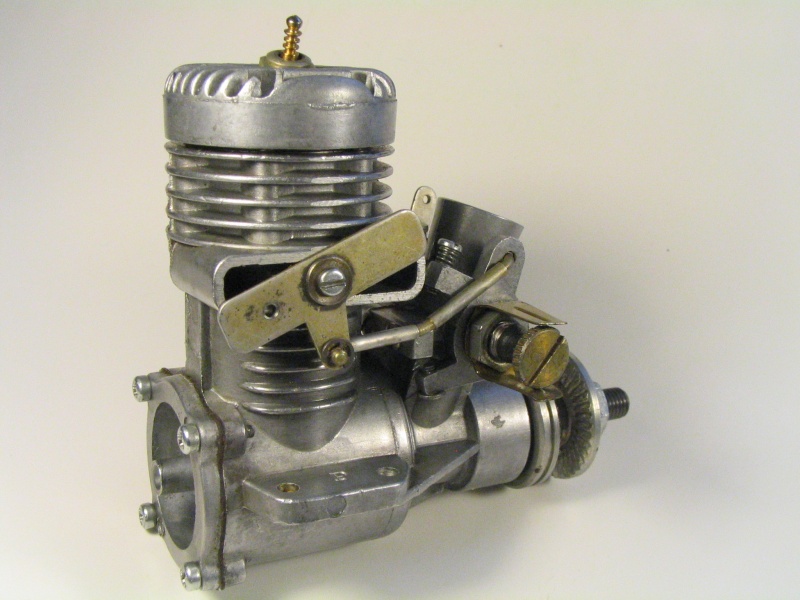 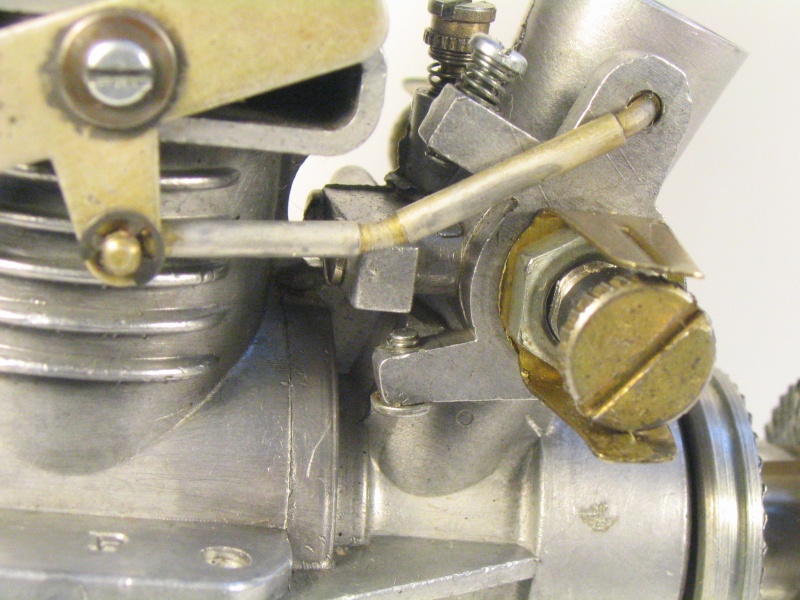 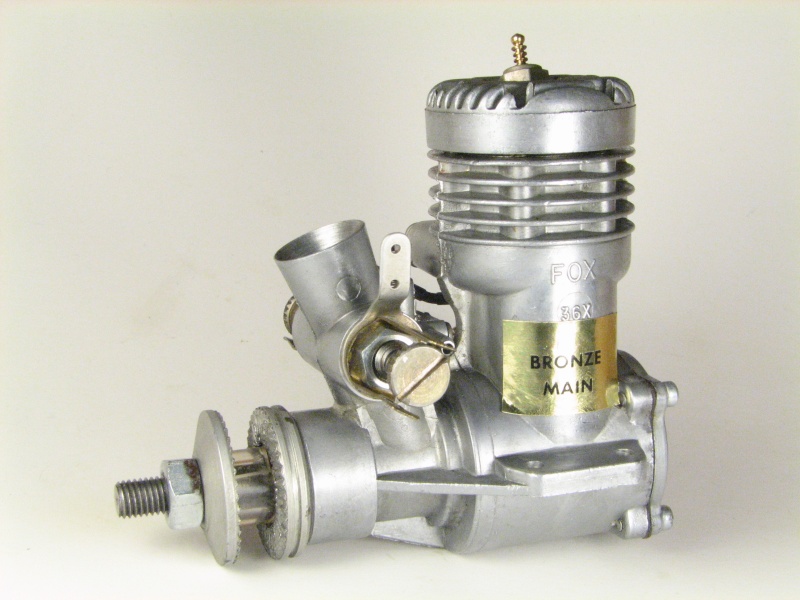 Here are the instructions for the 1965 36Xs.  Virtually unchanged until they were discontinued in 1972.  The parts for the standard needle bearing engine and for the "fitted for combat" BB engine are shown.

Note on fuels to use, Duke suggested a can of high castor Superfuel for break in then go to Missile Mist (25%nitro, 22% oil) and start adding nitro with Fox Blast.  This was a totally different engine than the stunt 35 and the stunt's castor requirements did not apply. 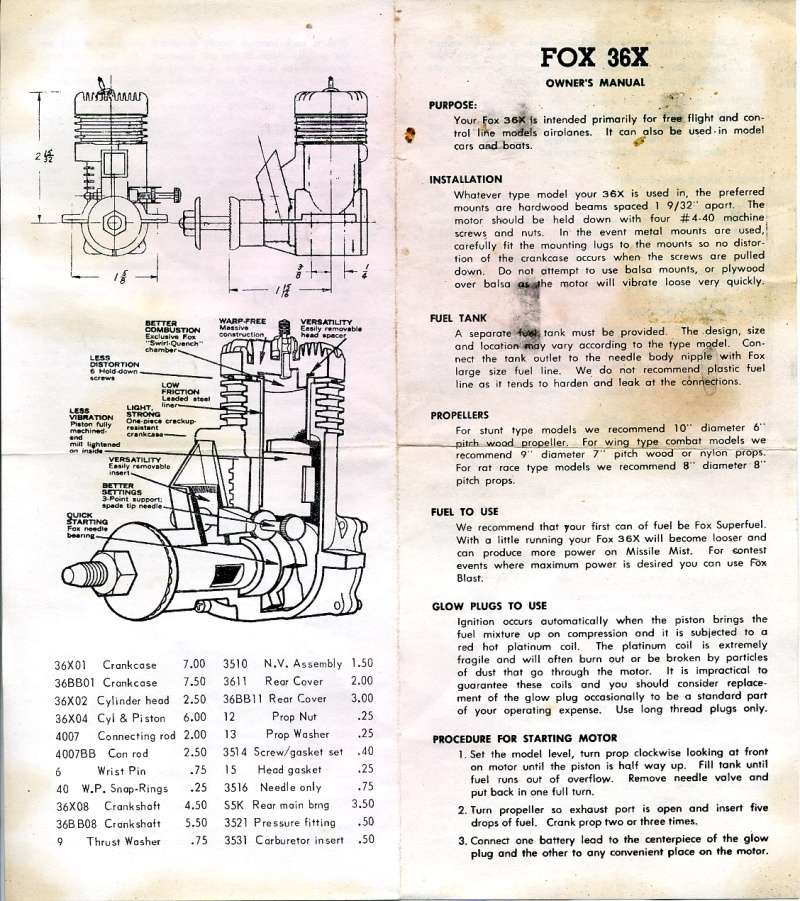 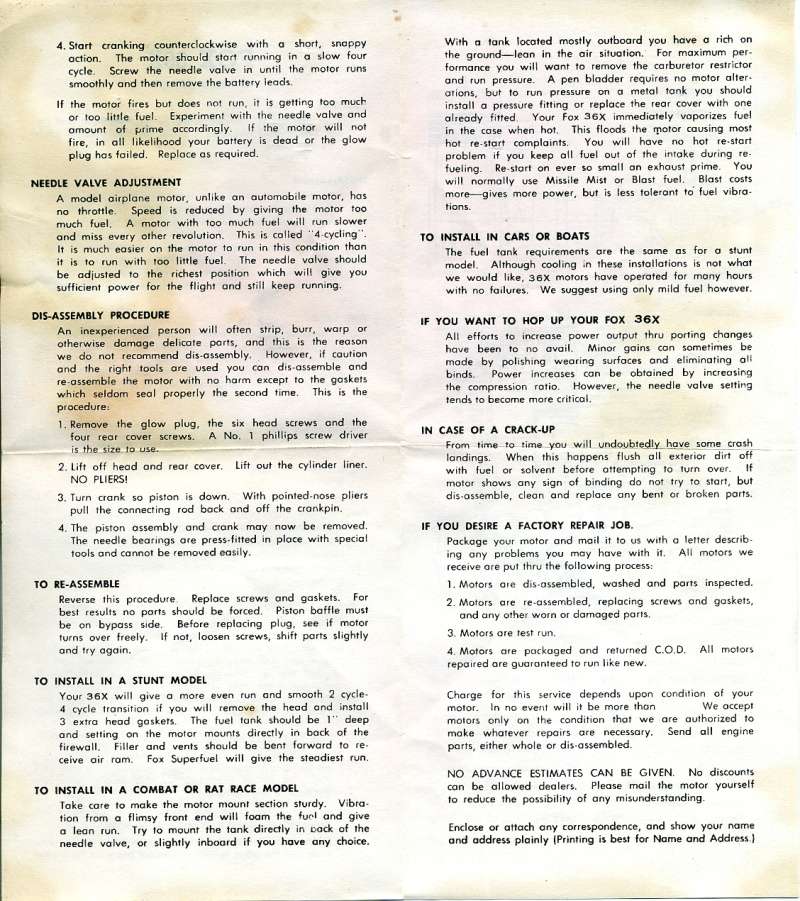 Fox's 1st ad for the new 36X with the tilted plug ran in the Sept. 1964 MAN.  It explained the purpose of the tilt was to allow plug changes on combat models without bumping the leading edge of the wing.  Duke's advertising people got the drawing and airbrushed plug wrong, showing it tilted away from the exhaust.

In the November ad they got the tilt right:

This is really cool guys!

still having problems with it though

I have cut a fork in the end of a 2x4 and run very long screws into the wood.  The fork is destroyed after a bit of running and oil soaking, but is pretty good for break in on the bench.

I recently got an aluminum clamp style test stand. Much better and easier to use.

Hopefully longer screws will fix the problem but does anybody know why the thing keeps flooding?

Probably because of the archaic carb. What are you planning on using it on? It might be much easier to just install a CL venturi and needle.

I have heard that Fox carbs do work well, but take some work to set up. Perhaps your fuel delivery system is not set up correctly?

What glow plug are you using?

Do not use soft wood to test a Fox on. Use a piece of hard wood, use through bolts nuts and washers. The test stand must be clamped down hard. Fox engines vibrate badly, be sure your prop is balanced.

@Cribbs74 wrote:Probably because of the archaic carb. What are you planning on using it on? It might be much easier to just install a CL venturi and needle.

I have heard that Fox carbs do work well, but take some work to set up. Perhaps your fuel delivery system is not set up correctly?
Ron

It looks like fitting a venturi may be difficult as I think this engine may have one of those "glued in" carbs.

Max, I looked back at the earlier pictures you posted and it appears that the idle speed screw is missing.  That shouldn't cause the flooding, but will cause problems.  Compare it to the picture that Gwilliefox posted, which clearly shows the two screws at the rear of the carb.  Your RH one isn't there.  Also, the bellcrank connected to the rod to the exhaust baffle is on the wrong way.  Once again, check out the comparative photo below. 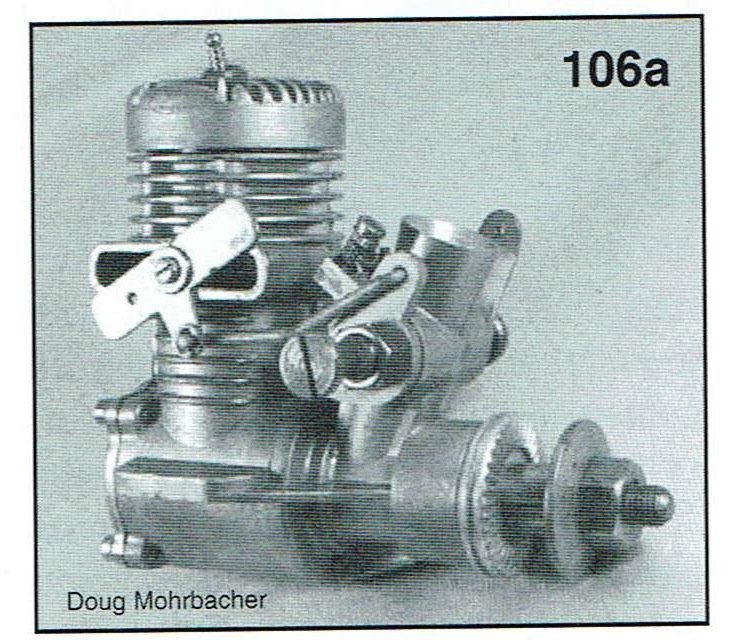 Hang on, I just had another look back and it seems that you have changed the position of the bellcrank, but it still shows the stop screw missing.

I would suggest that you screw all three needles fully in and see if you can just get it firing off a few drops of fuel prime.  Then open them all a little at a time until it's clear than fuel is now being drawn in from the tank.  If it does more than just briefly bark on the prime with them all closed, then you might be getting extra fuel from some internal fault.  Make sure you don't have the tip snapped off any of the needles.
Keep persisting.  You'll get it figured out, but you have chosen one of the most confusing carbs in the world to learn on.

Have you tried to set the needles per the instructions? There are 3 to set and you must set them in the order specified. In the picture of the engine on your stand, they look way out; way rich that way! 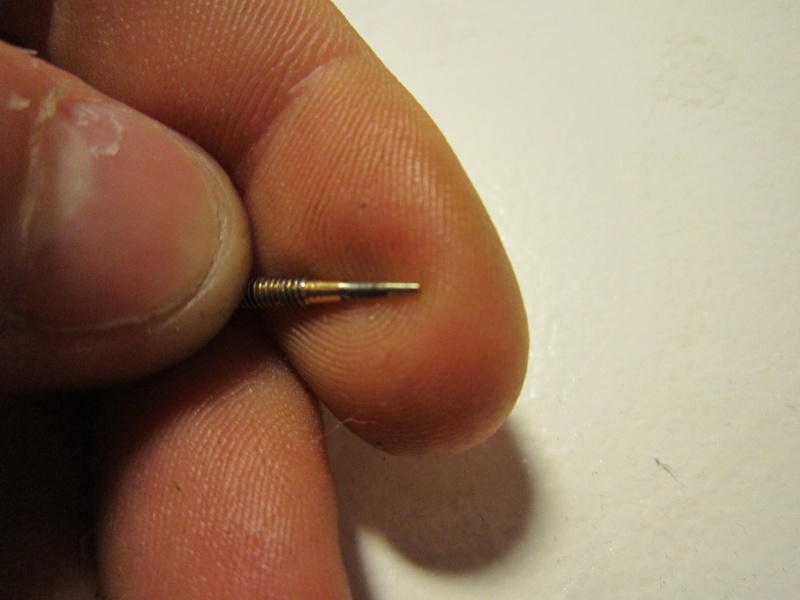 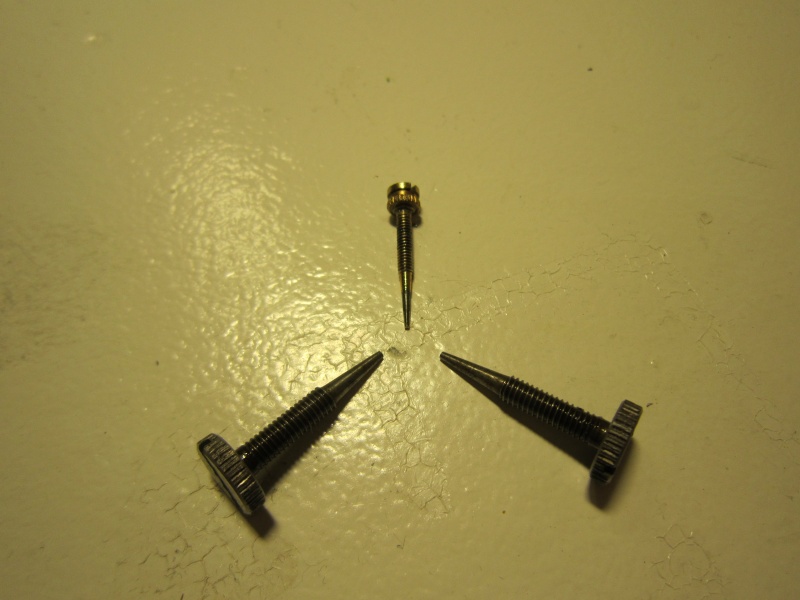 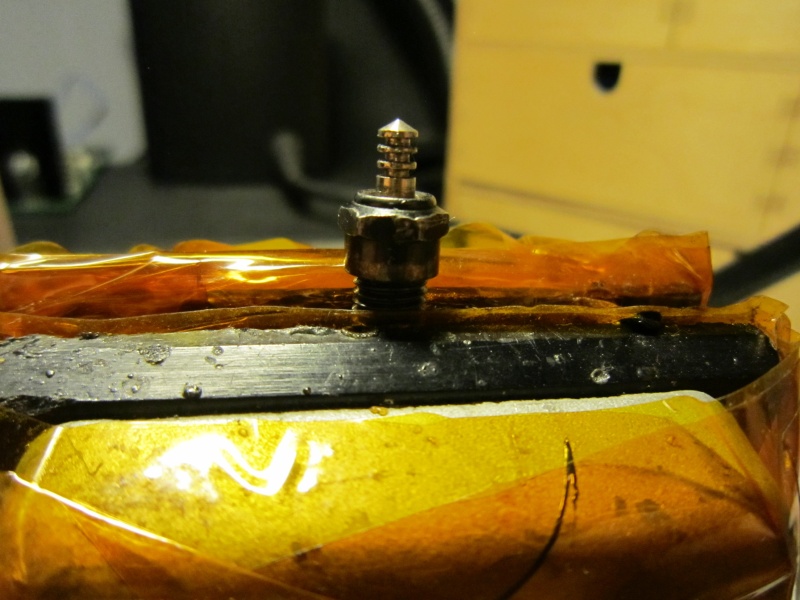 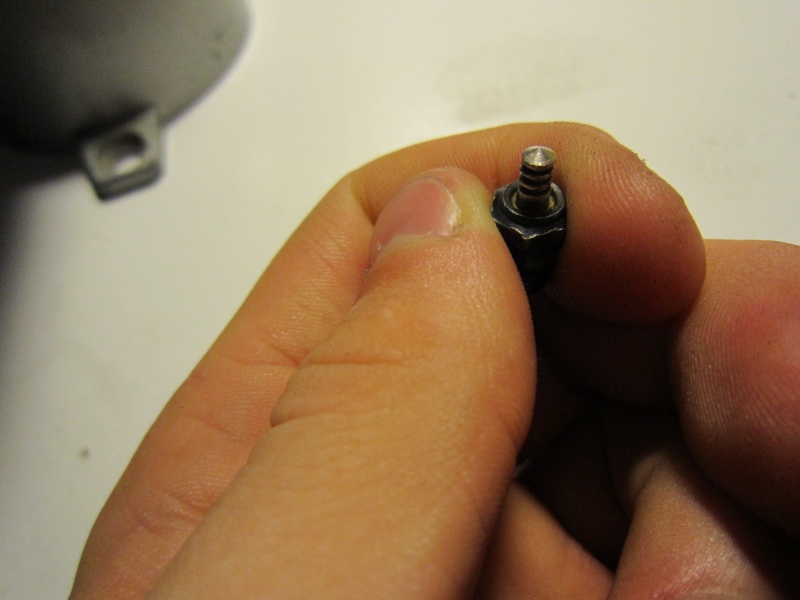 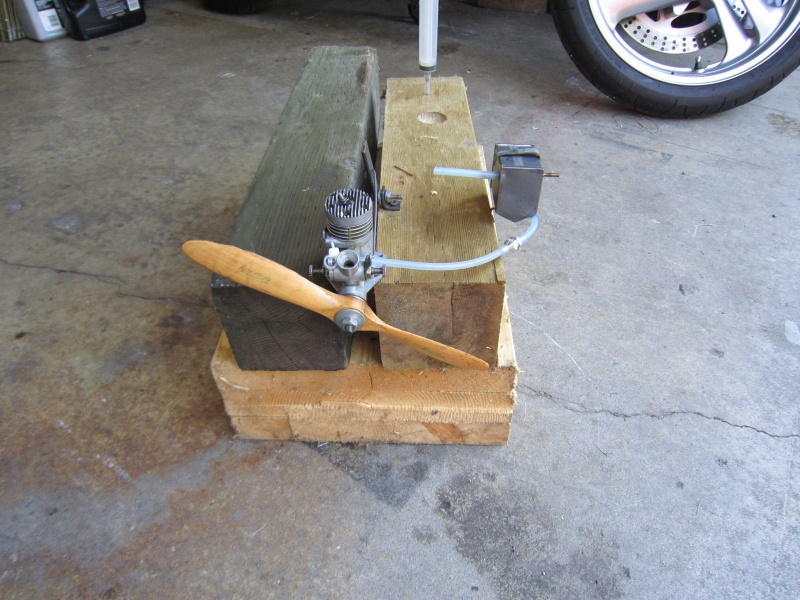 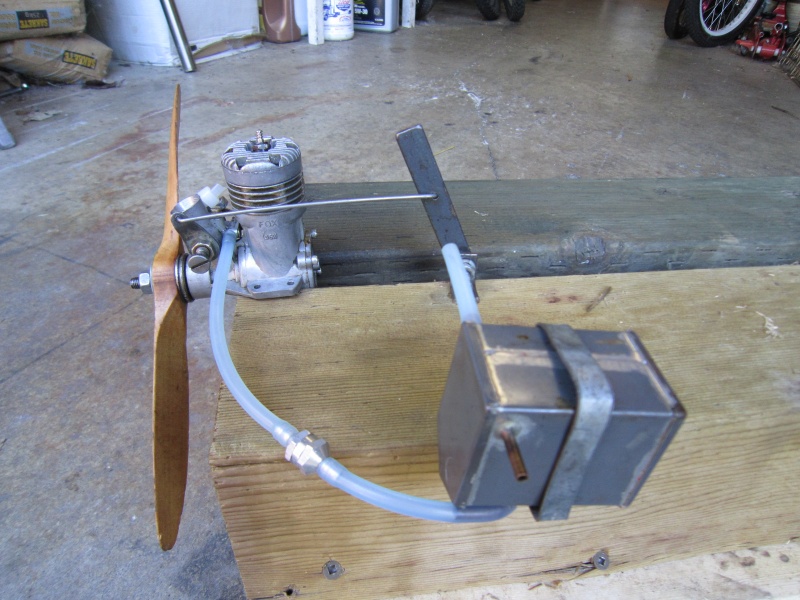 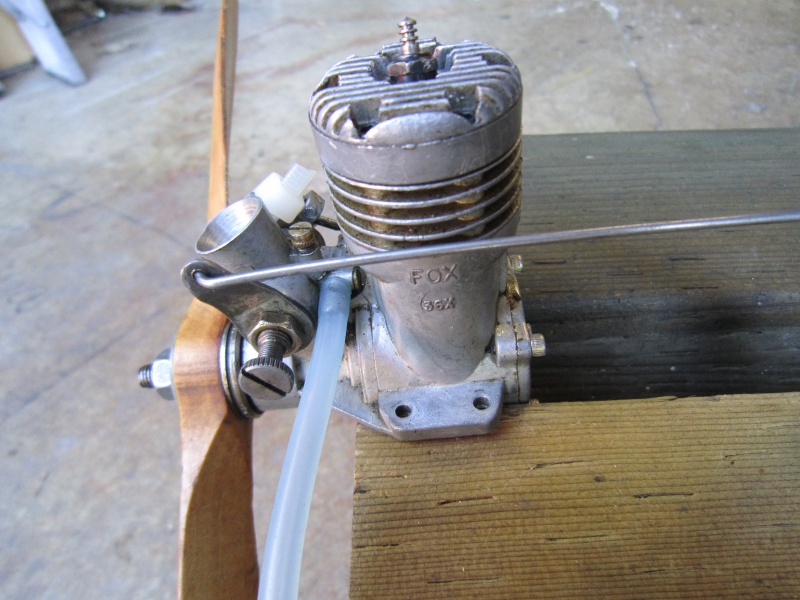 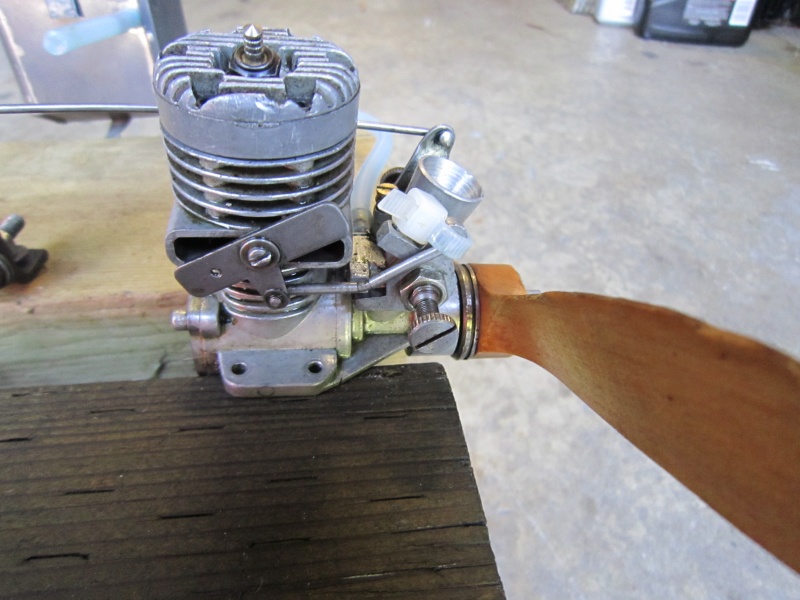 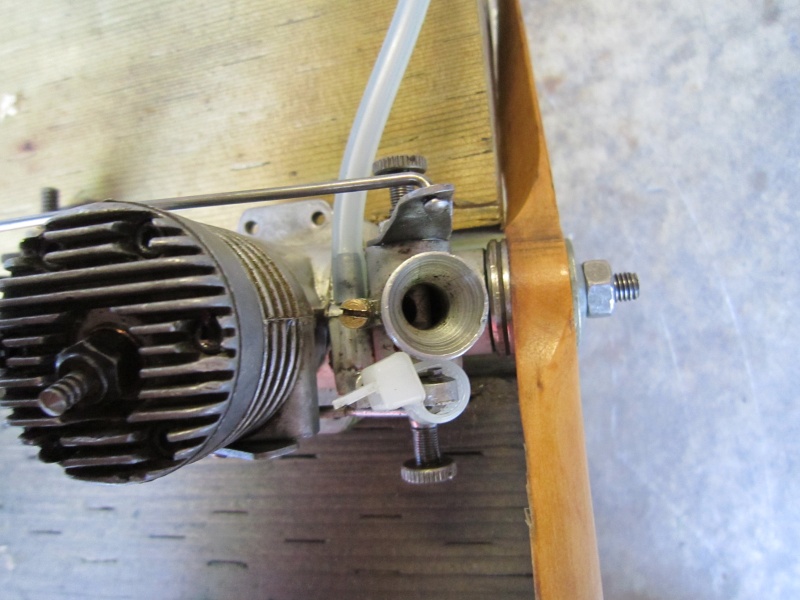