At last, I managed to locate one of these.

All I need now is the diesel head for it!

Awesome power, an amazing engine and I feel it slipped through the cracks.

It took me a while to track one down over here. Never seen one running or flying.

You're in for a treat.

Possibly the best power to weight ratio available, and it will run the larger props we always wanted to use in the 1/2a planes.

They do take time to break in but then they run very well. I'm running one inverted and fully cowled in a Super Chipmunk (at 1:07 I'm lowering the idle on the radio). 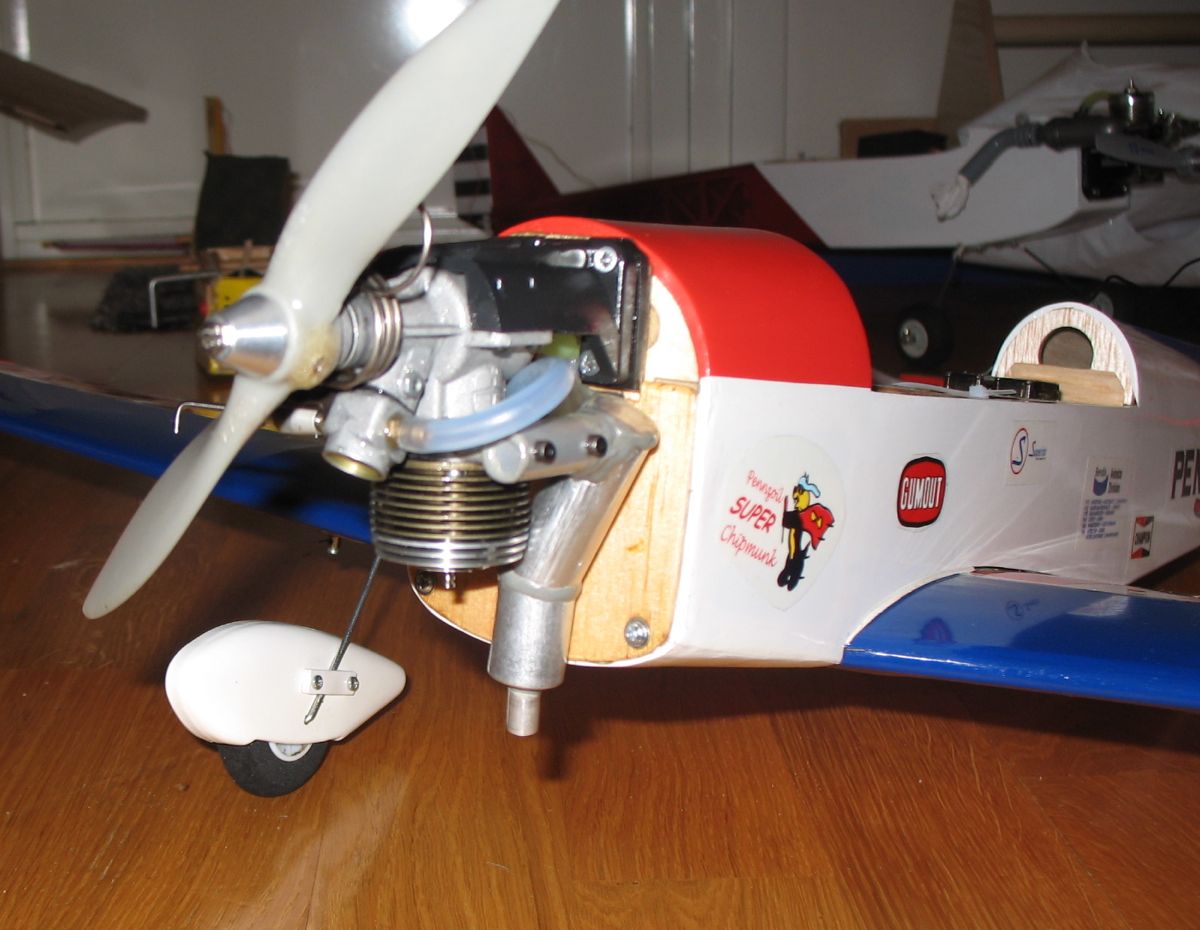 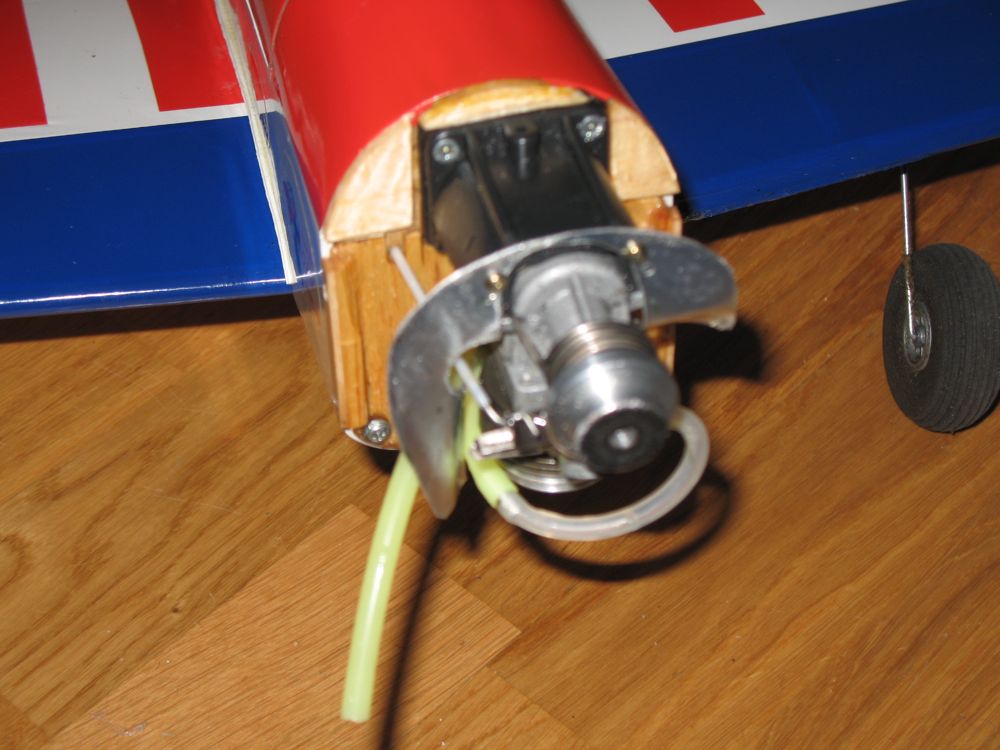 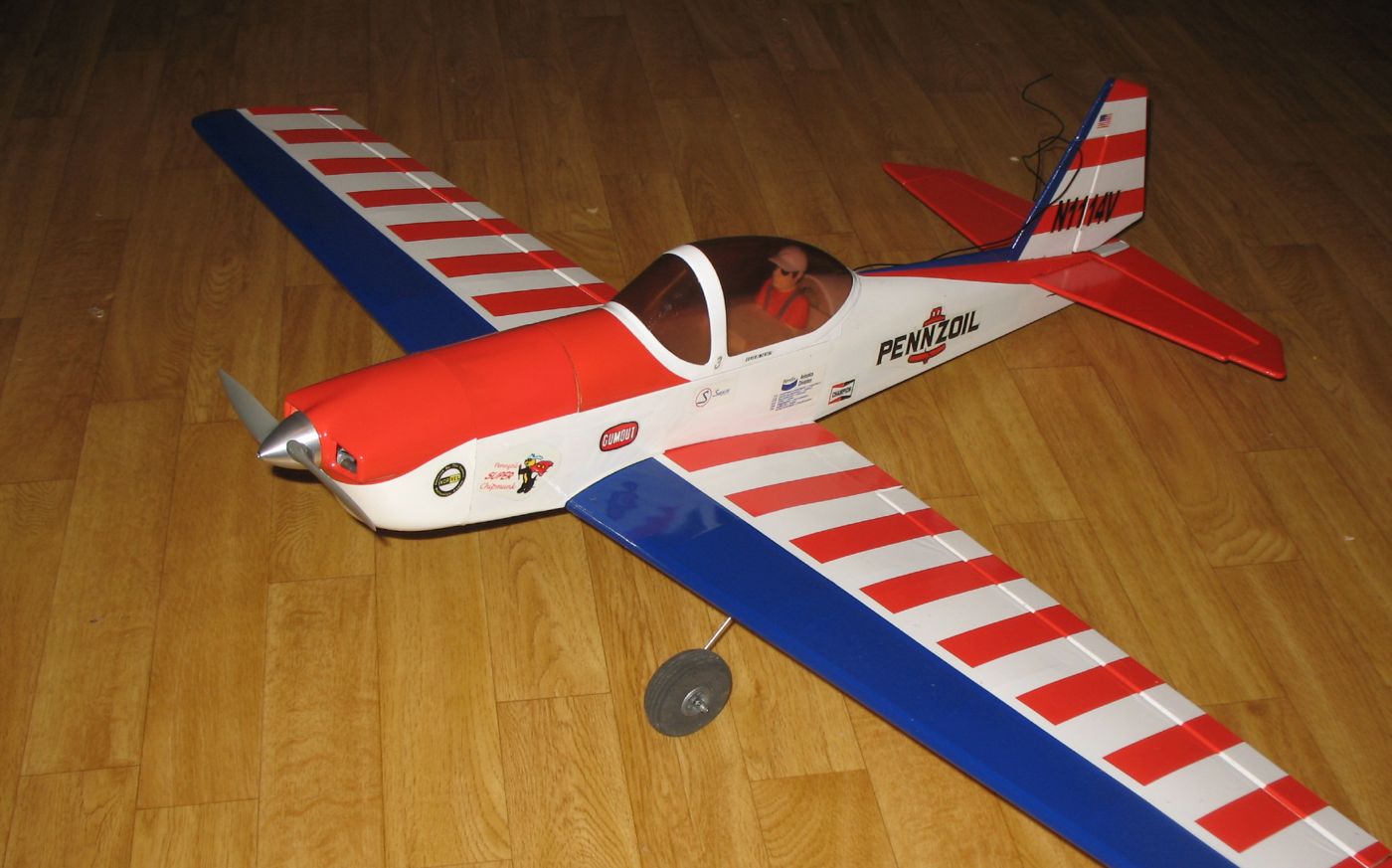 You can get more power with a Sportswerks header pipe makes a nice audible sound.
Or tones well with the 1/4 wave tuned pipe. Assembly is originally used on there .060 engine. 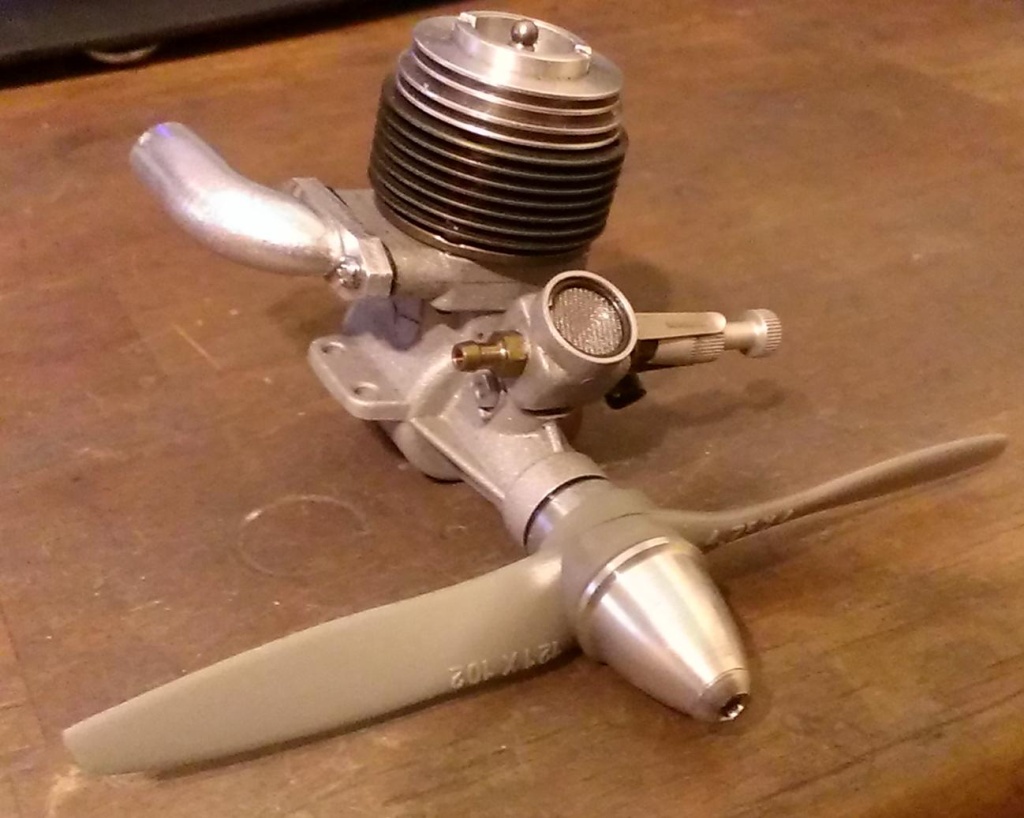 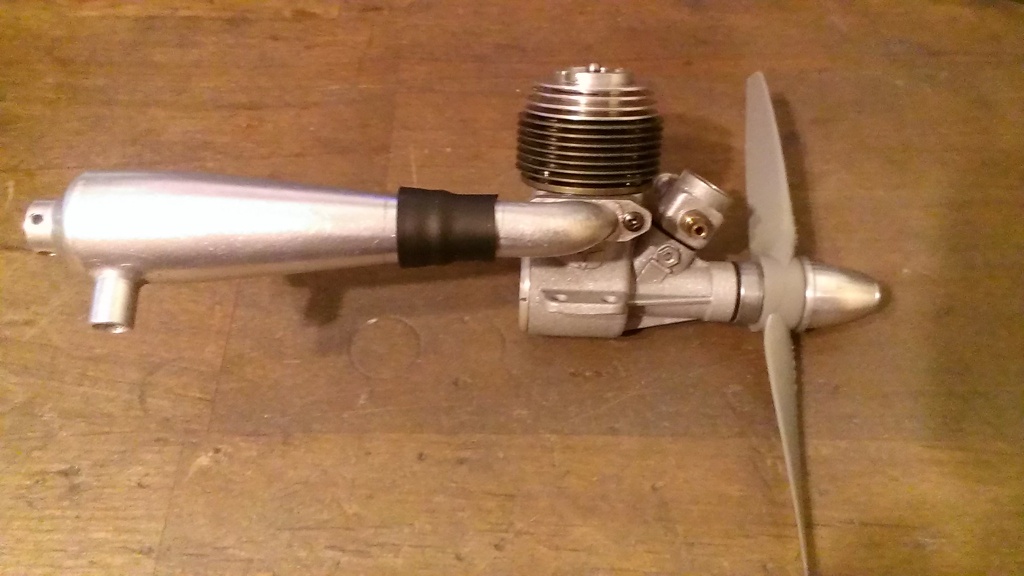 I think that's well passed the peak power rpm, a 5x3 spinning at 24300rpm is only about .14Hp. Did you see any gain with the car muffler?

Thanks chaps. I love to see engines in action and adaptions.

Where did you get the exhaust systems from?

The exhaust on mine is just a DIY job using thin walled aluminium and JB weld...

I made it so that i didn't have to cut in the side of the cowl, plus it keeps the plane cleaner by letting the exhaust residues out at the bottom and away from the plane. 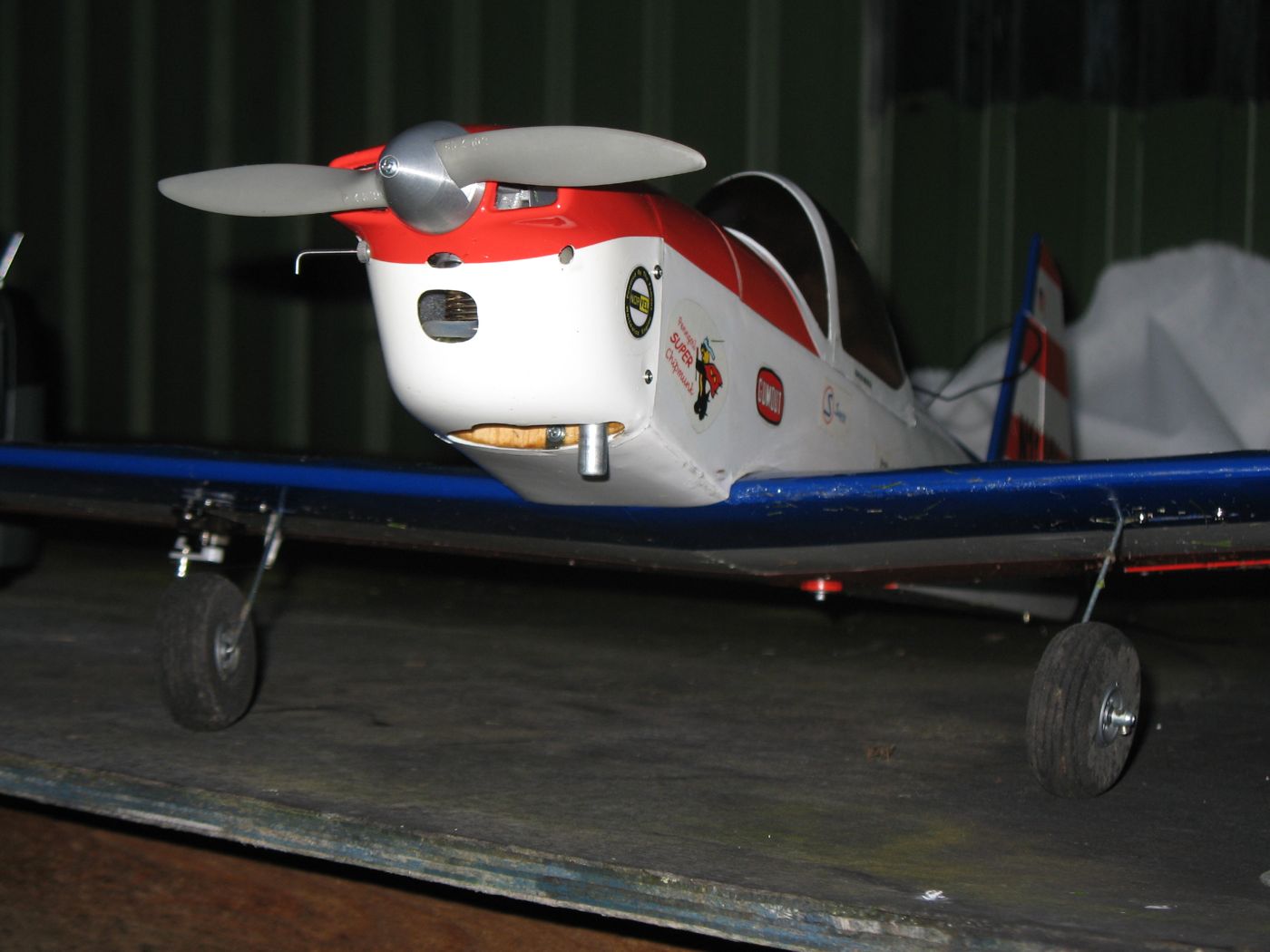 Unloaded to 28.5k in the air for 81 mph. Thick airfoil with heavy hub its
a shame only being a 3P. 3.5 or 4 would serve the engine better for speed.

The Norvel .074 is simply not set up for as high revs at the smaller Norvel engines. Running a 5x3 prop on it will just bring it into an rpm range were the power drops off quickly. In comparison a Norvel .061, with stock muffler, will happily spin a 5x3 prop at around 23000rpm.

AndyW on RCU has shown what can be done with a tuned pipe on these in the right rpm range. While the stock engine will spin a 7x3 prop at around 17000rpm (about .19Hp) it will spin the same prop at +19000rpm with the tuned pipe. That's about 0.28Hp

Did you see any gains with the car muffler on the Norvel engine?

Here is one of Andy's videos on the tube;

Bare in mind the prop was flown with the Vertigo and Skorch it was just a comparison test against the .070 and .074.
I have a project in the works, I can flight test the Norvel .074 for speed and expound on other ways to use the engine.

I ran it up with the 1/4th wave pipe just to hear the sound and didn't take down in data or prop testing.
Will report back my findings in due time with a custom cut 5x5

As shown 93g and 98g they both can use the same engine mount with a slight mod.
I want to test both engines with the next flying platform. The Norvel will get the
header pipe, the muffler was left from that stock test made. The TD .09 has a
custom cut 5x6, 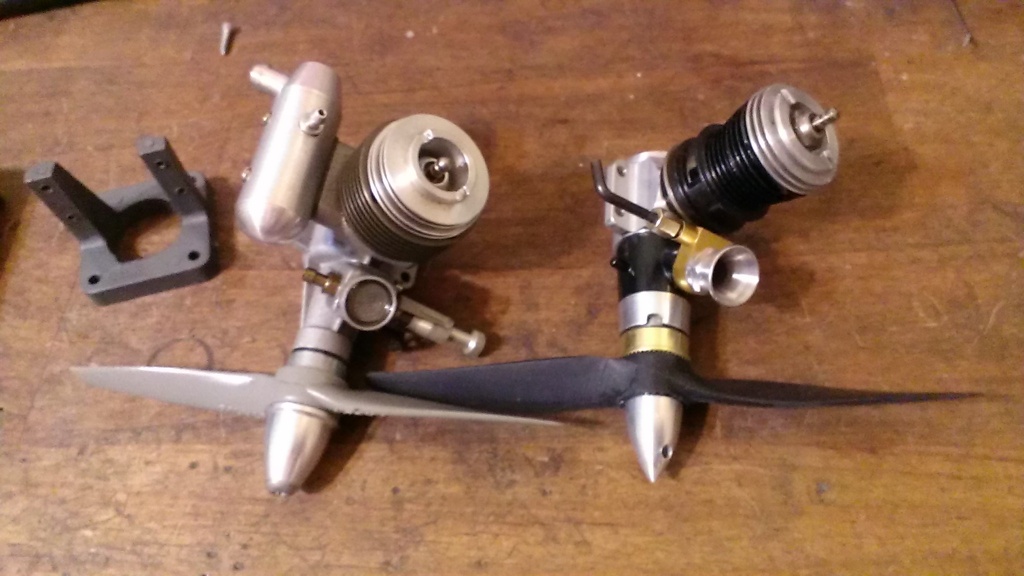