» Crash Free weekend and I did Fly
by FlipStart Today at 3:07 am

» music vids.. some of your favorites
by FlipStart Today at 2:55 am

» The resurrection of the frankenplane
by davidll1984 Yesterday at 7:04 pm

I actually have to sent out a big THANK-YoU! to Bob (RSV1cox). He boxed-up and sent Roddie  and I some of his Testor/McCoy engines to be used as parts  donors.  I had a little time to play around with them today and found a neat way to fix a problem we all run into  now and then. Needle Valves that have broken off inside the spray bar. I've tried drilling them out with a Left Handed Drill, with out much success. this time, with Bob's donated engines I tried something a little different.  Heat and a soft but strong bamboo stick ( Chop Stick, thank-you,  Mr Woo Take out Dinners)  I heated the broken end of the NV with a Soldering Iron( just to loosen any old sticky castor) , then pressed the flat pointed end of the chop-stick on the ragged end of the needle valve and turned it to the left, spinning it between my thumb and finger. After a few spins the broken NV had exposed enough threads I could grab on with needle nose pliers and extract the broken stub of the NV.  The second engine was a bit more troublesome, but after running the point of a #11 blade around the ID of the spray bar, and rocking the blade back and forth on the broken NV to create a "lip" for the Bamboo to grab on to, it too spun out enough to grab with the NN pliers and totally remove the stub.  WOW two outta Three, that ain't bad!! 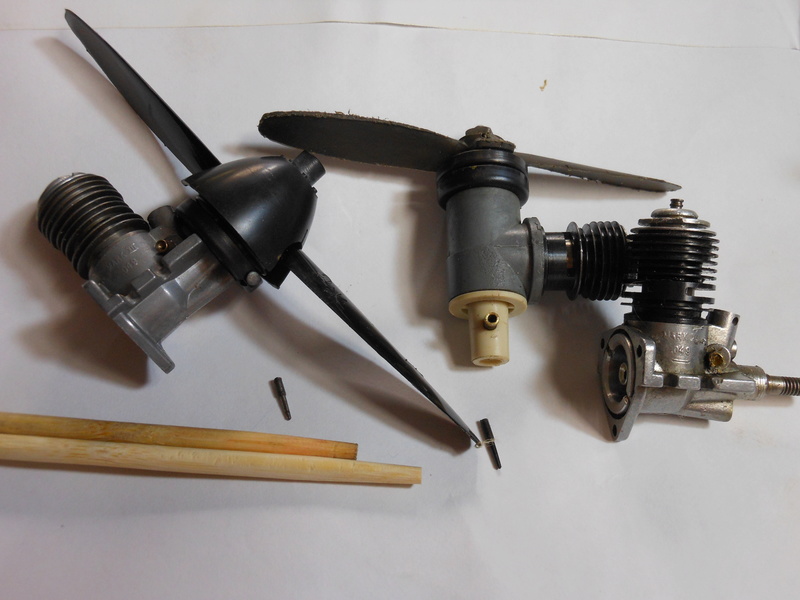 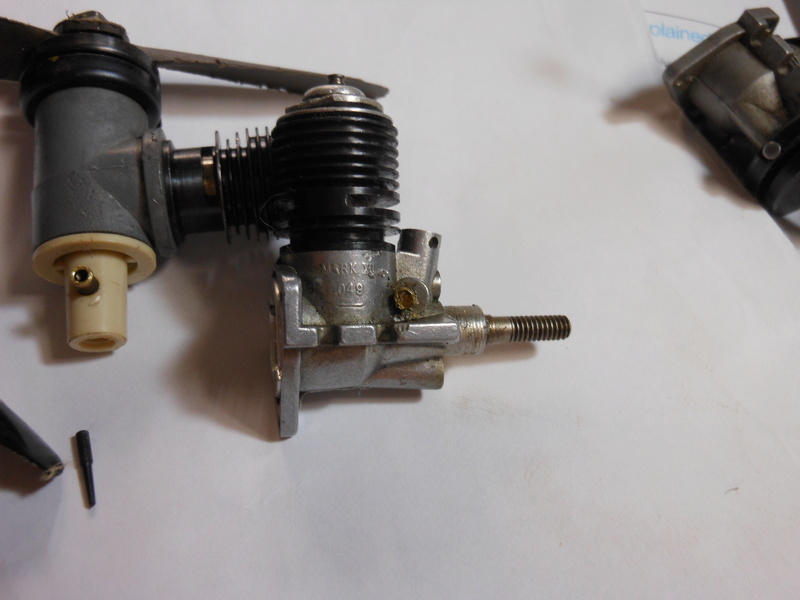 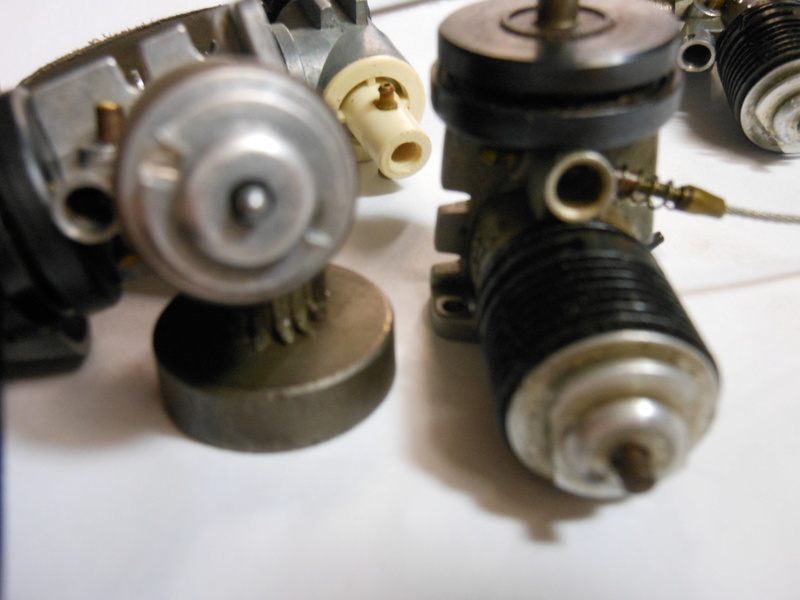 Anyone notice anything "Different" about the glow head on the engine on the Left?

Yeah, left hand one is the early Wen Mac version glow head, MkX engine. The type with the flats took over with the acquisition by Testors I believe. No, the left one is not a Cox head. They don't fit.

I thought that one with the different head would draw some interest. As you know the one with the spinner is from an Airacobra. I have so many of the dang little things, I'm just happy to share and duplicates of all I sent to you and roddie.

Have fun guys, I know I did when I first got them. Congrats on removing those broken needles too, maybe I learned something.

That's a cool trick Rene! It might work on other types of broken needle-valves too.

@roddie wrote:That's a cool trick Rene! It might work on other types of broken needle-valves too.

Being loose enough to undo like that probably means they broke off in a crash, meaning te needle wasn't bottomed with the engine running. If the needle was closed and was bumped, breaking it off, or snapped due to overtightening, I wouldn't like your chances.