Log in
Search
Latest topics
» Do Killer Bee back Plates sold onlne give better perf?
by crankbndr Today at 9:02 am

» Cox Black Widow airplane and Dolly Parton
by getback Today at 8:30 am

» Just ordered a cox attack cobra
by Ken Cook Today at 7:09 am

» Babe Bee and the baby RingMaster...who has good flight experience with this set up?
by wingchicken Yesterday at 3:10 pm

» New guy here with a few questions
by Gordinir8 Yesterday at 5:22 am

» Motor Starting Better One Way Than Another
by Iceberg Yesterday at 2:22 am

My version of this model, had a Cox .049 reed-valve "Product Engine". In the mid 1990's; a Cox .049 Product engine consisted of (generally) the current Cox .049 reed-valve crankcase.. fitted with the 2nd generation product backplate/carb.. which utilized an external fuel-tank/supply. This was a continued effort by Cox.. to produce a model-engine that could be fitted/retro-fitted into existing/future designs. By this time; Cox likely noticed that there were other modeling-companies (Goldberg for instance..)who were producing adapting-mounts for the earlier 190/290 product engines.. allowing these otherwise "misfit-engines" engines to have a "second-life" in a Goldberg balsa-wood kit-model. Cox eventually "wised-up" and re-engineered their product backplate/carburetor to have mounting-provisions (4 screw-holes) for a standard 1/2-A engine size radial-firewall.

My "first" experience with the Cox PT19 Flight Trainer was "really wonderful".. because my "dad" bought the model.. and brought it to my house as a "surprise" one day. I was in my early "30's". The Cox "kit" had everything needed to get the model in the air.. for a few flights.. at least. I had shown a past interest in his control-line flying.. so my dad "passed the torch".. so to speak.

I wanted to give a report on what I'm doing, to retro-fit an alternate fuel-tank to this model.

Here's a few photos of a Sullivan #435 1oz. clunk-tank fitted in-between the fuse-walls of the models' nose. 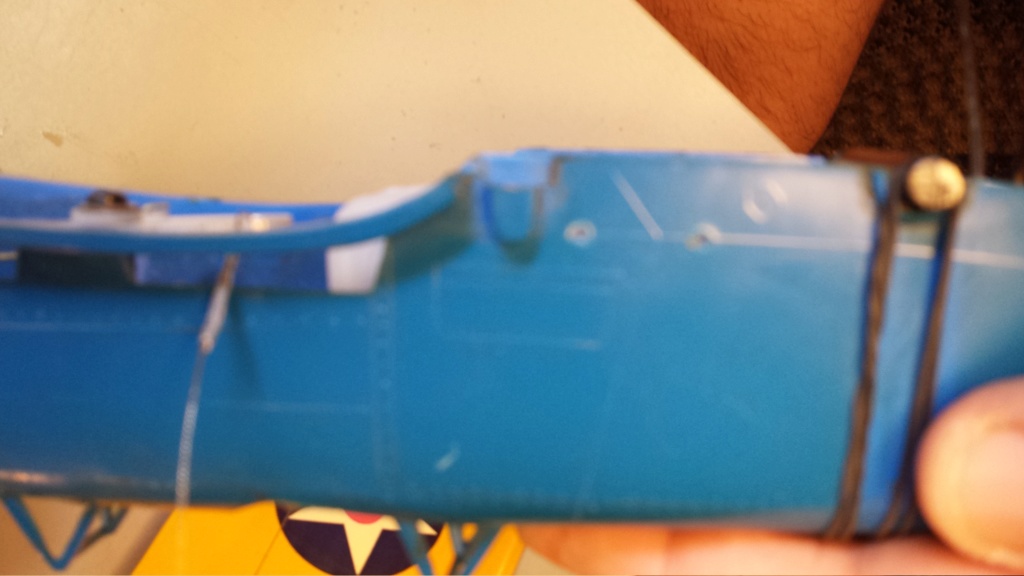 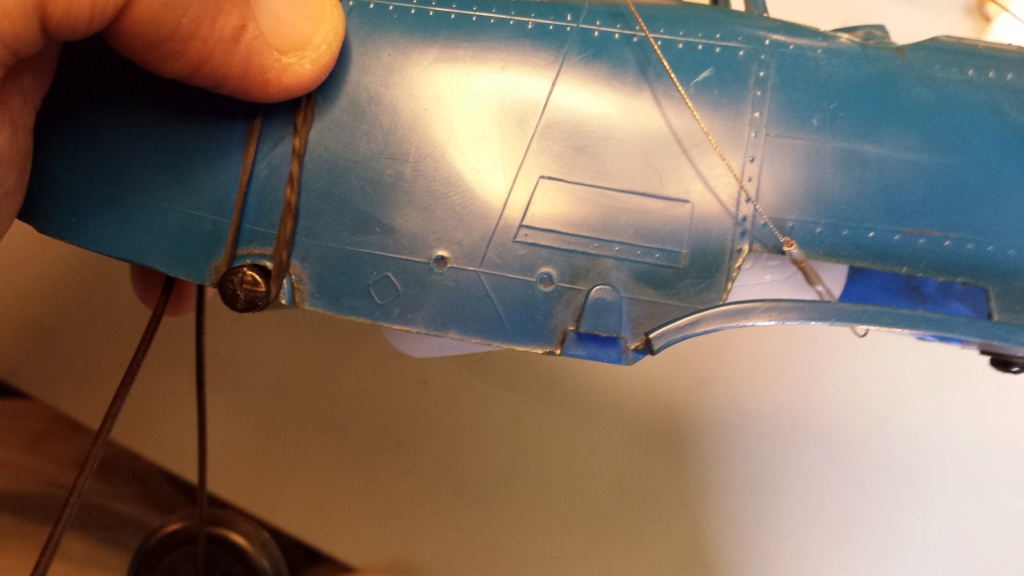 I'll admit.. that it's difficult to see how the Sullivan tank integrates into the airframe here.. but when the "wing" is anchored into position; it (the wing..) provides a barrier that should prevent the tank from interfering with the model's bellcrank. In addition; this retro-fitted tanks' position will be "nearer" the models' center of gravity.

Well, I held a 3/8 oz Brodak tank inside the fuse of a PT, and it looks like it'd be easy to mount in there. You'd have a bit more flying time than an 8 cc tank.

I've been "messing" with the Sullivan SS-1 #435 1 oz. clunk-tank.. and it's not going to be an "easy" retrofit. There's plenty of space for a comparable "gravity-feed"/roundy-round fuel-tank, like the one that was designed for this model. I'll come up with something.. I want to fly this airplane for this year's event.