Just to say I'm still here. Haven't had time to add much to the forum but had made to time to have a quick look now and then to see what everybody is up to.
The last few months have been busy helping my brother build a new race bike from scratch in my workshop.
A good friend, who is extremely talented, made the fuel tank, oil tank, seat, exhaust system, engine plates, front mudguard and fork brace. He also modified the Manx Norton frame to take the 1268cc (77.4 cubic inch) S & S race spec engine. Brother and I then made all the bolts, brackets and linkages to join the dots so to speak. The motor runs on methanol.

Tomorrow morning we'll fit the rear chain and then it's off to a classic race meeting at Pukekohe just south of Auckland. People come from as far away as the UK and the US to compete or watch.
The bike will only be on display for the two day meeting then back home for the final finishing touches. Once we're happy with that it's off to the mechanic who built the engine, for it's first start. After that it's off to the track for some testing. Once it's out of my workshop I can get back into some modelling.
I have a Shrike to modify for the upcoming tether car competition. 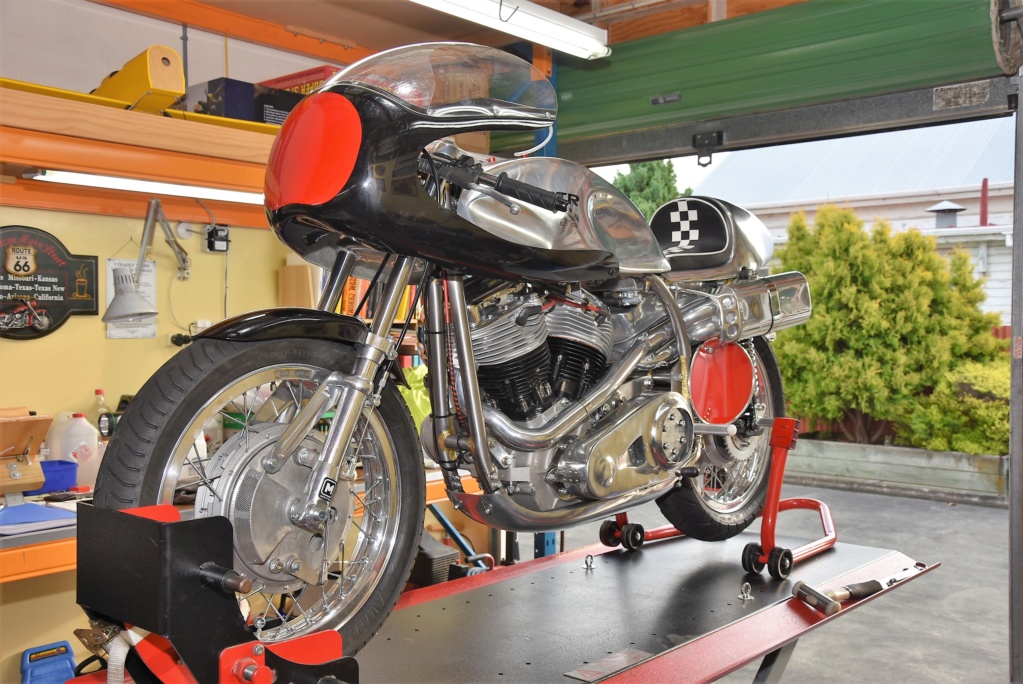 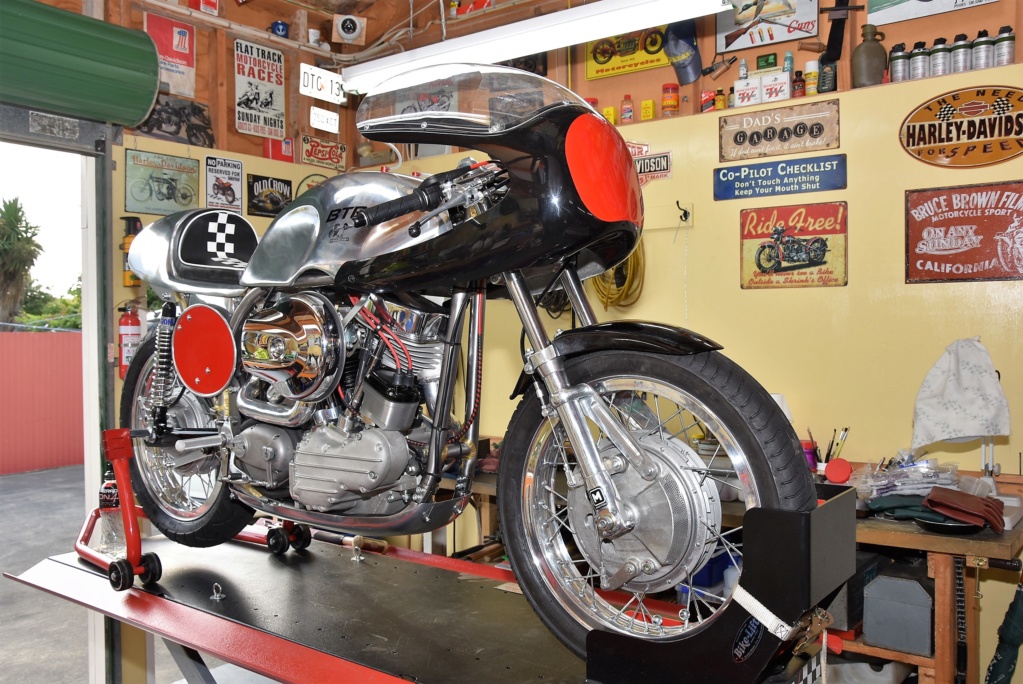 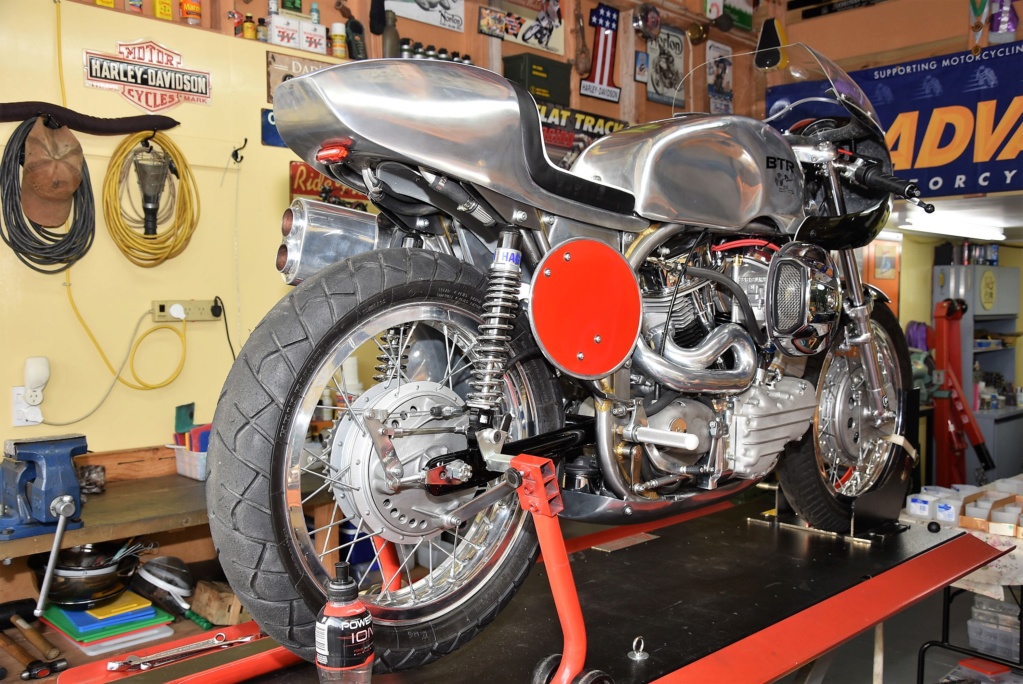 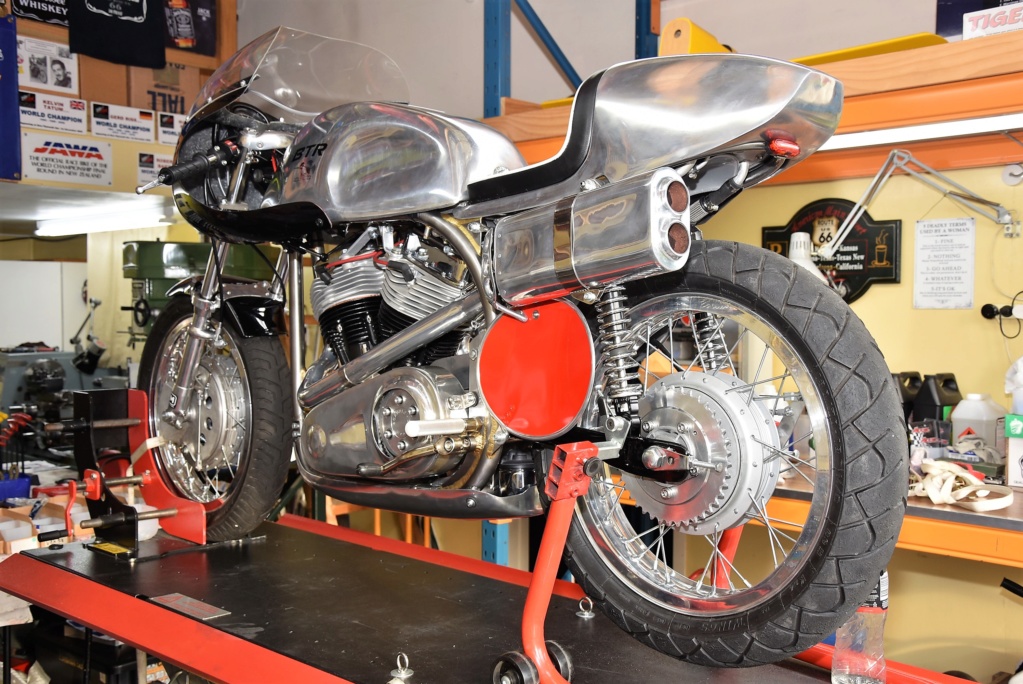 Wow, I'm no bike man but that's a work or art. Well done.

Very Nice !! The detail is to google at , would love to see it run when you take her to the track . Bee looking forward to the modified Prop Rod

Panhead, right? I have seen (pictures of) many Sportster engines in Featherbed frames, and even a WL, but this is the first "big twin" adaptation I have seen. Cool to see it can be done. The attention to detail is admirable, right down to the oil catch pan under the frame. Exhaust system, bodywork, everything... Beautiful, beautiful, beautiful

If there is a build story or blog somewhere, please post a link.

Oh and good to hear from you

Thanks for the nice comments guys.
Being family it has been a labour of love.

The class it was built for is "Pre-63 Open Modified" so a Panhead fits the bill. Maximum 1300cc, no disc brakes, no flat slide carbs, no carbon fibre, no mag wheels etc. It has to look similar to that era. Engines can be modern repo but they must match the original silhouette.

I'll try to video the start up and track test and put them in this post.

Wow! That's one slick scooter, Dave. Drum brakes, dry clutch and all. Obviously a labor of love. I especially like the pipes, the back cylinder most of all. Did you bend those?

No the pipes and the muffler were bent by the same man who did all the fabrication for the bike.
As you are probably aware exhaust gases slow down with tight bends so the rear pipe is a little shorter than the front pipe, which only has a couple of gentle bends. We did all the measurements but whether we got it right we won't know until we run it.

Well finally got a chance to post the video of the first start of the bike. This was on Friday 15th of January.

We had dropped off the front brake cables to be shortened so we had a guy just pushing on the front forks while we fired it up. It’s usually no drama but better to be safe than sorry.
Squirted some methanol down the carb throat and she fired up no problem. You can hear it’s a bit lean on the intermediate jet so we have since fitted a bigger one and also gone out three sizes on the main to 3.3mm. We run a big bore v-twin Ducati (not quite as big as the BTR) and it has 3.4mm main jets so we might have to out a couple more yet but we’ll see once it’s out on the track.

It’s going for some track time on the 29th of March so we’ll know more then.