One of the best engineered marine starting engines produced was the marine start (M.S.) Herkimer .074. My belief it's the best because of the fantastic engineering design of their universal.

So, I decided to pull out one of my .074 M.S. engines to determine if it should be installed in a future project. Low and behold the recoil was jammed. Pull too hard and the starter cord will break. Checked the internet for disassembly of the M.S. engine recoil all to no avail. Time to go it alone and to try to fix the recoil mechanism.

Disassemble the engine with crank out. 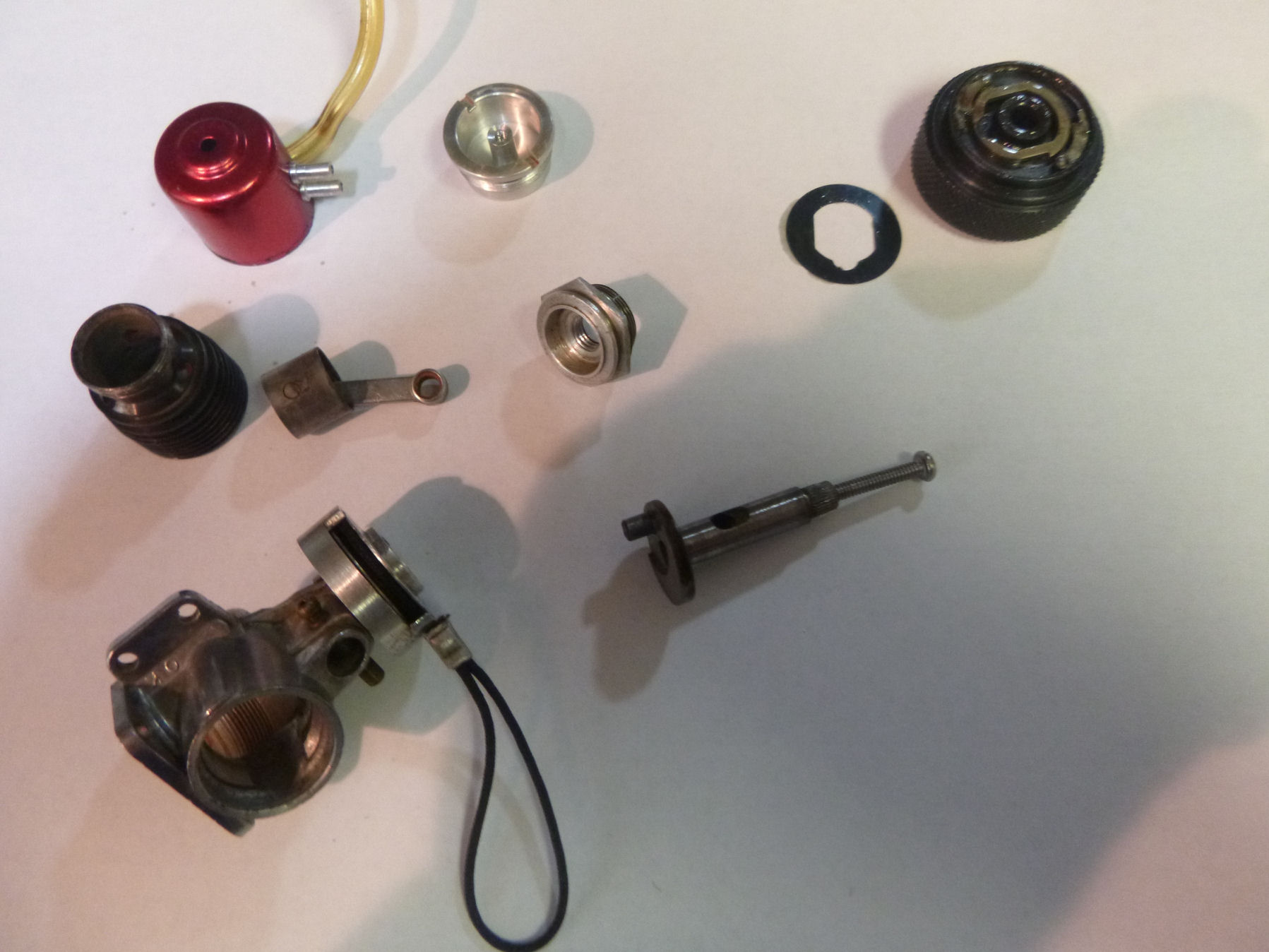 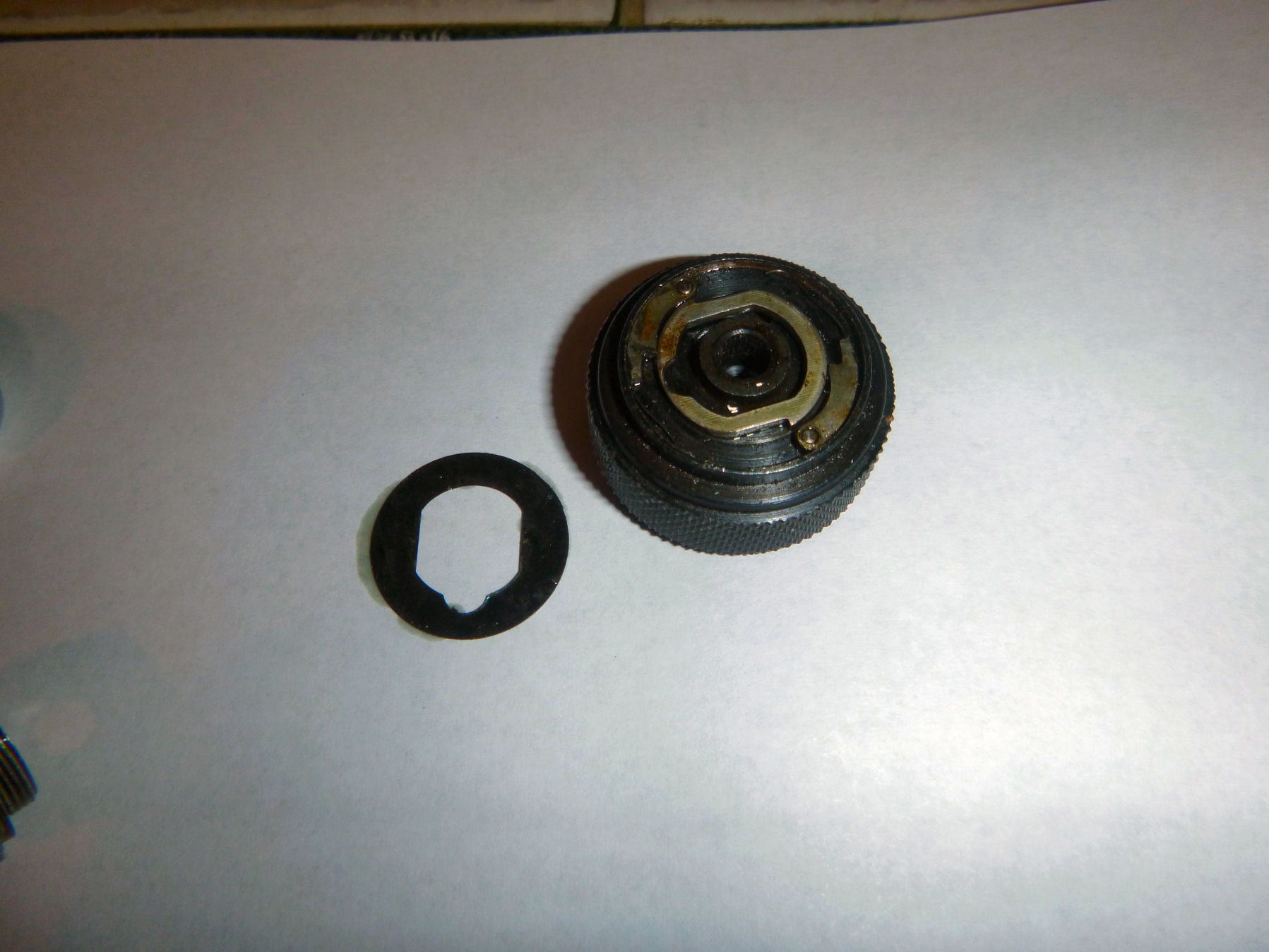 Move on to the recoil with starter cord. Somehow the cord was bound against itself. Slowly worked the bound cord loose and lubricated the spring housing. Wanted to avoid opening the spring housing with internal coiled spring at all costs. The recoiling mechanism now functioned smoothly. Now on to reassembling the engine after cleaning the crankcase, cylinder, piston, etc.

Then next step was the installation of the recoil unit onto the splined crankshaft. My recommendation is do not ever assemble the crank into the crankcase the way I did. Always use a press for a more controlled assembly. The method illustrated worked, but there is an increased probability of ruining the engine via this method. I first lined up the splined end of the crankshaft onto the recoil assembly's previously produced splined end with a drop of oil. Then into the vise for assembly. My next purchase will be a small bench press. 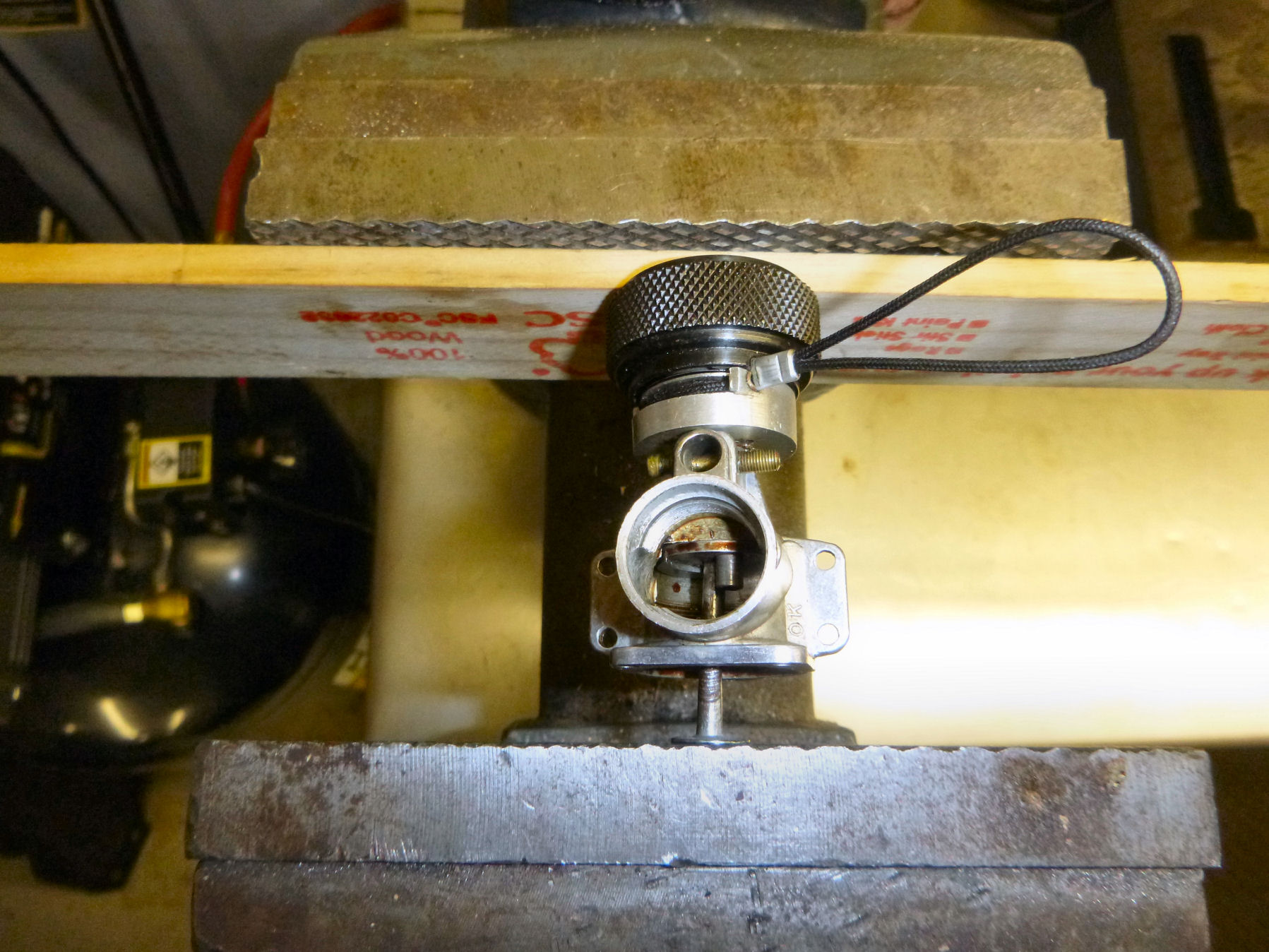 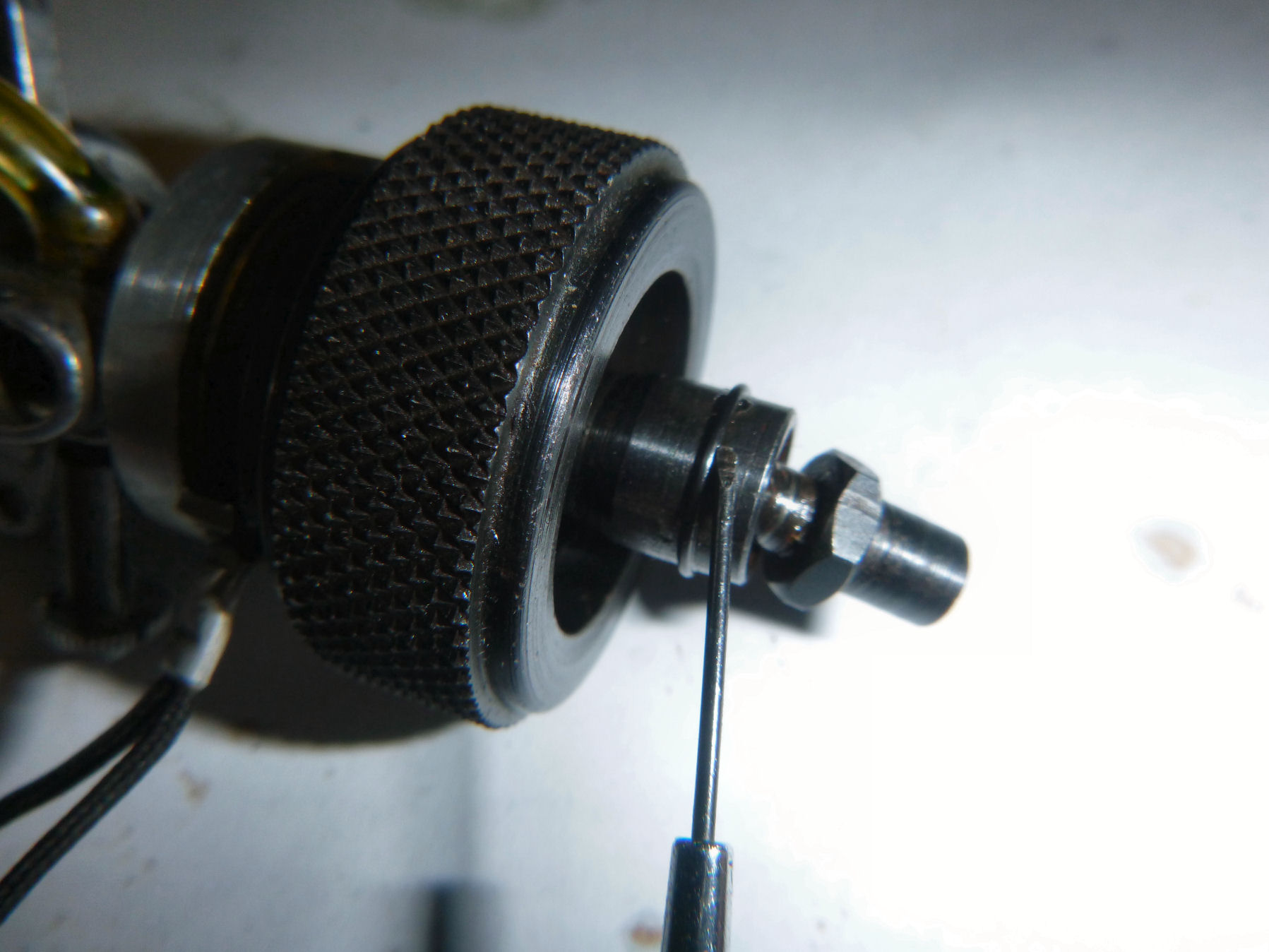 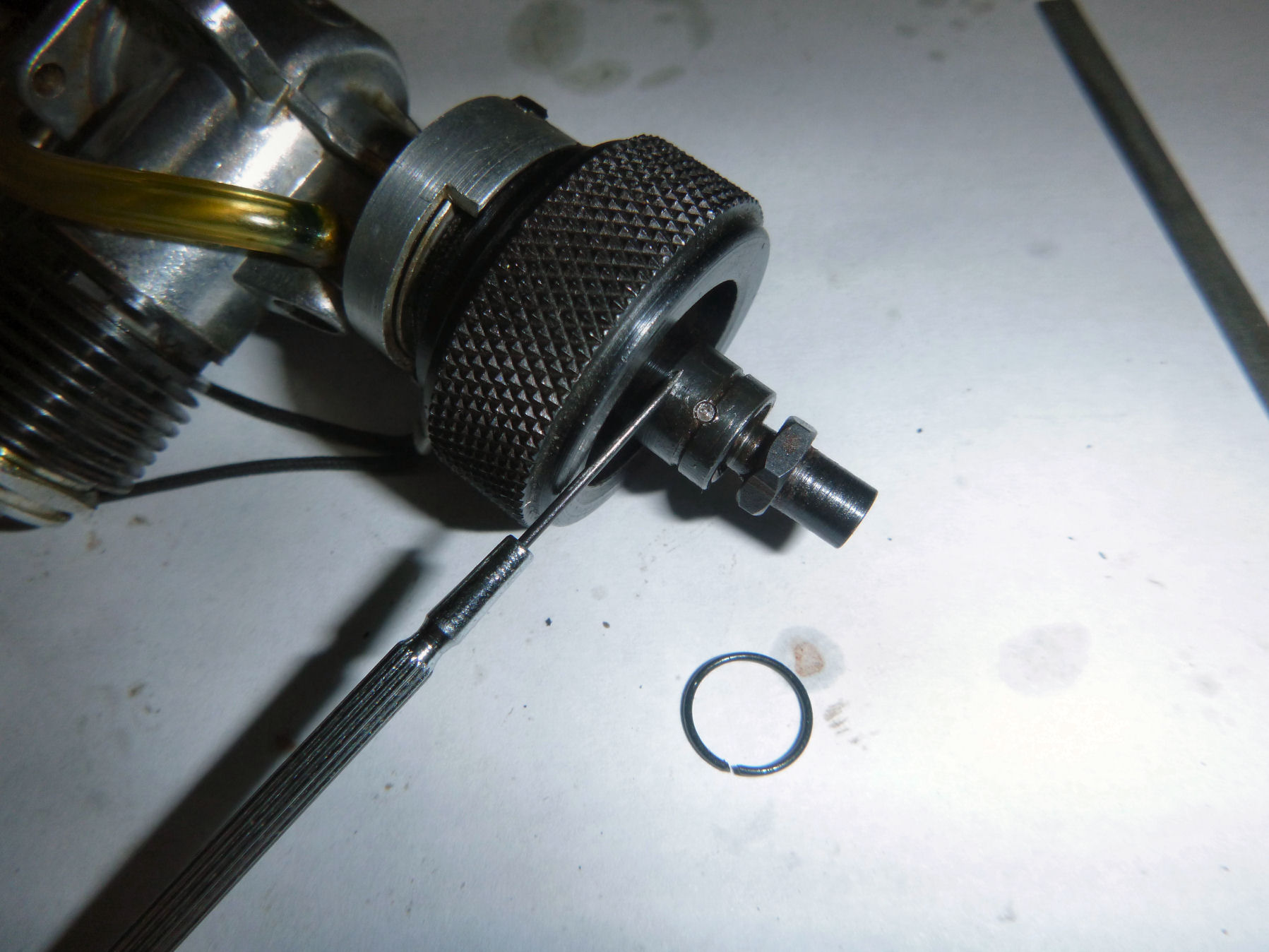 It was a true challenge to punch the pin through the universal. I ended up using a broken 1/16 " drill bit, heat and a small hammer. Talking about stubborn! I eventually removed the pin. Upon closer inspection, it was obvious that the previous owner buggered up the pin and also bent it. Now to straighten the pin and to file off any rough file marks on the pin. One hour later...success for easy gliding back in to reassemble the universal. 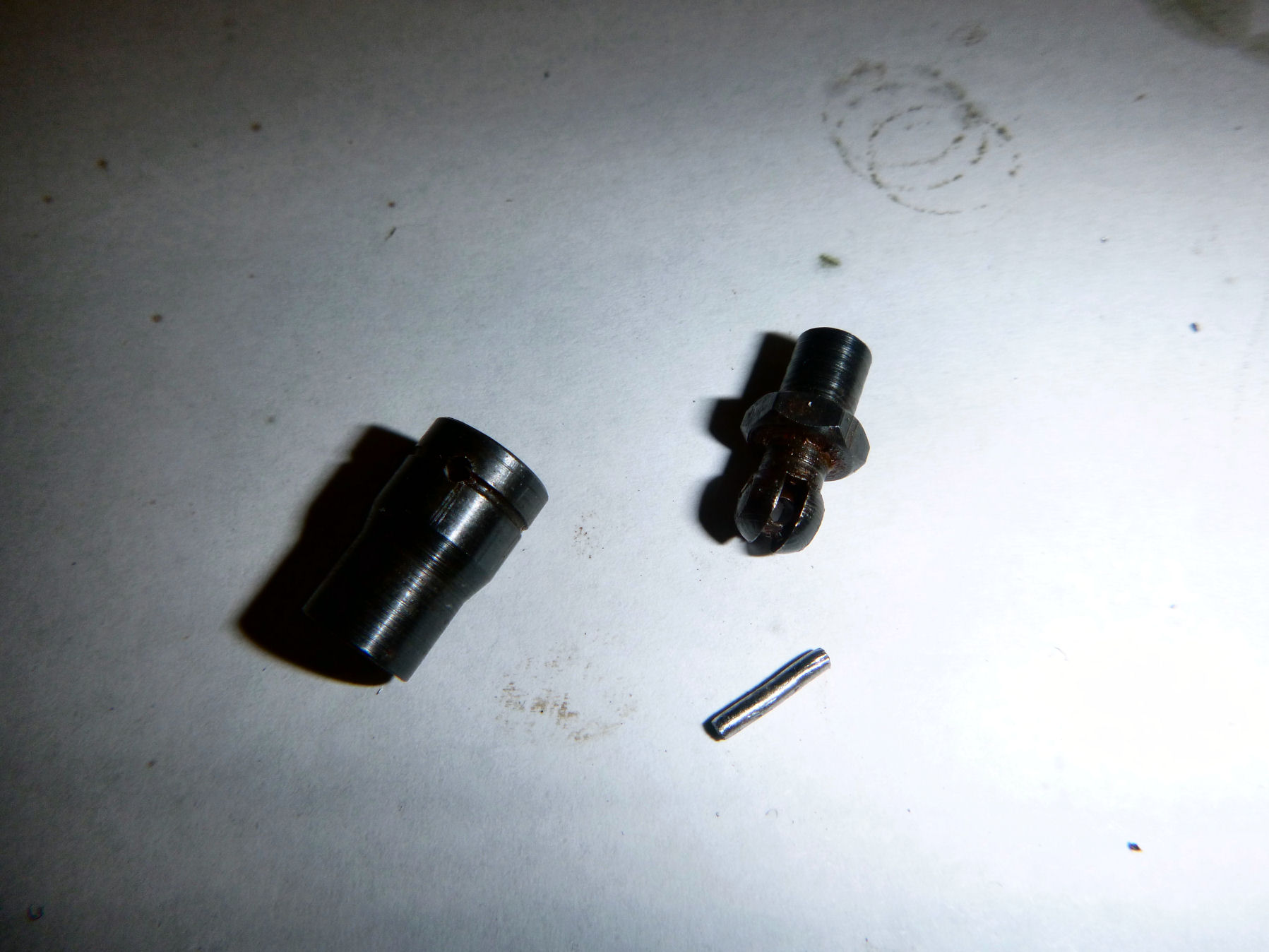 The engineering of this universal is precision at its best. One just doesn't see this type of quality with many of the former 1/2 A boats. Usually the connection was a rubber sleeve between the engine and the drive shaft. The following is an example of OK's universal with a OK Cub .049 M.S. 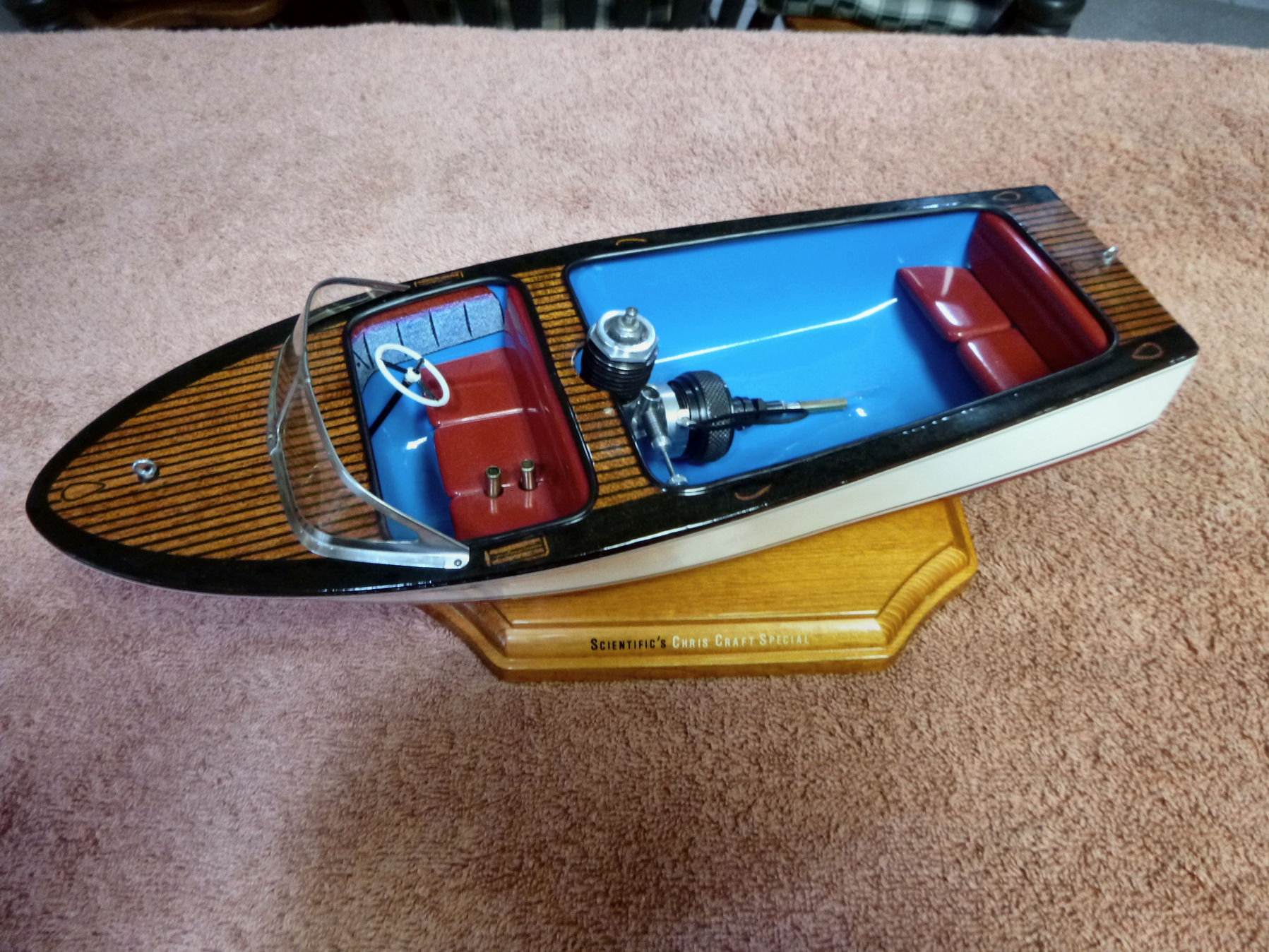 The .074 M.S. is back together with the recoil functioning smoothly. Hopefully others with a similar recoil dilemma may be able to use some of the aforementioned information to correct potential recoil problems.

We'll see what 1/2 A boat she will power in the future. 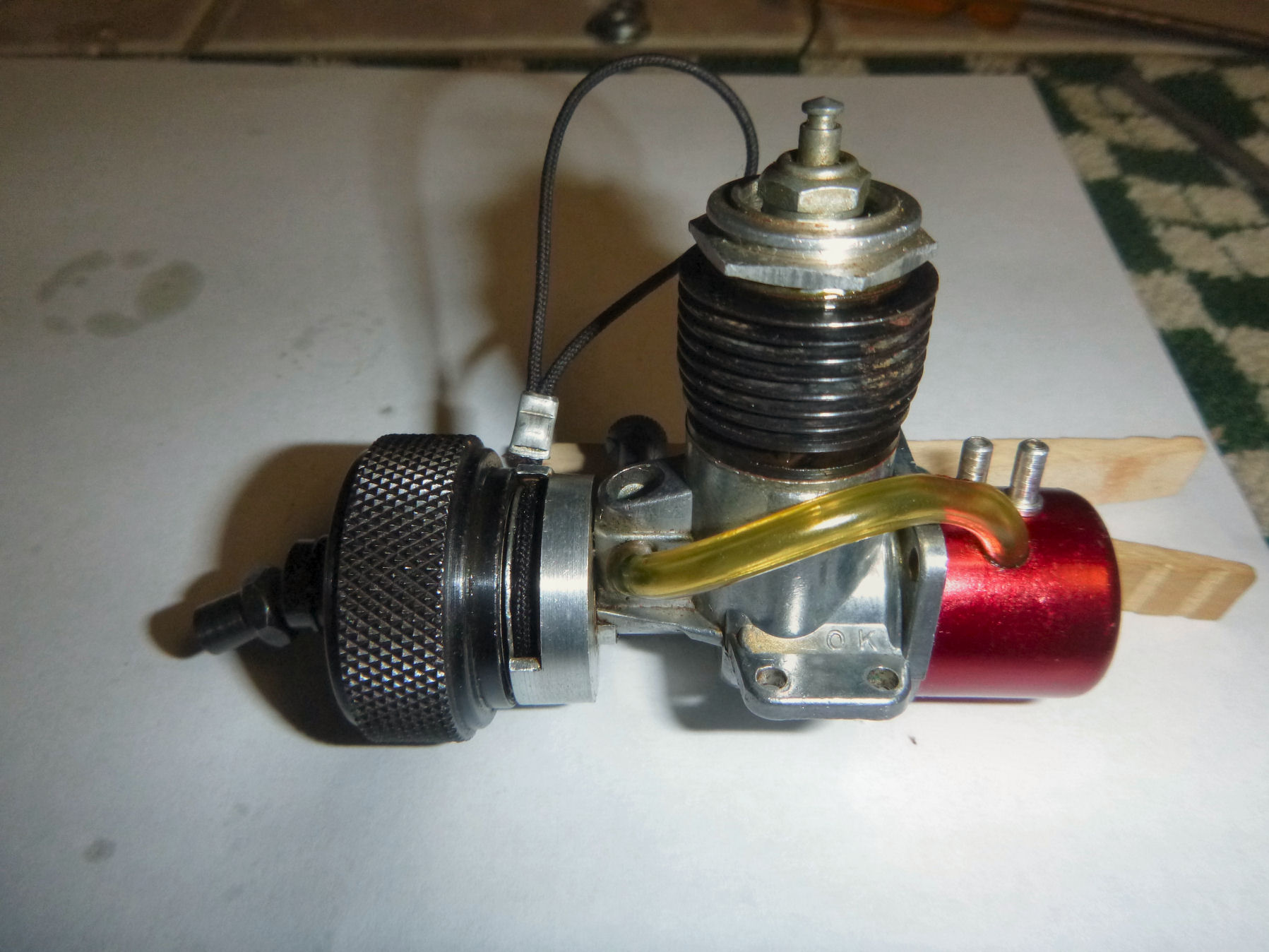 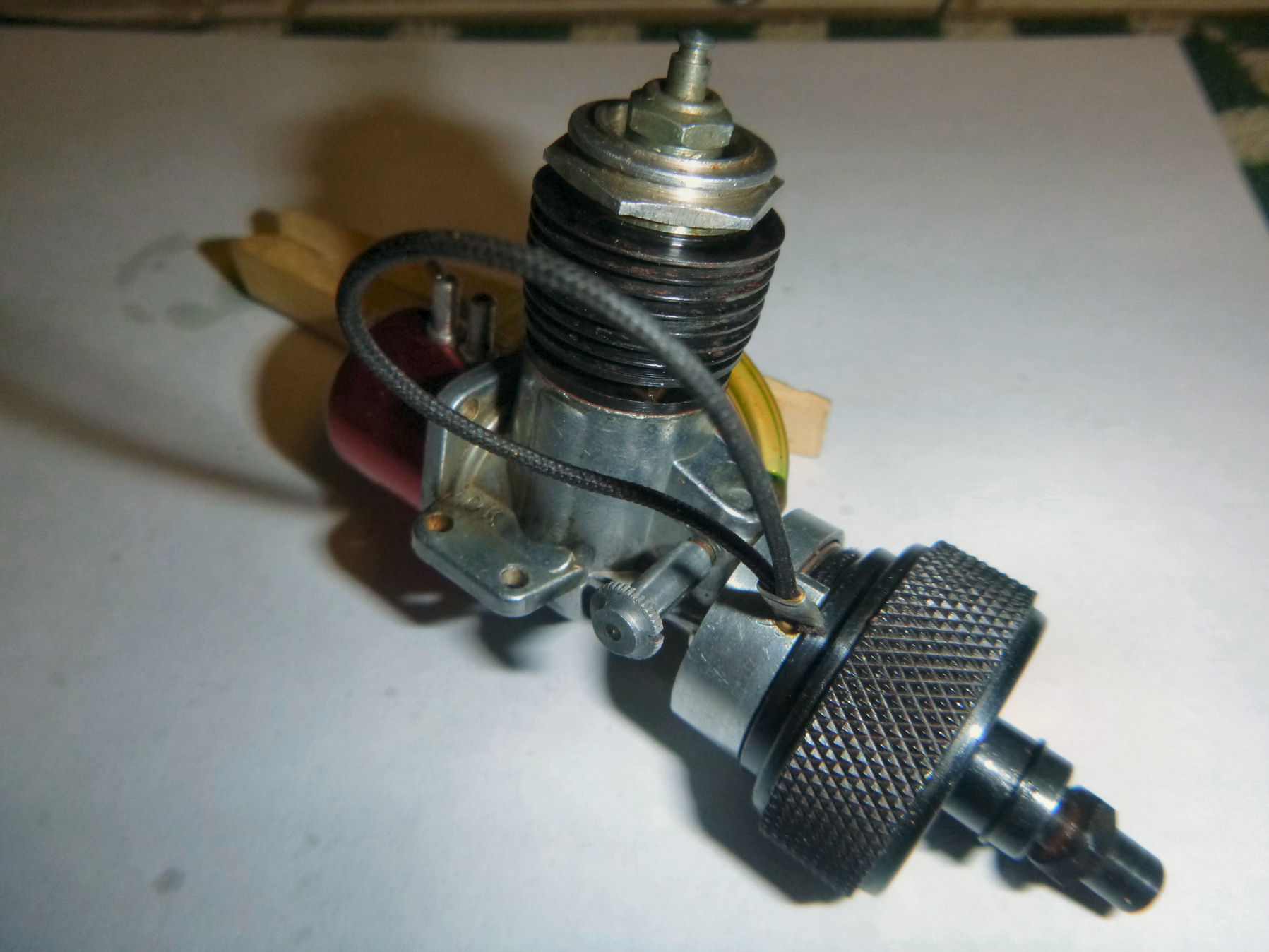 Neat !! I've got a couple of pull start Wen Macs that need to be cleaned in re-loaded with a new cord. They seem to be very challenging to re-furbish. One thing I have found though that I think is good source for replacement pull start cord is the pull cord used in those cheap ($3.99 to $4.99) vinyl mini blinds they sell in Lowes and Home Depot.