I know Cox engines have several types of combustion chamber shapes but I have not seen a TD .15 high compression head chamber. Anyone have pictures? The TD .15 engines I have all have medallion type heads as they were bought used. I want to modify a burned out head to use a turbo type plug but was thinking the after market head that uses a standard glow plug would be just as good for this size of engine. If the TD .15 head has a smaller combustion chamber then it would more sense to use it for the mods.
Any help would be greatly appreciated.

Here’s a couple of pics with a Tee Dee and a Medallion head side by side, in .15 size. The Tee Dee one looks to be more like a straight cone shape rather than ”trumpet” shape seen on .049s. Medallion has a similar (maybe a little deeper) hemisphere shape as the .049 standard heads. 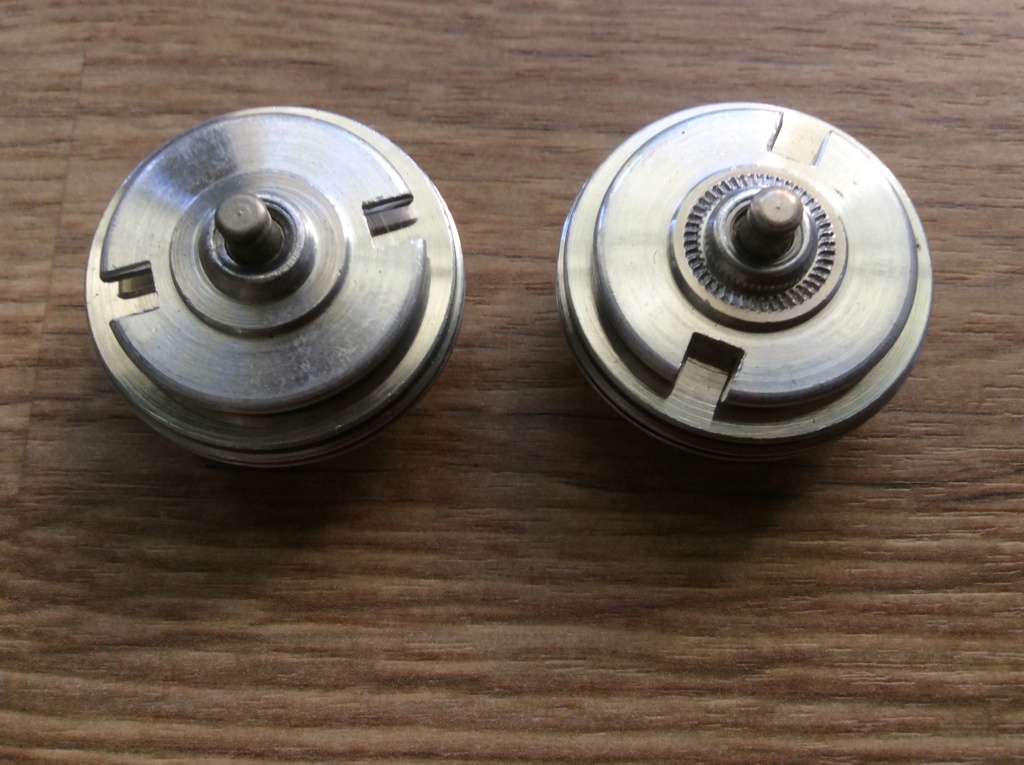 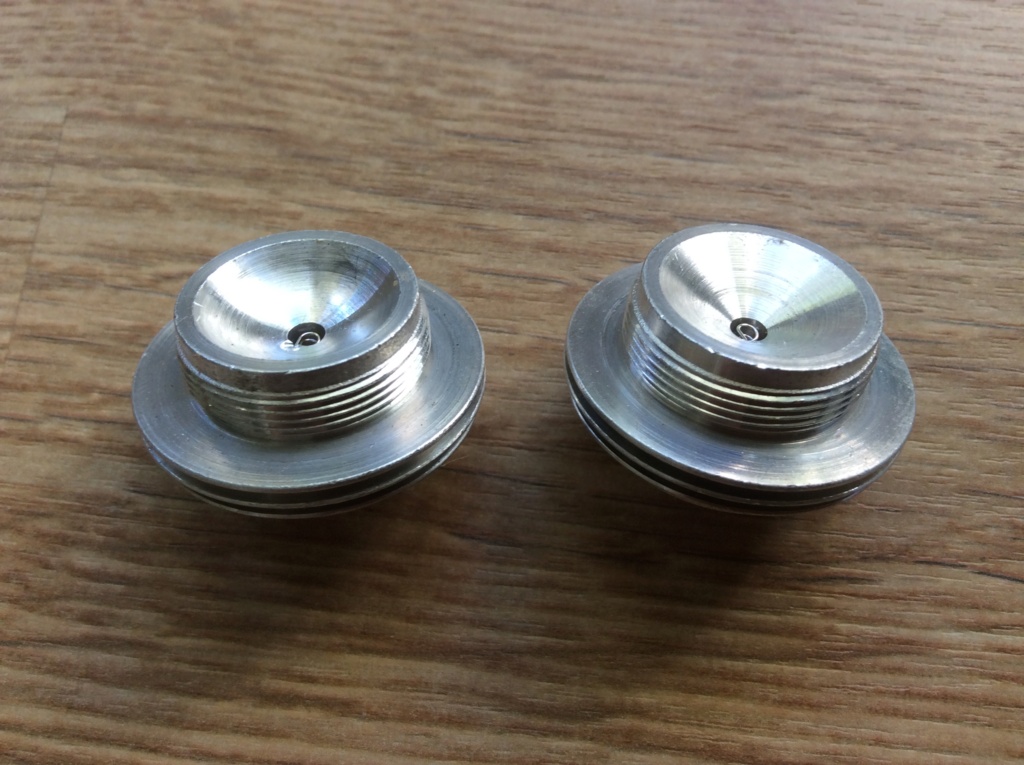 A little difficult to get a good picture of the chamber shape, but hopefully you can tell the shape from the way the light reflects from it.

Wow! There is a big difference in shape and volume. Thanks KariFS

There are 3 distinct .15 heads-the hemi head used in the Sportsman, Olympic and later the Medallion...and the trumpet chamber head used in the TD....later ca 1965-there was a third 'conical' chamber head introduced for the Special 15-which attempted to solve the deficiencies of the TD .15 head....which used to blow with distressing regularity on high revs and high nitro. The element wire diameter was increased from .010 to .012 for this latter unit...which helped a bit-as did the higher compression when straight 80:20 fuel came in for FAI FF.