Last evening proved somewhat upsetting for me. My first 40th anniversary Fox's gave up. I bought the engine in 1982-1983 when these just came onto the scene. Initially, I hated it, but after a long break-in, it really proved to be quite a jewel. Two years ago, I had an incident where I snapped the cylinder off of the case. I purchased a new 60th case and switched the internals over. This proved to be problematic as the crank didn't fit properly and the front of the case had to be machined off due to the case being slightly longer. If the prop was tightened, the engine wouldn't rotate. You have to love a Fox.

So I'm running the ole girl pretty hard last evening when I started to notice a noise I never recognized before. If one pushes the Fox a bit too hard it makes some noises that just don't sound real friendly. Well it was making those kinda noises. I chalked it up to the wheels vibrating on the aluminum gear. Then POW!!!! the engine stopped and windmilled for a brief second then it locked solid. Well, after all these years and hundreds of runs not to mention some of the best enjoyment I ever had, it's off to the scrapyard. Now seems to be as good as any to take advantage of Fox's trade in your old engine for a new one at half the suggested retail price. The crankpin snapped off and the rod mashed the bottom of the case which collapsed the hole not to mention the crank bent which is not allowing it to rotate. Like I said you have to love a Fox. Here's a pic of the crank and all you can see is the ring where the pin used to reside. It shattered and metal flakes are all throughout the engine. Ken 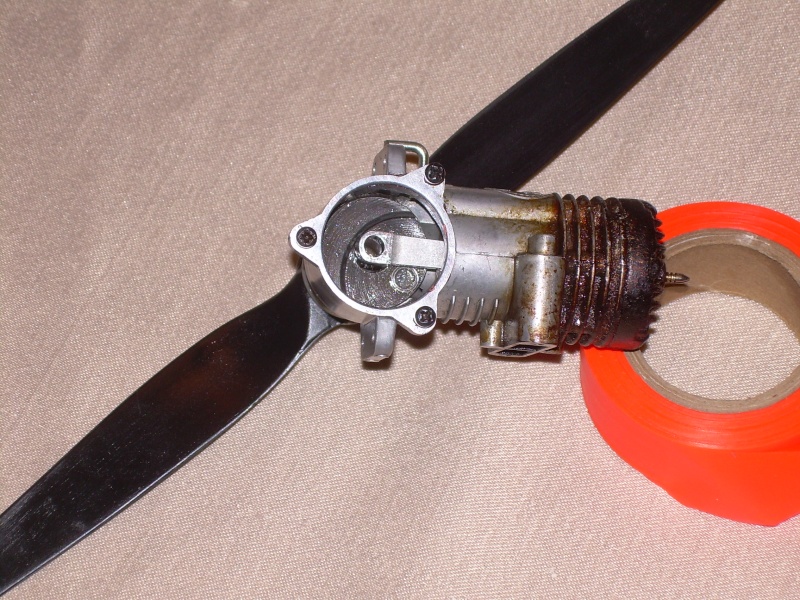 The thread should be titled what you should do!

That thing has served you well for over 30yrs of hard use. Nothing last's forever, but in this case 30yrs seems more than adequate. The one I broke lasted 60yrs and I know you work your's harder than most.

Congrats on a good long run!