This one is not quite so ugly - main difference is compression has been changed to the standard "tommy" bar, exhaust trimmed down and spi introduced. 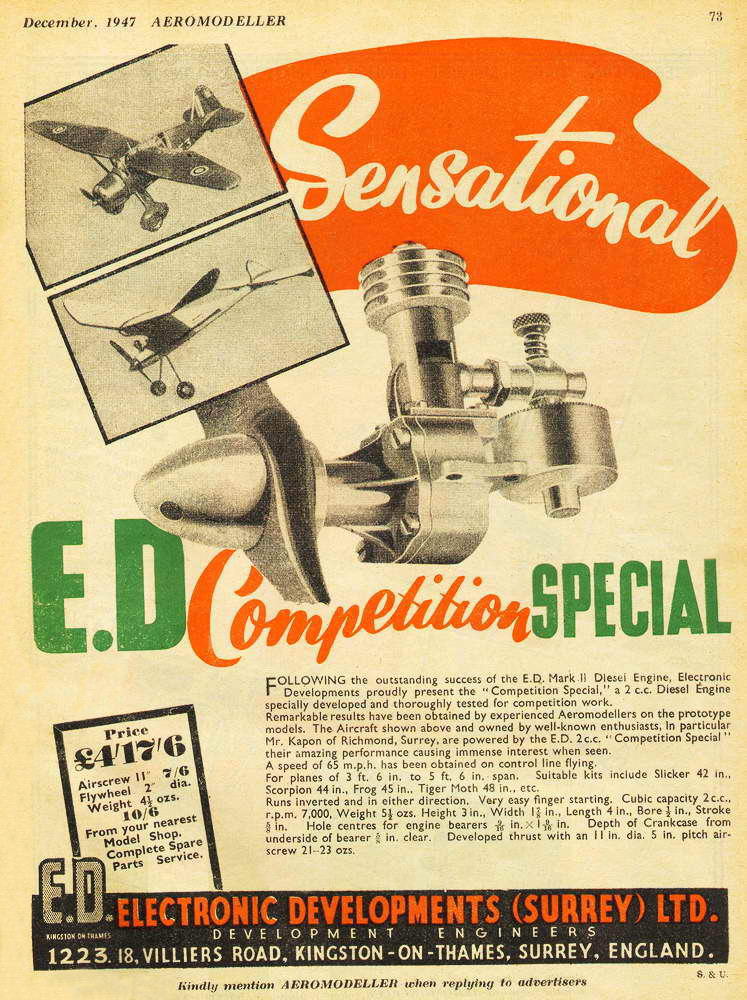 
This was designed to run on an 11 x 5 propeller. They are quite rare which is not surprising when you look at the price.

This one currently on ebay. 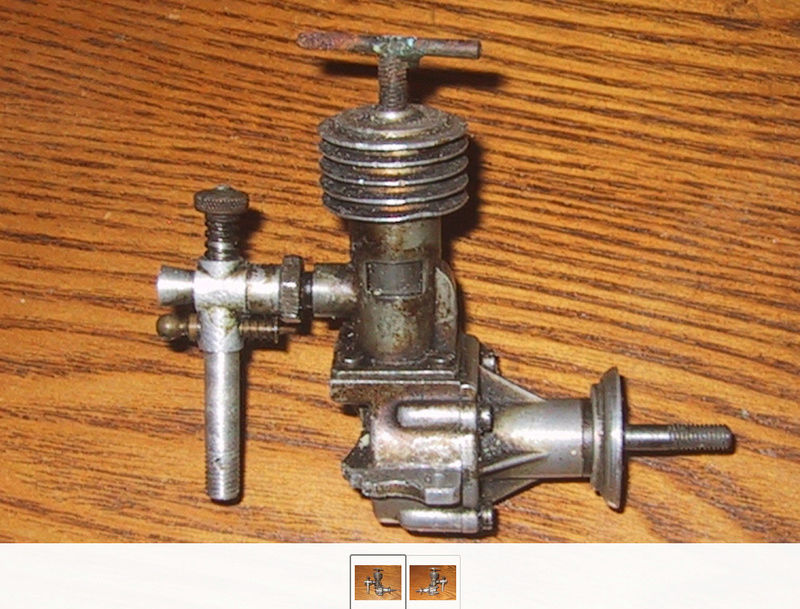 Thanks for posting the Ebay auction Rod. It gives me a chance to point out why I would not pursue this engine.

On the face of it £24.50 is a bargain (if it stays at that price) and add £13.50 for a tank and you could have a runner although the tank for a Comp Special should be red.

A pristine Comp Special is likely to fetch £90

The tommy bar has been "repaired" but is still bent where it enters the head. At first I thought that the head has been gnarled by a careless attempt to remove it and I would have to ask why? But it looks as if it was dinged in a crash. I would hazard a guess that this engine was pranged many years ago and then set aside.

Not sure that this is not totally distorted - they are not sturdy engines particularly the top end. The piston is also in the wrong position for a resting engine.

But it is adverstised honestly "for parts or not working" , carefully photographed and damage pointed out. Well done that seller. For parts to complete another restore it would be worth a dabble.

Well I wasn't suggesting that any of us should pursue it, although go your hardest if you want one. I just found it ironic that an engine that I knew nothing of prior to your post should pop up for me in an ebay search, considering your statement about them being quite rare.

@Oldenginerod wrote:Well I wasn't suggesting that any of us should pursue it, although go your hardest if you want one.  I just found it ironic that an engine that I knew nothing of prior to your post should pop up for me in an ebay search, considering your statement about them being quite rare.

Ah! So you have started looking for British Diesels! Am I sensing the onset of addiction - Let me ponder - Recent purchase of a MARZ - almost an ED Racer .............

Still Australian Diesels are sought after and the older ones are rarer than Hen's Teeth! Apart from Taipans, I have not had the pleasure of seeing any of these in any collection in the UK. I searched these details after looking up my recent Taipan engine and wondering how far back Australian model engine building went.

Some built from imported kits like this K-Dee. It could be called the "Penny Chute" 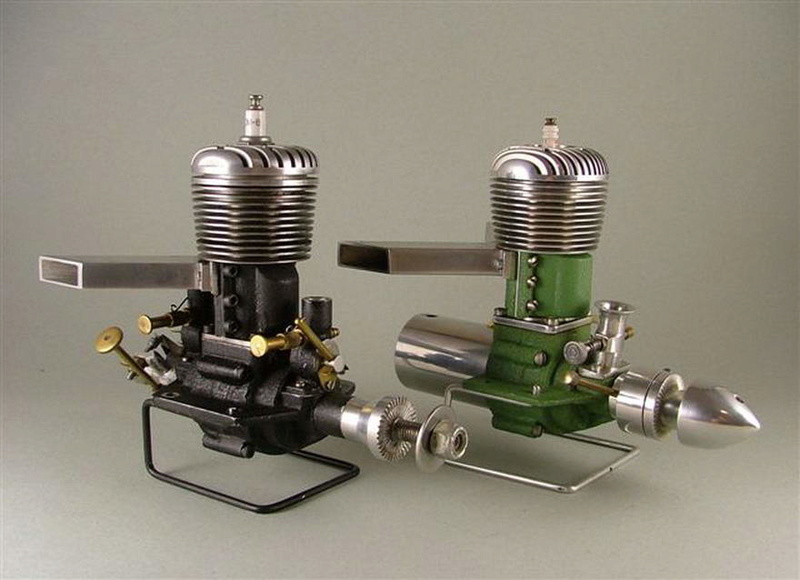 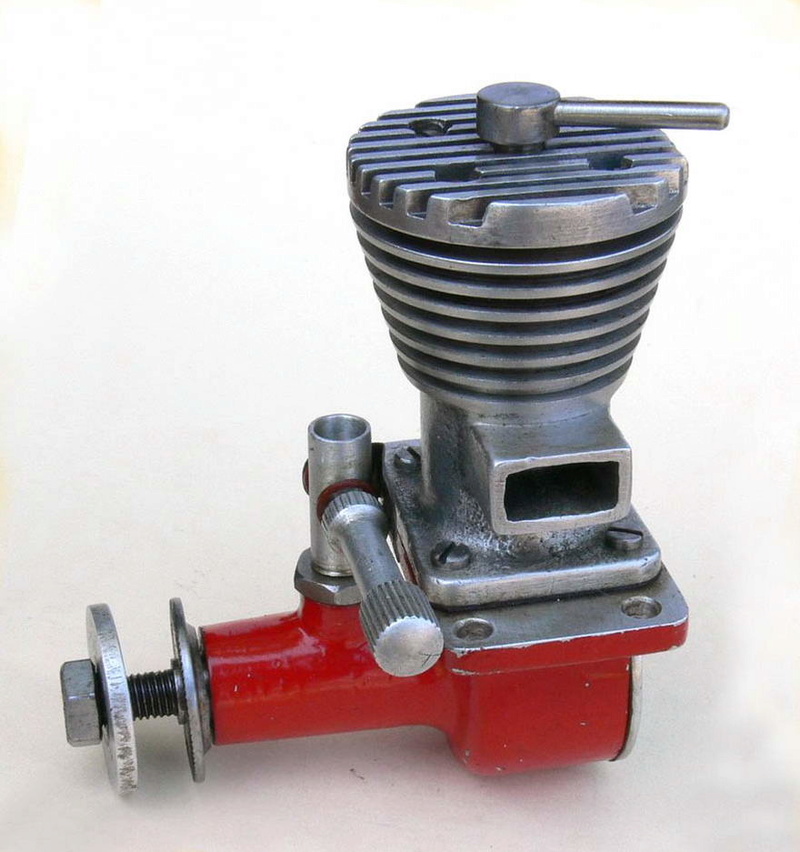 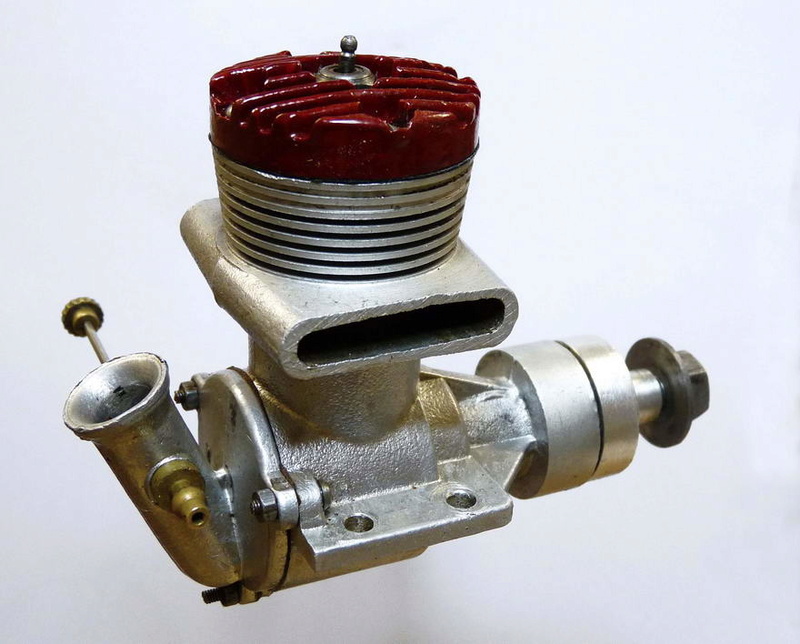 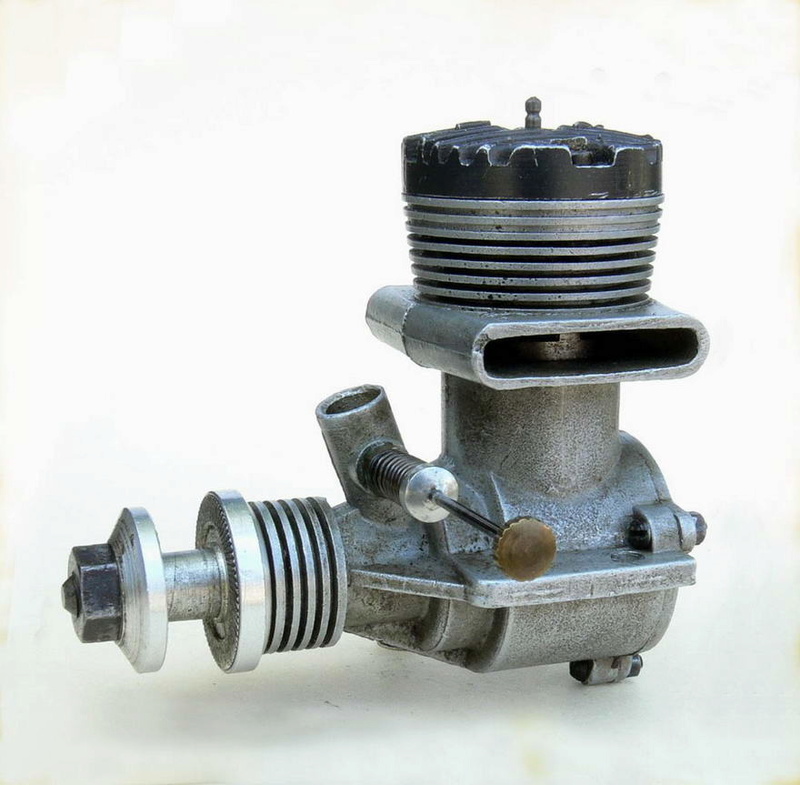 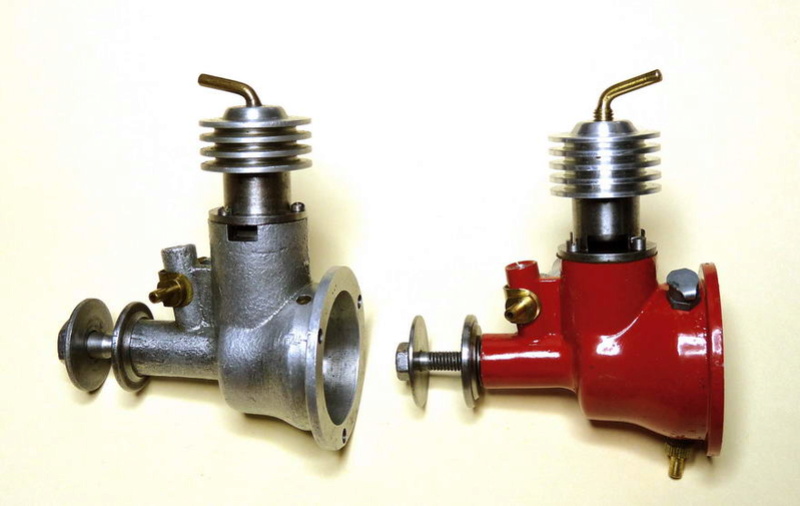 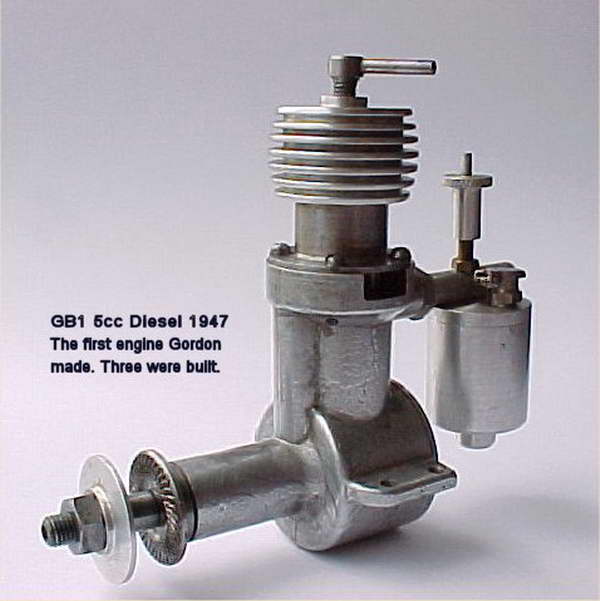 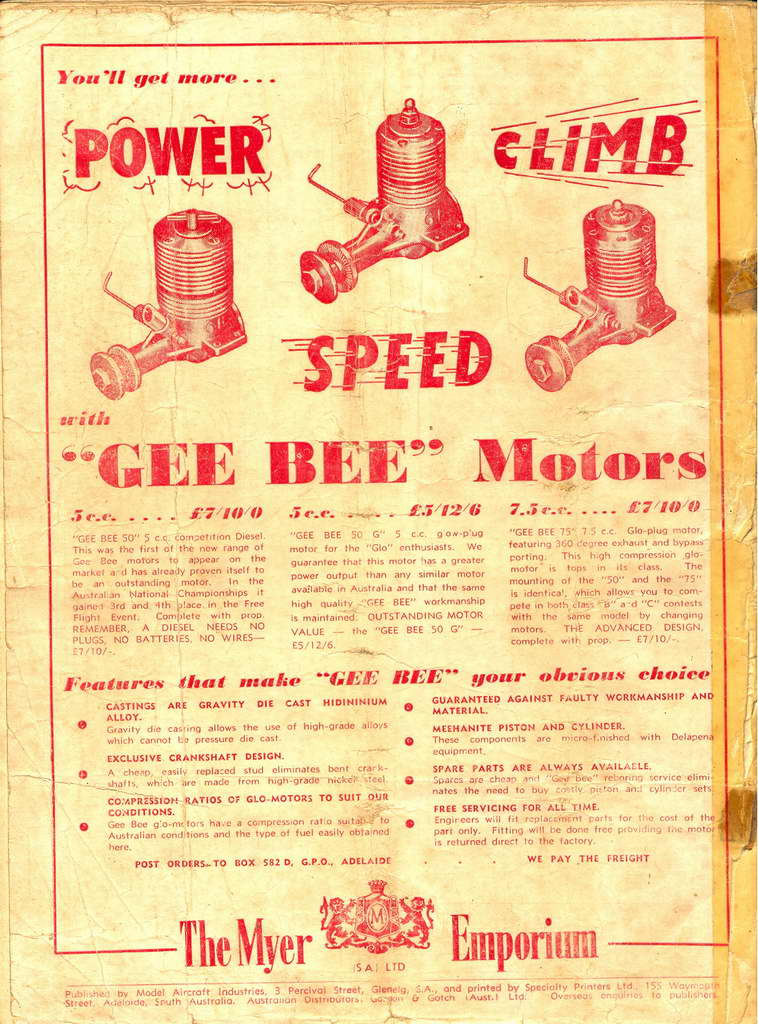 Not to mention the Glow Chiefs and the Taipans.

Then there are the OLDs 60s 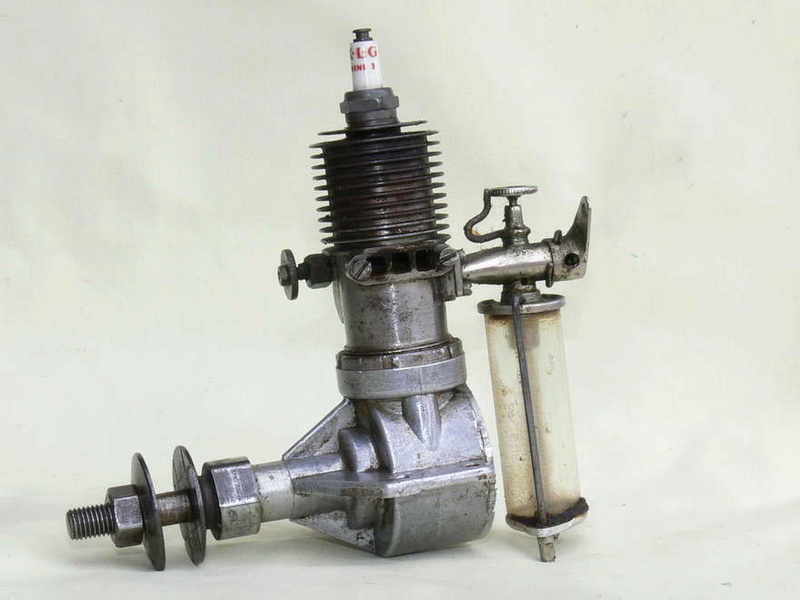 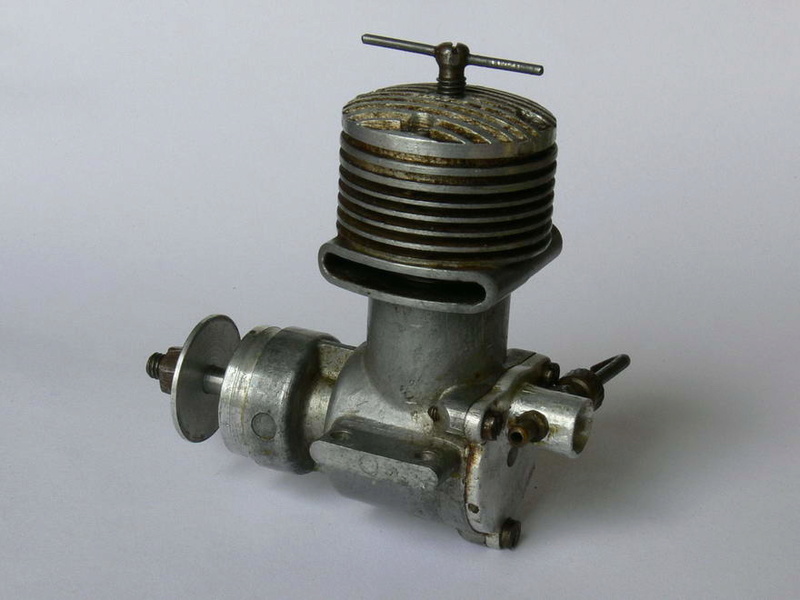 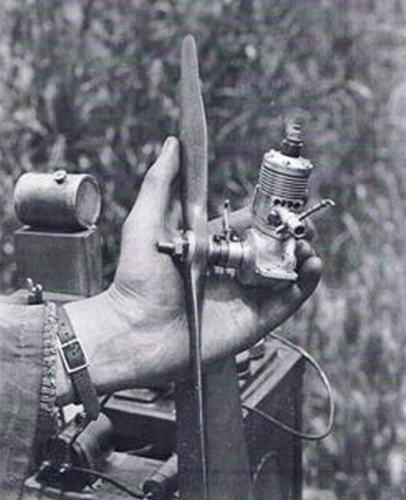 Some AHC (American Hobby Corporation) Engines were made in Australia 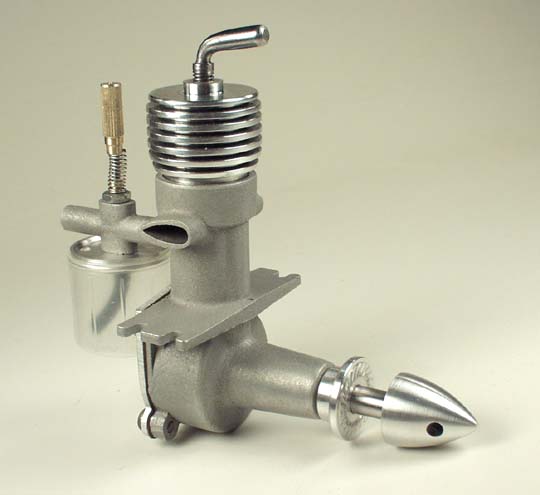 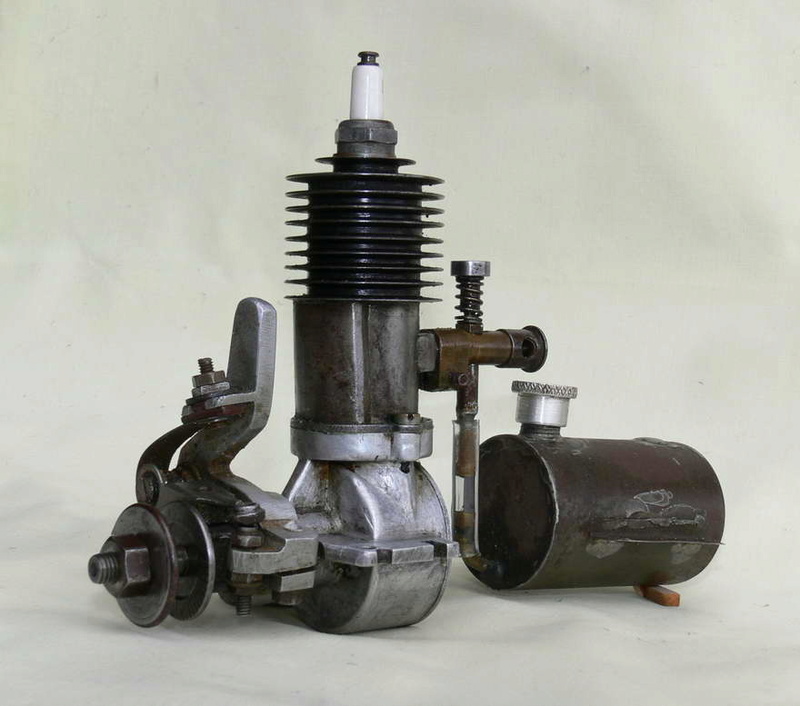 There are lots more - some still being produced.

Well maybe, but it looks like I'm not the only one with an affliction.

To clarify, my ebay searches are usually very general in nature- I pretty well look for anything and everything.  When it comes to collecting I am a 100% opportunist.  If the price is in my range, I grab it.  Probably the reason why I have so many multiples of "not-so-rare" examples, but I live in hope that I'll stumble across a gem that no-one else has noticed.  Generally my best scores have been engines which the seller knew nothing about and the description didn't represent the product at all well.  Keeping the search general aids in finding these nondescript items.