Hi all I just picked up a little Testors fly em P40 at the SMS show earlier this month and wanted to share a little video of it making some noise. This is my second P40 i've had, my original got wiped out years ago lol. As you will see it ran pretty well, just doesn't run long heh.
Anyway enjoy! (Bandit)

And here's a link
https://www.youtube.com/watch?v=M7oJagfpaME&feature=youtu.be

That was fun Dave! A lot smaller of a model than I would have thought.

She purred real nice once she got warmed-up!

Hey, bandit.
Thanks for the entertaining briefing on the Fly'em Testors. That was cool. Nobody would get dizzy on that thimble sized tank. But it sounded really healthy.
Rusty
_________________
Don't Panic!
...and never Ever think about how good you are at something...
while you're doing it!

Sounds like an airplane made for me Bandit. Six times around the circle and it runs out of gas. Only problem is I run out of gas after only five.

Wondering how those Fly'em engines "key into" the fuse. If they're retained by the slot in the case only.. there's been some experimental mods done to the backplates.. that could possibly allow you to run an external tank of slightly larger capacity.

Maybe by using this; an item that Bernie may still have in stock. Not sure if it fits your engine though. 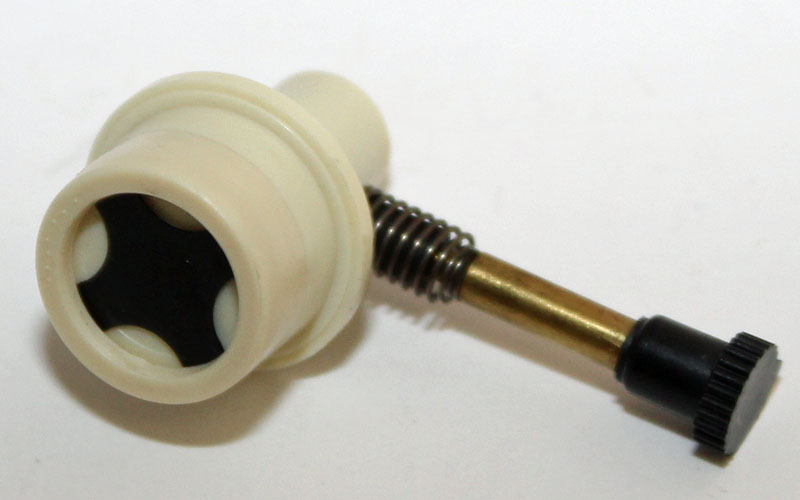 or.. if you had a donor-backplate of the same type.. you could trim-off the integral tank like Mark (batjac) did here.. and affix a fuel-line. (it's no wonder the engine doesn't run very long..) 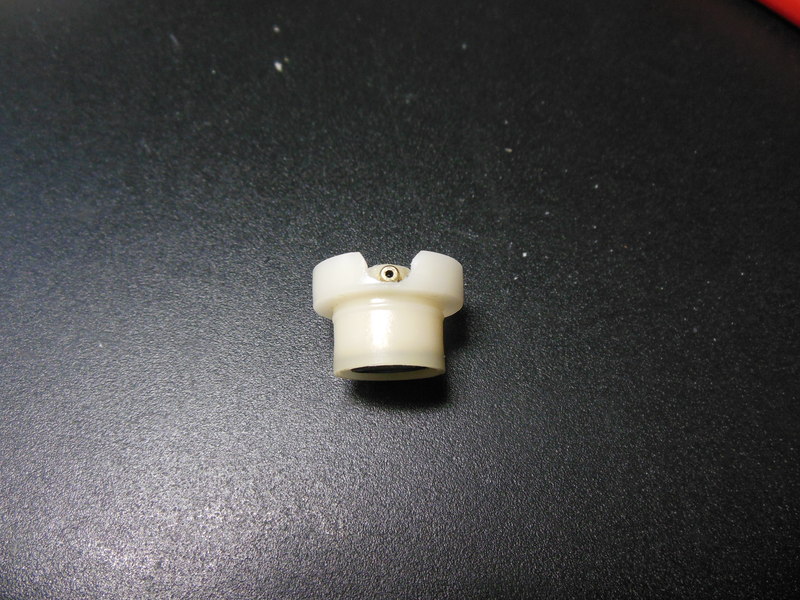 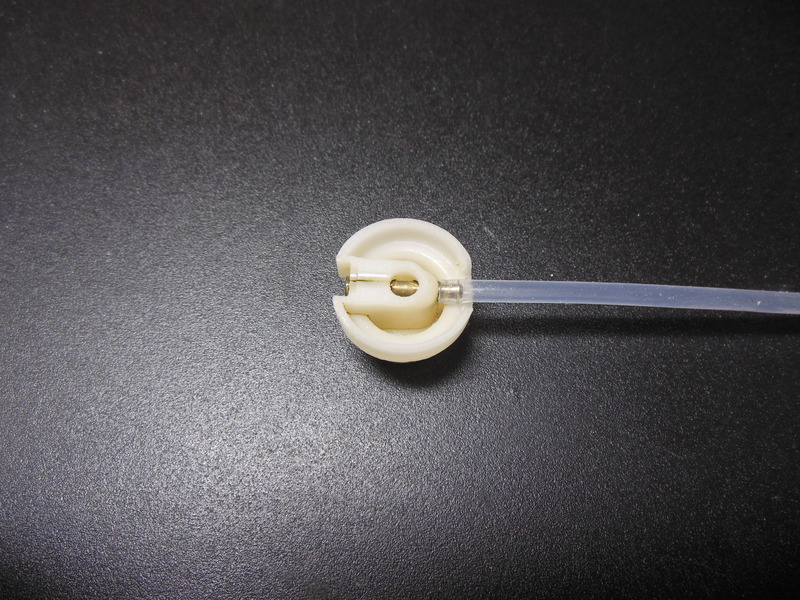 Here's a photo of mine; after some surgery with a razor-saw. 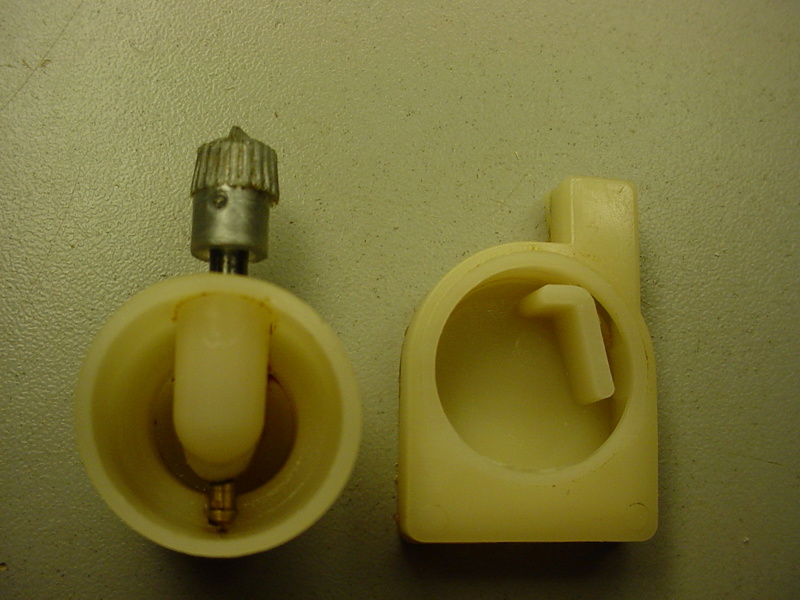 It's interesting that there's a "barb" already there.. just waiting for a line to be attached. I've never had a Testors ARF.. so I don't know what's involved in taking one apart.. but if it's not too hard.. and won't pose a threat to any of the retaining-system.. (screw-bosses etc.) there might be enough room to install a short (5-7cc) wedge.. and run a vent-extension right out the top; where the original fill-point is.

There should be a hole in the belly, where you can route an overflow hose down through. You might be able to make the mod without surgery to the model. 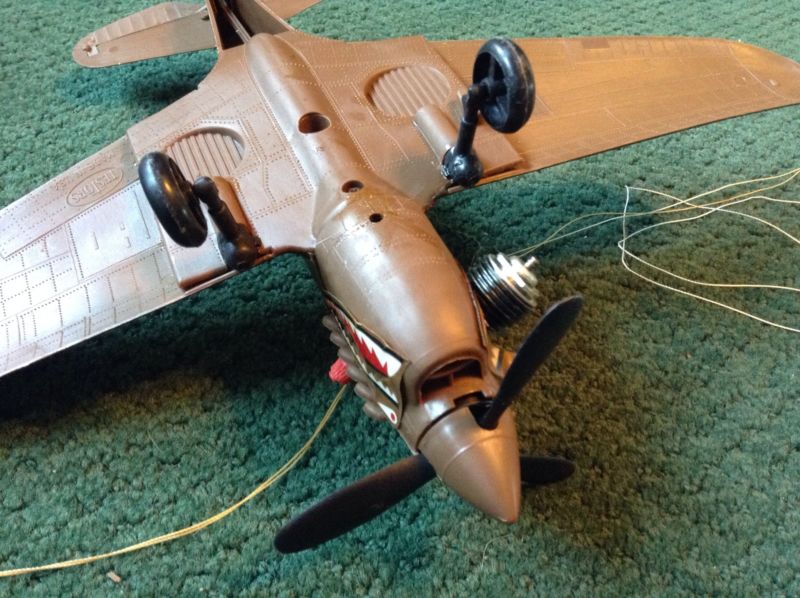 This shows a boxed-example with the "zip-starter" that you spoke of in the vid.. (curious as to what the round object is, in the lower R/H corner.. looks like a vinyl record. If so; was it possibly an operating/flight tutorial?) 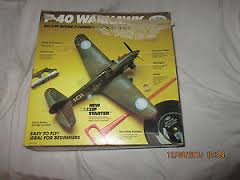 and here's another packaging design.. that probably could be "peg-boarded" at the retailer. 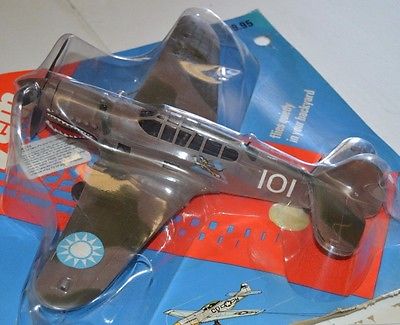 Mark Boesen could tell you more.. I'm sure.

This shows a boxed-example with the "zip-starter" that you spoke of in the vid.. (curious as to what the round object is, in the lower R/H corner.. looks like a vinyl record. If so; was it possibly an operating/flight tutorial?)

and here's another packaging design.. that probably could be "peg-boarded" at the retailer.

Mark Boesen could tell you more.. I'm sure.

That is exactly what the record is it is acculy more of a Mylar type of record meaning that it is flexible like a thin piece of lexan.
when I got my Spitfire which had the zip starter it came with one also.

Theres not much room in the nose for a tank. doesn't mean that you can't strap one to the side though. as far as how it "Keys" into the fuselage, it has a tang that engages the tab located on the side of the crankcase. (Bandit)

Hey TD That's a pretty good runner there and informing video , that plane is small i would think even with a not so powerful engine it would get around the circle pretty fast ! Thanks and good to hear from you !! Eric

My Fly-Em Zero has a flag like knob for the needle valve. Absolutely the dumbest design I have ever witnessed. You can't turn the knob in to lean it out like TD's P-40 is. It has two positions, run and never start. The challenge is finding which way to place it initially. I have 2 Zero's and they're both identical. The earlier one has it's insignia's a bit darker red than the other and the wind up spring configuration is slightly different. Without removing the flag like plastic pointer, I can't even tell if it would screw in further. Control response is pretty poor and evaluating the control system, there's a number of reasons why. The plastic T shaped pushrod has the strength of a piece of linguini.That might be even giving it too much credit. I need to stiffen that up a bit but in regards to the elevator, it really flexes badly due to only 2 pivot points on the very ends. I'm hoping to have it it flying condition by the time the weather breaks here so we can have our 1/2A day that's been on the calendar for almost a month. Ken

The late Bill Netzeband did a lot of the design work for the 'Fly 'em series planes, here's a reply to an email i sent him years ago:

What was up with the fly'em engine with no threads on the needle, when was that made?

The no-thread "fuel control" was an attempt to fit an engine with a single turn valve, which had logical sequence positions to provide, 1- Wide open to prime intake during tank filling; 2- RICH mix to start cold: and a "RUN" range to lean out the mixture to "speed up" the engine. There was a position to shut off fuel, in order to crank off a "flood", or to quickly "kill the engine. We got suckered by making prototype parts that performed exactly as designed. During the first production run, it became clear that we couldn't MOLD the plastic valve stem and the mating slot in the plastic tank consistently enough to cover the minute range of metering area to do the same job as the prototype machined parts! Unfortunately, we were committed to ship quite a few defective products, before going back to the "venerable" needle valve system. There never seems to be enough lead time to complete and test a perfect product design, but plenty of time to "do-over". "

Ok, This is getting interesting. Time to go check my Fly'ems.

Mark, that letter pretty much explains my experience with the needle valve and as Bill states, it cuts off the fuel at a certain position which it does. It's a very fine line to find but when you find it, it does work. Ken

Mark, I don't have one of the engines with the metering valve, but have always wondered how hard it would be to fabricate your own metering rod.

Roddie, I have a P-40 that's still new in box. From time to time I consider opening the box and playing the record so I can make an .mp3 of it, but I just hate to open up a never opened box.

batjac wrote:
Roddie, I have a P-40 that's still new in box.  From time to time I consider opening the box and playing the record so I can make an .mp3 of it, but I just hate to open up a never opened box.

Well Mark.. I don't blame you for not wanting to open a sealed box. It would be very cool though, to digitally-record that disc. I doubt that anyone's attempted to do that. I do have the means.. but not a disc. I'm sure that they're quite rare.