We all have models that break.. or models that are in "repair/rebuild-status".. as well as models that have been given to us in pieces for one reason or another. Maybe they weren't finished... or were modified.

"My box" contains a little of each.. along with "nostalgic-carnage".. that I can't seem to part with. Mine is a small box that originally contained copy-paper. I opened it this afternoon to access some old airplane parts. 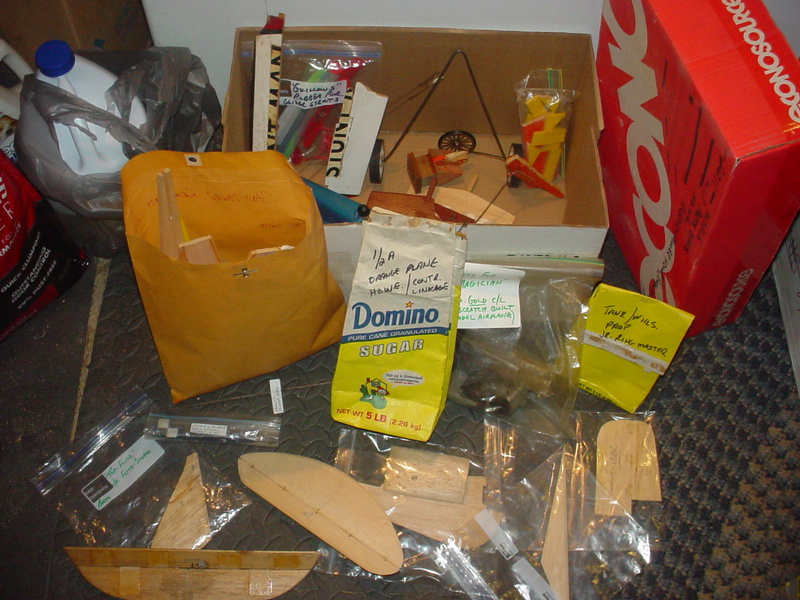 Anything  that's put in the box is reasonably safe from harm.. or being lost/misplaced. Some stuff is in bags.. marked with the contents. I'm a bit mental about these things.. but that's just the way I am..

I have an airplane that I really want to fly again.. but I removed all the hardware to repaint it several years ago. I think the paint is cured enough now to put it back together.. 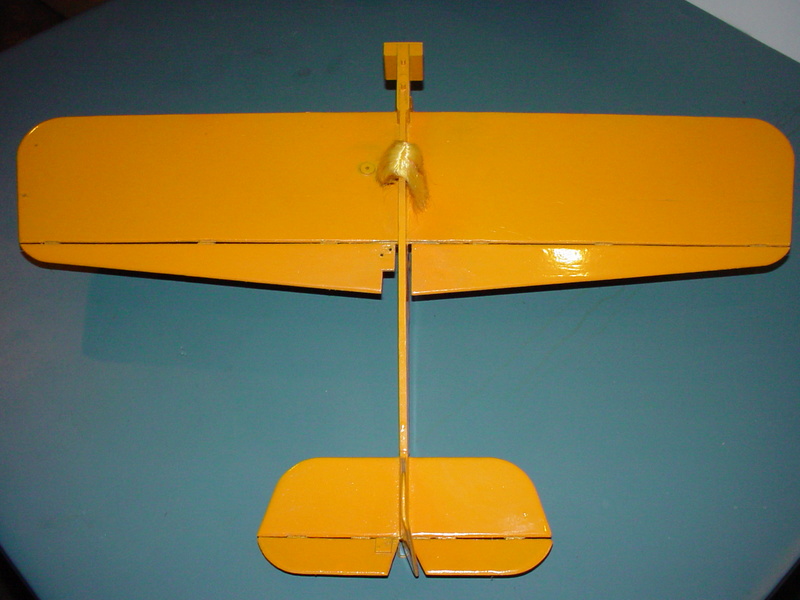 This was originally built in 1992.. and is my own design. I did my first loop and inverted flight with this model. It had a Cox Golden Bee engine on it originally.. and was later flown with a product-engine with a small wedge-tank.

Here's the parts-bag that's been sealed for decades.. It's time to put it back together now. 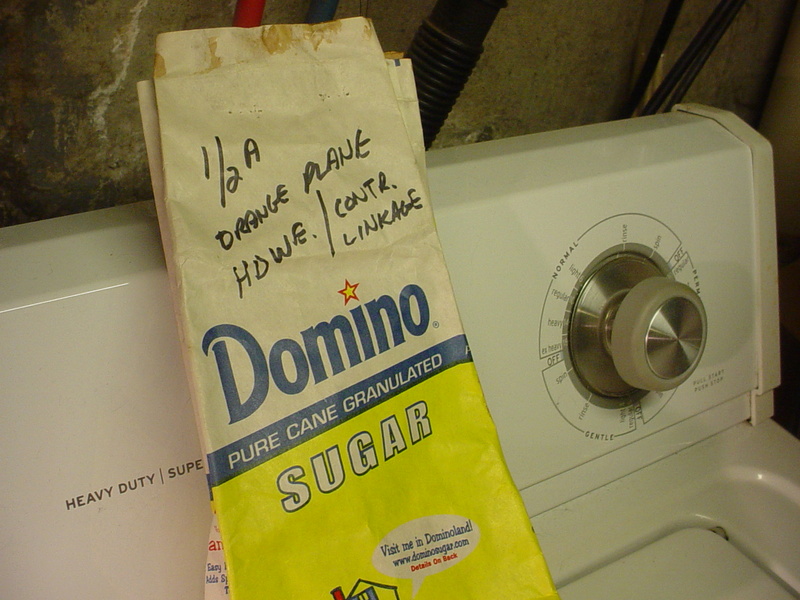 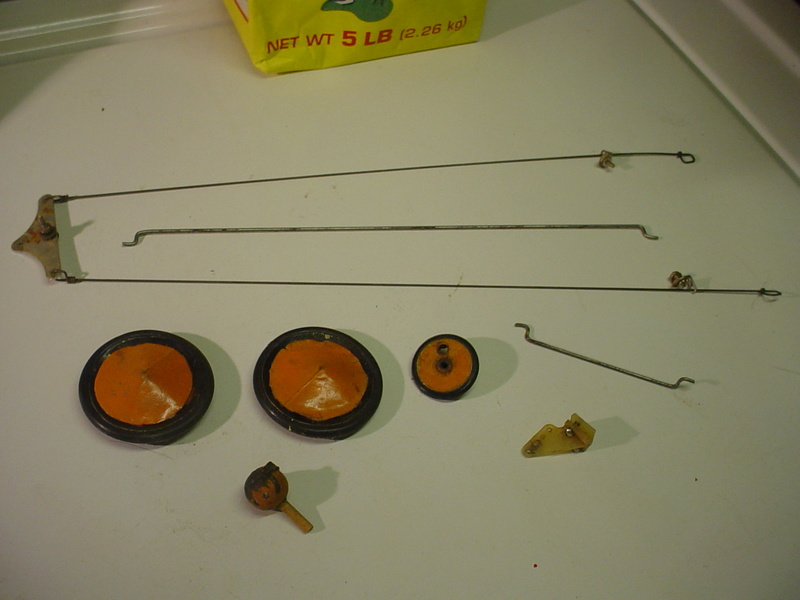 You may have seen this model previously with "snow-skis" mounted.. but shown are the original wheels for it.. including a tail-wheel with hole to accept the pin on my launching-stooge. Those wheels were penny-items that I found at a craft-store. They're "spoked" made of tin with a rubber-tube-tire and had a hub that could be bushed to fit a music-wire axle. A few of my airplanes used them. They were lightweight.. yet strong. 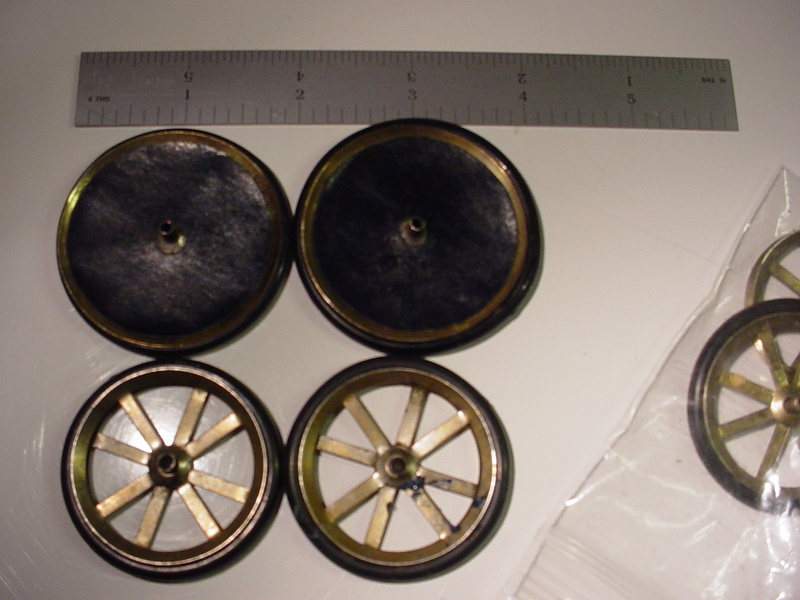 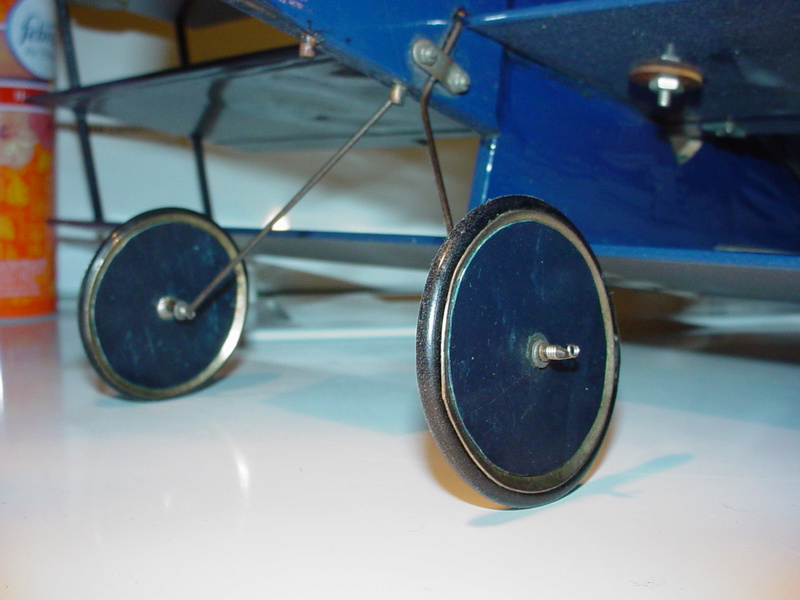 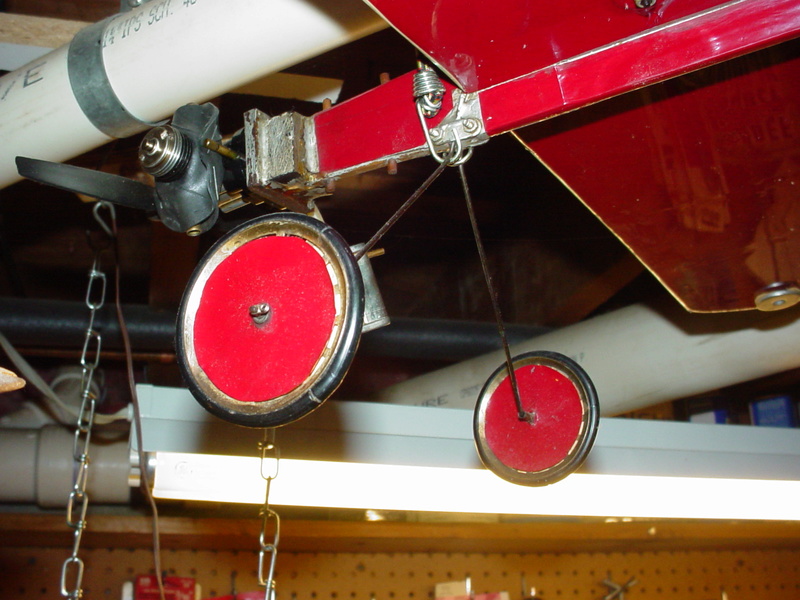 Here's a photo with the snow-skis.. although I've never flown it with them. 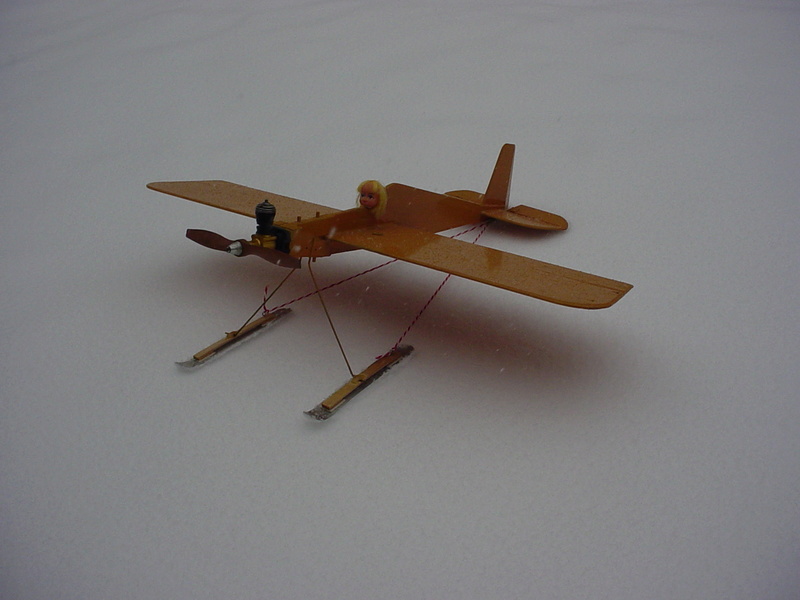 I don't recall the flap/elev differential.. but maybe that will reveal itself when I install the horns/pushrods? There are no clevis's in the linkage.. so as long as the flaps/elev are neutral when the linkage is reinstalled.. it should fly as it used to.. I hope.

Roddie , make sure those plastic controls are in good shape ! nothing worse than a control failure !!

Yep do that.... I have unused nylon control horns that have never been used in 25~35 years and are now too brittle to consider

fredvon4 wrote:Yep do that.... I have unused nylon control horns that have never been used in 25~35 years and are now too brittle to consider

Phred.. have you pulled down some of those boxes yet? You will find things you forgot about.. possibly stuff that you've been searching for. I'm one to talk..

I don't have "just one box".. believe me. The box I opened yesterday had parts for the orange "Barbie" airplane in it.. which I needed. It also has a retired Cox PT-19 fuse.. and a bag that contains a prop, tank and wheels for a Jr. Ringmaster that's set-up to receive an old steel-fin Fox .15.... for when I source the correct fuel to run it. There's also a bag that contains Guillows plastic-parts for the old "corner-store" free-flight balsa model kits.. rubber-powered and gliders. There's even a set of struts for a biplane-glider. I think they all used 1/32" sheet-balsa for the wings. 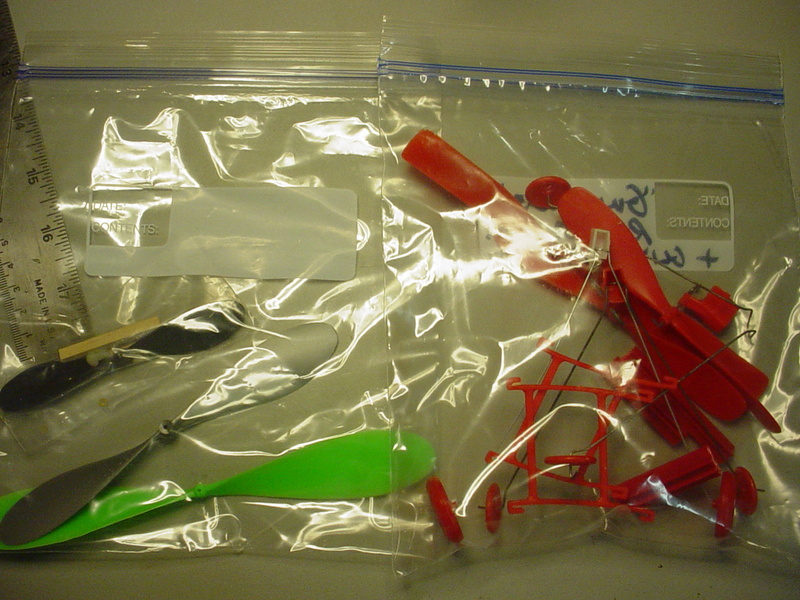 I have several other boxes that contain parts for model-projects; mostly model-boat stuff.. but one box has parts for a JRM-2 Martin-Mars "flying-boat" that I started 15+ years ago. CNC-machined aluminum, foam and plastic parts from when I had access to a CNC router-machine. It's to be a stand-off scale 48" wingspan RC model. A retirement modeling-project.. if I survive that long..