Log in
Search
Latest topics
» Thanks Admin !!
by getback Today at 5:03 pm

» Cox engine parts SOLD to Mark from Oregon
by Oldenginerod Today at 4:48 am

» When a safe is not safe..
by GallopingGhostler Yesterday at 11:34 pm

» Show and Tell
by gkamysz Yesterday at 5:07 pm

This article has been 'setting on the shelf' on the .049 Collectors Yahoo Group for years and thought it would be of interest. 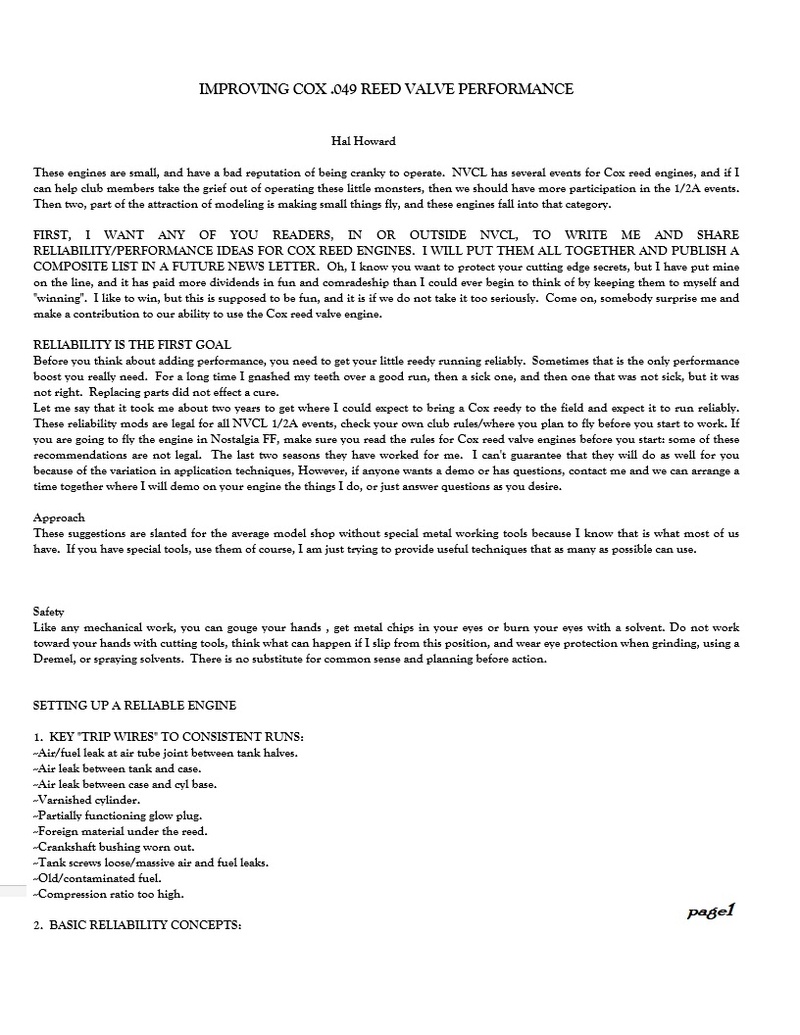 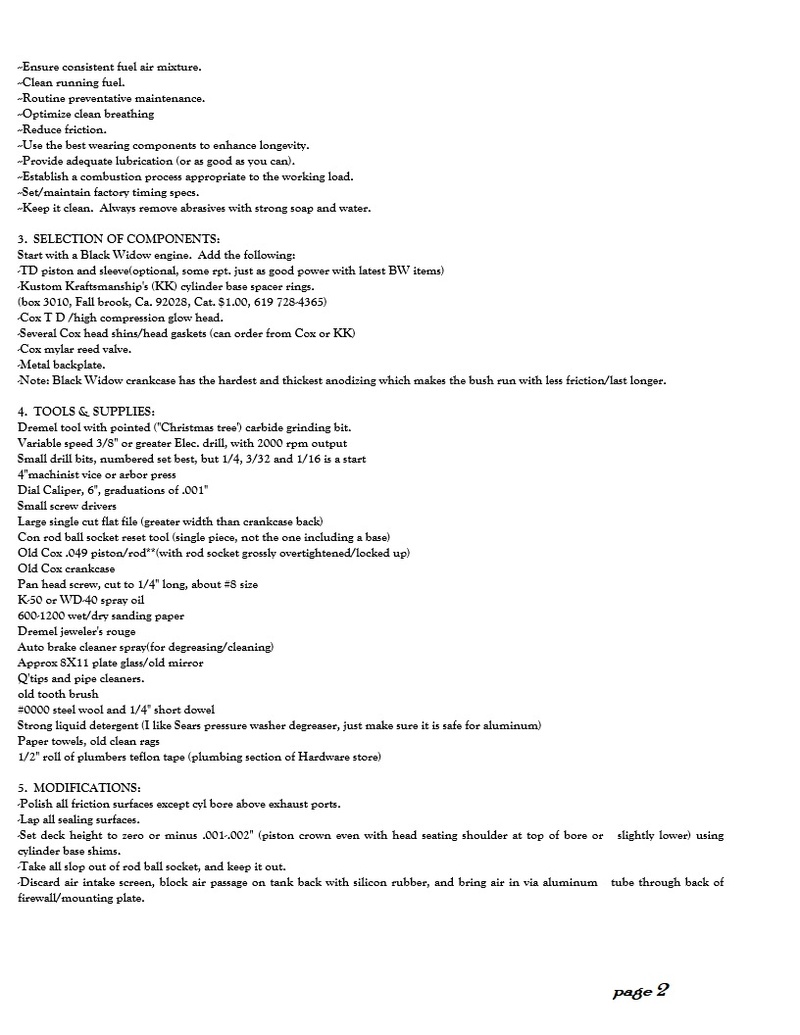 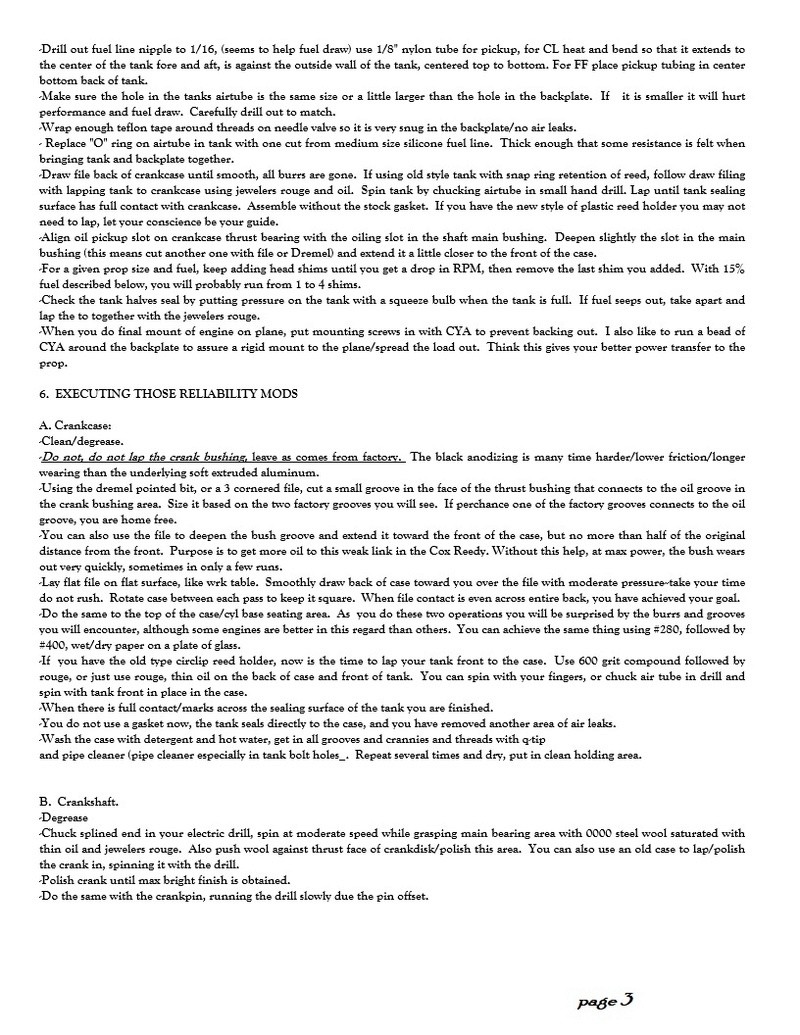 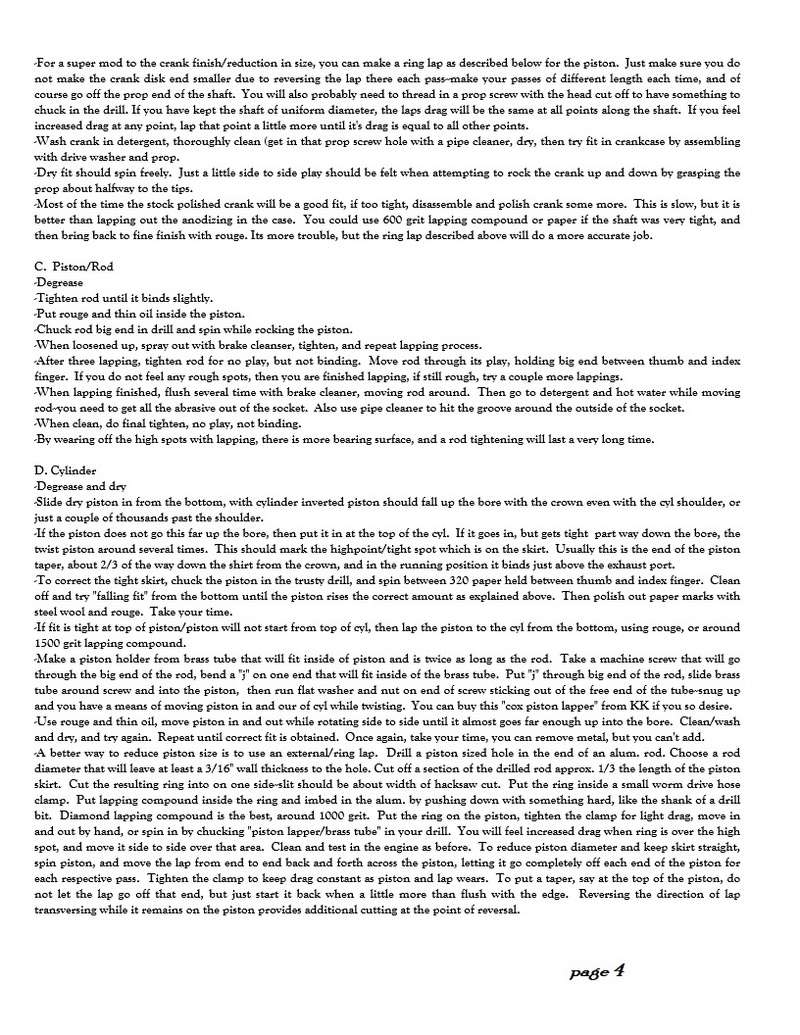 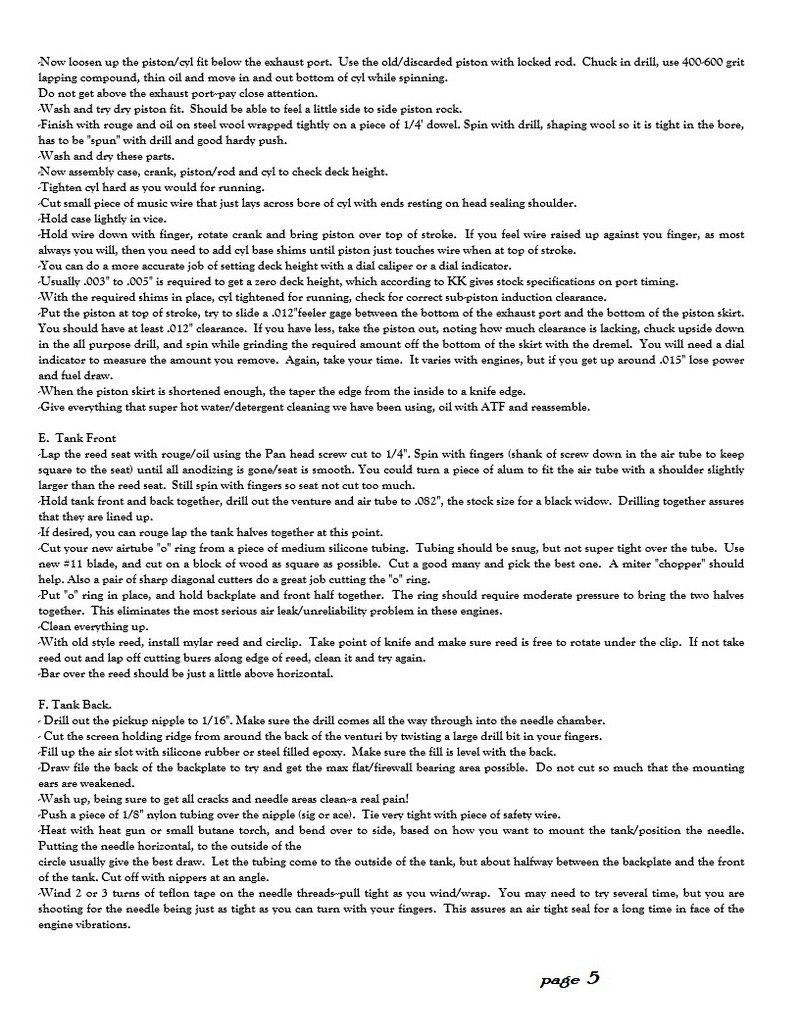 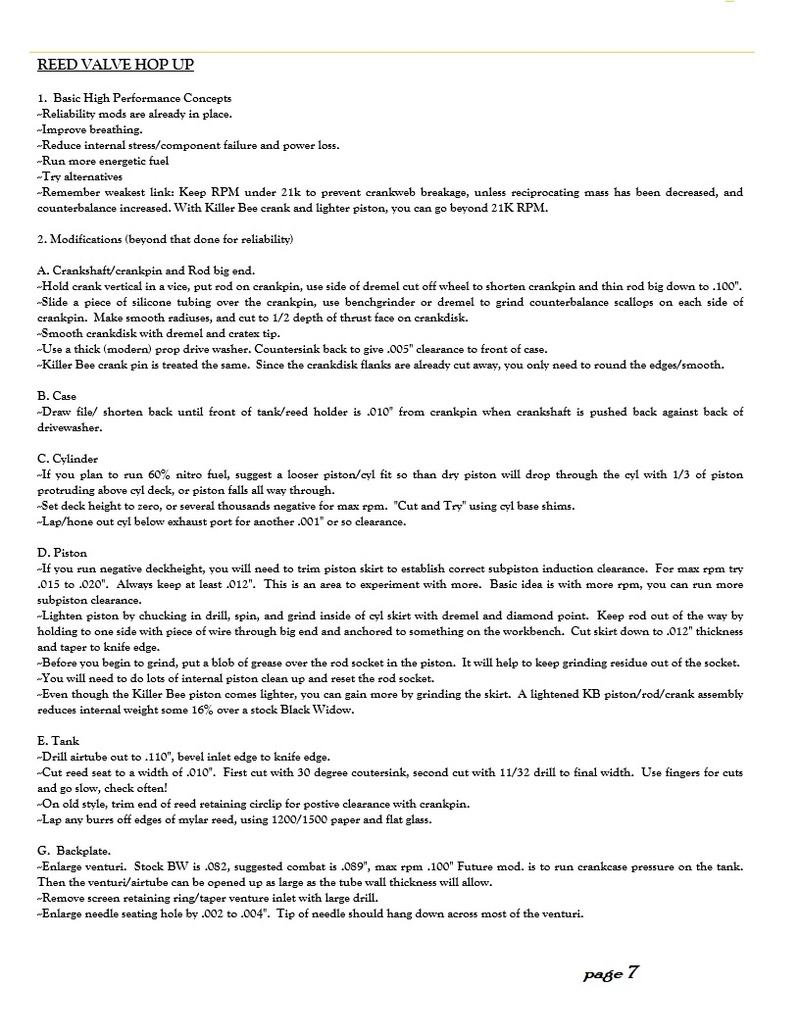 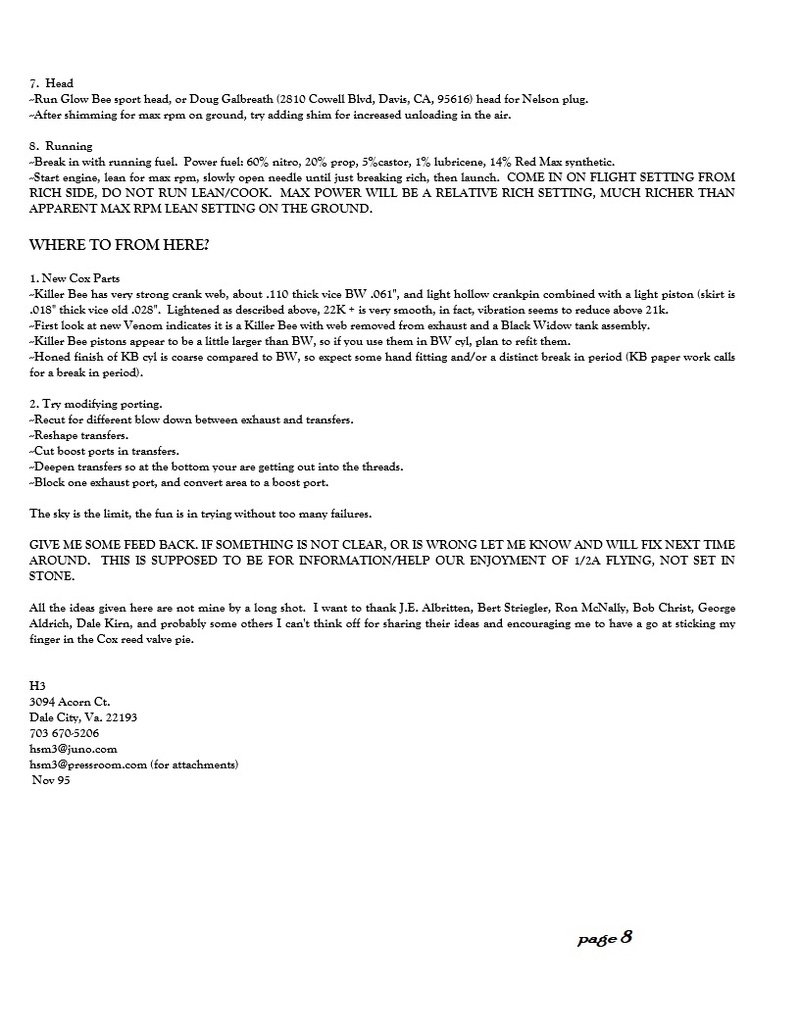 Great, thank you. More new reading material to print off. I know I am on the FB page, but had honestly forgot about Yahoo groups, and those I was on....Thanks again for bringing this to light.

Quite a bit of reading there. Some stuff I agree with, some I don't. I guess it comes down to personal experimentation and experience. I don't think there's any way I would not use a tank to case gasket as suggested. Regardless of how well "lapped" the tank is to the case. Also, the idea of over-tightening the ball socket and then lapping it with jeweller's rouge repeatedly doesn't sit right with me. I can't see how you could ever be certain to have completely removed all abrasive material from a tight socket. Also, zero clearance means less opportunity for oil ingress. I'd also suggest that any clearances at cold cannot be expected to remain the same at operating temperature.

Like any of these type of articles, read and absorb it, scrutinize it, compare it to other's suggestions and make your own mind up.

Mark, thanks for reposting this here. Don’t think I have seen it on yahoo pages, so it’s good to show up here. Lots of tips and tricks to use as needed for better performance. Like Rod said, read and absorb, use what you feel will work.

Thanks Mark
Has anyone tried blocking an exhaust port and cut a booster port in that section? He had that listed as a mod to try.

There is a lot of good stuff in your “files” section in Yahoo. This was a PDF I saved years ago, do you know how long the files will be available? Maybe I should go save more before they are gone.

coxaddict wrote:Thanks Mark
Has anyone tried blocking an exhaust port and cut a booster port in that section? He had that listed as a mod to try.

YES! Joe Klause (Mr. K/K) used to offer what he called Schneurle ported piston/cylinder assemblies. The advertising claimed they put out more power
and they sold for a higher price due to the port grinding work involved done to blank cylinders.

HOWEVER, myself ( & others) have found that this 3 port single exhaust arrangement did not produce any more power than a good TeeDee assembly.
My best mouse race time with a K/K Schnuerle cylinder assembly was 5:07 for a 100 lap final. Although nothing to sneeze at & very competitive
(that race was a new NW record at the time), it was not really quite as good as my best regular ported cylinder motors. Those regularly flew under
5 minutes for a final with a record best of 4:22 which still holds today after 19 years!

So although it looks really skookum, when the rubber hits the road (in air flight testing) it didn't offer a speed advantage. Further, to my knowledge a Sch. cylinder
engine has not set any of the AMA Class 1 Mouse Racing records. Such a cylinder was preferred in TeeDee powered piped 1/2A speed models of the day,
but that is a whole different story.

One interesting finding with my 3 ported single exhaust cylinder assembly is that there is a noticeable increase in FUEL ECONOMY. Even with a huge .093"
venturi, I was disqualified in a race last year due to flying a 50 lap heat WITHOUT a pitstop. Although very unexpected, maybe that means that the performance potential is there, buy my particular tuning was in error... In other words, if fully tuned.....then MAYBE! I'd be curious to hear about other users of a Schneurle
ported Cox engine.