» The writing its on the wall!!
by GallopingGhostler Yesterday at 8:42 pm

» Metal back plate
by Cox International Yesterday at 6:40 pm

The recent talk about the many places seen by the Traveling Engine made me think that there may be some interest in a thread dedicated to member's' homes around the world.  Many incredible places have been posted, but may be buried in subject threads that might make them hard to find.

So, I'll start, and if anyone wants to check in with their places and stories, please feel free to post.

Cruising back from the Allen Brickhaus Memorial Control Line Stunt Contest over in Paducah, Kentucky, and decided to let my nostalgia risk my life by taking a lap around the River Wall Drive on the back of Cairo's flood wall.

But for a single pick-up truck and boat trailer, the place was deserted, so I upped the ante with few quick photos.

Like so many places of my youth, this is now a much different place, in spite of the occasional efforts change it's image.

If you were to stand in this same spot in the early 1960's, you would see cars parked bumper-to-bumper along the ledge, with others slowly cruising by in the open lane. People would be walking among the cars, and down toward the river, trying to get a good angle for photos of the river and the bridge to Kentucky.  The Ohio River ends just pass the bridge, absorbed by the Mississippi River which is blocked from view to the right.

The river would have dozens of small boats racing back and forth, many towing water skiers, with their parked trailers and cars lining the boat ramp. The arrival of the Delta Queen would be announced over Cairo's radio station,WKRO, and The Cairo Evening Citizen newspaper. IF you were lucky, some adults would be interested enough to brave the crowds and traffic to get a glimpse of the riverboat.

If you were really, REALLY lucky, your Big Brother would arrive from far-away and mysterious Kansas City, and take you and sister out for comic books from the dime store and a trip ACROSS the river bridge and then back to the housing project! THAT was high living!!!

Places where I have lived. Well, over 80 years from the White mountains of New Hampshire to the white sand beaches of Pensacola Florida to the country roads of (mountain Mama) West Virginia and many places in between. In the military you tend to move around.

I will have to get out my albums and think about it.

I would love to participate---and Like Bob, military and a LOT of moves...BUT zero photo album's to digitize..all were eventually lost to Army movers and divorces...Yes plural...mine and my mothers/fathers

I thinks as others share I might be the guy that has to chime in and say >>HEY I used to live near there!

You can put me in the Military boat. I have lived in Canada, Texas, Georgia, Korea, Ohio back to Texas and finally Oklahoma.

My favorite place was Georgetown Ontario. My Dad bought a house built in the 1880’s. I loved that house, still do, unfortunately it’s probably close to a million to buy it now. 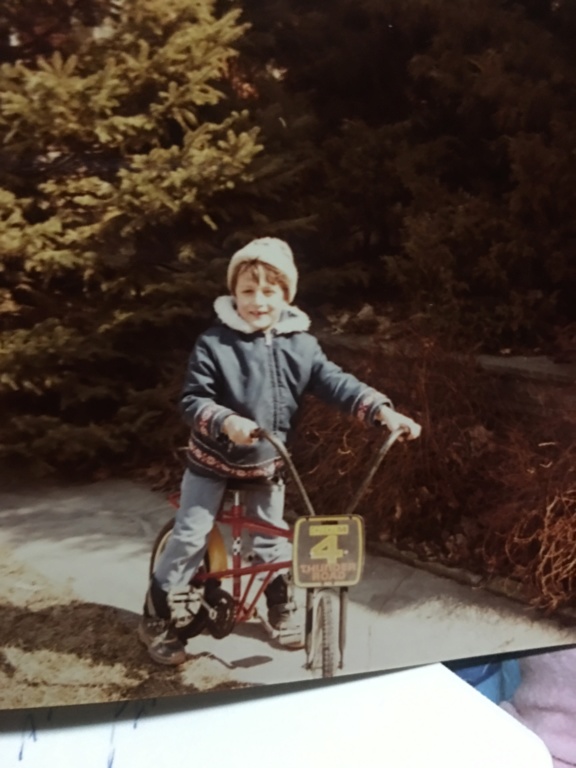 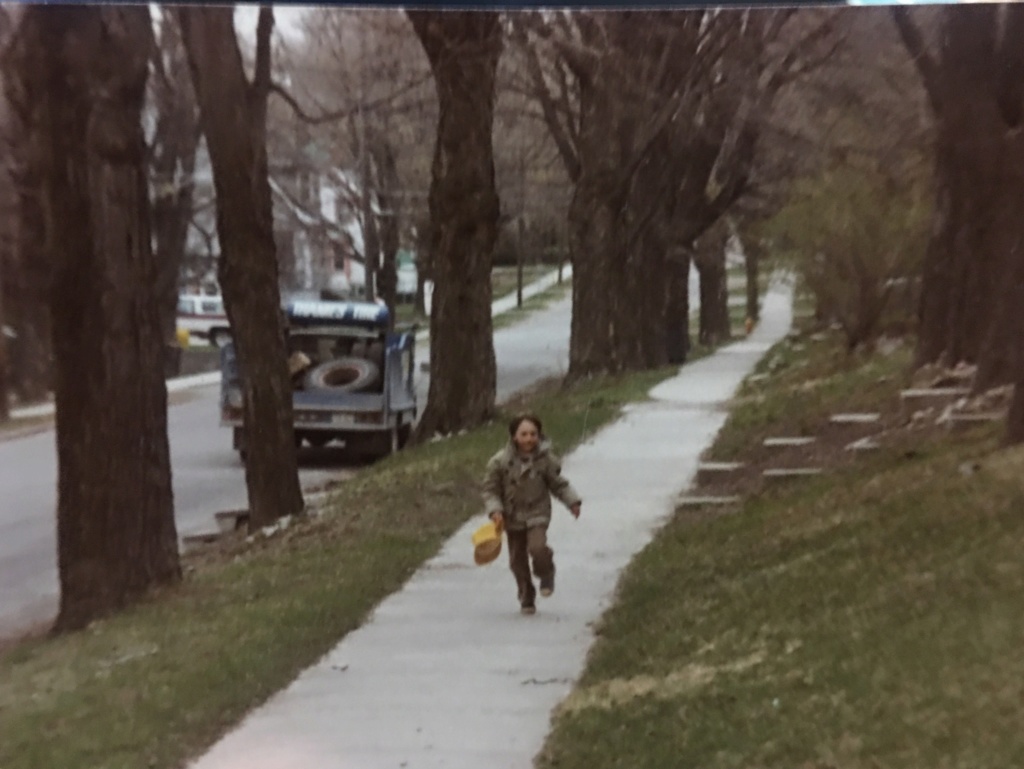 Here is that house today: 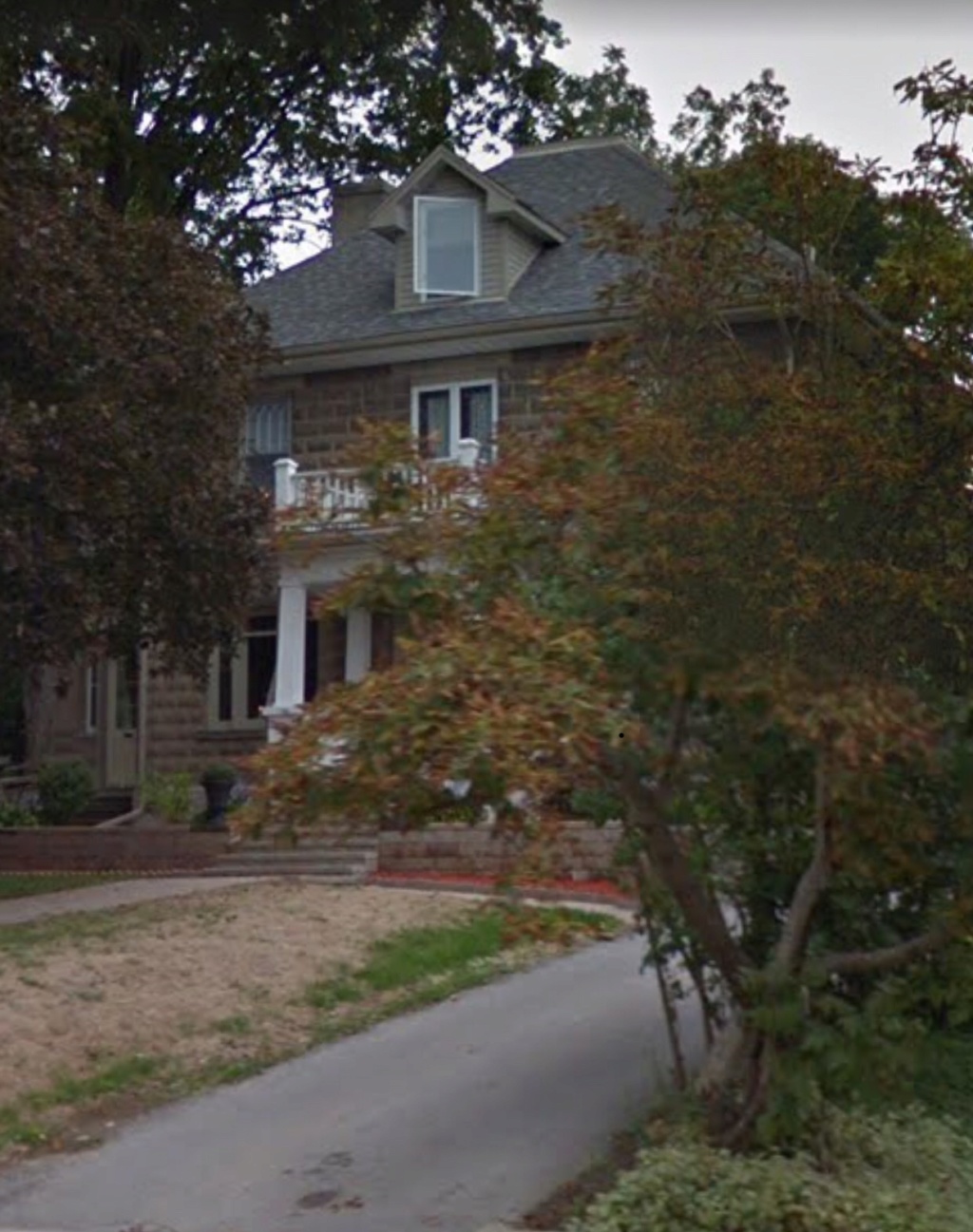 Cribbs74 wrote:You can put me in the Military boat. I have lived in Canada, Texas, Georgia, Korea, Ohio back to Texas and finally Oklahoma.

My favorite place was Georgetown Ontario. My Dad bought a house built in the 1880’s. I loved that house, still do, unfortunately it’s probably close to a million to buy it now.

Here is that house today:

I especially loved this post.. because Ron chose to give us a glimpse into his childhood past. Kim has also posted several photos from his youth; interspersed throughout his various postings over the years.

I'd like to create a similar thread entitled; "Where I'm From".. to give our members a place to post their history; from as far back as they choose to divulge. It would go a bit "deeper" than an introduction posting.. and could be "searchable" by listing a member-name in the "Post-title".

Where I live(d) - First installment.

Born and raised in this house on Epping Street in Raymond NH. Built my first model a Guillows WW1 Spad in the bedroom above the bay window. Bought or Mom did my first engine there too, a mail order diesel of unknown displacement that never ran. 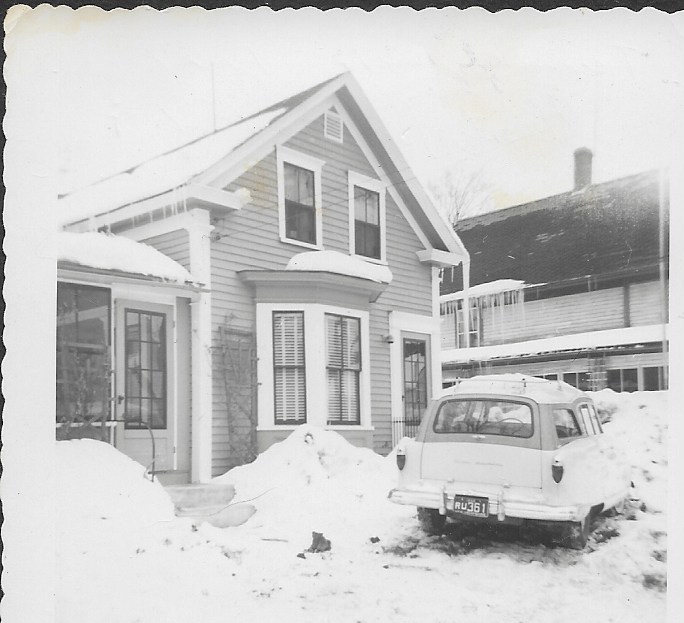 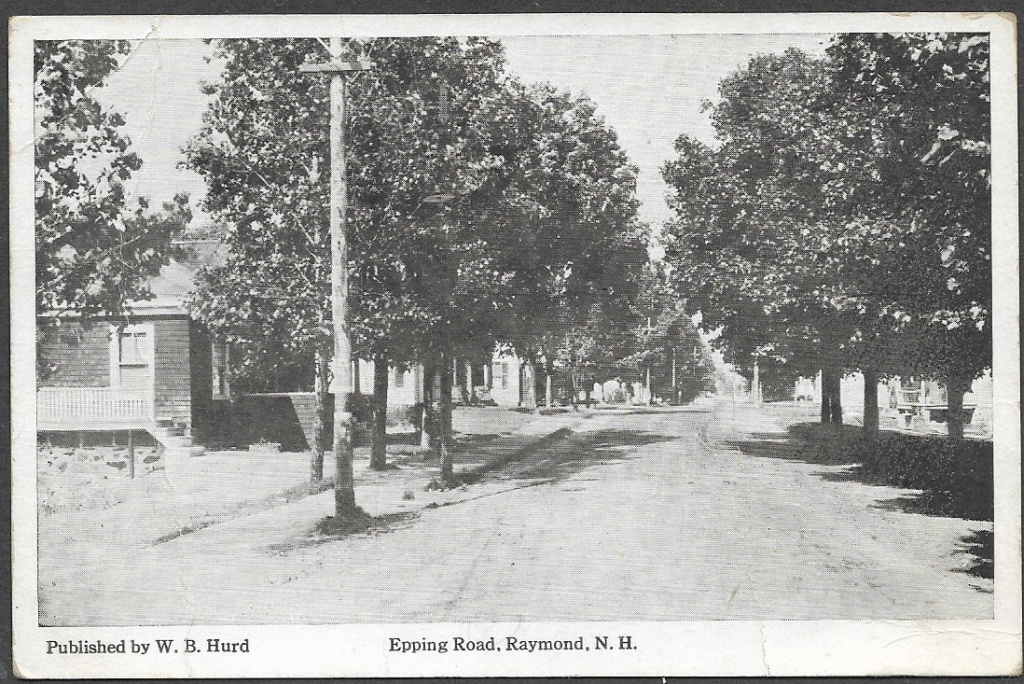 Spent summers at our cottage on Onway Lake. No modeling there other than the girls. Oh the girls, especially Janice Rice second up on the right. 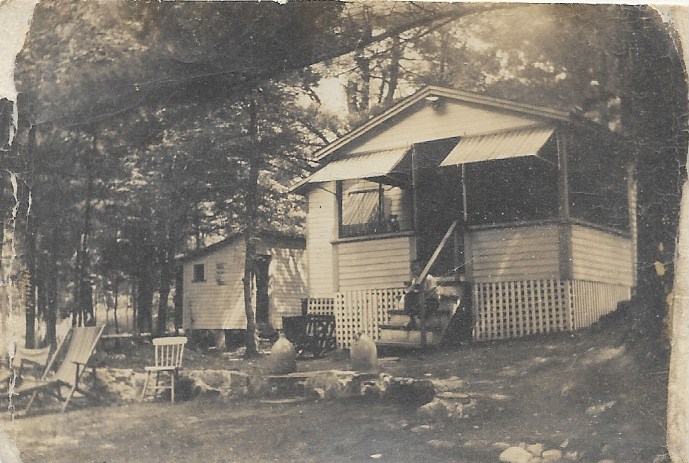 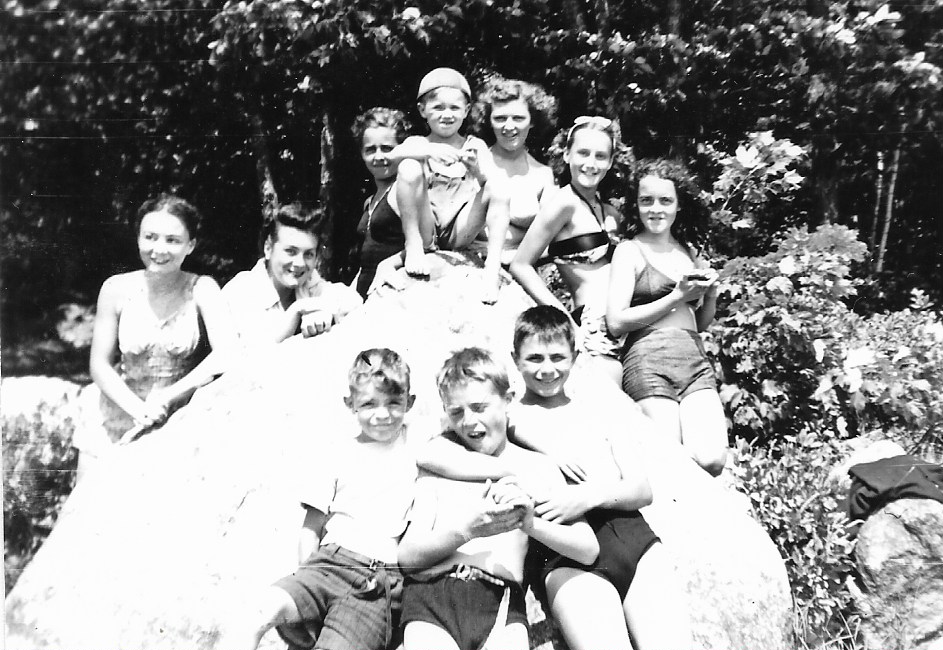 Then Navy happened. Norman Oklahoma for school. I enjoyed it. Barracks life didn't bother me. Buddies, much to do. Oklahoma City, Tulsa. 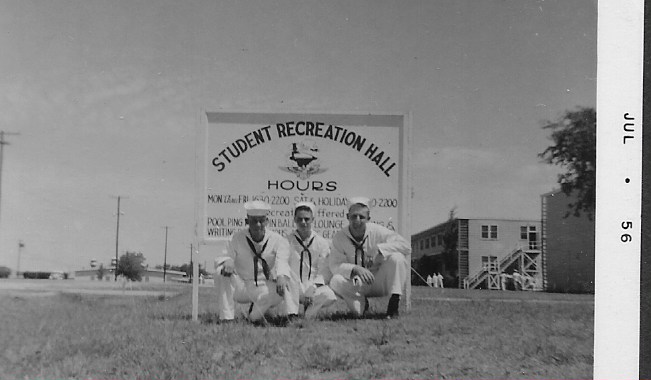 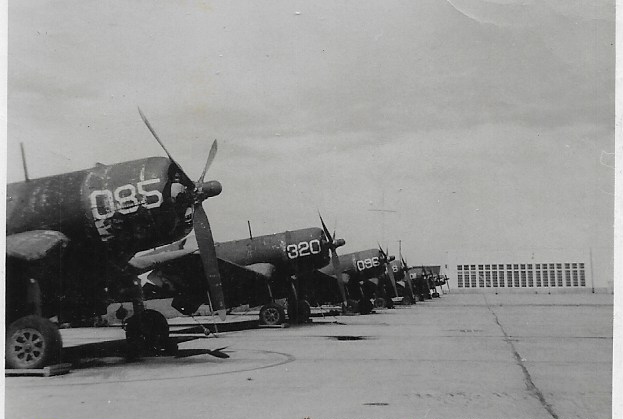 Pensacola bound in 1956, no money, found a duplex on the shady side of town. Lived there for 3 months until we bought a trailer. An all time favorite place to live for many reasons. 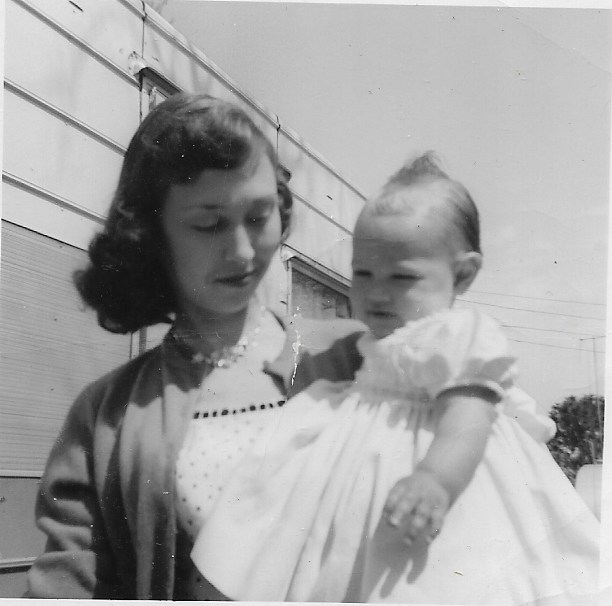 Then Jacksonville, Virginia Beach, and back to Norman Oklahoma again. No hobbies.

Rediscovered model aviation. Lived in this house for 22 years. Built lot's of models here C/L R/C. Used to fly on the base at Patuxent River. Perfect cement circle that they used to check MAD gear on P3V's. I flew everything here. Had a friend that was just learning R/C and accidentally flew his airplane into the AIMD control tower. He retrieved it and was relieved that they didn't lock him up or confiscate his model. 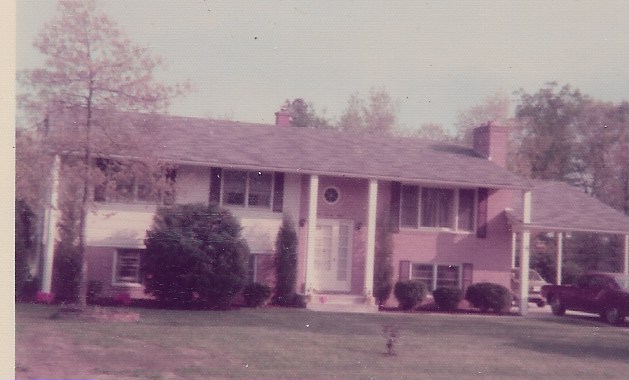