This might save you the cost and embarrassment of being arrested for DUI.

As you know, people have been known to have unexpected brushes with the authorities from time to time, often on the way home after a "social session" with family or friends.
Well this year, it happened to me.

I was out for the evening to a party and had more than several margaritas coupled with a bottle of rather nice red wine.
It was held at a great Mexican restaurant.

Although relaxed, I still had the common sense to know I was slightly over the limit.
That's when I did something I've never done before . . . I took a taxi home.

On the way home there was a police roadblock, but since it was a taxi they waved it past and I arrived home safely without incident.
These roadblocks can be anywhere, and I realized how lucky I was to have chosen to take a taxi.

The real surprise to me was I had never driven a taxi before.
I don't know where I got it, and now that it's in my garage, I don't know what to do with it.

If you want to borrow it, give me a call.

Had me a good chuckle there!

Aah Fed, you really know how to set a hook.
Laughed out loud.
Bob

I will need to party with you.. before I die Phred...

roddie wrote:I will need to party with you.. before I die Phred...

Pick me up on your way.
Bob

Thanks Fred, I needed that!

I know where there is a rural R/C club where the drink and fly.

Unexpected ending Fred. Funny. Send it to MADD they may appreciate the humor.

!
Just in case, you checked the backseat, there will not be an enthusiastic couple there?

Good one Fred glad you made it home OK LOLOL

Perhaps across cultural boundaries the humour lost its touch, but I got it.

However, in reality, the law enforcement officers have pulled over semis and other commercial vehicles, so a little weaving within or outside lane never helped anyone.

I carry one of these cards in my vehicle documents in case of a pull over. 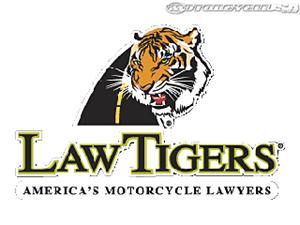 So I plagiarized the account of the taxi ride

I stopped drinking and driving well over twenty years ago.... in my younger days a local cop would escort me home or to mu on base quarters...around 1985 these courtesy halted and the Army would kill your career over a DUI

I am glad this bit of humor touched many of you all....made me giggle when I first read it

Well I hope you've got a good field in Texas for some drinkin' and flyin'.