Log in
Search
Latest topics
» what kind of engines are these
by getback Today at 6:12 am

» Perfect Storage for Bee Keepers
by Daligh Yesterday at 12:28 pm

I think this video was posted before a couple years back, but it deserves a second review. Pretty cool little single channel model.

Lol the dog knows the golden rule ---- no bite no scratchy the plane!

That is nice, thanks for posting Ron, reminds me of my first RC, the Top Flite 27" clipped wing all sheet balsa planked Schoolboy powered by .020 Pee Wee and Ace Pulse Commander single channel rudder only on 26.995 MHz (Brown). Built that while a student at the USAESOM (U.S. Army Element, Naval School of Music) back in early Spring 1973, Naval Amphibious Base Little Creek in Virginia Beach (near Norfolk). I found the Navy called floors - decks, walls - bulkheads, stairs - ladders, windows - portals, and had a penchant for polishing unlaquered brass doorknobs, banisters, rails, and door push and kick plates.

They would also announce at 10pm, "Taps! Taps! The smoking lamp is out!"

The wonder of single channel Good Fun !! Thanks Ron !!

Yes! It is still fun to watch! Rudder only, what do you do if you need to gain or lose altitude? The only plane I had rudder only was a Mattel SuperStar, free flight. Under power It circled up, and when the battery died, it glided with the wind all the way across the farmers cow pasture. Man, I had to hike my butt all the way over there and back, hopeing that the Bull wasn’t out of the barn!

Thanks for posting this great memory, Ron! I miss my little sheltie badly to this day. Chelsea would never touch the plane, but loved to escort it to it's landing. 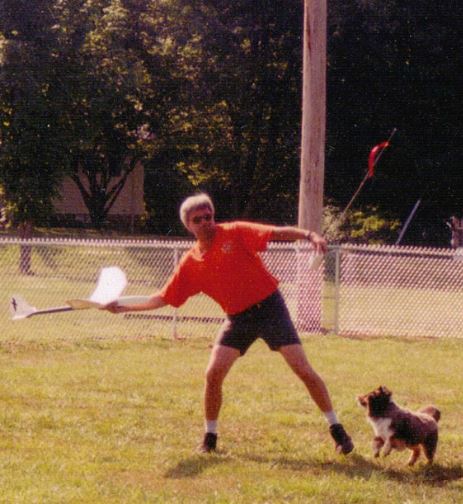 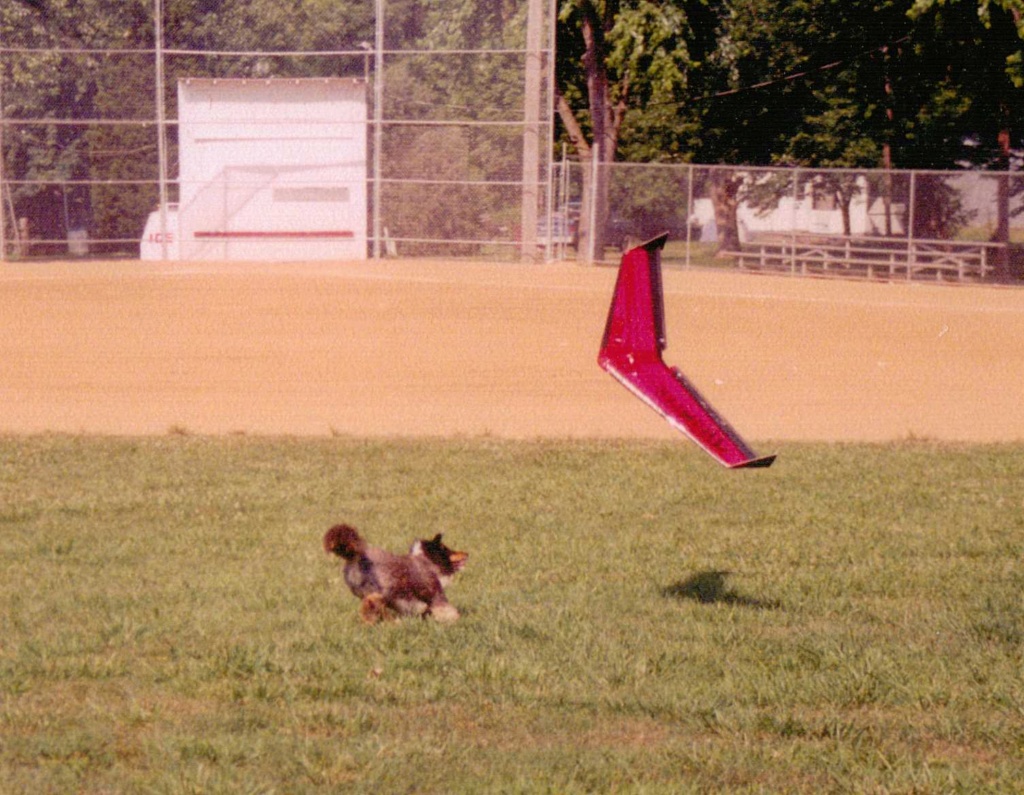 I made Blunderbus' cabane wing saddles a bit on the long side to allow me to reposition the wing fore or aft to match the flying conditions...working much like the sliding wings' on plastic-packaged balsa gliders and Sleek Streaks.

The little plane got flown a BUNCH !!!!

Marleysky wrote:Yes! It is still fun to watch! Rudder only, what do you do if you need to gain or lose altitude?  The only plane I had rudder only was a Mattel SuperStar, free flight. Under power It circled up, and when the battery died, it glided with the wind all the way across the farmers cow pasture. Man, I had to hike my butt all the way over there and back, hopeing that the Bull wasn’t out of the barn!

Too bad it didn't have a timer to cut the electric motor after so many seconds. You were fortunate not to have it lost.

Single channel rudder only is basically a free flight plane with adjustments to make it fly better under rudder control. Usually the dihedral is decreased about half and power is a little stronger so it has decent climb. When rudder is given, the model will drop its nose and pick up speed and decrease rate of climb. Gentle rudder will allow a slight decrease in climb, full rudder will put the model into a spiral dive (sort of like a barrel roll done downward vertically.) Picking up speed the model will tend to zoom upward once rudder is neutralized or a quick blip of opposite rudder is given, which another quick blip of full rudder will cause it to kill the zoom and resume its normal climbing path. Like a chuck glider thrown extremely hard, a properly trimmed rudder only aircraft will do a loop. My Minnie Mambo was capable of doing 2 consecutive loops (2nd wasn't quite as round but still recognizable). A properly trimmed plane with the right amount of power and geometry could do a recognizable Cuban "8".

Throttle adds an "elevator" effect to the airplane by varying its speed in flight. For really wild acrobatics, having throttle control with a more powerful engine, say a Medallion .09 or Enya .09-III TV (or throttled .049 Tee Dee / Norvel .061 Big Mig) replacing a Cox .049 reedy on a .049 plane will really open up the stunt envelope. My 39 inch (990 mm) span Top Flite Schoolmaster with a 1964 OS Max .10R/C would climb out at a 45 degree angle upward under full power. At half throttle, it flew like it was powered by a .049 reedy. At idle it would glide down, could do touch and goes if I didn't fly over grass (field had no paving). Some have done a loop under full power from horizontal flight. I could have probably done that if I replaced the .10R/C (it was cross scavenged) with a modern .10 Schneurle or a .15 cross scavenge.

Here's a website that has the Ace Pulse Commander manual pages on line. About halfway down is the manual. Scroll down a little, and you will see where they explain how to trim the aircraft on its first flights with do's and don'ts, and a little on doing stunts. 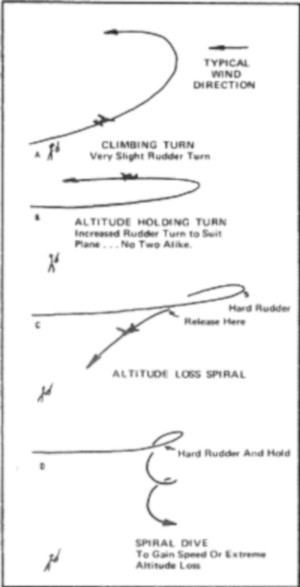