Jason is printing me the missing left hand strut with holes for the lines and I still have to deal with the broken tail skid, but that's it.

A lesson in patience getting it back together and some parts scavenged from another kit.  Propeller, right hand exhaust, all struts, machine gun, and windshield all broken or missing when I got it.  But it's flyable although it will never again see airtime while in my possession. 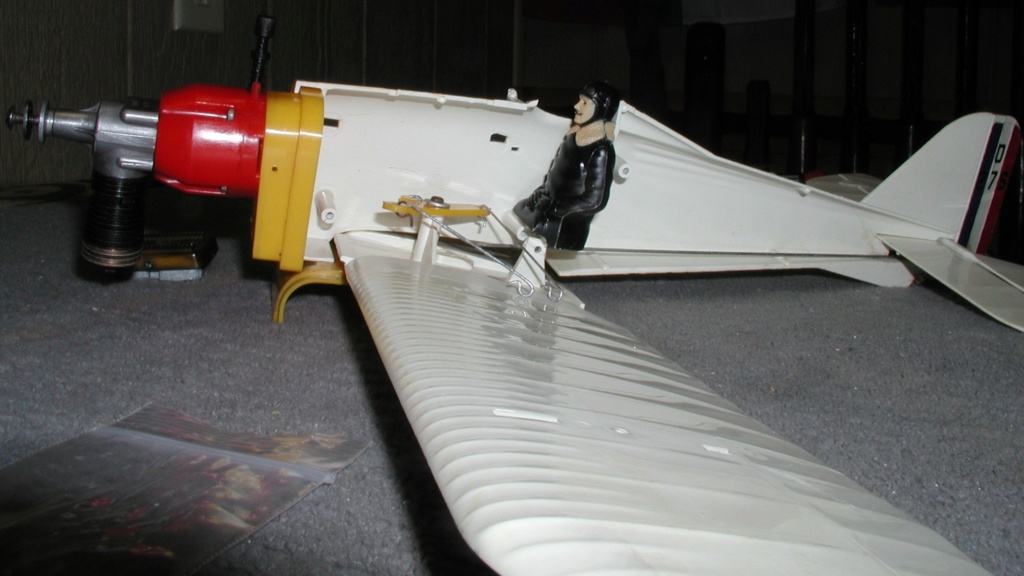 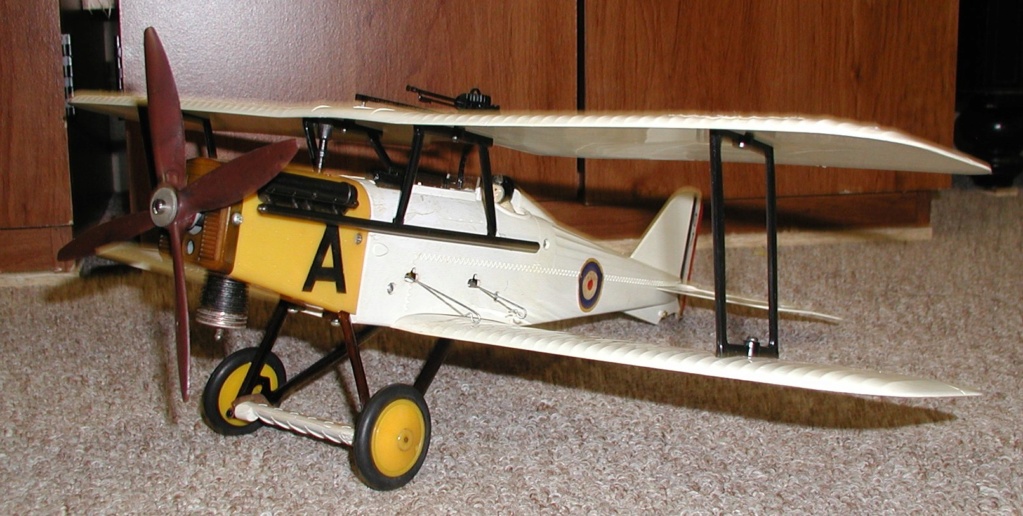 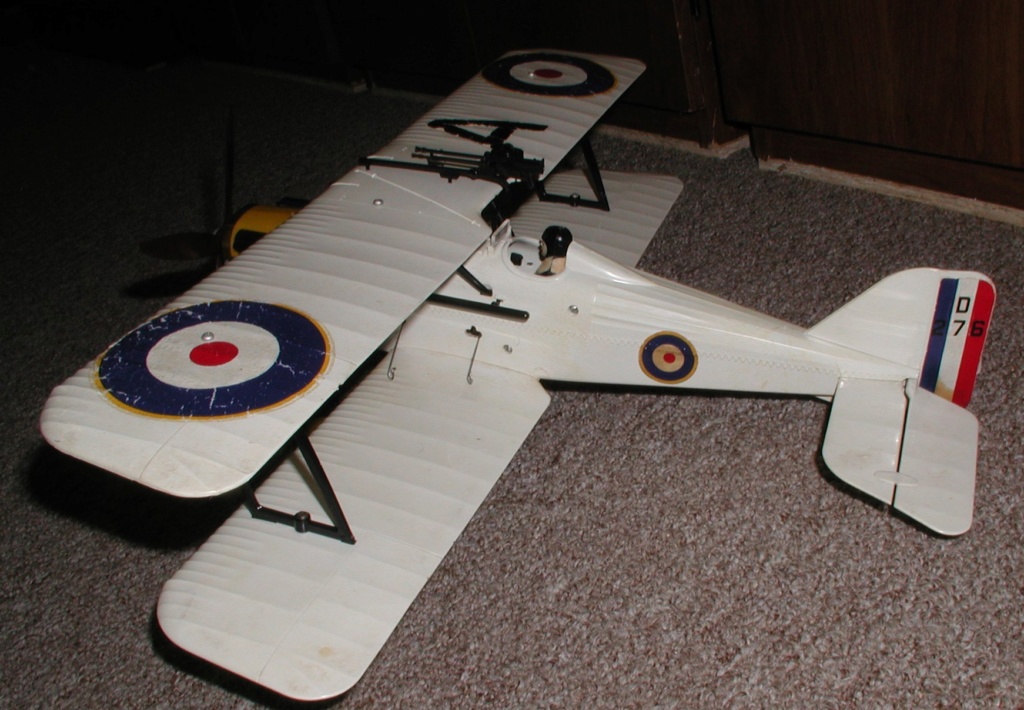 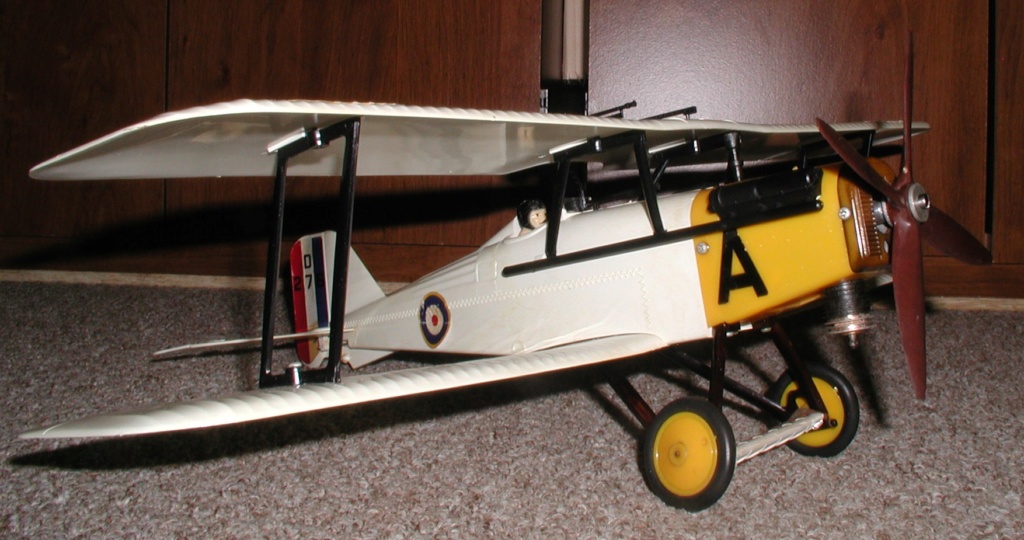 Had to make all the control parts for the will fly model.  Bell crank, rod, control horn, and mod the fuselage for the exit holes. 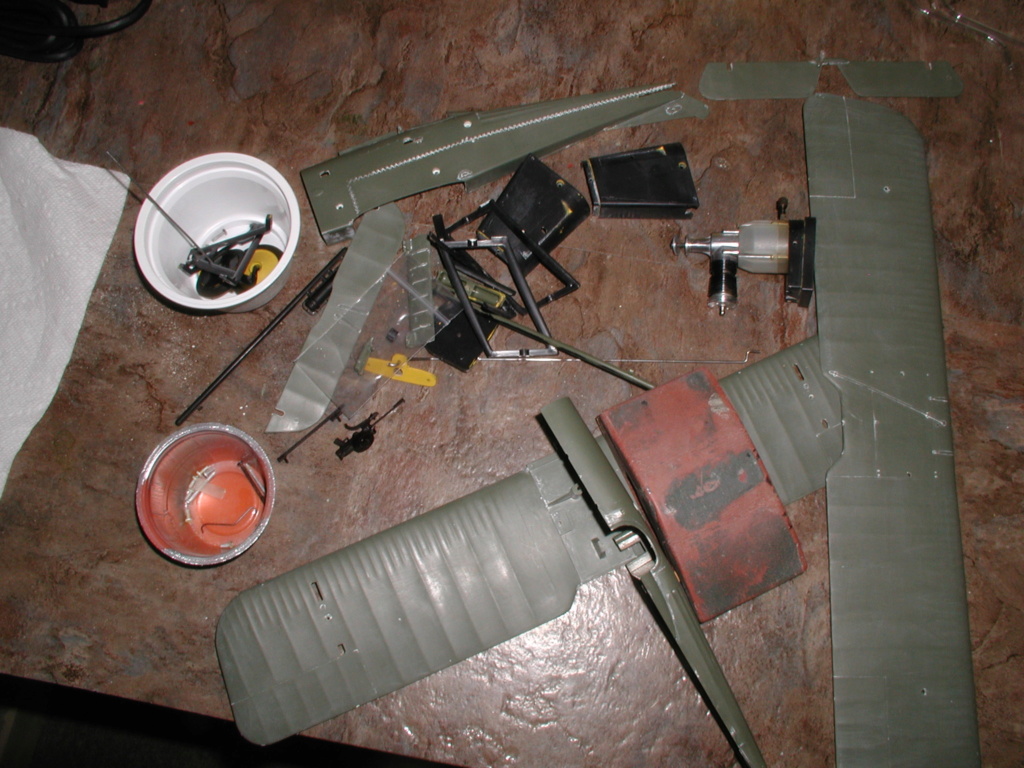 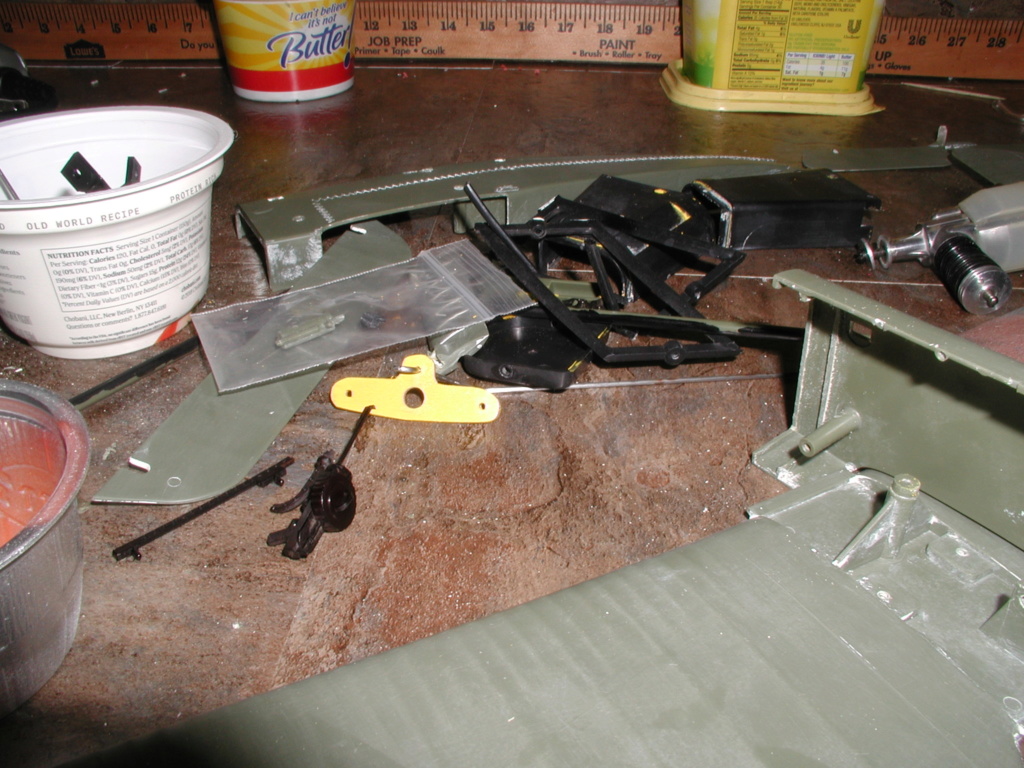 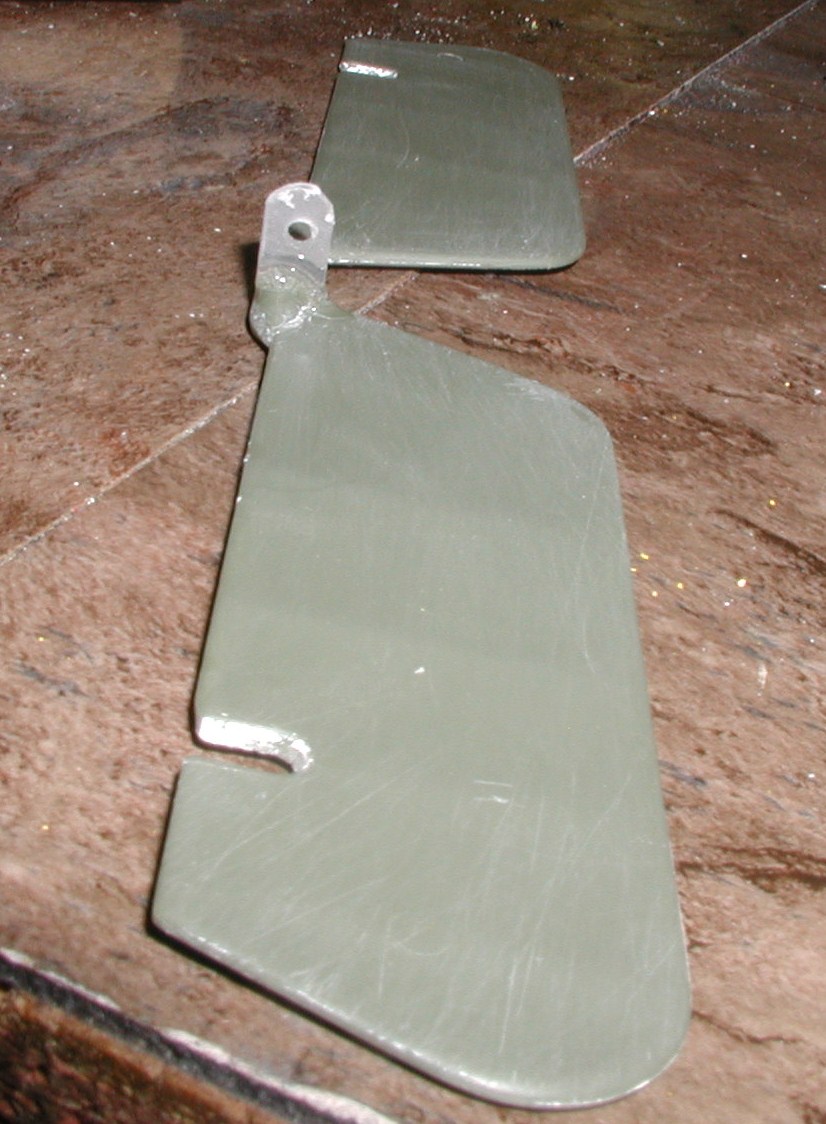 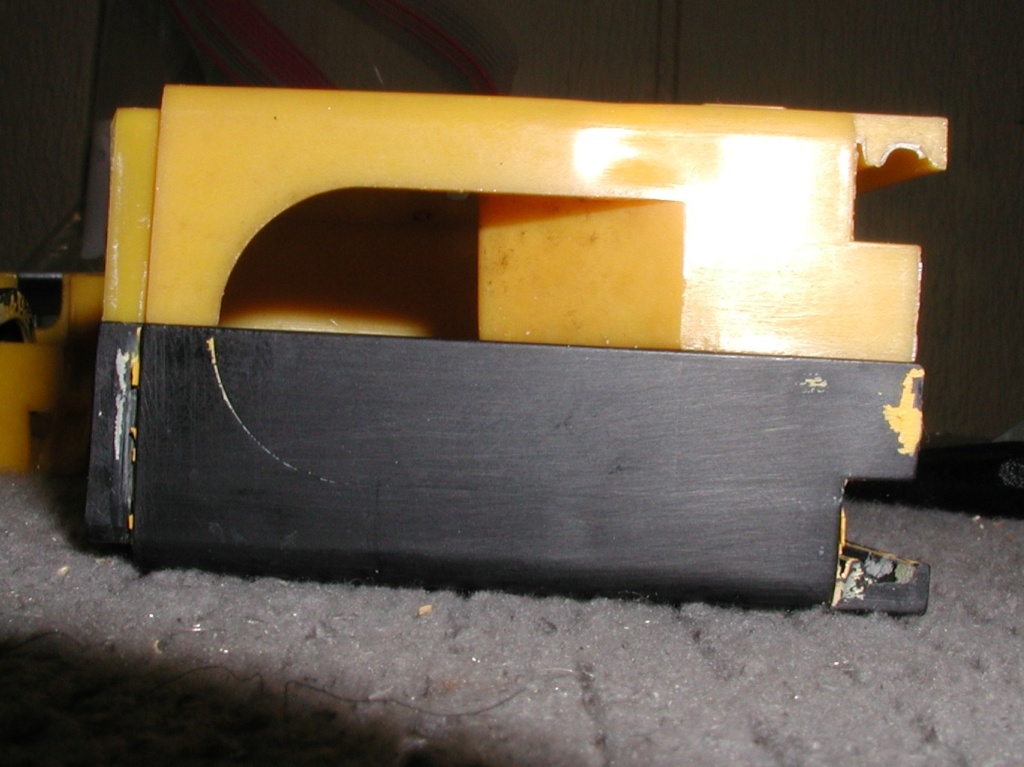 I have hoarded just enough white, yellow and black Lustrekote to paint it like the original.

The white one is looking Good Bob you really do some amazing job of restoring these ole airplanes ! Making your own parts can bee fun too lol What color of testors tube glue for plastic are you using ? i picked up some in a orange/red looking tube for plastic models at the Hobby Lobby the other day , i was thinking yours was green for some reason ?!

Thanks Eric. As Victor said - "Not bad for free."

I always use red tube Testors cement. At one time I had little faith in it, but it works miracles repairing plastics if used properly.  Blue tube Testors doesn't hold nearly as well.

I cut a slot with a razor saw in the linkage and set the control horn, waited 24 hours and it's solid as a rock. 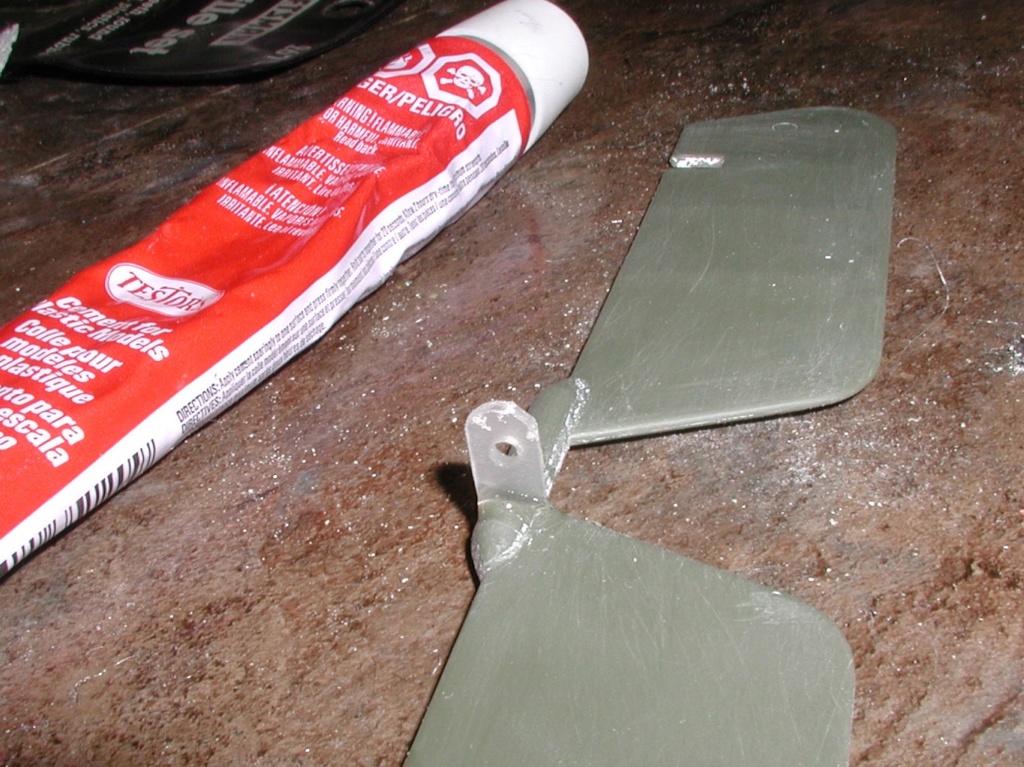 OK good thats the stuff i got , Thanks

Thanks, despite me it did turn out rather well. A testament to the kits designers.

This one is on it's way.  The companion to the SE5 available in both kit and built C/L models.

From the sellers description: Italics mine.

In The early 60's, K&B Aurora tried competing with the  Cox, Wen-Mac, AC Gilbert and Comet companies producing "Ready to Fly" Control Line model airplanes. K&B Aurora produced about 8 different planes of Hi-Impact plastic and powered by single and dual gas engines (Stallion .049 and Tornado .060) The planes could be purchased two ways: Ready to Fly and a Screw Driver kit for a few dollars less (no cement needed ,assembled with small screws provided)  (see photo # 11 for copy of there K&B's  ad. ). Aurora discontinued their gas powered line of planes very shortly after their introduction due to customers complaints, returns and liability issues. Aurora having already invested in the cost of making the molds decided to advertise what remaining stock they had as:  Static Models, with no provisions for a gas engine or control line flying. BEING AUCTIONED this week is one of  the  "Static Models" offered by Aurora in the mid 60's. This is one of the planes from their  "World War I Series",  sold mail order through the American Hobbies Center.

Needs help, but I'm eager to find out if the firewall has provisions to mount an engine. 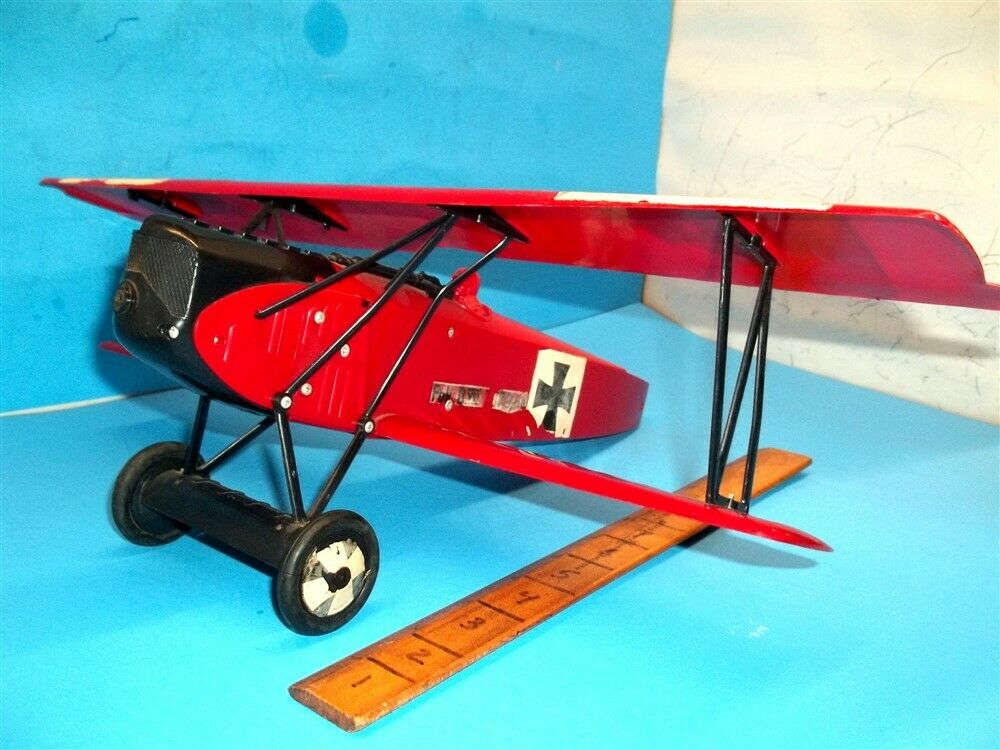 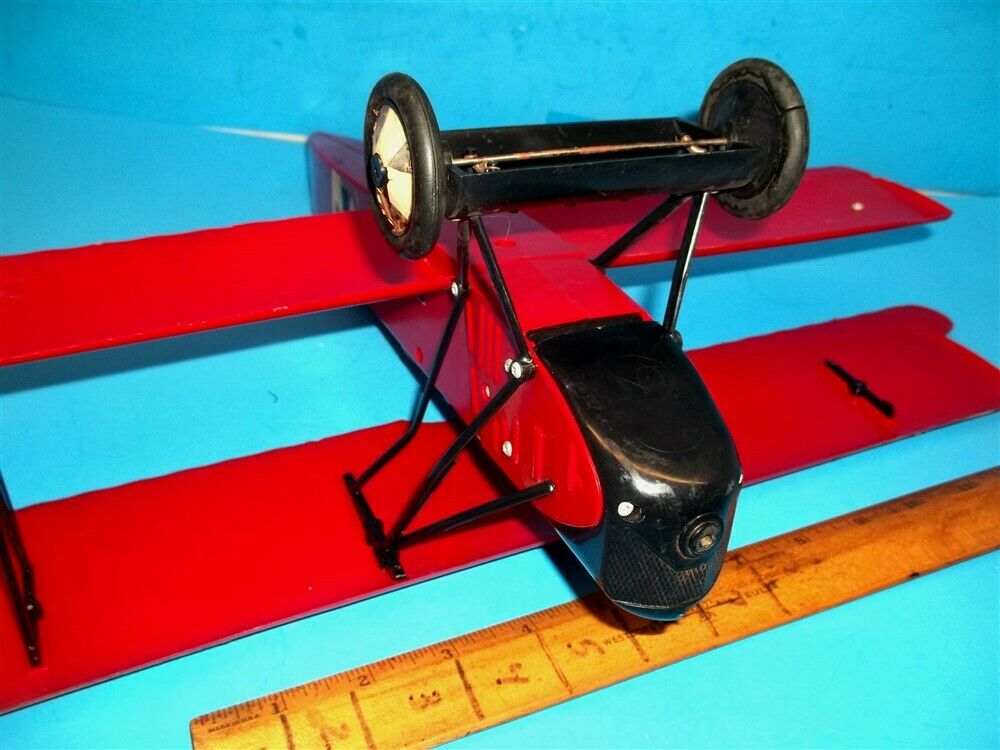 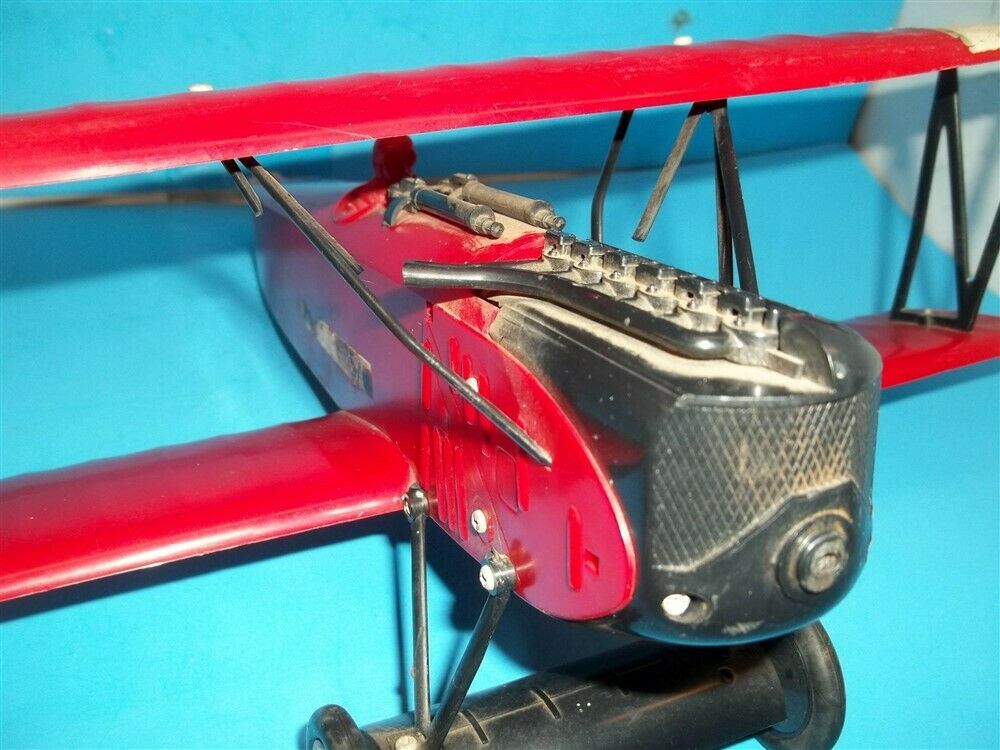 I am starting the same project. Would love to know what engine you used. Babe Bee is too short. Thinking of using Black Widow. Also would love to see how you routes the control rod.

cmoore2963 wrote:I am starting the same project.  Would love to know what engine you used.  Babe Bee is too short.  Thinking of using Black Widow.  Also would love to see how you routes the control rod.

Hi, Welcome to the forum.

On the above model pictured, when it arrived I just cleaned it up and stuck a propeller on it.  I have a kit that I am modifying to accept the engine pictured below.  Just haven't got around to finishing it yet. 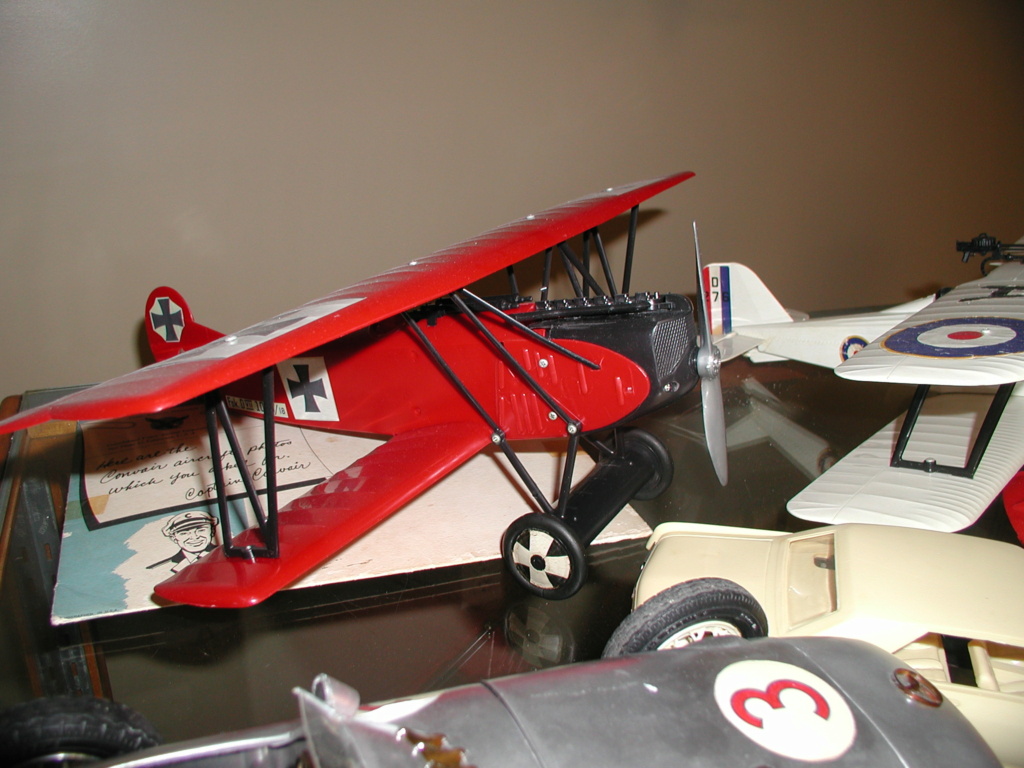 Are you starting from Auroras control line model or their "screwdriver" series model?  The screwdriver models do not have the control line parts or the cutouts on the fuselage for them.  You will have to make them yourself.  Both not very difficult.  Look on line for a replacement Aurora engine.

Pictures of the difference:  I built the OD from a kit. 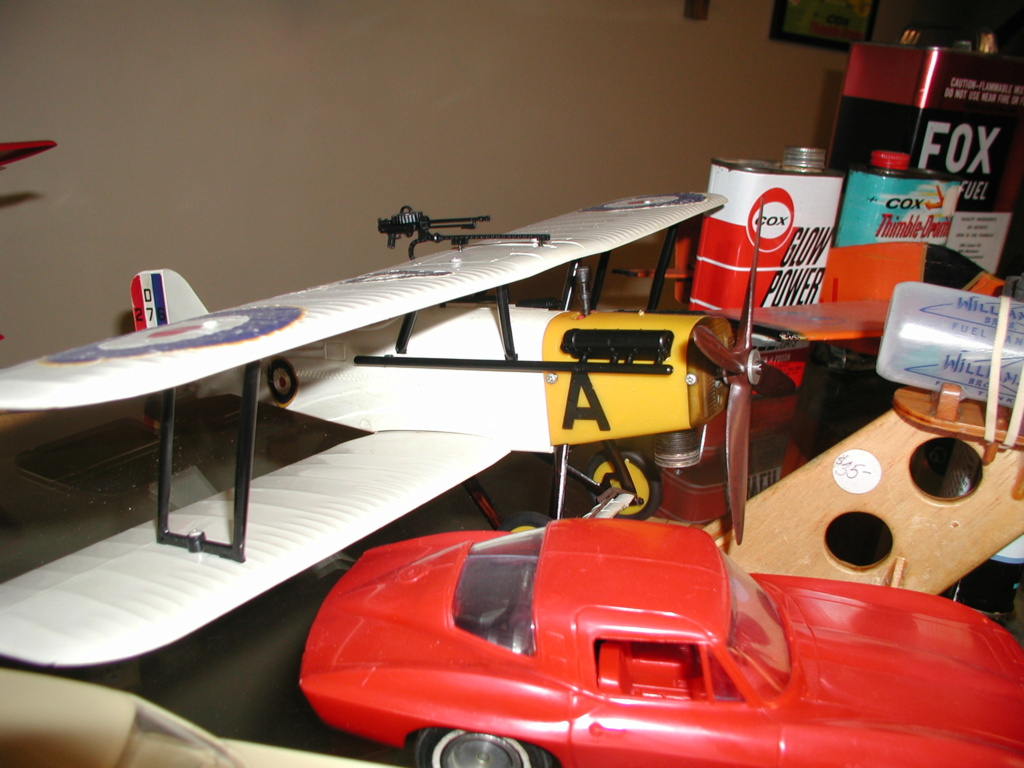 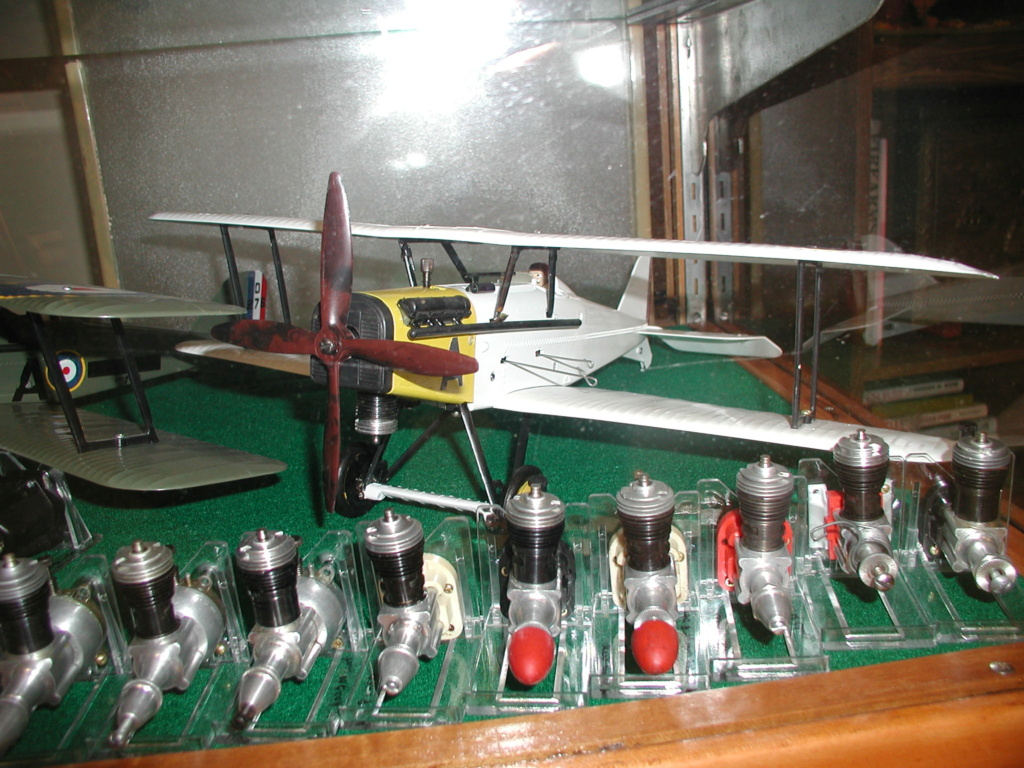 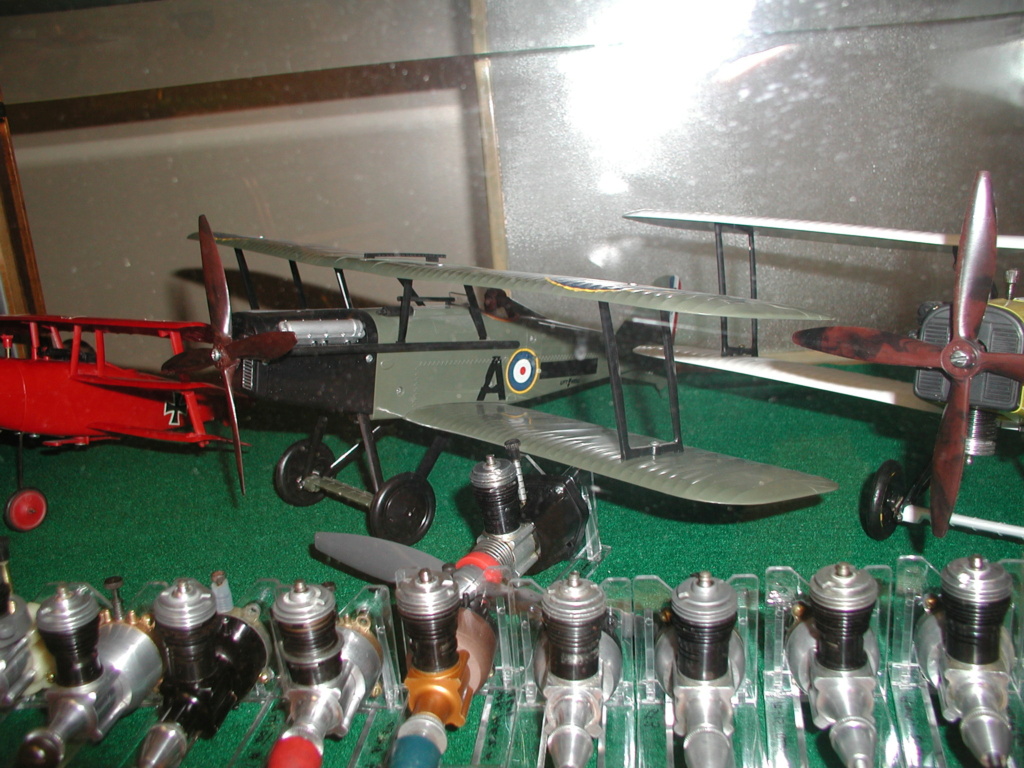 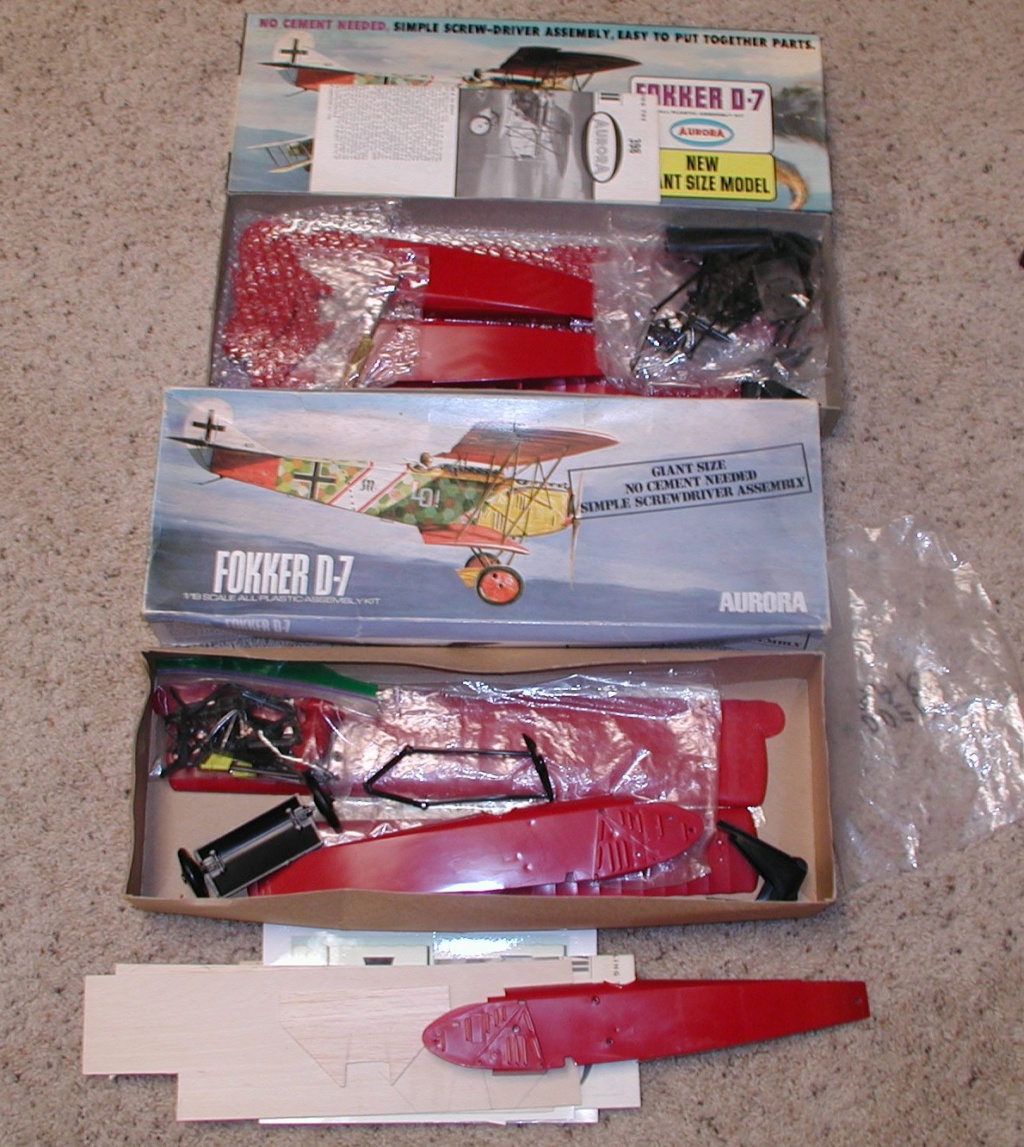 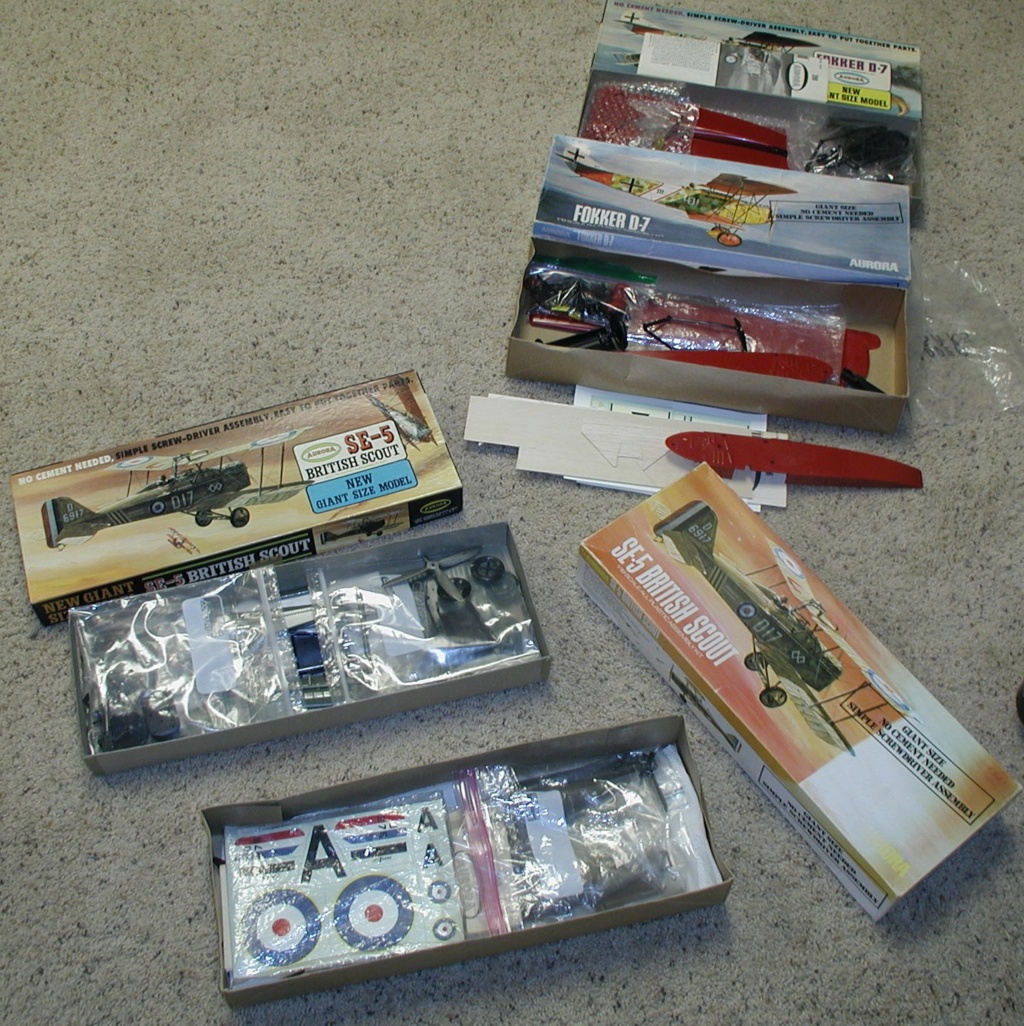 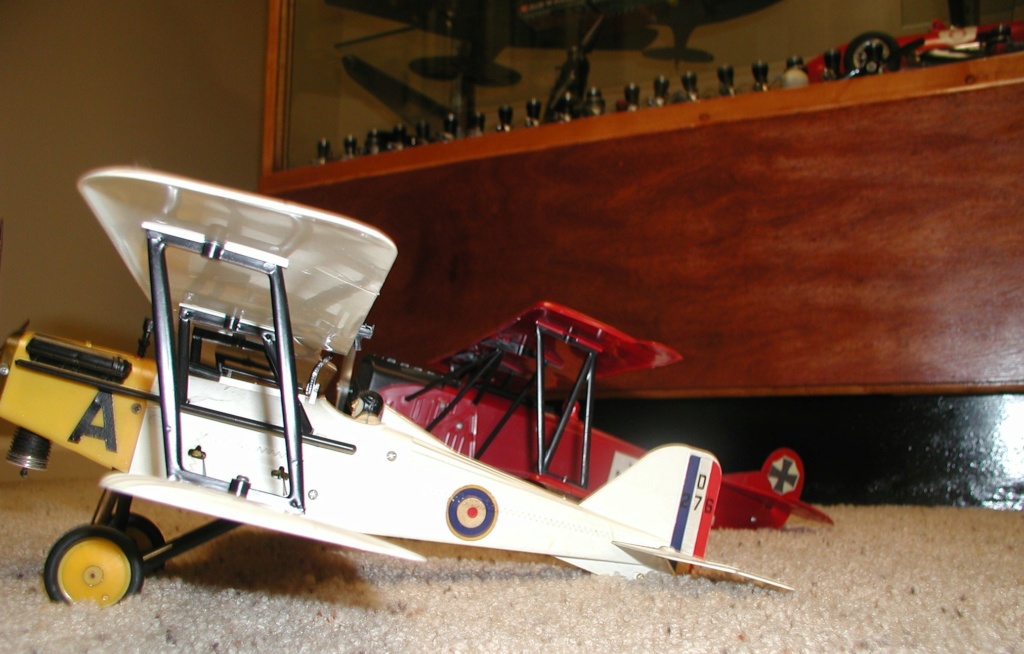 Best option is to find an Aurora engine occasionally found on ebay.  Check the fuel tank.  A weak point. 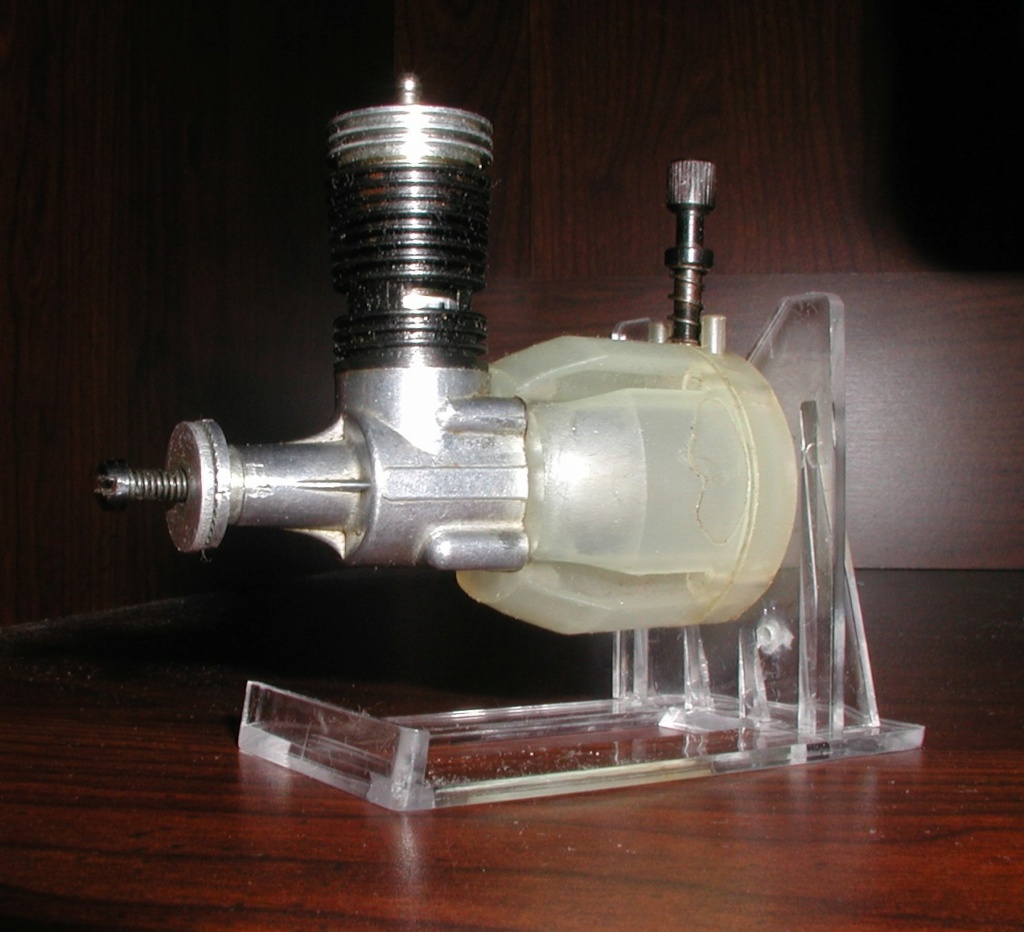 Good luck, and post your progress here.  I can help with measurements if needed.