You Can Never Know Everything

You Can Never Know Everything

Not that I think I do...but some stories are so fantastic that I have to wonder why I'd never heard of them before now.

This month's Air Classics Magazine has an article about a photographer named David Duncan, who was willing to go to just about any length to get "That" photo...to the point that he'd push to go along on an attack mission while slung under the wing of a P-38---in a pod designed to extract wounded personnel.  In the manner of the M.A.S.H. Bell 47's later in the Korean War, these could be strapped beneath wings on P-38 and (I'm sure) others.  I knew about Grasshoppers and others hauling injured troops from near-front line positions, but never this thing.

At risk of a copyright infringement, I scanned and posted a page, hoping that giving credit to Air Classics would make it OK, along with the possible prompting of a purchase of their magazine.

Anyway, I can, in no way, claim to be in the ballpark or even the same universe with this man, but still feel a kinship and admiration for his fanatical need for getting a photo that really (no photo shop) portrays the moment.  And also for the pilot of the Lightning, for being willing to think about positioning a photographer while they're both being shot at.

Buy a copy of the October Issue...this article alone is worth price, and there's a bunch more great stuff in there. 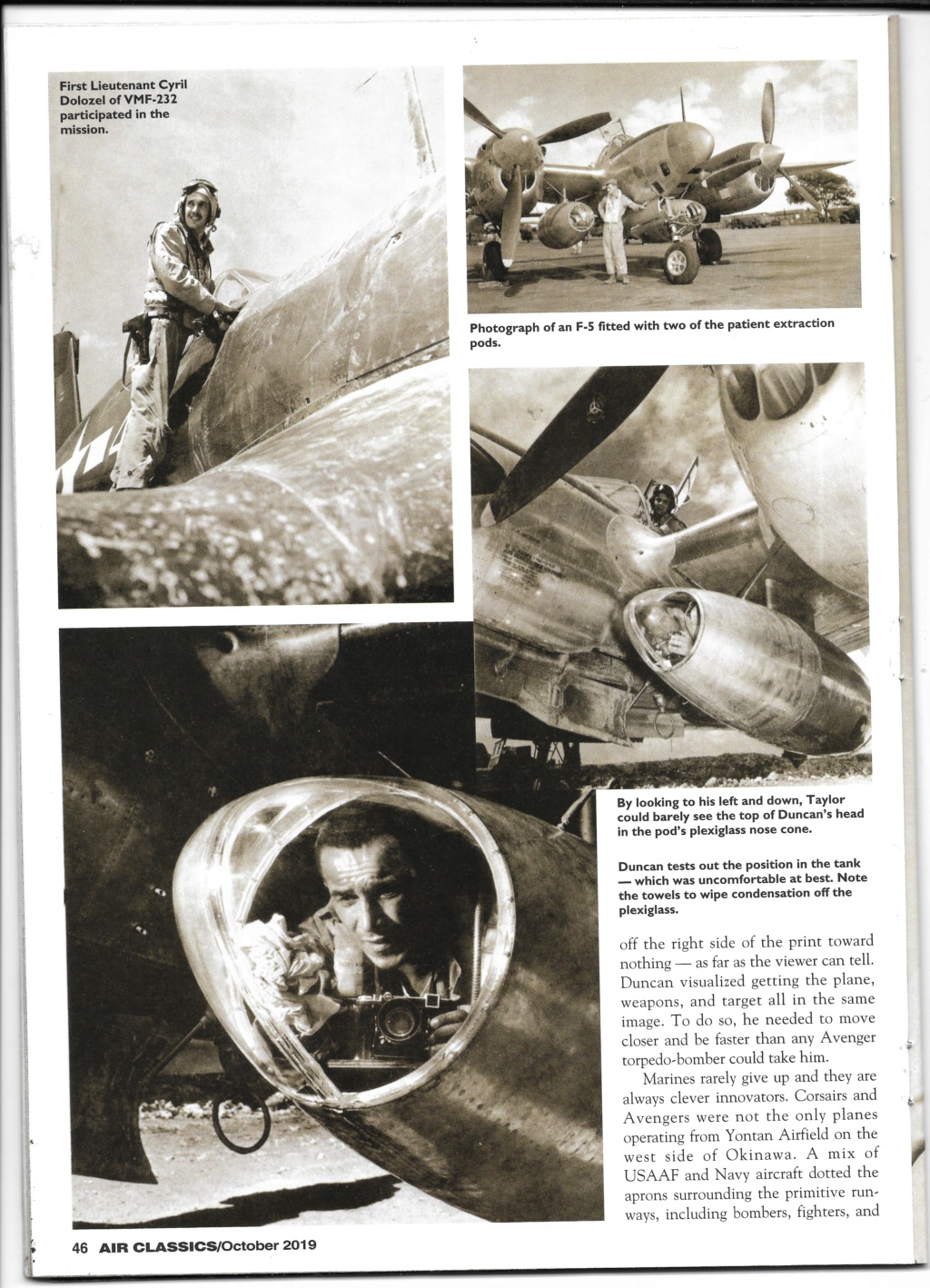 I haven't even cracked the pages of my copy yet, got a few others in the que before I do. Then I can give it my undivided attention.

Best source out there for all types of classic aircraft. 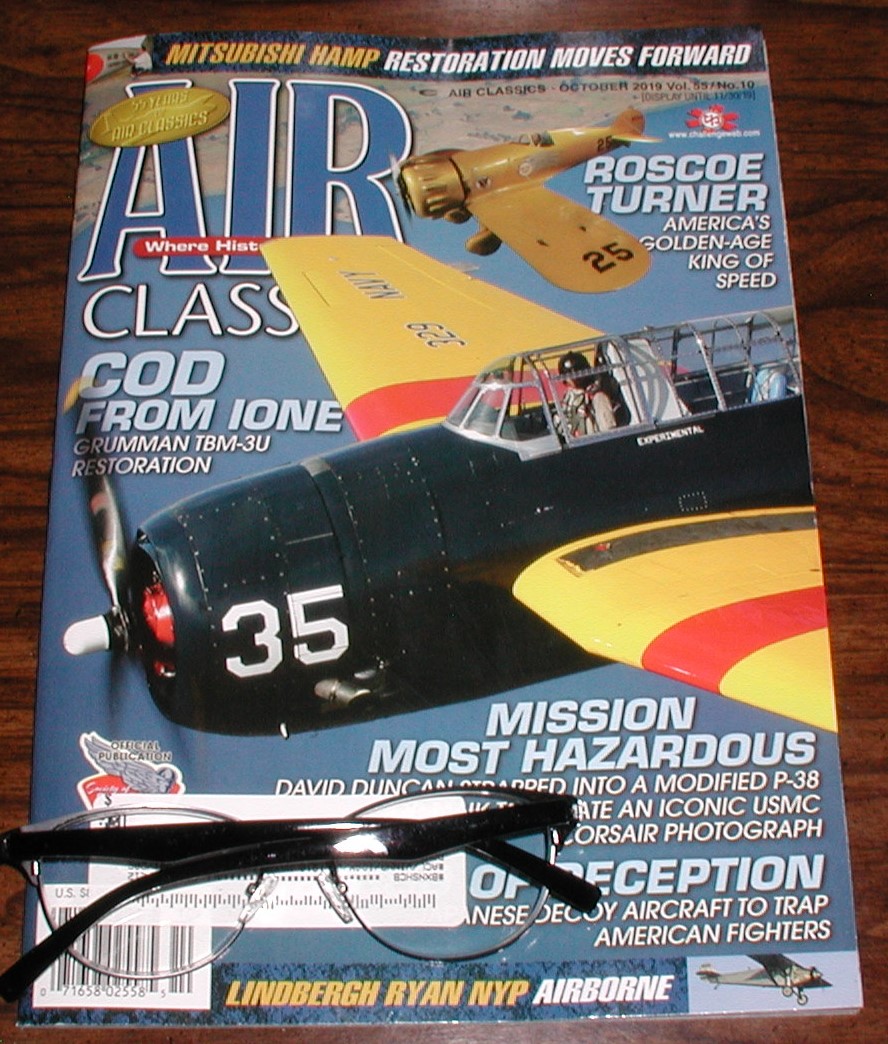 If not by the enemy fire, I would have been surely killed by claustrophobia when locked in that small cigarbox..

I don't think I could have done that. At the very least I would have wanted to know how many bolts were holding that pod on.

Reminds me of a clip I saw about a guy who called himself the human undercarriage. He had this heavy steel plate strapped to his chest and he lay on the ground under the plane holding on the the axle of a small single engine plane. A belt round his waist was attached to a hook under the fuselage and he had a radio link to the pilot. The plate acted as a skid plate protecting him as the plane took off. I can't remember how high the plane was when the hook broke and he hung down only hanging on by his hands. The radio lead had disconnected as well so I don't think the pilot had any idea what had happened. A camera was capturing the whole thing. It didn't take long before the slipstream and the weight of the plate became too much and he fell to his death.

The picture shows him holding a still camera when a movie camera would have been more effective. Maybe he had both.

The old air shows of the twenties and thirties featured wing walkers who would fake falling only to open parachutes. Others would fall out of their chutes only to open a spare. Not that I was there to observe...……..thankfully film survives.

The pod men were prolly pretty doped up.