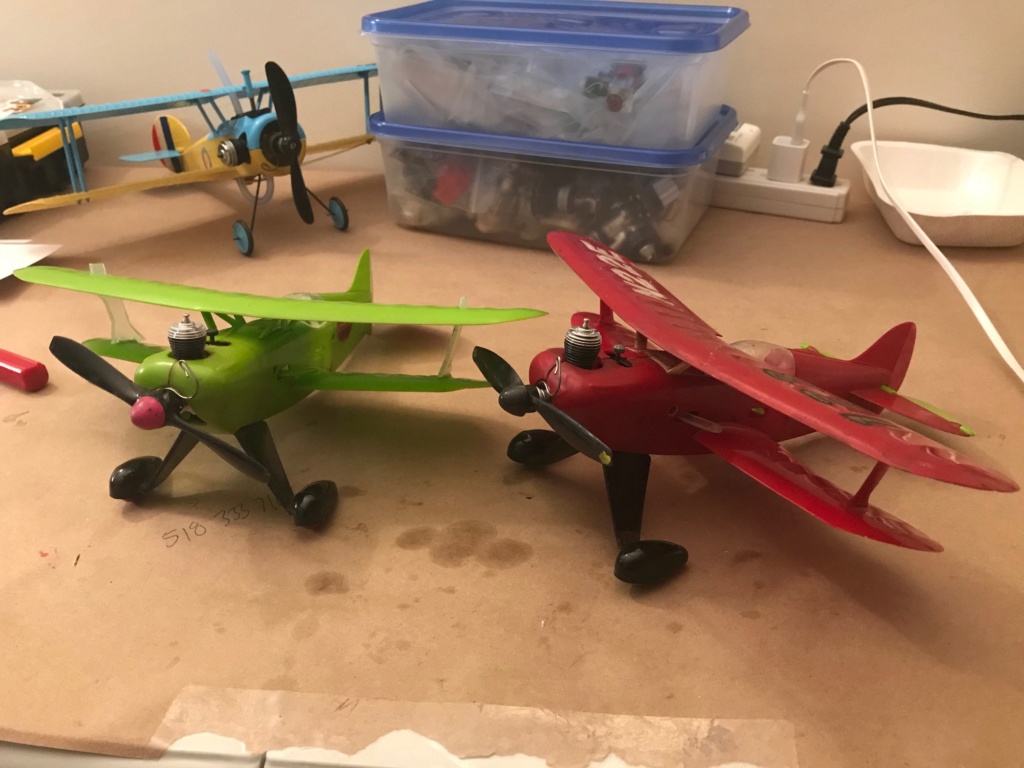 I have collected too many Cox Stinkers and Stunters and none are in pristine condition. As far as flying is concerned I decided to go from worst to less worse. So my first build ups are from the bags of broken parts that I have managed to collect.

The engine is named "Gash" due to the badly marred crankcase and was rebuilt by EX.

If the test run goes well I will fix what shakes off and install lead outs for flying.

My second build up is a Super Stunter named "Deuce". Less broken parts and the more flexible green plastic makes me more confident in its structural integrity. Only the right fuselage half and the bell crank are repaired parts.

The wing struts were smashed. So they were cut away and the wings slotted for replacements cut from recycled plastic. They are friction fit into place.

The engine is "Red" and it was also rebuilt by EX.

I will add lead outs if the test runs go well.

Hi Jeffrey, thanks for the interesting blog

nice Blog , i see you have a pretty good collection going on and fling is great that you do this with the old birds . Thanks and keep enjoying ur self !