Log in
Search
Latest topics
» Do Killer Bee back Plates sold onlne give better perf?
by SkyStreak Today at 11:22 pm

» Babe Bee and the baby RingMaster...who has good flight experience with this set up?
by 944_Jim Today at 8:42 pm

» Just ordered a cox attack cobra
by wingchicken Today at 11:39 am

I'm almost done my Golden State Models Stork. This kit was horrid. I have a older A&J freeflight Stork which is immaculate compared to this one. Not much direction on what to do for the inexperienced. The inked parts didn't align with the prints and other additional issues. I had to cut all new ribs as the originals were not even close to the print. It makes you want to set it on fire. It really makes me mad when this kind of stuff happens and I see it with kits all the time. John Brodak purchased Golden State many years ago and my flying partner provided him the Stork due to him not having a kit. John had it redesigned and from what I'm seeing it's a much nicer building plane. I'm at 5.25 ounces as it sits. Plans say not to exceed 12 ounces. Originally my thought was Norvel .061 but I'm strongly leaning on the Medallion .049. 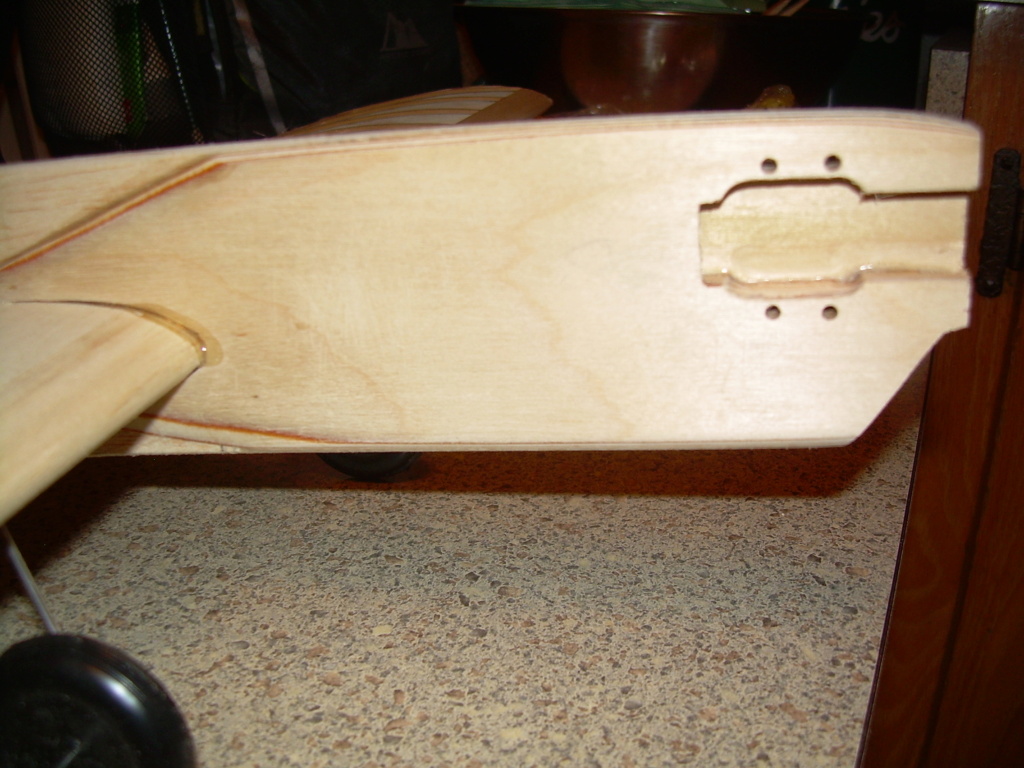 I still have to put fillets around all intersections. I checked the Medallion and it was a nice drop in fit. I also need to complete the hinges. 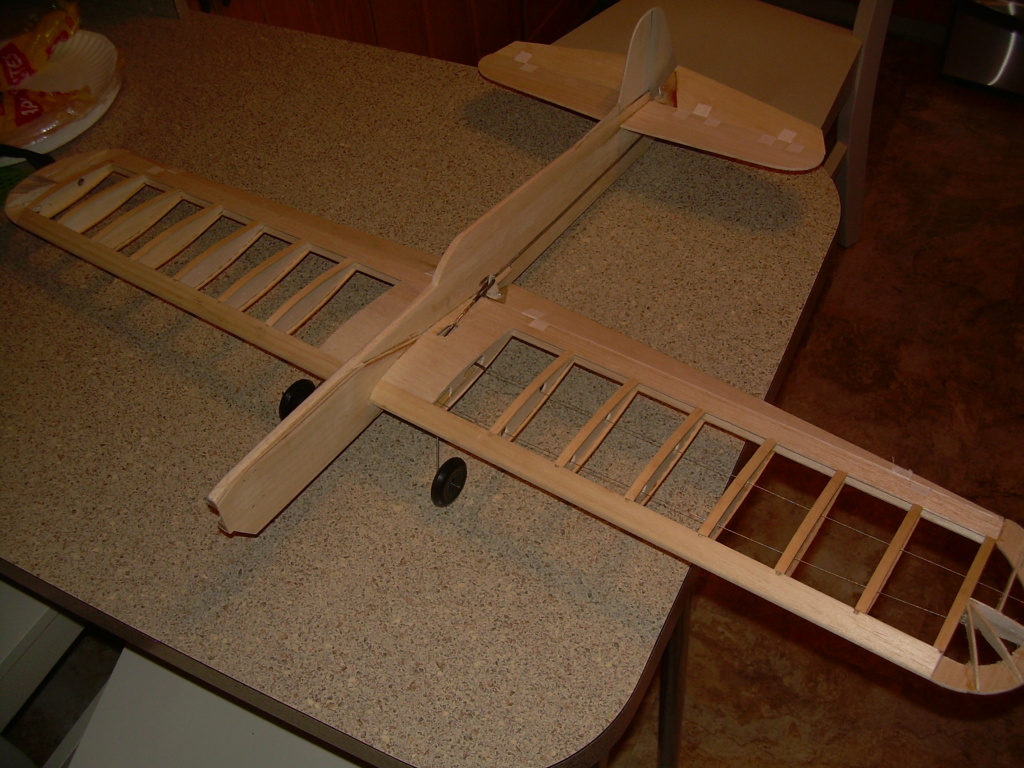 That's looking good, Ken! I noticed you and Larry Renger started this kit/build around the same time. I'm drawn by the idea of a wider wingspan in 1/2A, to the point that I picked up an old Pinto kit.

Will you also build adjustable lead-outs?
What do you plan to do for tank and plumbing?
Dope and Docspan or iron-on?

Jim, I placed my leadouts slightly forward from what the plans called for. In general when I do a build, I tack the leadout guides to the wingtip with ca. I hang the plane like a plumb bob. While the norm is to have the nose pointing down, I prefer the fuse being parallel to ground or level. I use no rudder offset, no engine offset. I want the plane flying tangent to the circle. All of those old practices strain performance rather than help.

As for covering, using silkspan on a 1/2A is a big waste of time and money. The end result is tearing and a constant battle of repairing. Monokote works just fine not to mention it's durability. The problem with this build is that I'm using nylon ripstop hinges which makes applying iron on difficult to make it look nice. So, I'm a bit up in the air as to what to do here. I have some of Phil Cartier's SLC covering but I was never happy with it's endurance. Silkspan would offer the best results. I believe I have some old K&S still left, Brodak silkspan is not the same and it's only good for solid sheeting as it's just too weak. The fuse will certainly be dope and more than likely the insignia yellow I just mixed up or a blue. I buy the colors in quarts which is like syrup in the can. It takes a lot of thinner to make it brushable. I make a pint of each and then those colors are what I use on all the planes until I run out. The Norvel will run just fine on 5% - 10% nitro whereas the Cox Medallion is going to need a bit more which can destroy your dope finish if it spills on it.

The tank will be a plastic 1 oz. Sullivan which will have a uniflow clunk. This is as simple as one can get. No muffler pressure or case pressure as none of that is needed.

I really like how you blend the doubler into the fuselage. What method do you use to achieve that result? When I attempt to do that I end up gouging into the soft wood of the fuselage. I am sure some of it is due to a steady hand, but is there a special tool that you use?

A shame to put any color on it. So long as there is no big fingerprints, and since it was an real terror to put together, clear it with a 2 part, like West Systems thinned and shot thru a HVLP, or something like that. It will keep the weight down and the clear-film see thru wing will show the hard work. Mind the fabric hinges of course. The West Systems is good for 70%+ nitro laying on it for weeks, months, years.

Ron, I sand the doubler first prior to gluing them on. When you thin them out like that, you really need to clamp the edge during glue up. I place them right on the edge of the table and I have pieces of Corian that I made to tightly accept belt sander belts. I use 40 grit and sand the edge aggressively. I use the lamination lines as a reference to insure I'm sanding evenly. I also did that with the 1/64" on the elevator and flap horn pieces.

PV, one thing that has stopped me from going clear on this one is the fact that the parts were not die cut but inked. This kit was like a old Comet kit where it was just inked patterns that you cut. I always leave some line and the fuse was 3 pieces which all reveal a smeary blue inkline where butt together. If I had of cleaned that off prior to glue up, this would look pretty neat. From the start I had intentions of painting. The wings though may look good if I just do them in clear.

Ken Cook wrote:           PV, one thing that has stopped me from going clear on this one is the fact that the parts were not die cut but inked. This kit was like a old Comet kit where it was just inked patterns that you cut. I always leave some line and the fuse was 3 pieces which all reveal a smeary blue inkline where butt together. If I had of cleaned that off prior to glue up, this would look pretty neat. From the start I had intentions of painting. The wings though may look good if I just do them in clear.

I see. Yep, the dreaded ink lines. Seen a 1/8 scale control line low wing that hung in the hobby shop when I was a wee lad and the builder had cleared everything minus the wing. It was tissue, but see thru enough. I was rooted to the spot staring at that HUGE model,,lol. Have 2 complete CG Shoestring Stunter kits for a Mc Red Head .19 and such. Thinking I might clear one. They are so dried out they may be good for nothing but patterns.