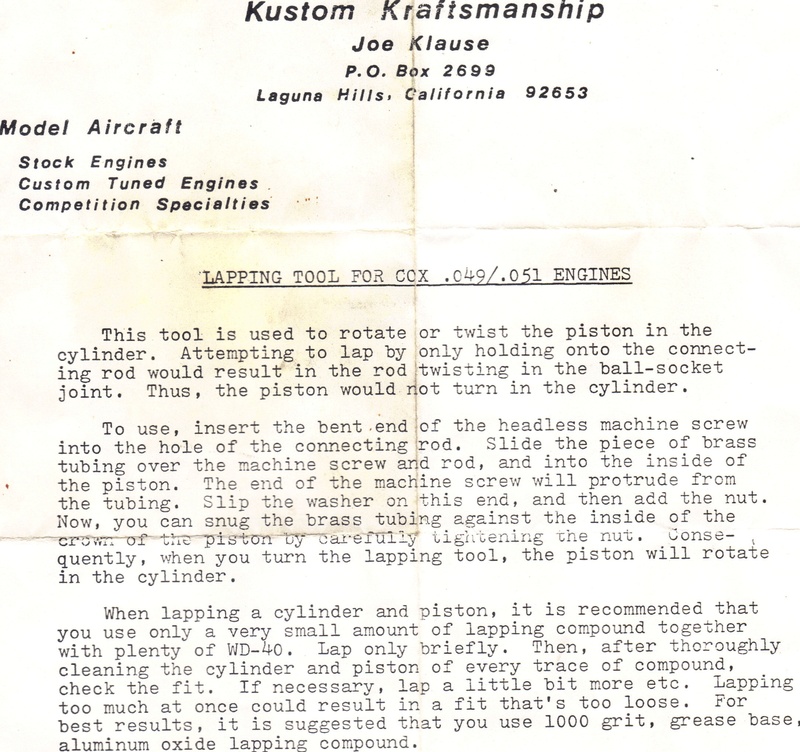 is it possible To Find that tool picturs ???? 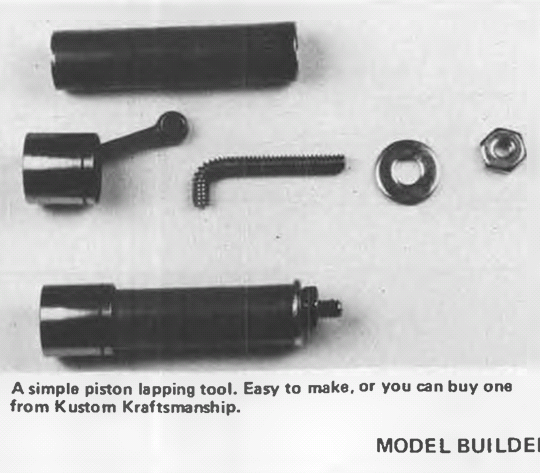 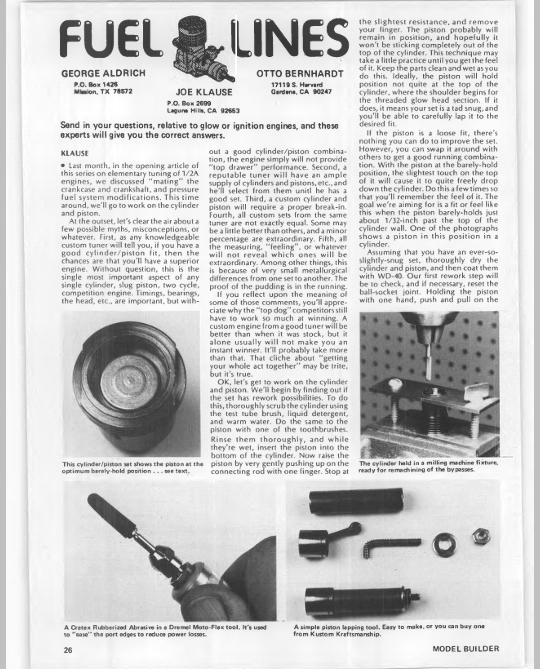 5/16" tubing with masking tape wrapped around the top is even simpler. If you need more friction to hold the piston wrap more tape around it. I've been using the same piece of tubing for probably 35 years.

Reading this article essentially for me offered nothing that I already didn't know from self taught experience. One thing the article clearly mentioned was the need for several piston cylinder sets on hand. This is due to the fact that your going to screw it up which they did all the time. The article also stated that no one tuner or piston fit will offer appreciable results, it becomes more or less of try it, if it works, it works. I only felt the need to do this when I would constantly hear the engine sagging. The pistons even though are nitrate hardened, they still swell and until all stresses are relieved from continuous expanding contracting cycles will continue to do so.

When I would break in a TD for combat, I used the fuel I was going to run for combat which was high percentage nitro fuel. It's been so long since I've done this, I don't recall my rpm numbers. I would use the black 5x3 full and run it for a few minutes at a time and record the rpm's. I would then use clipped down versions going down to 4" in size and I would aim for high rpm's which is the number I can't recall. You had to be quick in doing this as a newer piston can expand very quickly which galls the cylinder. You would listen for any audible sagging when going for the high rpms. If you heard any sagging, quickly shut it down and let it cool. This is when we would lap a piston cylinder and go through this entire process. This may require 3-4 times of light lapping before we could hold that rpm without issues such as sagging.

Keep in mind that the cylinders of a Cox engine are dead soft. Essentially, your wearing it out. This is a very crude caveman approach. You have no idea when doing this if your cylinder is out of round or the piston is out of round or both. Your wearing a possible oval into a circle or vice versa. When you did lap it in, you only used this engine for contest use as it's longevity was seriously compromised. You didn't fly this engine for sport use. While it would still run for a long time, it never fully developed it's lifespan like a stock engine due to the high rpm's we used them for. I had quite a bit of TD cylinders on hand and I believe I'm down to my last few.

While the article makes claims that there's no solution to loose fitting pistons, I fully disagree. My best engines I ever owned had literally NO compression what so ever yet they would run like a scalded cat. They would literally windmill they were so free. These engines were also the first to hand grenade but prior to that, they offered the highest performance. As the article mentions, you need to run it and record it, there's no voodoo magic that says it will work.

While everyone isn't striving for top performance, these same issues occur for instance when you have a fully cowled in engine which is where I encountered issues with speed planes.

Very open words Ken. Thank you. I also prefer longevity to top performance and let the engine wear itself rather than myself attempting to loosen up the good fit of cylinder for some extra rpm.

I second to your opinion that COX engines last long,and can work many hundreds of hours before retire. COX ran an experiment and after 400 hours the engine still ran fine though the reduced compression required to use of electric starter at the end.

At high rpm-s the time for blow-by to lose combustion gases is limited and even if when hand cranking the compression feels weak, at high rpm the impact of blow-by is limited.

Gents,
I would love to see these scanned to PDF and parked in the "library" here. 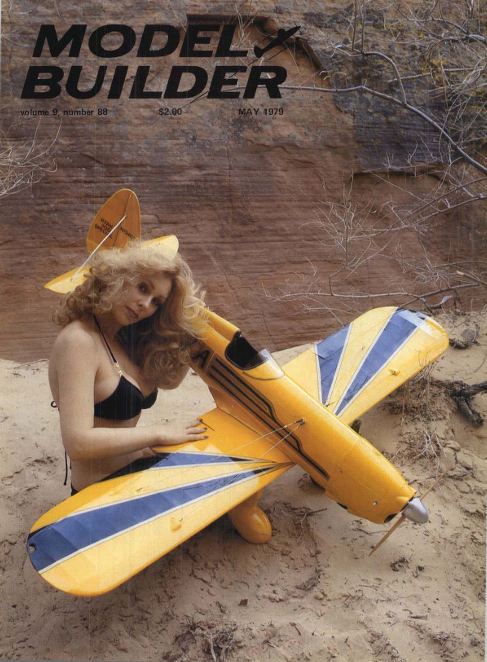 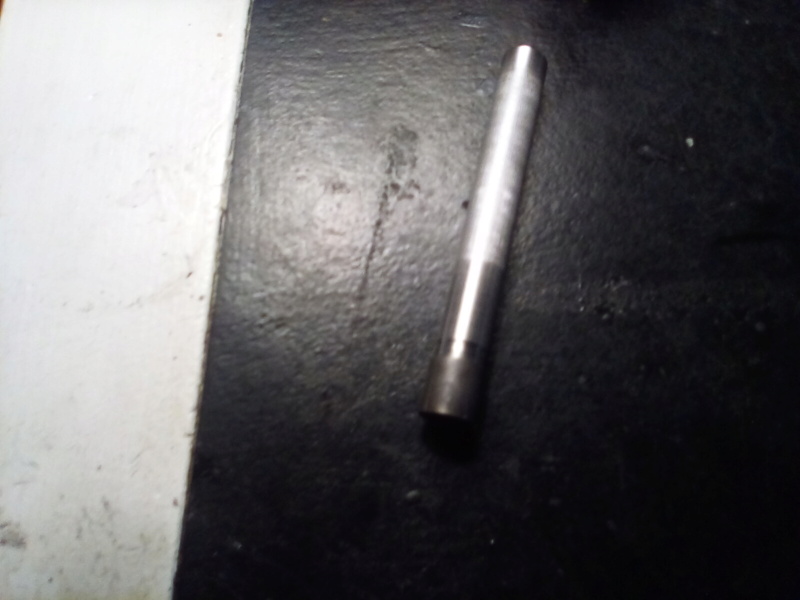 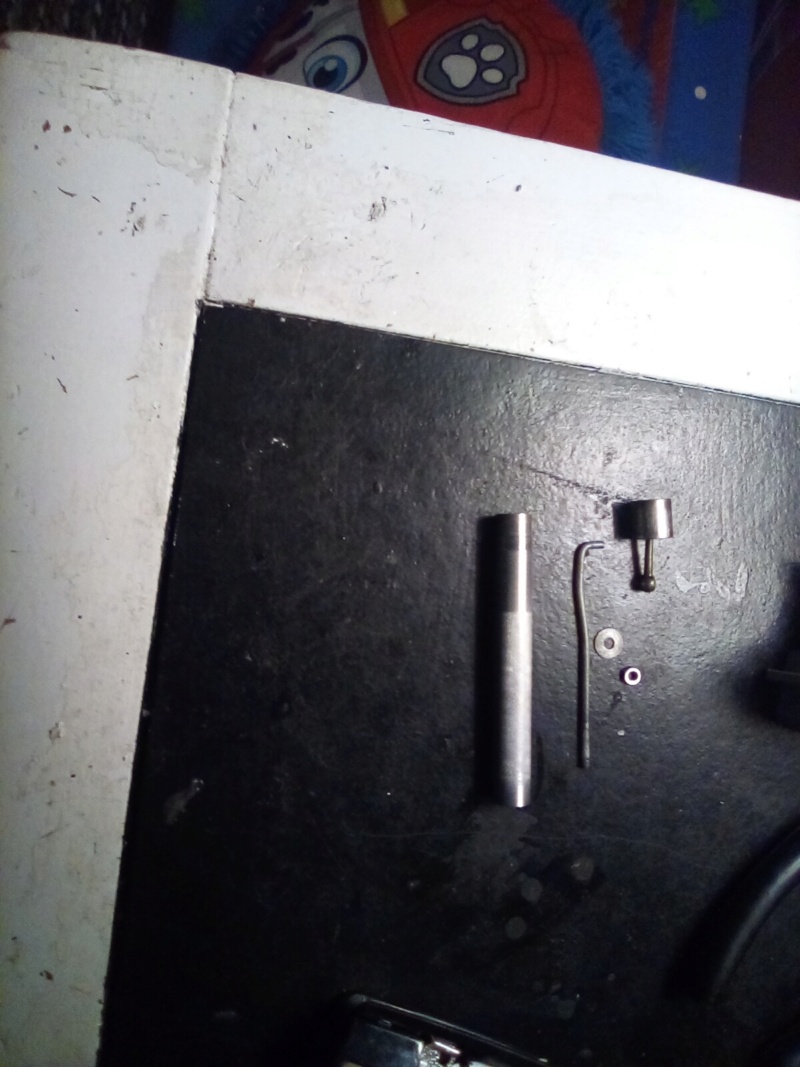 Ken Cook wrote:       5/16" tubing with masking tape wrapped around the top is even simpler. If you need more friction to hold the piston wrap more tape around it. I've been using the same piece of tubing for probably 35 years.

Ken helped me with this suggestion a while back.. and I used the body (tube) from a simple ball-point pen. Its outer-diameter is just under the inner-diameter size of the Cox .049/.051 piston-skirt. A few wraps of masking-tape will provide a firm grip.

EDIT: before you read-on; I had some cylinders which had "BURRS" turned-into them, likely by the improper use of a Cox wrench.

Here's some photos of lapping that I did, which saved X2 cylinders from the being scrapped. 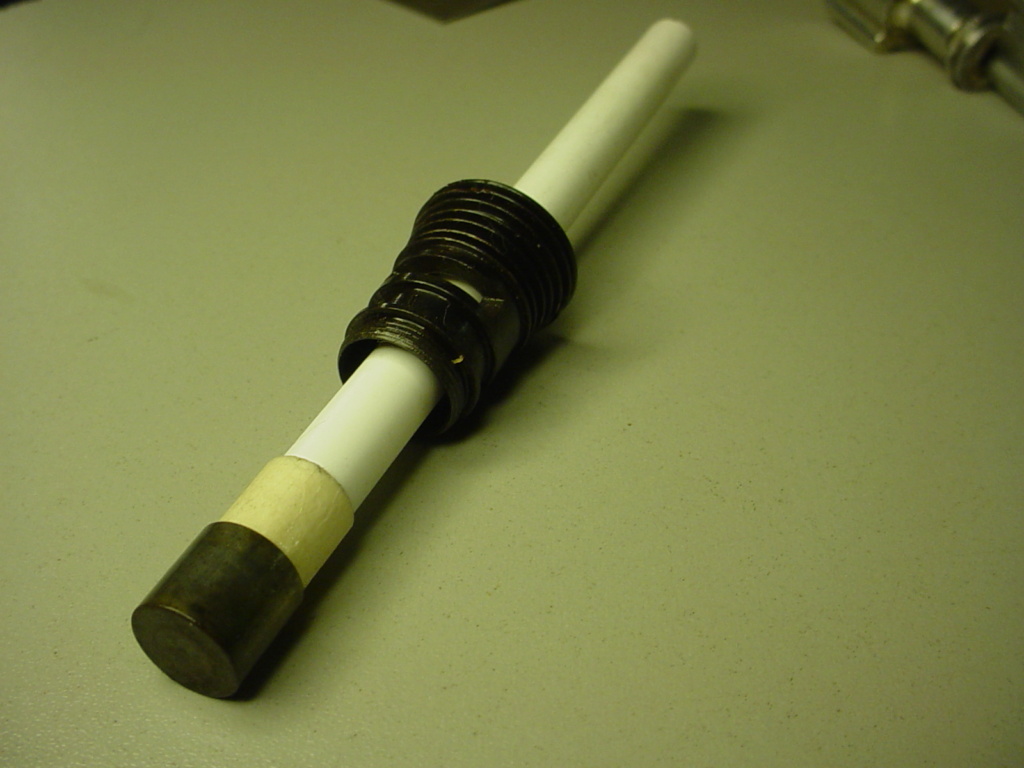 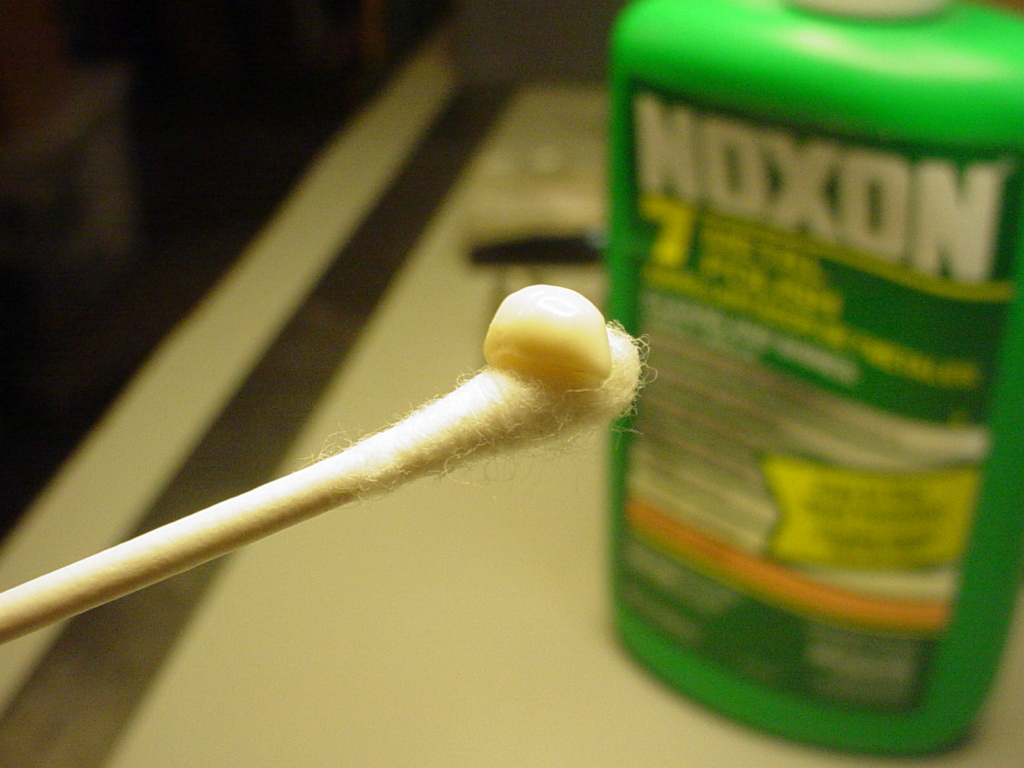 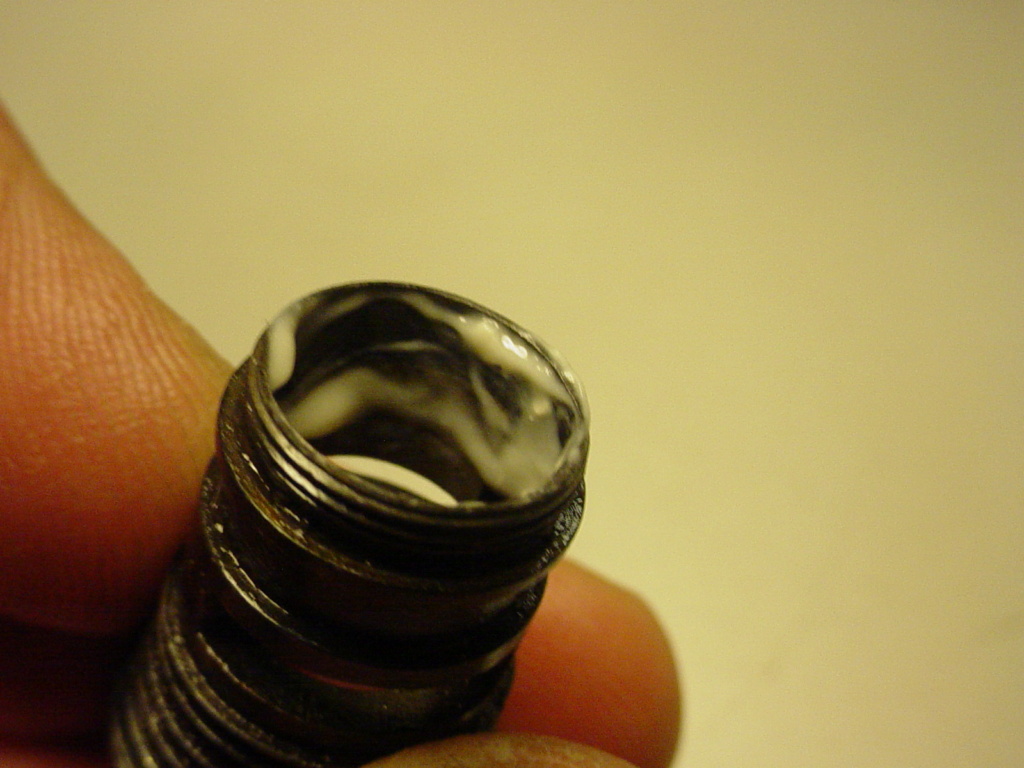 Insert the piston (inverted) through the bottom of the cylinder using radial "cross-hatch" strokes while lapping (never use straight-vertical stokes) keeping LOW in the bore. AVOID lapping near TDC where there could be a desirable taper/pinch (many vintage cylinders had this feature) which you wouldn't want to touch. 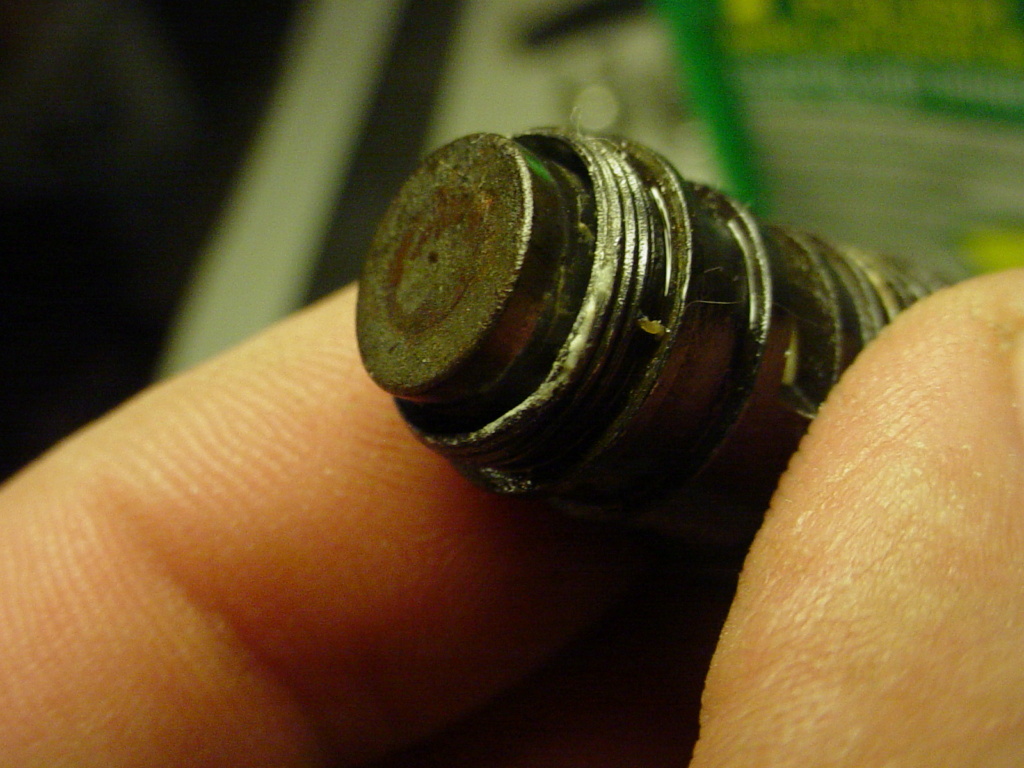 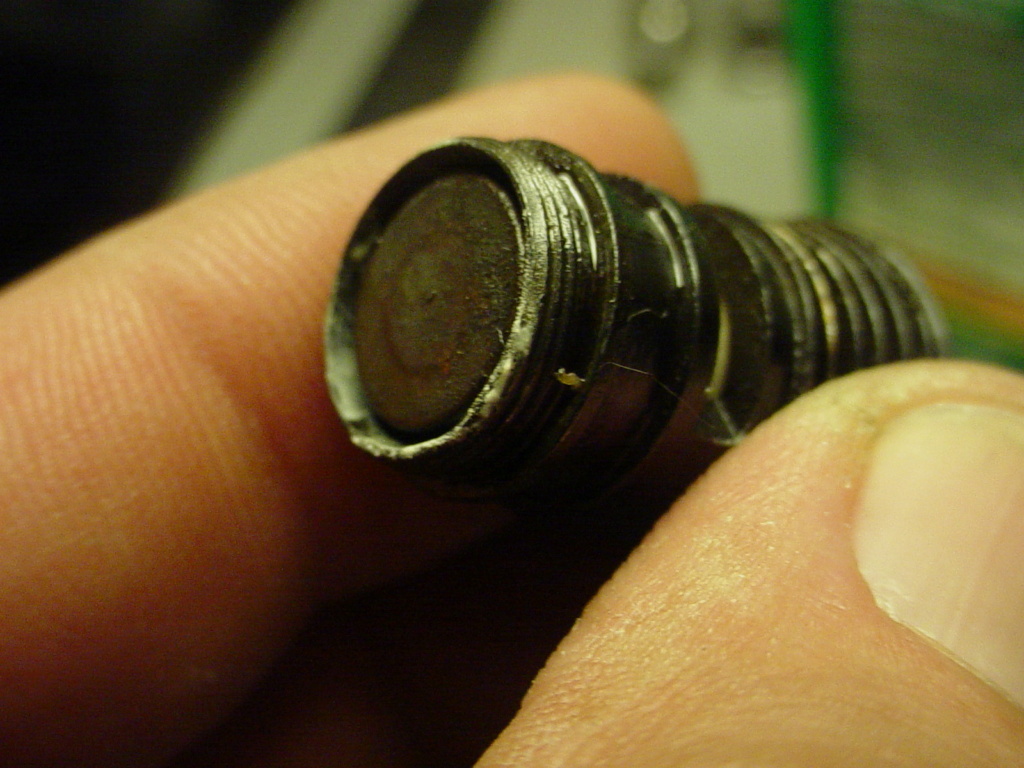 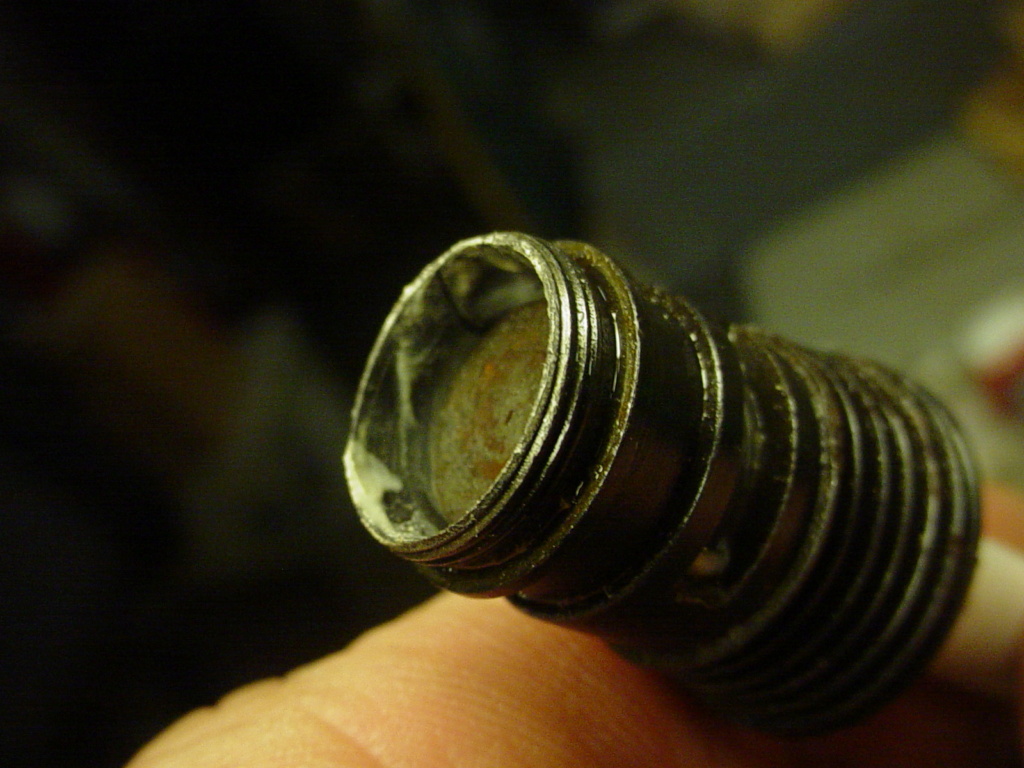 A "burr" will generally be in the exhaust-port area, where someone may have incorrectly used a Cox wrench. It's not uncommon.. unfortunately. 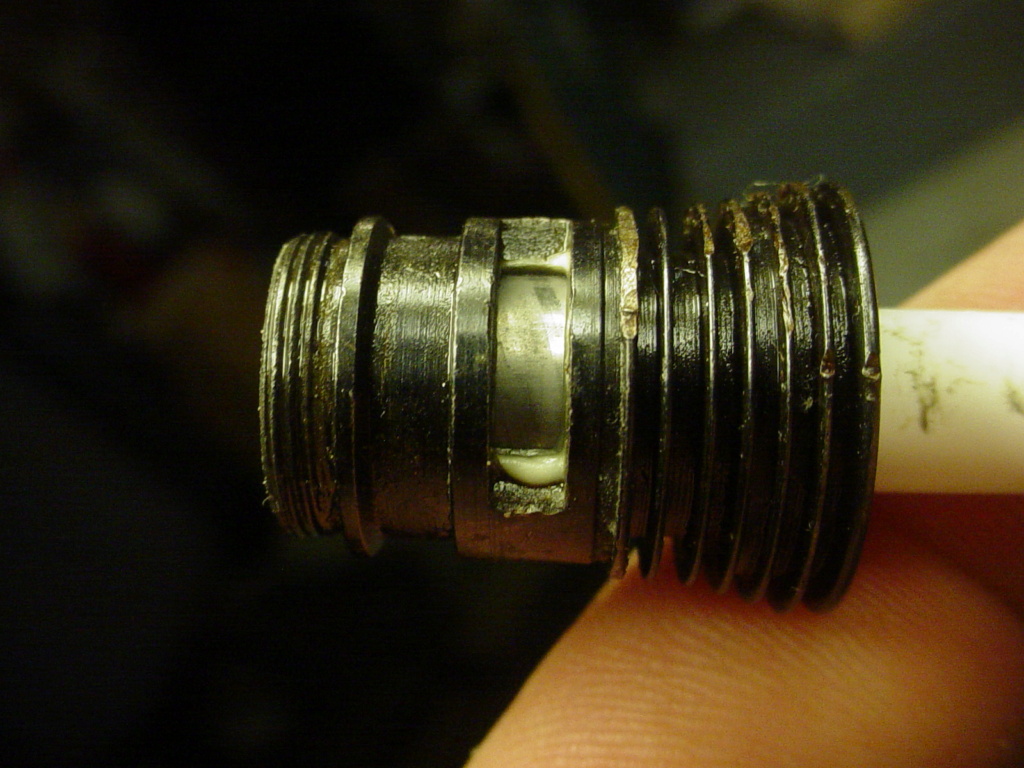 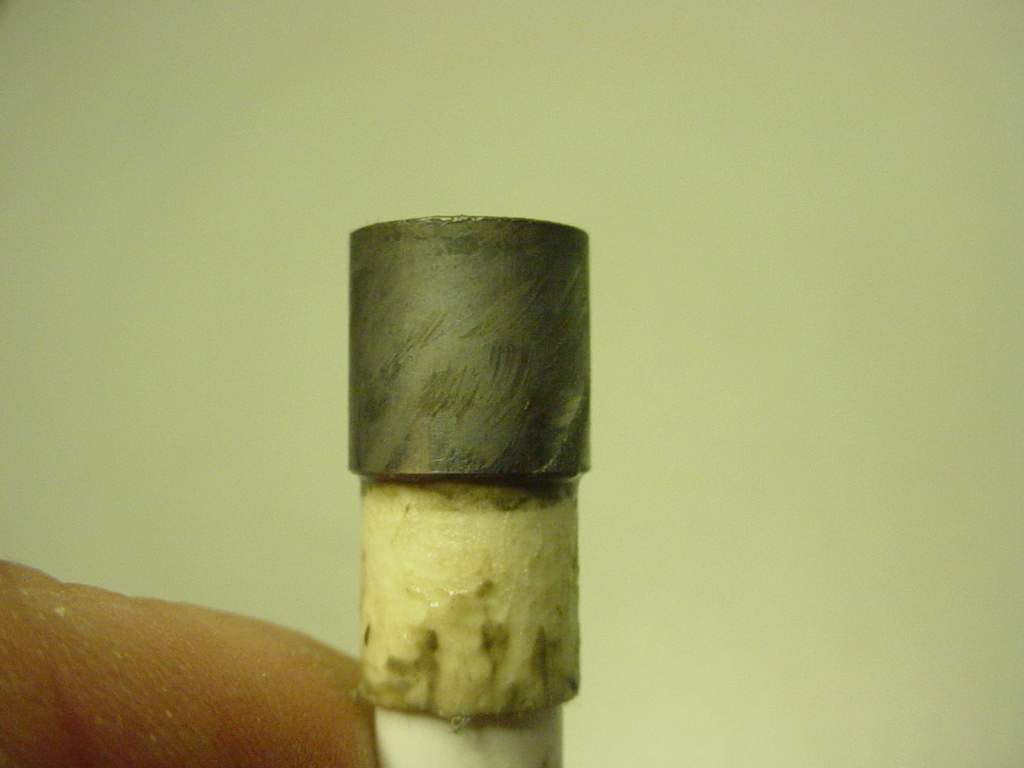 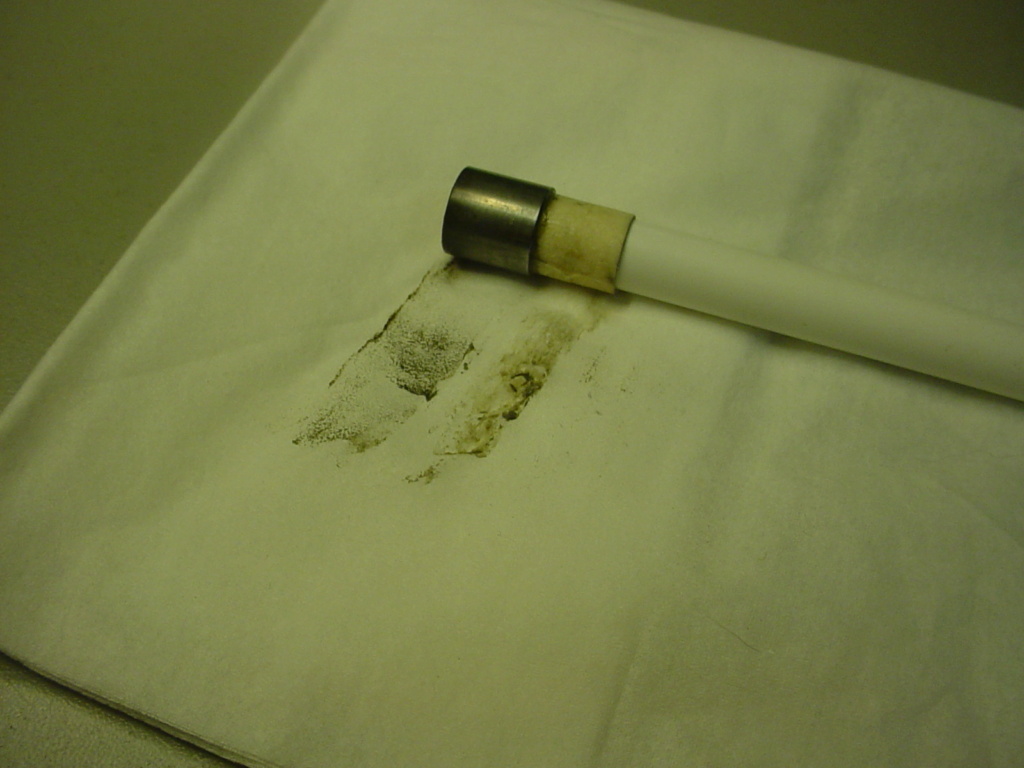