Hello to all dear members of the forum.
The past year has been a disastrous year in terms of health issues for both my family and friends.
I have had to put on standby most of my hobby projects until now that I have some time and space to finish the projects.
Now well ... let's go to more interesting things ....
I have received during the last year some things from a friend who has pass away from covid. Among those things was a cox tee dee .09 and a babe bee thimble drome.
both engines were in bad condition,  they were stored, who knows how many years without any care.
This  time I have taken the work of restoring them as best as possible within my possibilities (of being able to access spare parts and things like that).
with the TD was not too much work .. just completely disassemble it and clean it in alcohol, then assemble it again and run it.
with the babe bee the story is a little different. the engine was very poorly maintained, full of scratches and pliers marks, missing parts of the fuel tank, the needle valve, the oring and gasket.
The first thing I did with that engine was to completely disassemble it and clean it with alcohol and some parts like the crankcase, I cleaned it with paint remover, since it had traces of yellow paint.
Immediately afterwards, I polished with the dremel all the metal parts except the cylinder and piston.
Now ... a friend who is also a fan of these engines recommended some tips that I want to share with you. especially with those who do not have easy access to suppliers of parts.
1) I took the oring that goes between the backplate and the rest of the tank from a lighter of those that are used for cigarettes, I tell you that it goes very well and is not deteriorated by fuel.
2) Replace the fuel line that goes inside the tank with a piece of fuel line for 1 / 2A and inside it place the spring that prevents it from being strangled when bending.
3) I made the gasket between the tank and the cranckcase with a slightly thicker paper than the sheets used in printers.
4) the reed valve that was the old metal cross-shaped valve was replaced by a metal one that had another engine but more current models.
With all this done, I borrowed the needle valve from another engine.
One of the things that surprised me about this engine is the compression it has ... it is much higher than that of some current engines that I have.
Today after finishing the assembly I crank it up ... and it was wonderful to see how an engine that is more than 50 years old came to life almost instantly ..
Here are some images of the engine and the rebuilding process ... there are not many that I have since the anxiety to put them to work won me over and I forgot to take the photos during the restoration.
Again it is a great happiness to return to the forum and I hope this year to be able to finish the 1 / 2A projects that I have in process and to be able to share them with you. 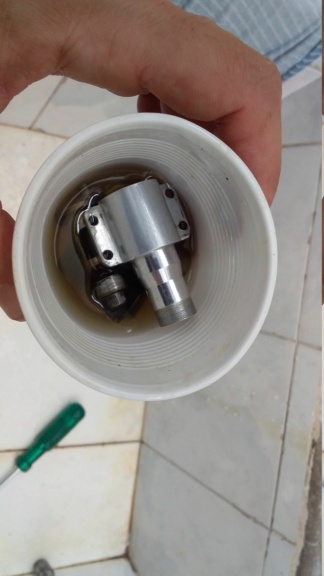 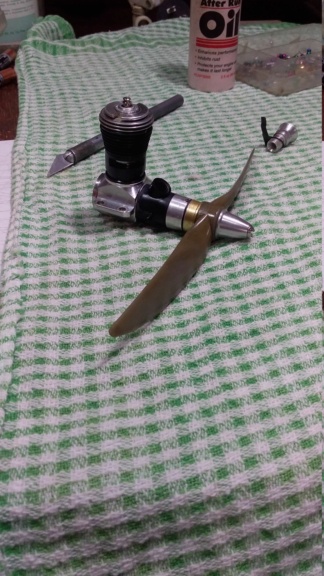 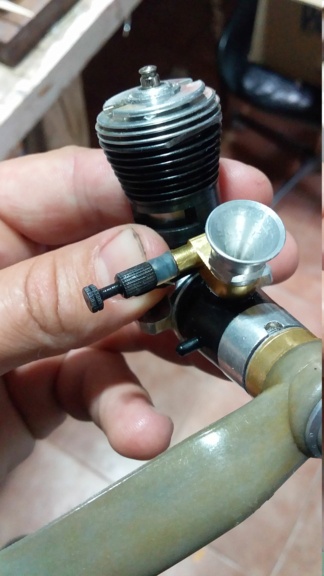 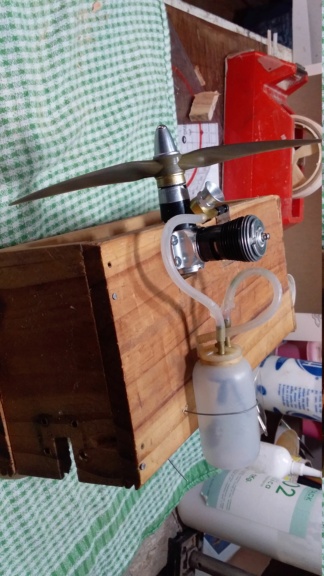 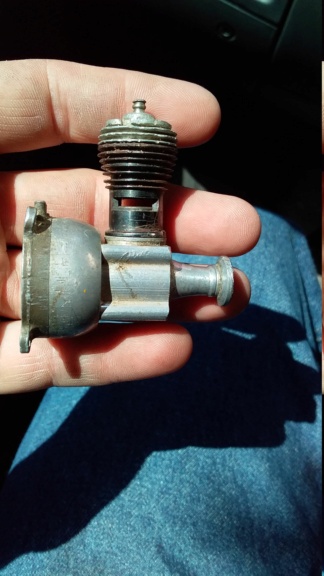 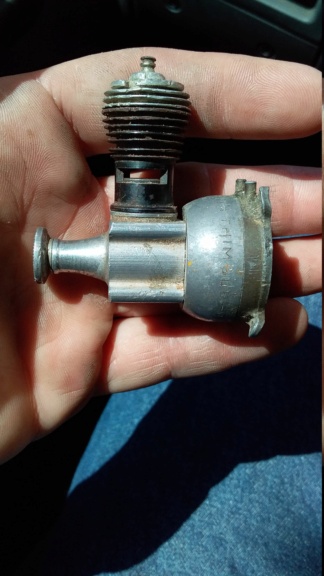 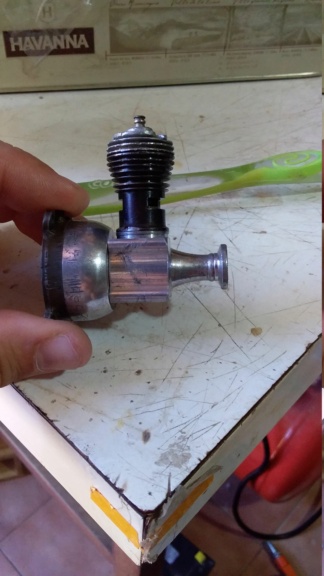 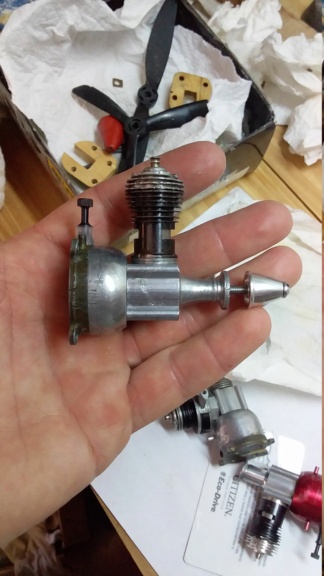 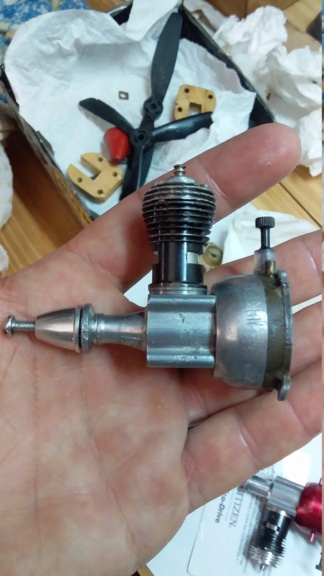 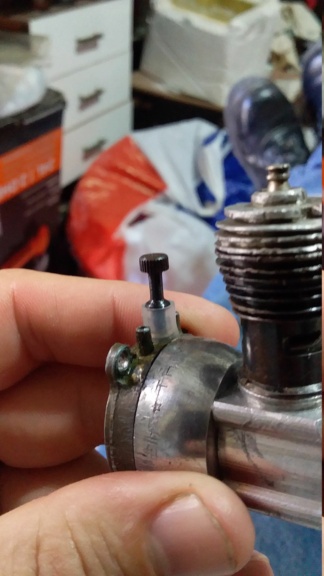 Sorry for your past health...congrats on the fresh runners!
Glad to see you are correct ming around adversities.

Wonderful job on that TD, it's so much easier when you have something good to start with.

The Babe Bee was such a mess, plier marks, bent mounts, and lot's of scratches. It won't make it run any better, but if you want to go further you can chuck the glow head in a drill press by using the glow contact and use 400 grit paper inside the fins and on the outside to clean it up. On really bad ones I first use a fine file to remove the majority of the dents. Same for the fuel tank, just use the venturi pipe.

Dart o-rings. The best hands down. Never ever leak.

Welcome back. As well it was nice to see something brought back to life, whether it was fully restored and shiny or not. The main thing is that they run! Also thanks for the tips. Although a bit late..... I wish I came online earlier as I had just disassembled a lighter about an hour ago here and took the spring out, and cut up the rest and is now all in the garbage. Oh well, next time.

Cribbs74 wrote:Dart o-rings. The best hands down. Never ever leak.

Welcome back Nico! I hope things are getting
better for you. That TeeDee looks great, and
the BabeBee should be a good runner too.
Good to here from you again.
Bob

Hello friends ... I leave here a couple of photos of the lighter from which I took the oring. I hope it helps you. 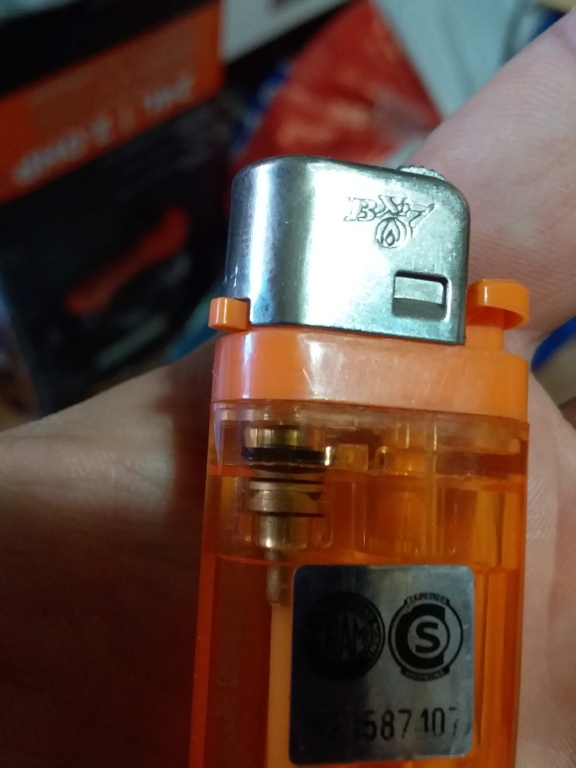 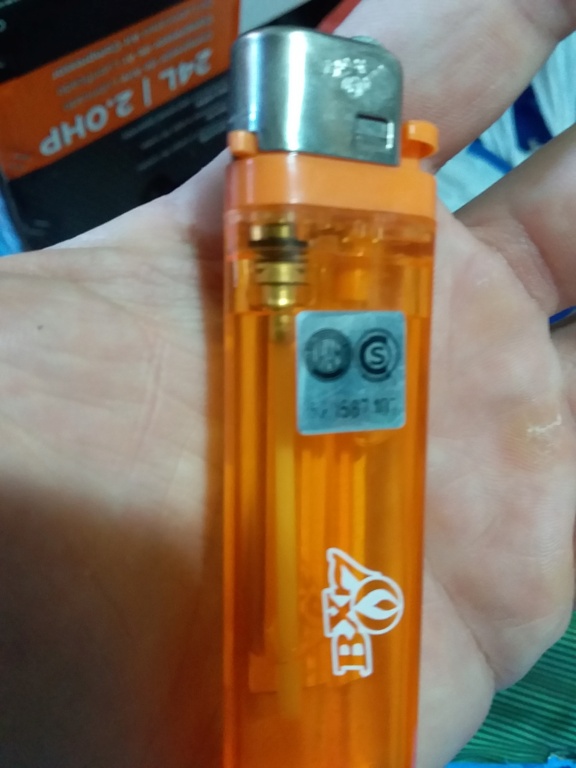 Yes its that part y was tinking tink is the same in every one je like 2.. 3 difrent oring tink y can use the smaler one in the .5 rc carb neadle

Welcome back nico.010 good to hear things are getting better for you , Nice job on the restore. and thanks for the tip with the lighter .