"The Red speedster from Cigars of the Pharaoh. Although it only existed on paper, this roaring speedster is not a pure product of Hergé’s imagination. It indeed combines elements of real cars. This race car is a throbbing combination concocted by using parts of an Alfa Romeo P3 from 1932, equipped with a 2654 cc engine and reaching a top speed of 230 kph, the Amilcar CGSS from 1927 reaching a mere 100 kph with its 1075 cc power plant and the ERA from 1938.

DETAILS :
Grille : The Amilcar CGSS (1927) inspired Hergé’s design for the radiator of the maharadjah’s speedster.
Bonnet : This time the inspiration comes from the Alfa Romeo P3 designed by Vittorio Jano. In its heyday, the P3 driven by Nuvolari and Caracciola (the Fangios of their era) was victorious in many races. Exhaust : similarly, the exhaust pipe is borrowed from the P3, apart from the number of exhaust manifolds (six instead of eight).
Rear body : according to Jacques Martin (renowned automobile connoisseur as well as the creator of Alix), we have here the tapered tail end of the ERA" 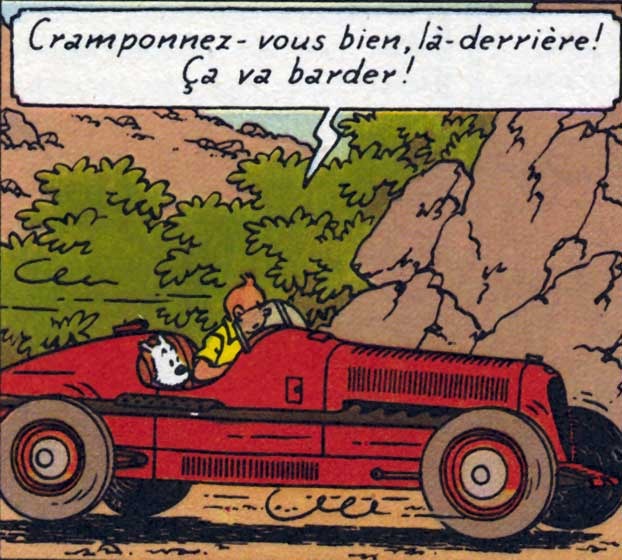 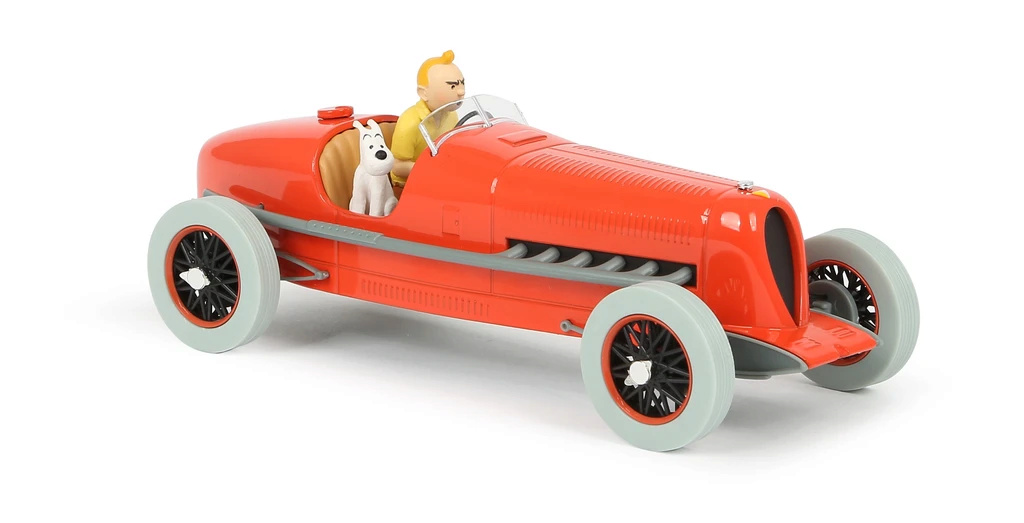