Last year this time I posted a plane given to me to repair. It was a very rare Berkley kits the AJ Savage. The objective was to get it to fly. I was faced with a lot of challenges. I wish I was able to build this kit from new as it needs a lot and I gave it a heck of a lot. I had to cut the wing out and re do all of the control system. Break the elevators off and install new hinges. Firewalls were so delaminated, I made new and epoxied them putting blind nuts behind the ply. If you ever heard the term " Pushing a rope", this is what the control system was like. I made a new wishbone pushrod and control wires. The landing gear was a mess as it didn't roll and the gear was all at incorrect heights. I did my best with it and was very concerned as I didn't install it into the plane, I just re did all the bends and resoldered the mains back together.


The kit has 2 OK .074's. I wish I had the liberty to change the Cox Babe Bee's on it now. I would've hollowed the nacelle areas for tanks and installed the OK's. In addition to the OK's the power included a Jetex 150. I have a Rapier ready to go and the tube is in the plane but I wanted to just get a flight on this oldie. The wing area is ridiculously small and twisted. I was surprised at how well it did actually.

Yesterday was a memorial fly for my late friend Ski. Many of us gathered together for a swap meet , Foxberg racing and a new event called timed stunt. I really need to get my act together for taking videos and pictures. My son and I took a 1st place in Foxberg. We had 5 contestants but the neat thing was that we all used Fox .35's which made the event on the level. Anyone could've won and all of us made so many rookie mistakes. I fell over, others were in line tangles, it was fun nonetheless.

Nearing the end of the day, I was whooped. The sun and I don't get along and my face and neck got burned bad which is very bad for me. My dermatologist is going to love it. I had the Savage with me engines untested and it was now or never. Certainly in need of more power but, seeing this fly even for the few circles was just rewarding. I was happy and even happier it lived for another flight.

From what I can see Ken that is a very well detailed model.  I can't believe how easily you get those engine to start, although the Golden Bees and Black Widows on my P-38 were pretty easy also.

I was in the Navy when the AJ was operational, and used to watch it land and take off at NAS Jacksonville in the 50's.  It also had a jet engine in the tail.  I think it had optional JATO assist too.  It could carry the A bomb. 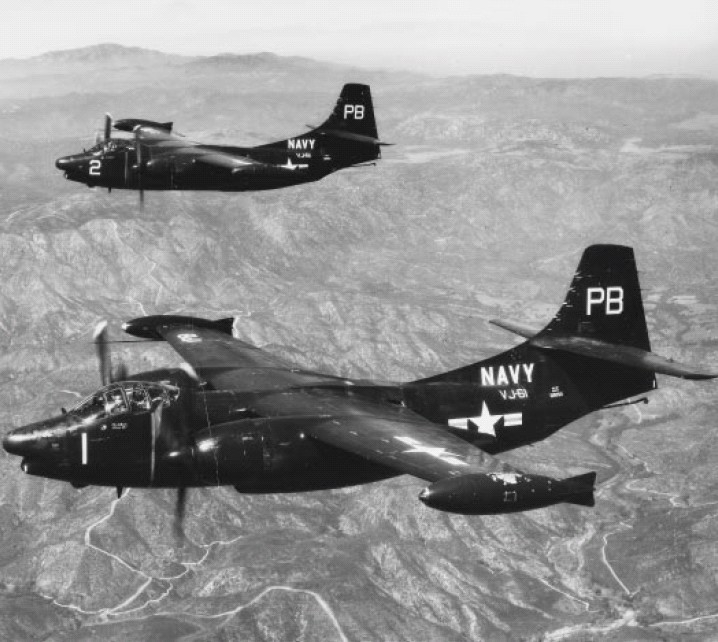 Bob, your completely accurate on the details. The cockpit bubble is spot on, the gear and the wheels are very detailed. The metal cowlings are steel and are nicely made. Unfortunately, the wheels are scale so they're quite small but they have steel hubcaps resembling the original full scale versions. That is really cool, they got glued onto the rubber tire and essentially become the bushings for the gear wire. I found the ad for this plane from 1952, this plane sold for $6.95. I bet that was some money for a model airplane kit back then.

Beautiful job on the repairs Ken , that plane has a lot of details from what i can see , are those double wheels up front ? A little under powered but over all a good flight !~