» Got the Wen Mac Corsair today
by rsv1cox Yesterday at 7:11 pm

Tools for the trade

Tools for the trade

I was rooting through one of my club members stuff a few weeks back. He's the individual that has so much that he doesn't even know what he has. My son and I are pulling out boxes and were asking him what is inside and he was as puzzled as we were. He either forgot or just wasn't aware. My son and I spent probably 4-5 hours looking through his stuff and afterwards went out for a bite to eat. it was a great way to pass a dreary day. I came across this particular tool he had which I thought was a great idea and I took a picture of it.

The other day at work, we had so many maple scraps that were in the dumpster. I grabbed a bunch for motor mount stock and general projects. I could've filled my pickup to the top. This was all from a new gymnasium floor.  I made the tool the other night. A very simple tool, perfect for angles, excellent tool for stick and tissue builders. I used it today for a new project I just started where I had to replicate 45 deg angles over and over. 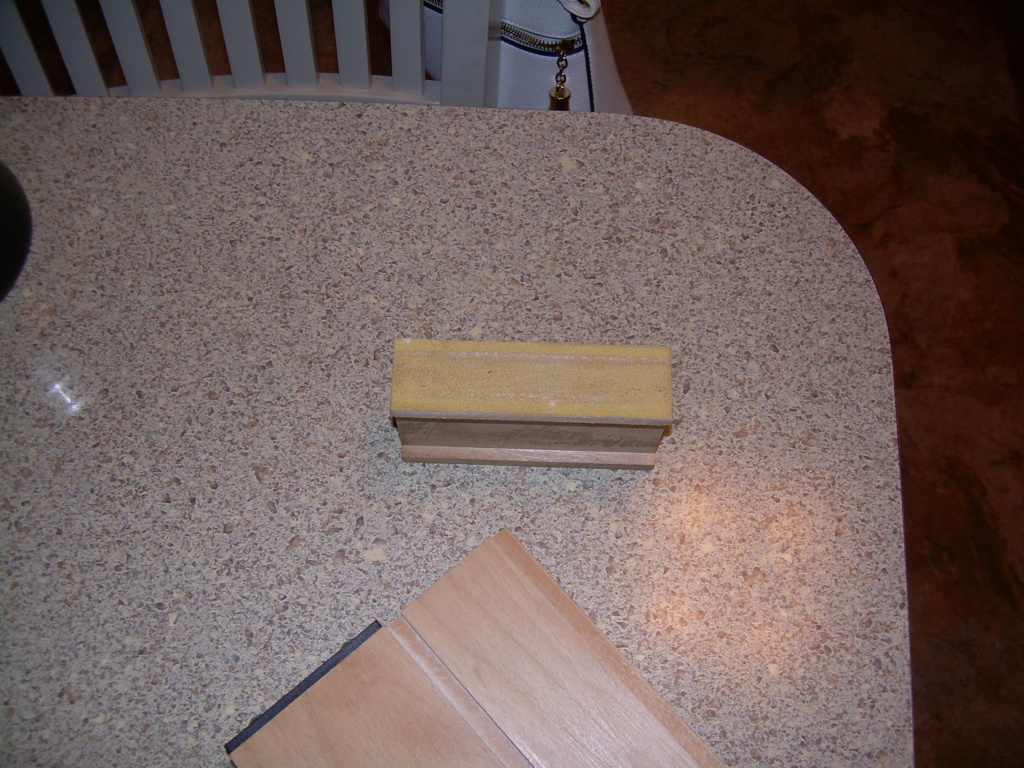 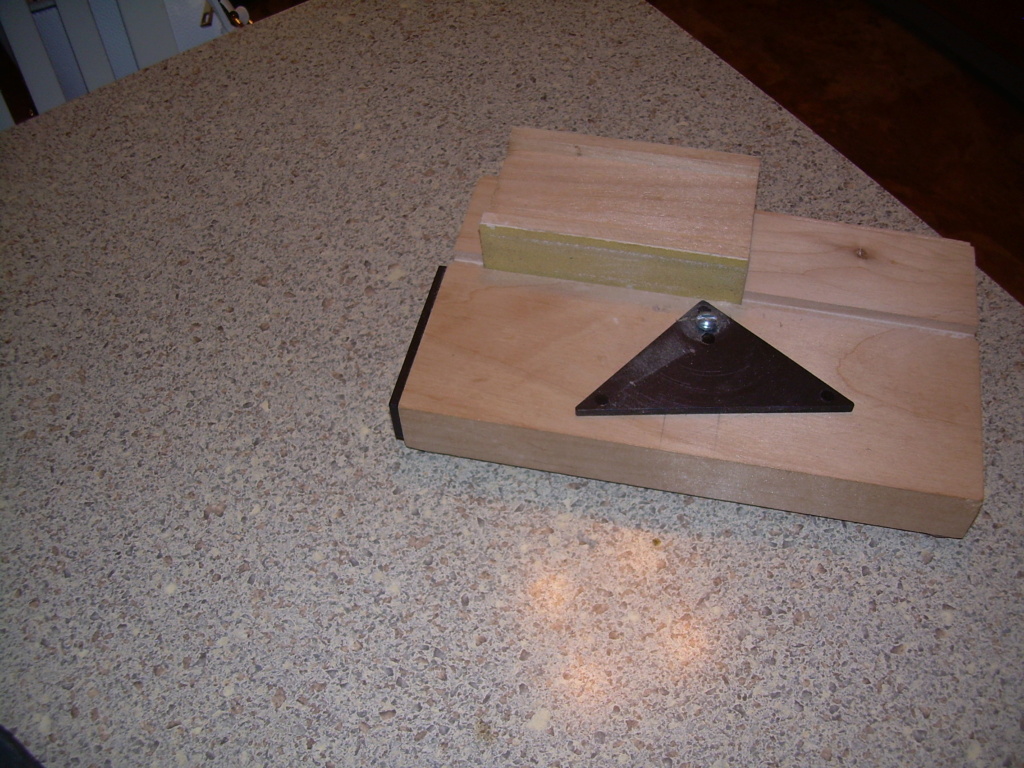 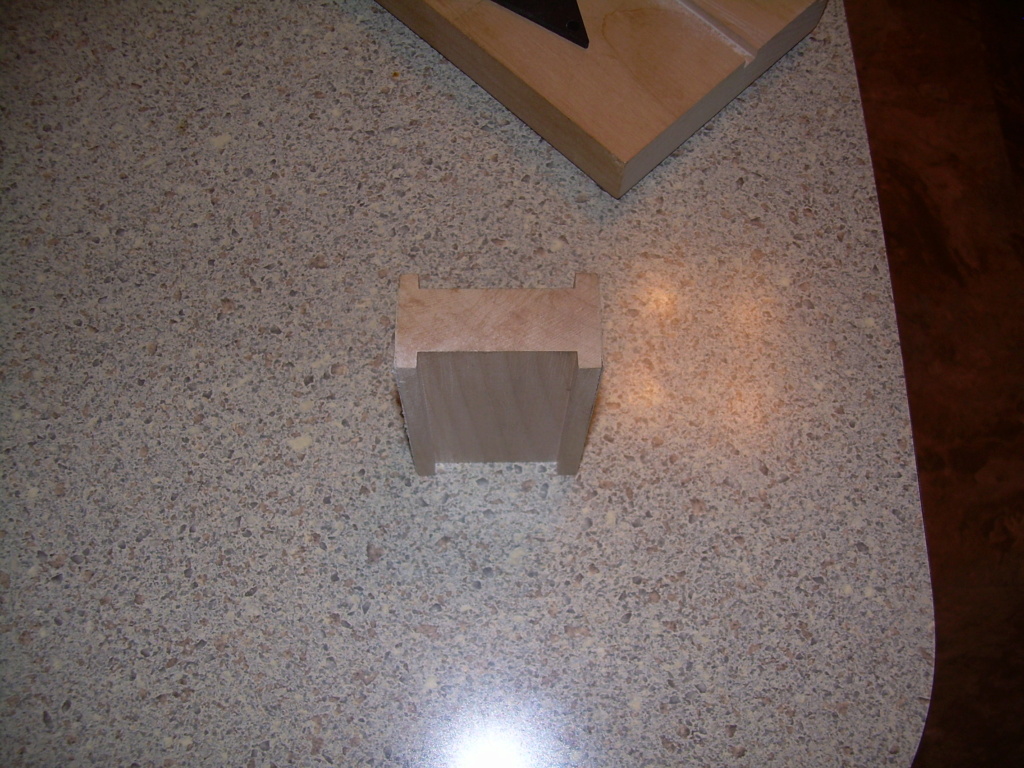 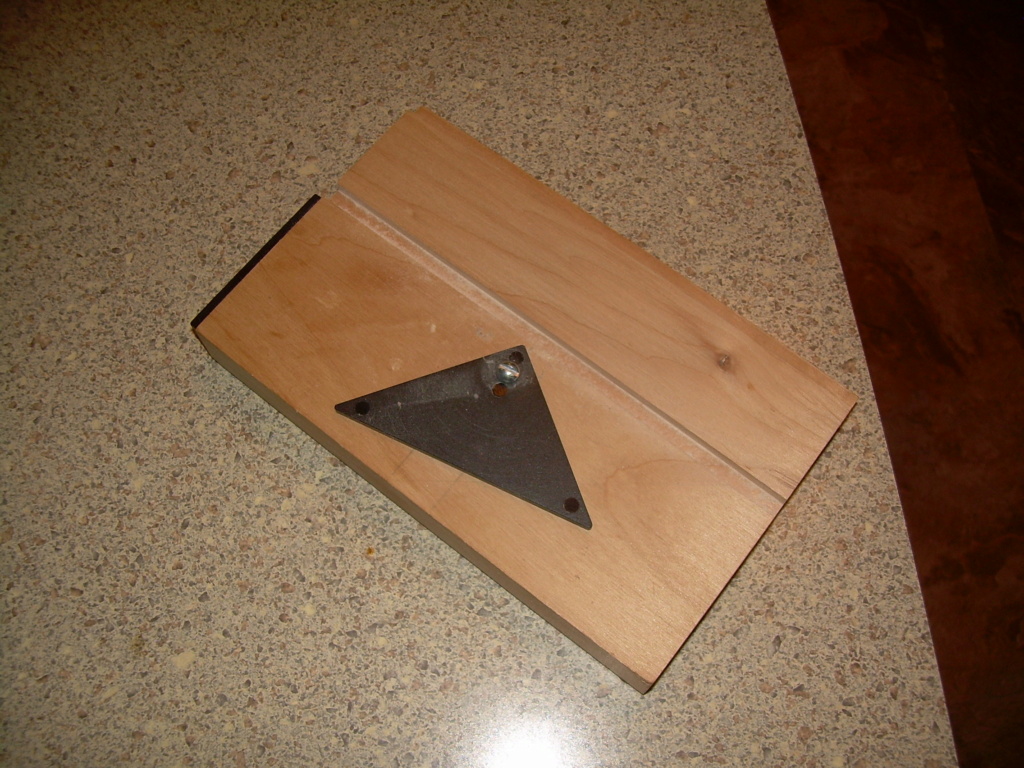 I made the black piece from the material I make my bellcranks from. I'm thinking of making it a bit thicker. For now it's working. The paper I use is the self stick paper from Great Planes that was used on their aluminum extrusions. 3M 77 would also work with any paper and when the need arises to change, a heat gun quickly removes it. I used a 1/4" slot cutter and when I made the I-beam, I made it a bit tight so it wouldn't slide easy. I should've left it as the sand paper opens the slot a little. It works great though and it really is a tool that after I used it, I asked myself how did I not have one of these before.

That would be a great tool for me as well. So do you tighten the screw on the triangle piece to keep it at the angle you want when your sanding?

Exactly, I was trying to figure out a way to index the 45 left and right. I was thinking of making the triangle at a 45 and then pinning it with a piece of music wire. Drill a hole for left and right miters.

Ya know what works fairly good too for attaching sand paper to stuff is Carpet Tape. I have 2 kinds from ACE Hardware and it's their brand. 1 is a cloth type and the other a plastic type. I have these 3 plastic block sanders I like for lots of things and I use the double sided carpet tape to attach the paper. I have a different grit paper on each side. Starting with pretty course like 80 or 50 I'm thinking and going to like 400 maybe. The corners will start to peal a little but not bad if you just realize that and avoided stressing them in the wrong direction. Fairly easy to remove the old paper and tape, at least from my plastic blocks.

Thanks Fred, now that i have about 5 hours into mine, that $31 is looking real good. Oh well, I can say I made it.

Scratch built always wins over store bought. You have the satisfaction of knowing you built it.

Here are my 3 sanding blocks and the Carpet Tape. 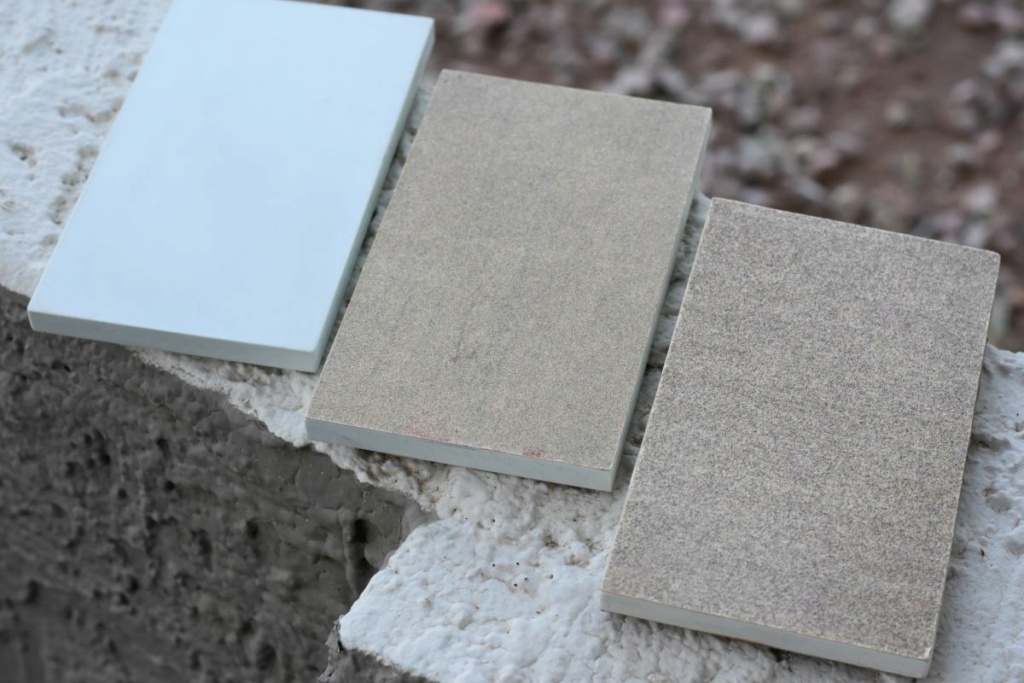 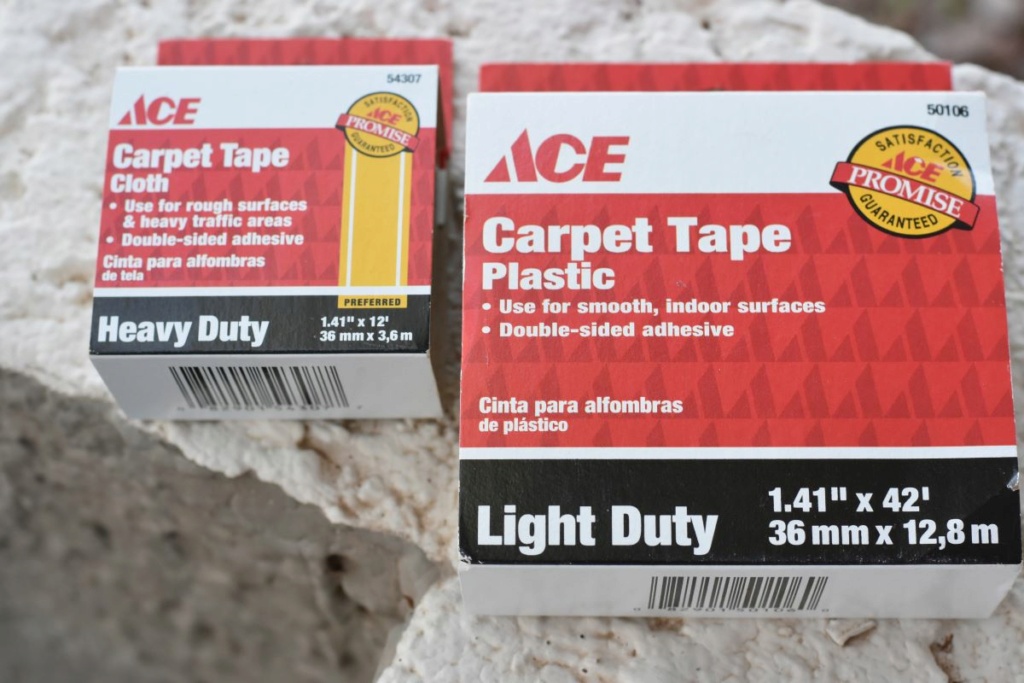