I was given a Helldiver for Christmas from one of my sons. The engine did not turn over. It was gummed up. I took it apart and cleaned the engine thoroughly. I also, cleaned out the needle valve. Unfortunately, the fuel tank, which is not attached to the engine, is damaged. Not sure what to do here. I can't find one. It also needs the foam wheels and the decals replaced. Does anyone know where I can find these parts if at all? I have been searching Ebay with no luck. 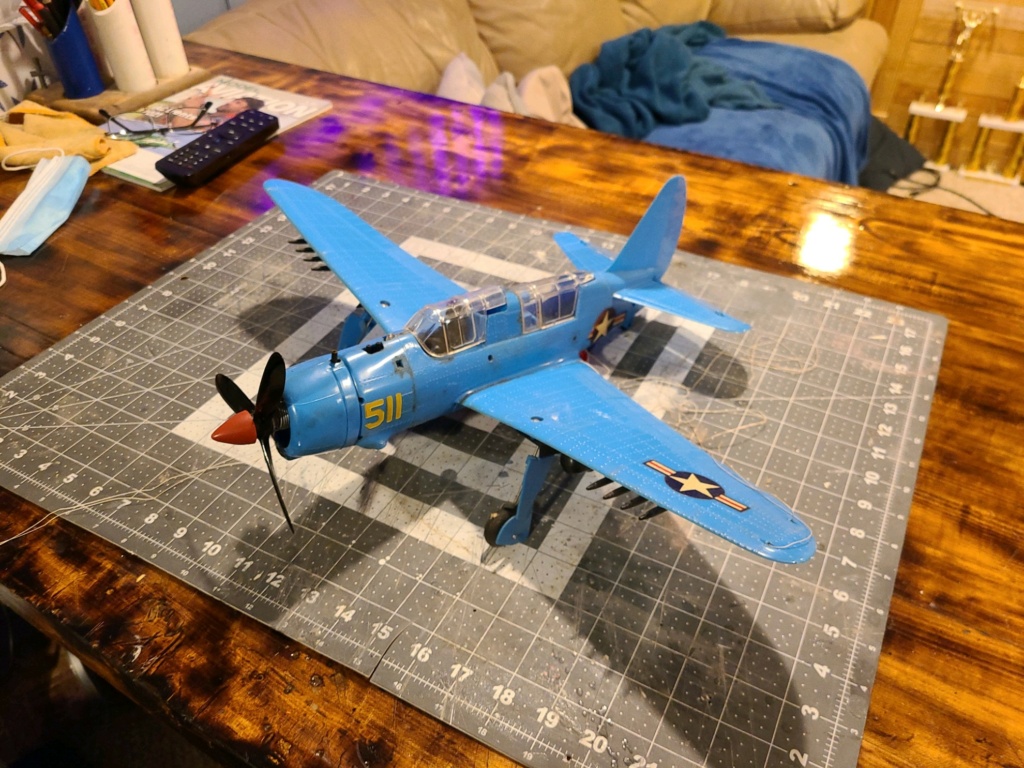 Good luck with your search.

Hi, Contact 94cobra26 on Ebay. I bought a couple Helldiver tanks from him.

So, have been busy cleaning and polishing. I freed up the motor. Replaced the tires using the stock rims. I have new decals coming. Now I just need a replacement fuel tank.

I looked on Ebay. I put the name in the search. Nothing. What should I look for to find a person?

Fredvon4 Thank you. I sent a message to him.

Looks great. What do you use for polish?

ramflames73 wrote:Fredvon4 Thank you. I sent a message to him.

He is out of them.

Thank you for trying to help me.

Can you post a picture of the tank, and fuselage halves with respect to the tank area? According to the other post pointing to a breakdown of the airplane, this is a cylinder-style tank with mounting ears that slip into the fuselage halves.

Unconventional repairs will most likely follow one of two paths...reconstruct the tank's fragments, and then epoxy-coat the outside with fuel proof epoxy, or scratch-build one from .005" K&S sheet stock. Neither option will be particularly impossible. Both options will require a bit of skill, with scratch-building being the most difficult.

The bonus is once completed, the only tell for the home-brew will be the pipes sticking up. An additional goody may be the ability to make the tank as deep as you can before getting into other bits inside.