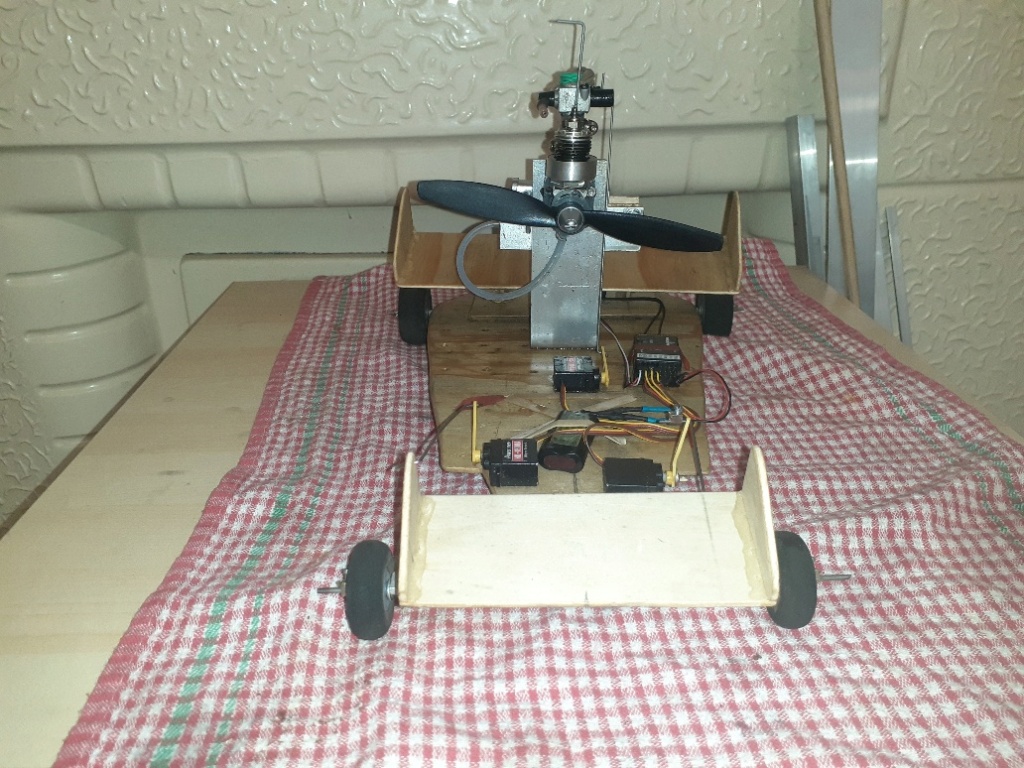 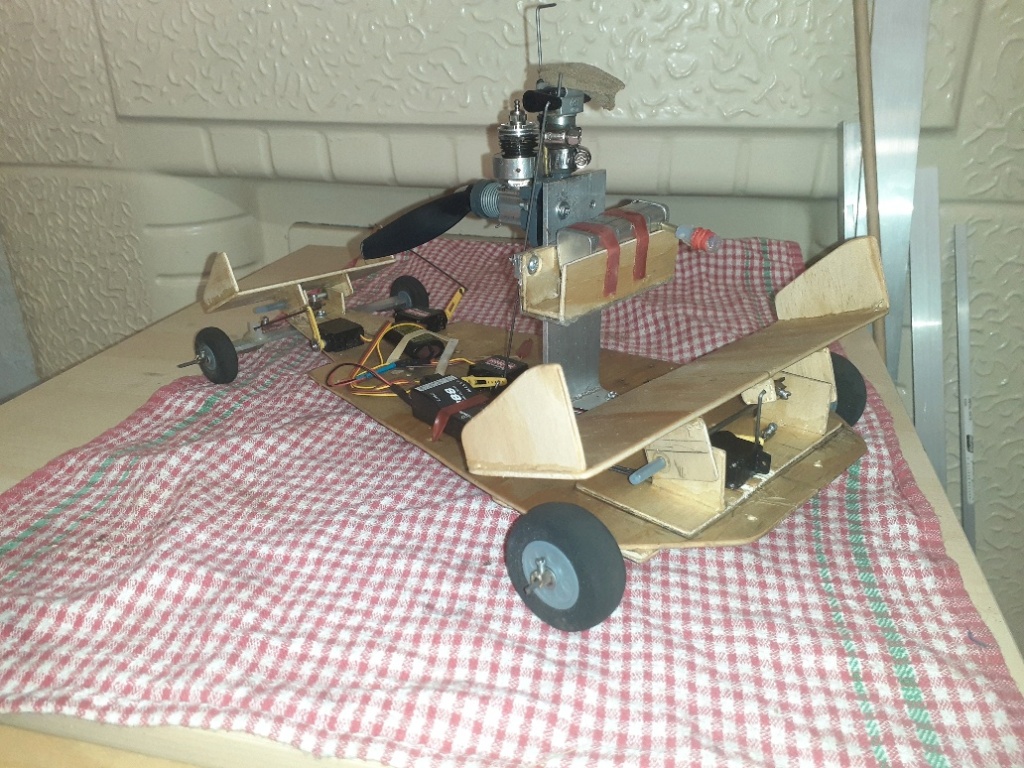 Complicated Yabby. It has to come with some sort of explanation.

Not that complicated really. Its a 3 ply flat chassis (braced underneath). Aluminium Engine mount with a muffled Surestart and a turbo plug, running an OS carby which works great. Just wanted to see what difference wings (drag actually as they are not proper wings) would make. The wings are in the style of sprintcars which provide (depending on adjustment) huge downforce at the cost of huge drag, as they are not allowed to use proper airfoils basically upside down like F1 and others do.

some of what is in this is pre-cursor/prototype for a Cox 049 sprint car I want to build.

So the two wings are adjustable via RC servos, the steering is a simple RC mechanism like a go kart (billy cart to most of you), RC carby servo controlled. Piece of stocking over the top of the carby input, little fuel tube air cleaner over fuel tank breather tube. Biggest problem is that without these two filters, running on bituman or cement tennis courts it is forever sucking liitle specs of crap into the fuel tank and in through the carby. Fixed. Ugly, but Fixed! Badly needs a roll bar!!! Still sorting wheel sizes. Going to change steering mechanism to that used in a sprintcar. Quite simple system to implement, maybe not the best steering system ever, but thems the rules. Lol.

I need to sort out a Diff, Clutch,drive shaft, or gear drive, zip starter type stuff that I dont know anything about yet, and I dont have a lathe or even a drill press, just my trusty dremel, so need to get some stuff sorted out :-)

Man, does it need suspension.

All in good time. Its much better than the previous one I made.

Eager to see it running.

I will see if my Lad has a youtube account. I cannot have such accounts due to DOD security clearance issues, and getting the OK to be a memner of CEF alone was a huge pain in the A.............. Lol. Its just easier to not have them for me. Ill see him next week I hope and see how we go. I believe its only through youtube we can link to video?