It all started with this cylinder-less Prop Rod. 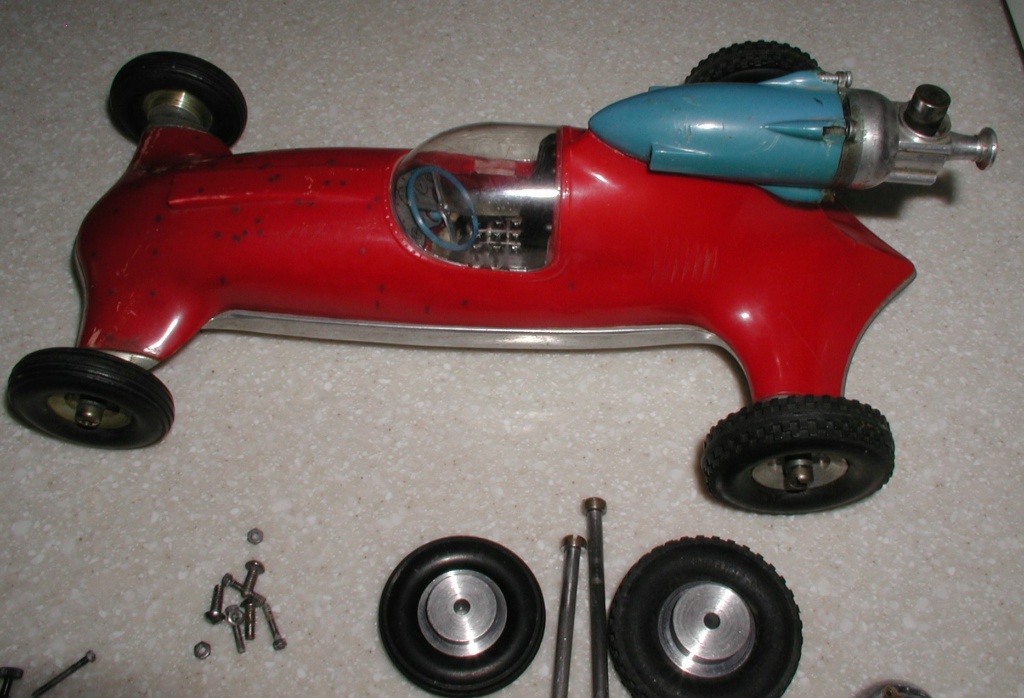 Checked my parts, only cylinder I had was the throttled version and I didn't want to use that.  Went to Matt's and Bernie's sites and they were out of cylinders.  Went to ebay and found five used for $16.  Sold.

Thinking I had just wasted sixteen dollars I started checking them on the Prop Rods engine.  Sure enough the first one had a burred exhaust port.  Ran some 800 grit on a 3/8" dowel (my standard burr removal tool) through the cylinder, cleaned it up with a paper towel and tried again, ok! Added the glow head finger tight and better than acceptable compression.  Next three cylinders were the same.  Last one was tight at TDC but pulled through with the prop and it turned out to be the best one.

Two #1's, two #4's, one marked on the exhaust port, and an unmarked thick wall for sixteen dollars.  Not bad.

No heroic cleanup, just oil and a toothbrush.  One cylinder's exhaust port looks like someone took a jewelers file and filed it.  Same on both sides. 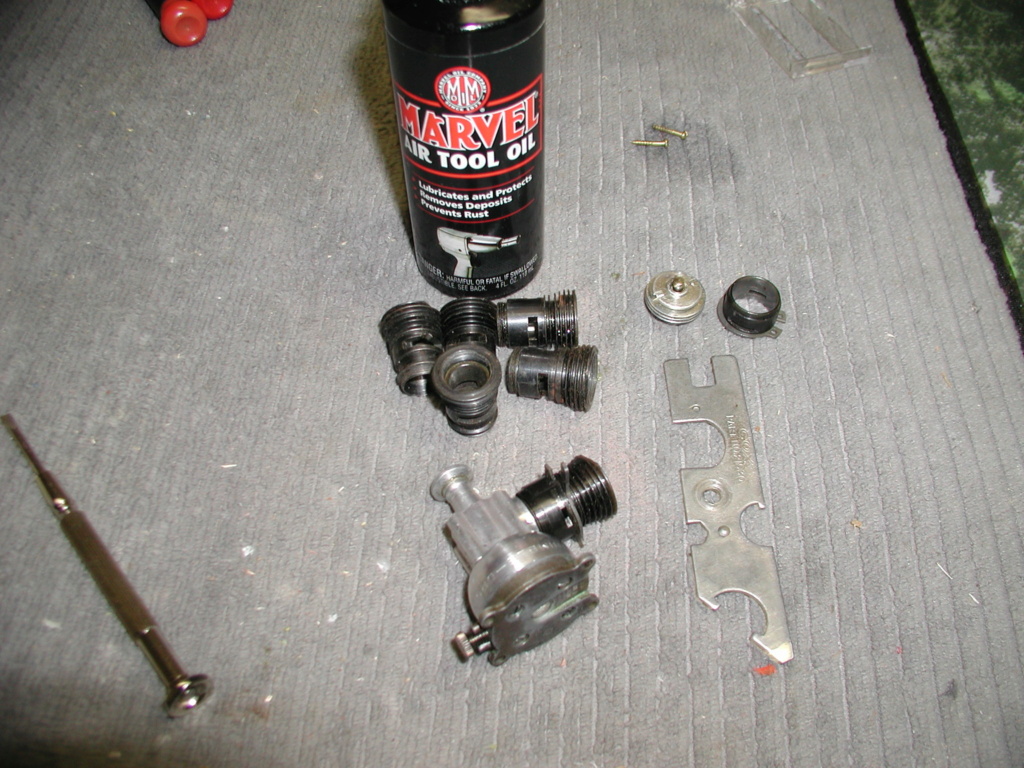 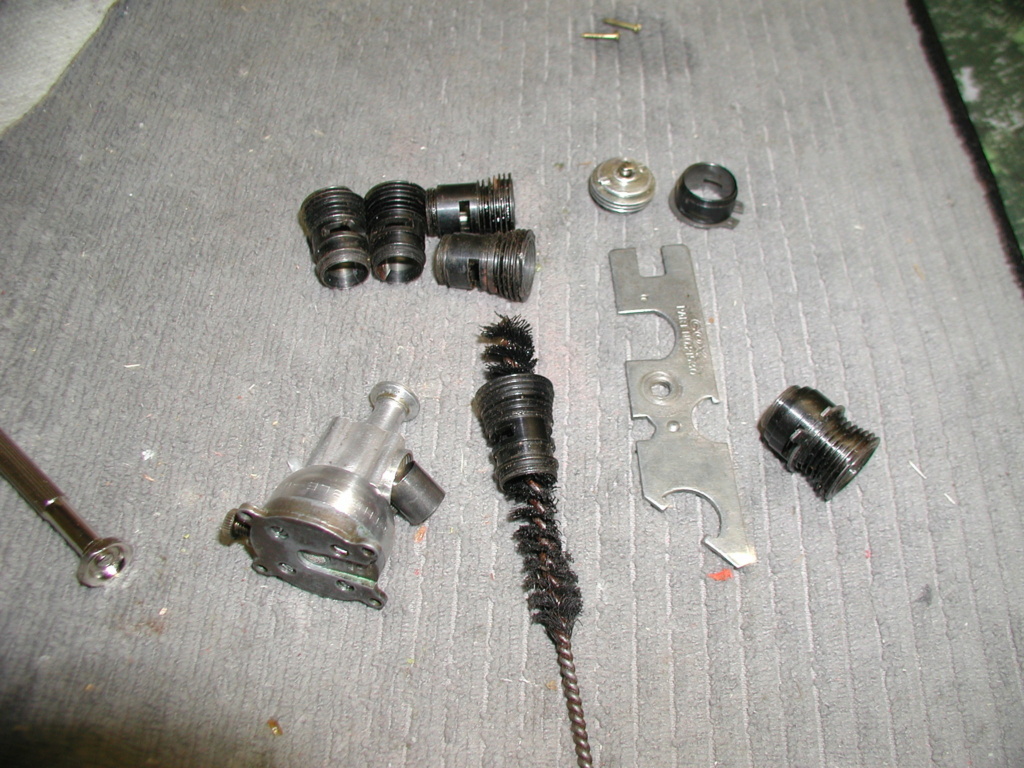 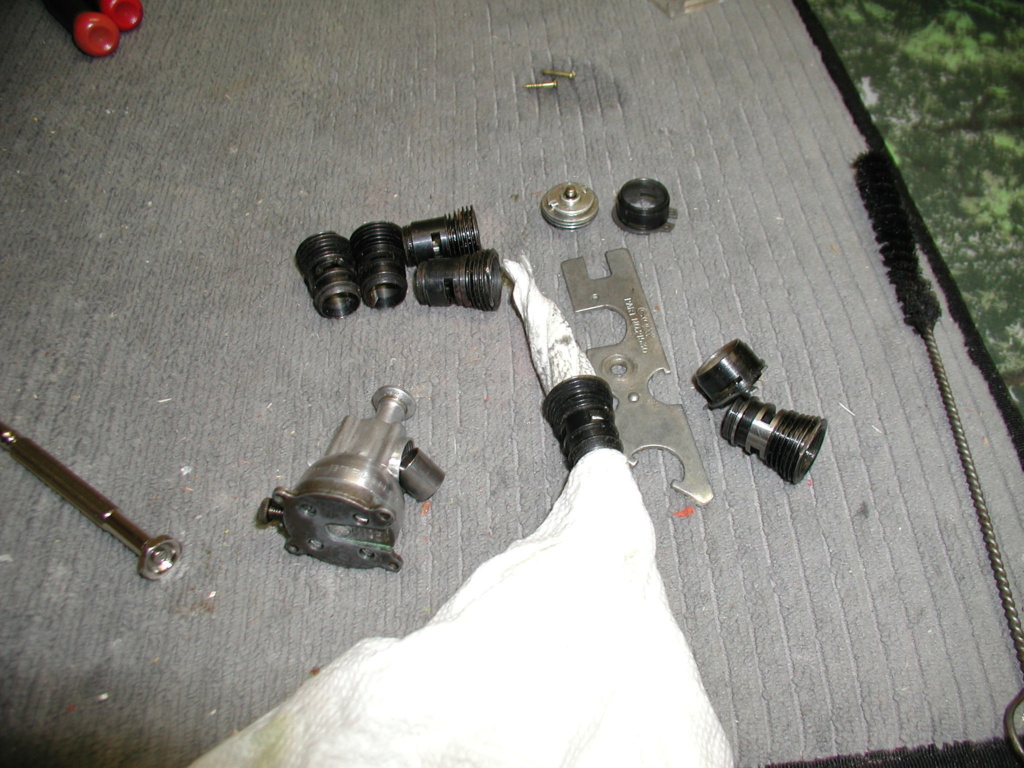 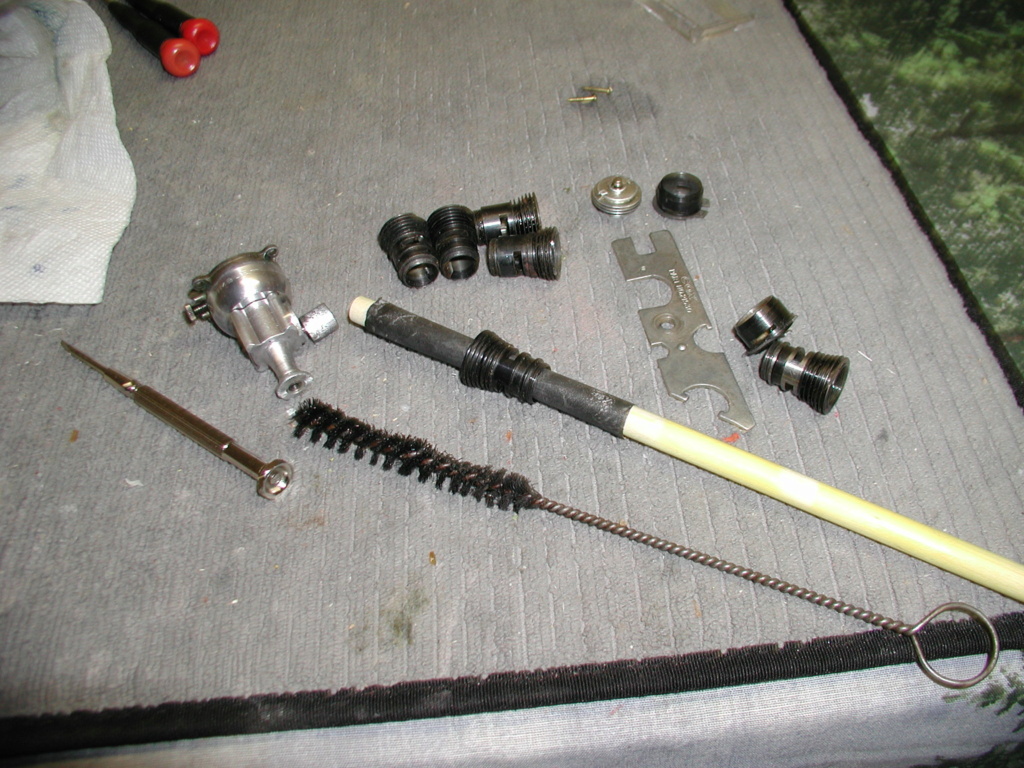 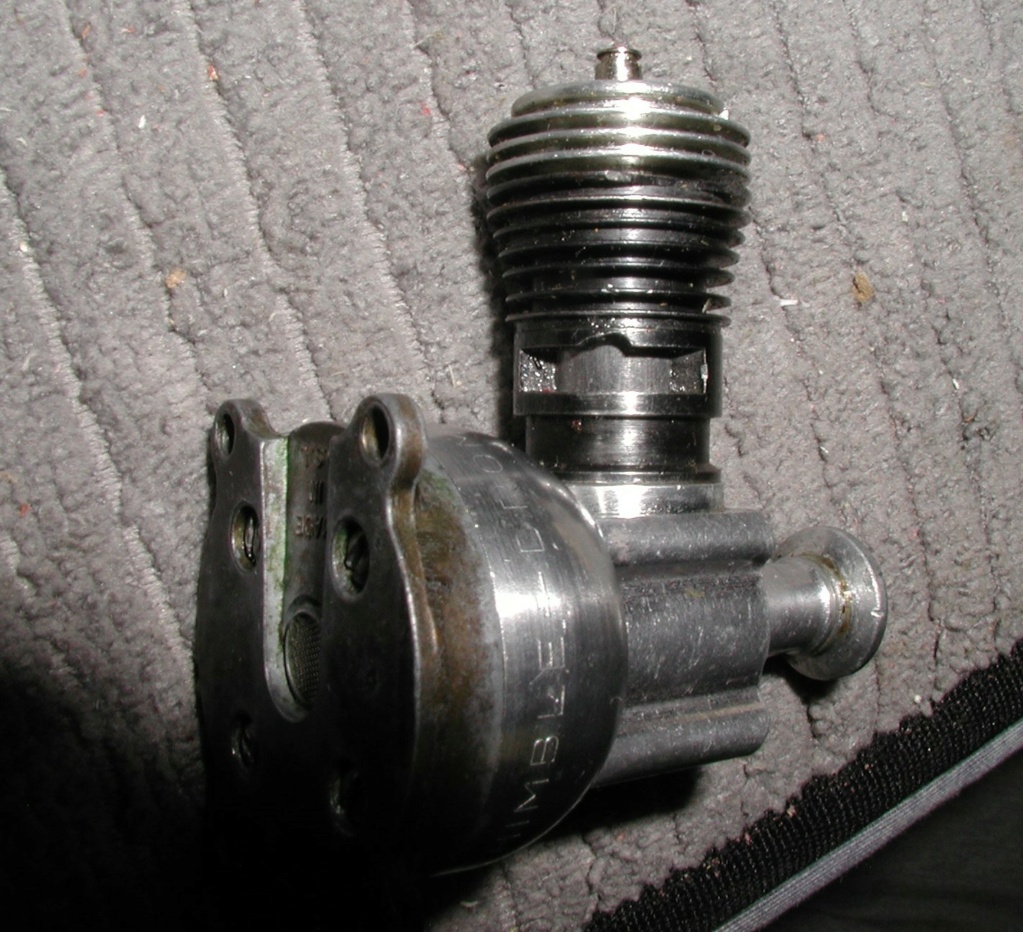 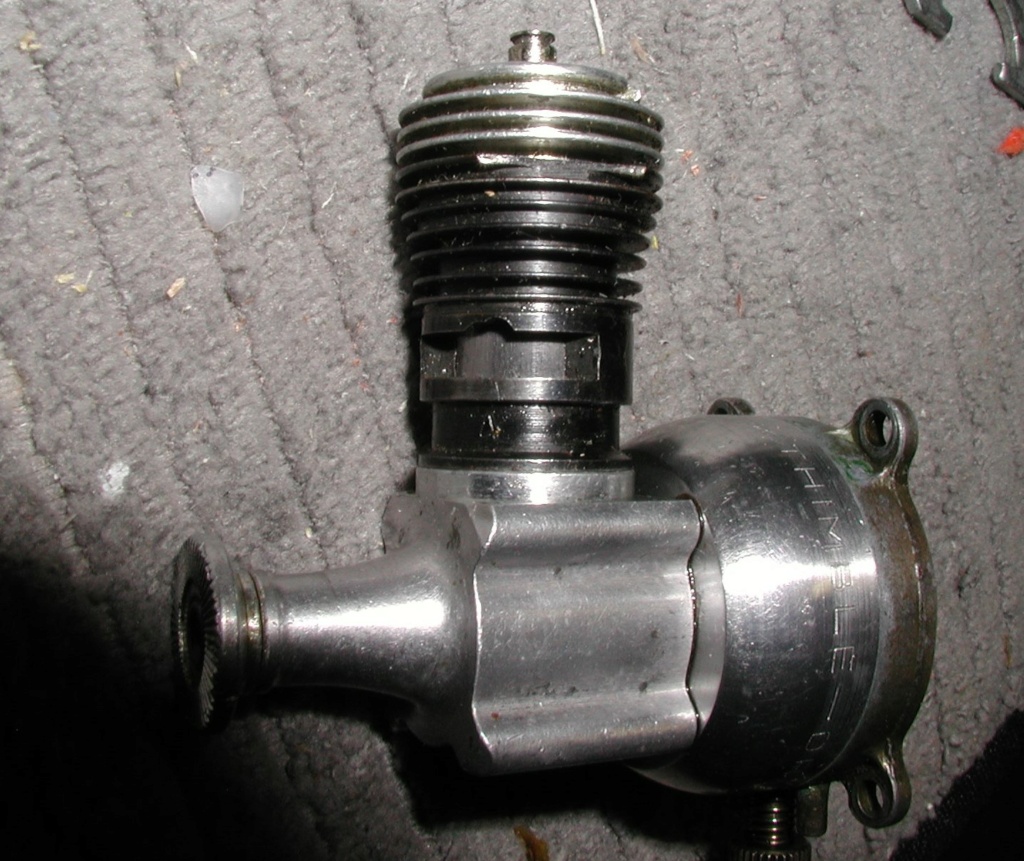 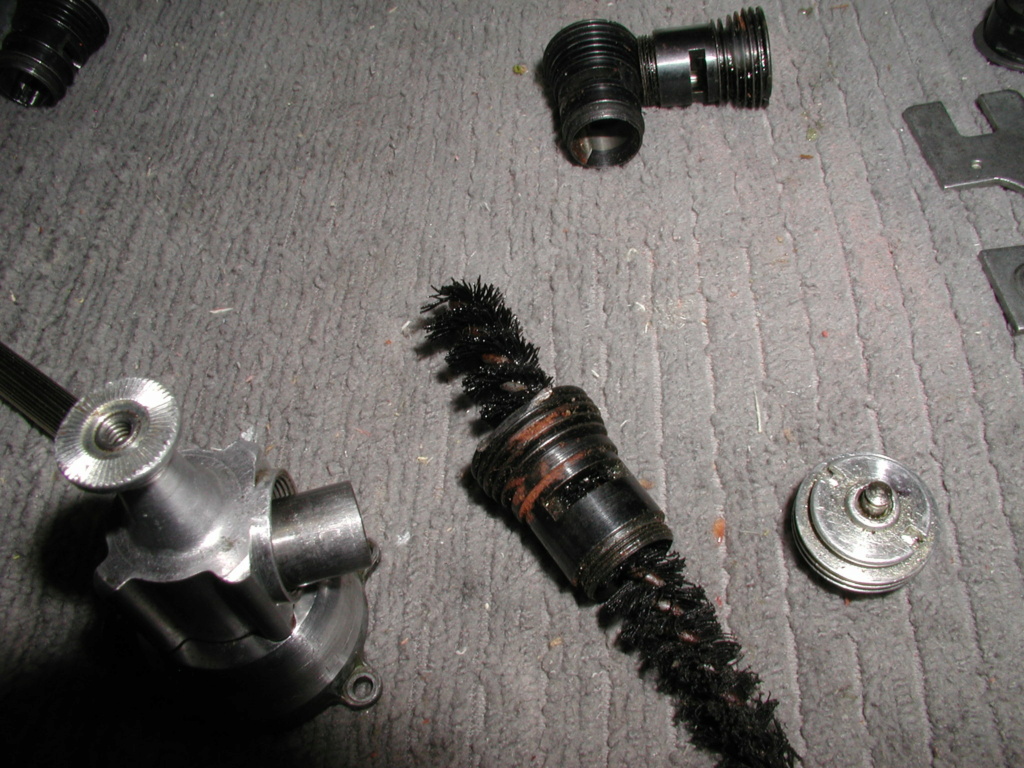 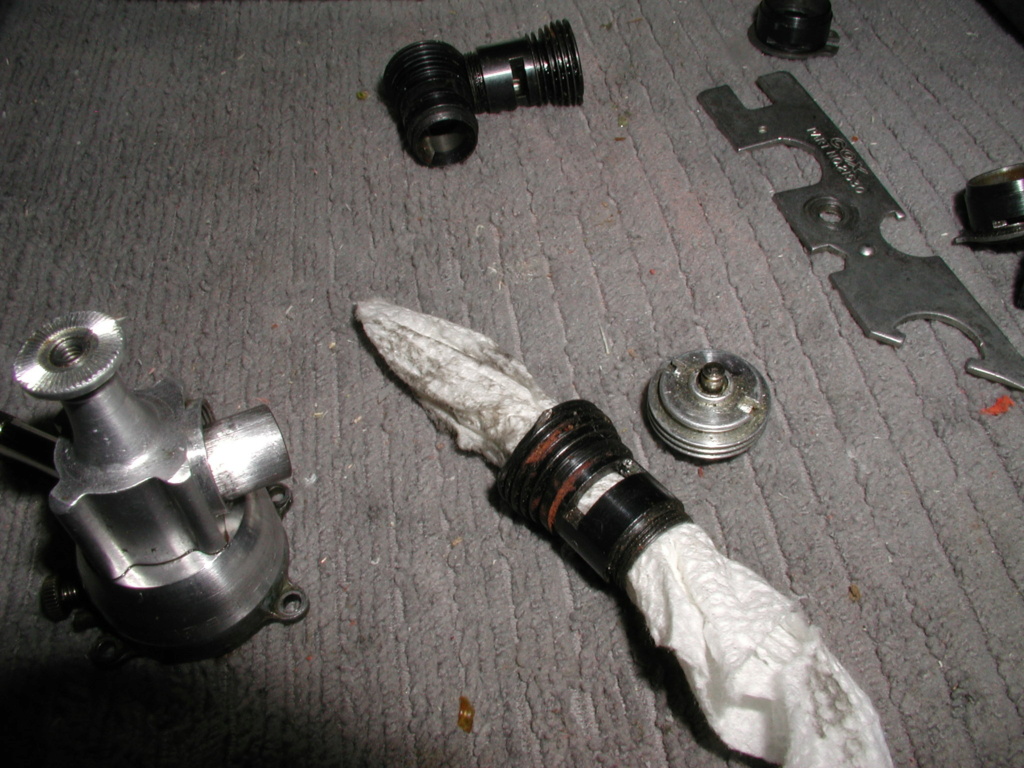 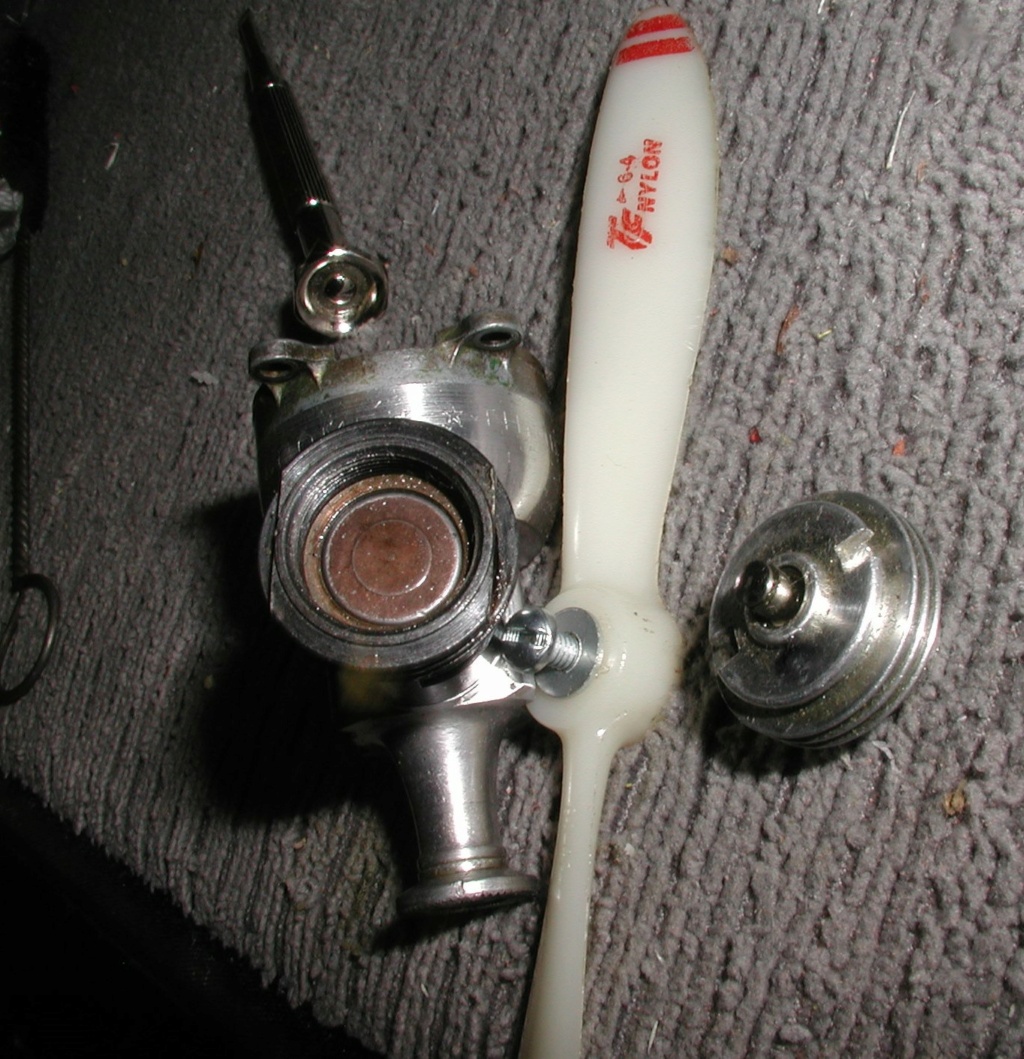 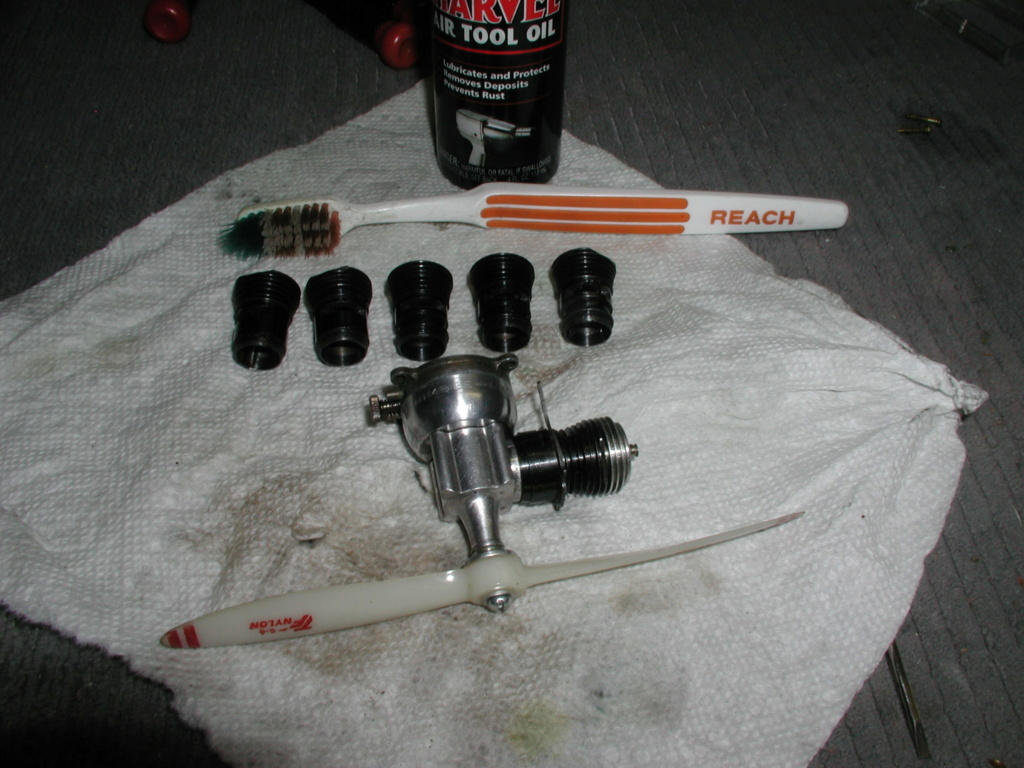 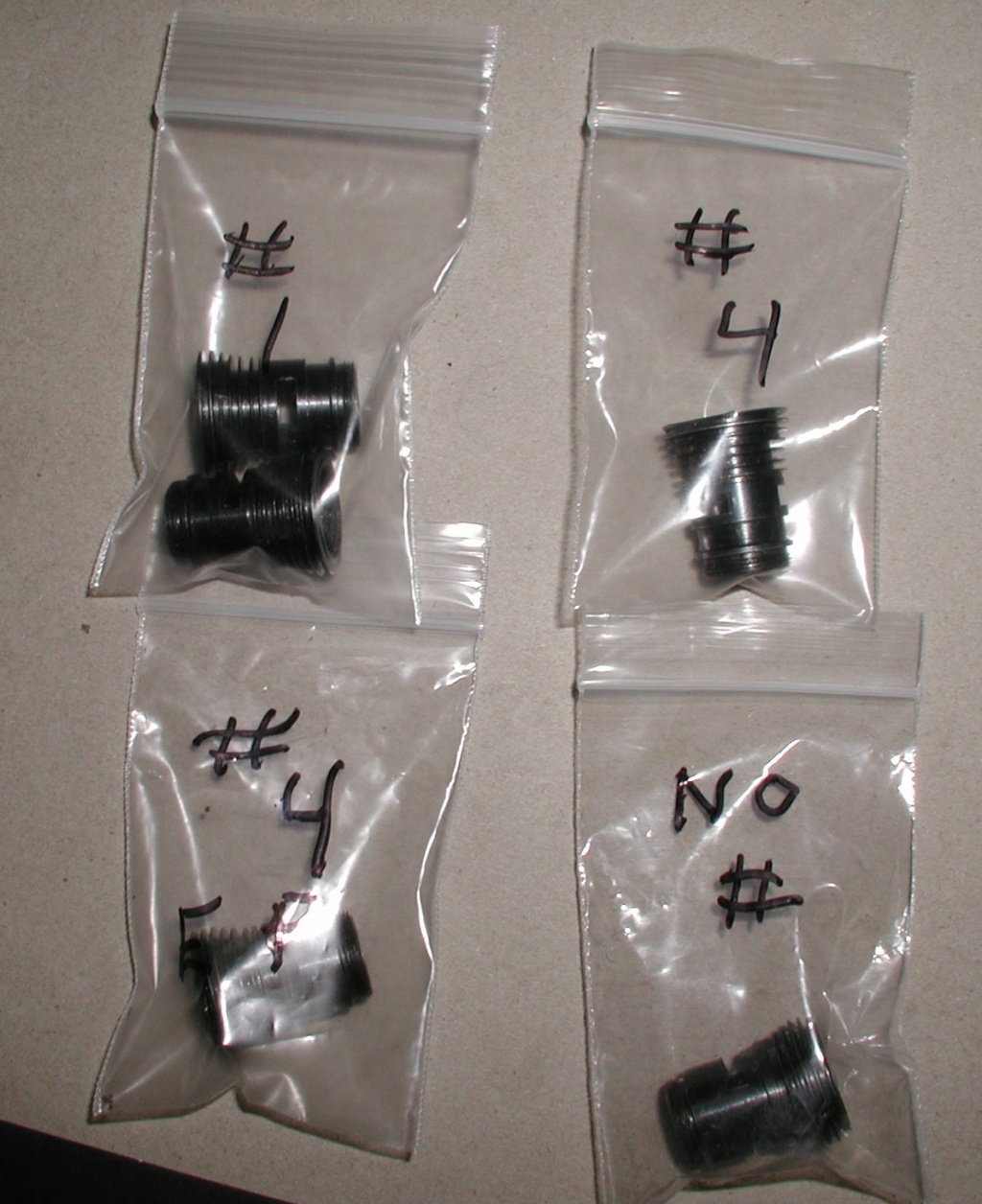 Doesn't matter, Prop Rod gets the blue tanked SB Jr. But, I will put one of those cylinders on it's engine, maybe the one with the altered exhaust port and run it just to see.

Strange modification on that cylinder I wonder what the performance of this engine is... Are there two bypasses or one