Log in
Search
Latest topics
» My Flying Spot
by Yabby Today at 5:31 am

» Half A Scorpion More than a Trainer
by Yabby Today at 4:23 am

» Ace Littlest Stick
by HalfaDave Today at 3:19 am

» music vids.. some of your favorites
by HalfaDave Today at 12:02 am

» Got the modeling bug this past weekend
by Yabby Yesterday at 7:20 pm

I'm browsing the internet and I find this video, I want to share it here, in the great Cox team, because it's beautiful to feel the emotion that the author transmits to us, I just want you to see it and put yourself in his place, it's beautiful what happens to this person.
I'm glad a little Cox gem brightens our lives!
LONG LIVE COX!

I really like seeing low level passes. It's just too cool. I would love to do that myself. I keep telling myself I'm going to do r/c.

Awesome plane and great piloting…. Amazing what the small .020’s can do….
Thanks for sharing!!!

Man that guy was having some serious Fun!! That was even fun watching as he Did have a Good flight like he was saying , Yes thanks for sharing help make my day ! Raining here but 68F so not bad but Humid ! Mauricio can you understand English ?

Eric, my friend!...I don't understand English, although I can understand some expressions, I don't speak English either, that is a pending debt, I would like to have studied a few years ago.
Anyway, the video has a mechanism of subtitles with translation and that is where I can read exactly what the author says. But, what does not need translation are his expressions, that is, the way he expresses his emotions, that is a universal language that we can all understand, there is a lot of joy and well-being there, something that is transmitted in any language.
I love this forum and I am very happy to share emotions here.
Hugs to you and all the friends of this forum.

Never too late to learn. I had 2 years Spanish in high school back in the very early 1970's, but never used it until recent. Took 2 Spanish classes at the local community college, so I could relearn. They teach here Mexican style Spanish. The language is very expressive, Seems those from Mexico City speak the fastest, by the time my 68-yo mind figures out what one has said, two sentences have passed.

Learned also that what words say isn't necessarily what it means. Odd how "viejo verde" (green senior) gets translated to "dirty old man".

I guess that must not apply in all Spanish circles but in some.

That is a nice rendition of the humble easy-to-build Guillow Hawker Typhoon WW2 fighter with glow RC conversion, was super fast like a pylon racer. 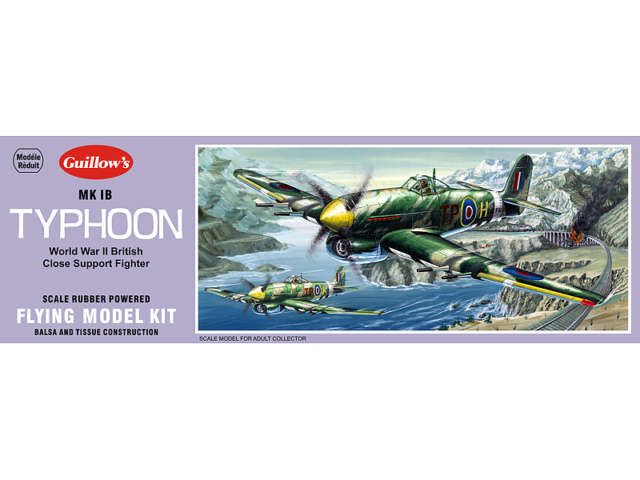 My 20" Roaring 20, a Ken Willard design that was a down scale of his classic Top Dawg sport pylon racer. It was faster than my 27" R/C Schoolboy, but not as fast as the Guillow.

That little Pee Wee was boring it "peddle to the metal".

I purchased that kit not long ago, to build one of these days because it is easy to build. Plus, one could upsize it for R/C or C/L with its simplified construction.

I love watching that guy fly his nitrophoone . It cracks me up how excited he gets!