Do you count only the completed engines as part of your engine numbers or also how many more you could assamble from the parts pile?

Reason for asking is that i just recalled that when estes dumped the sure start engines for cheap (8 usd ish if i recall it correctly) i got 10 of them.
Back then they where stripped as parts source but since 2 have been rebuild/ ran/ broken in.
So should i include the other 8 as engines  in my collection stats or not?

Seems to be no hard and fast rules.  Some include their vehicle cylinders, hey, a V8 counts for eight.

I counted mine some time ago, blew past 600.  Still a small time guy compared with many here. 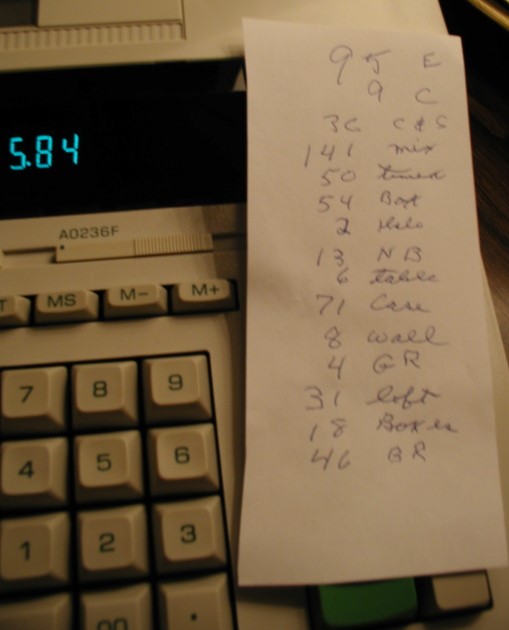 My count, and take on this subject:

If a hobby engine runs, it counts (ie: any prop-spinner that requires only no more than NVA clean-out, plug replacement). Even with this example, I stopped counting as I continued collecting.

If as a piece of a larger machine, but non-running for some light work, it counts. Example: the 1965 Honda S-90 that requires installation of wiring harness and engine....both sitting next to the bike. I never counted the spare engine.

The totalled 1971 Triumph TR6 waiting on frame selection and tub repairs doesn't count despite 3 running engines between the rolled body, the engine test stand, and the ground-mounted, but running engines.(shoot, there is another 18!)

I never counted the lawnmower engines even though the rider mower bears an oversized engine I grafted in (21 hp single replaced by 22 hp twin). Nor did I count the chainsaws or the weed wacker I maintain/use...who cares about those?

BTW...The Piston Police slip into your house and hobby room/garage in the middle of the night while you sleep. If you are caught lying, it appears on the CEF blotter report, and you get banned until you come into compliance.

Pictures go a long way to validating your numbers...this saves on glow-fuel required for the Piston Police to check on you!

In short, if you maintain it to the point that it runs with little effort, and it is worth bragging about sharing, it counts. Show and tell is the best answer...count while telling.

O.K.
Since we are comparing engine collections, I have been going thru all of my model plane engines.
From Cox, to McCoy, Fox, O.S., PAW, Super Tiger, Webra, to my Enyas.

Since the pandemic I have been going completely my collection of Enya engines.
Getting mufflers, throttle valves, new boxes to replace the boxes here I threw them out, so all of my Enyas have a place for storage.
Also, cleaning and freeing up the gummed-up engines and carefully storing them away correctly.

Included with the engines are the sales receipts I always kept with all of my engines so I know what I paid for them and gives me a base line as to what I would sell them for if used or still new in the box.

Over time some of the receipts have started to fade but still readable. That got me to thinking to sort through my Enyas and get then into a spread sheet.

By the way, I have at least (almost) one engine of each that Enya has made over the years.

I should have done this with the other engines from the start.
I will, but I'll have to now dig them back out and make a data sheet for them loke the Enya sheet.

I know I have somewhere of around one thousand engines total?

I haven't counted mine in a while, pretty sure the number is less than 100. Mostly Cox, maybe 20 others. I have sold or traded some of my non-Cox engines lately, and I am only keeping the most interesting or usable ones (PAW, G-Mark, some Enyas, an O.S).

I only count complete engines, plus "project engines", that are reasonably complete and only need a clean-up. They may miss a glowhead, a needle valve, a screw or something, that is easy to replace. Parts engines are not counted, nor are the parts in the pile. Usually there is a reason why an engine has ended up there, i.e. a critical and/or unobtainable part is terminally damaged or missing.

I only have counted the engines that are ready to run.
Unstuck, clean, no problem engines.

I'm not even going into how much it cost to get the replacement parts for them to getting them back in to "good" condition.