This is probably the second worst engine that I have ever bought. Not this one ( I couldn't resist reminding myself!)

The first time I landed it from control line (and it was a smooth landing) the crankshaft together with the crankcase bent. It was a monstrous flight, underpowered!

If you look at the advert below - you will see it was converted from the DC Dart 0.5cc diesel. That powered the aeroplane perfectly. 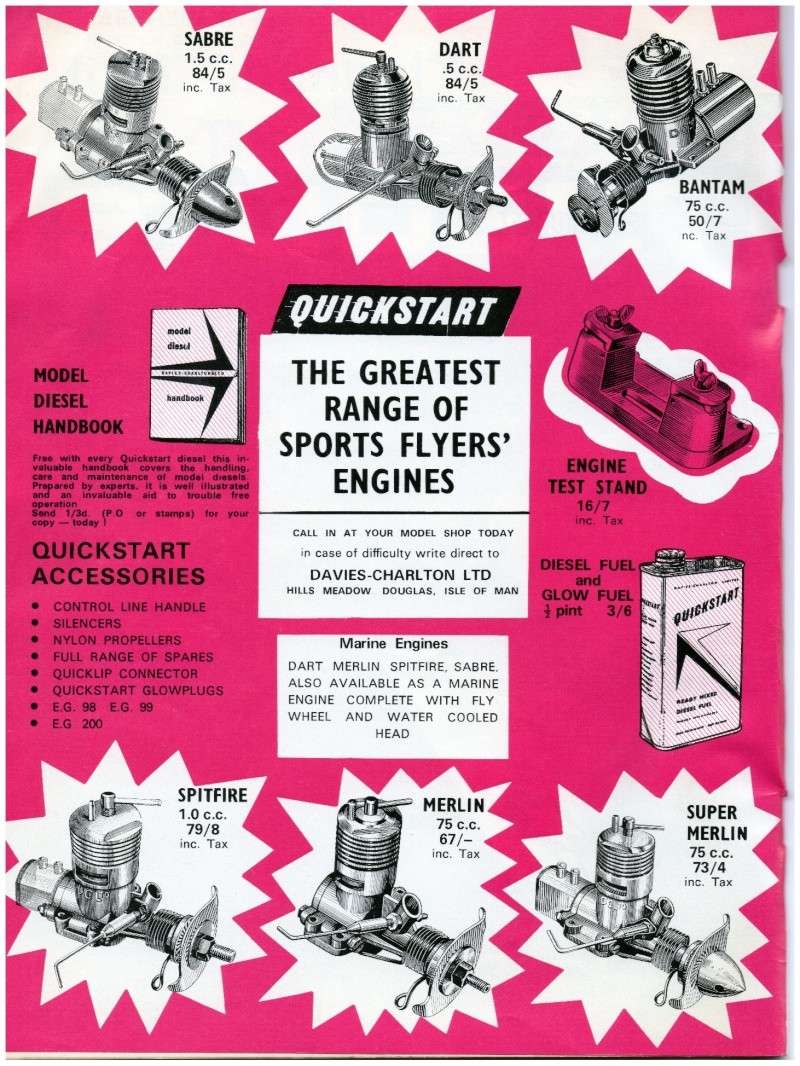 This is my orignal posting from my introduction

"The first engine I bought new was the ubiquitous DC Bantam. Underpowered and flimsy. It didn't last long. I used it in free flight for a while as my Dart was clapped out and I found it a pain lugging round an accumulator (2v lead acid battery). No rechargeable or fancy batteries then - only Ever Ready carbon batteries that didn't last two minutes.
I put the Bantam in a profile fuselage flying wing (I think it was a Snipe). It struggled and on landing (no undercarriage) the propeller didn't level out and the crankshaft and crankcase bent! The crankshaft snapped on straightening and I was not amused! The Bantam put me off DCs from that point on although I have a few now that I have restored."

Never seen a bent crankcase! Usually crankcases break at the mounting lugs or carb body. The OS 40 FSR had a bad habit of breaking the exhaust out on rough landings.

I love old adverts....... Very easy on the eyes as there is not so much going on.