Came home from the club meeting with a free Fox .35. I was hoping someone could help me identify the year/era. No reason other than curiosity. 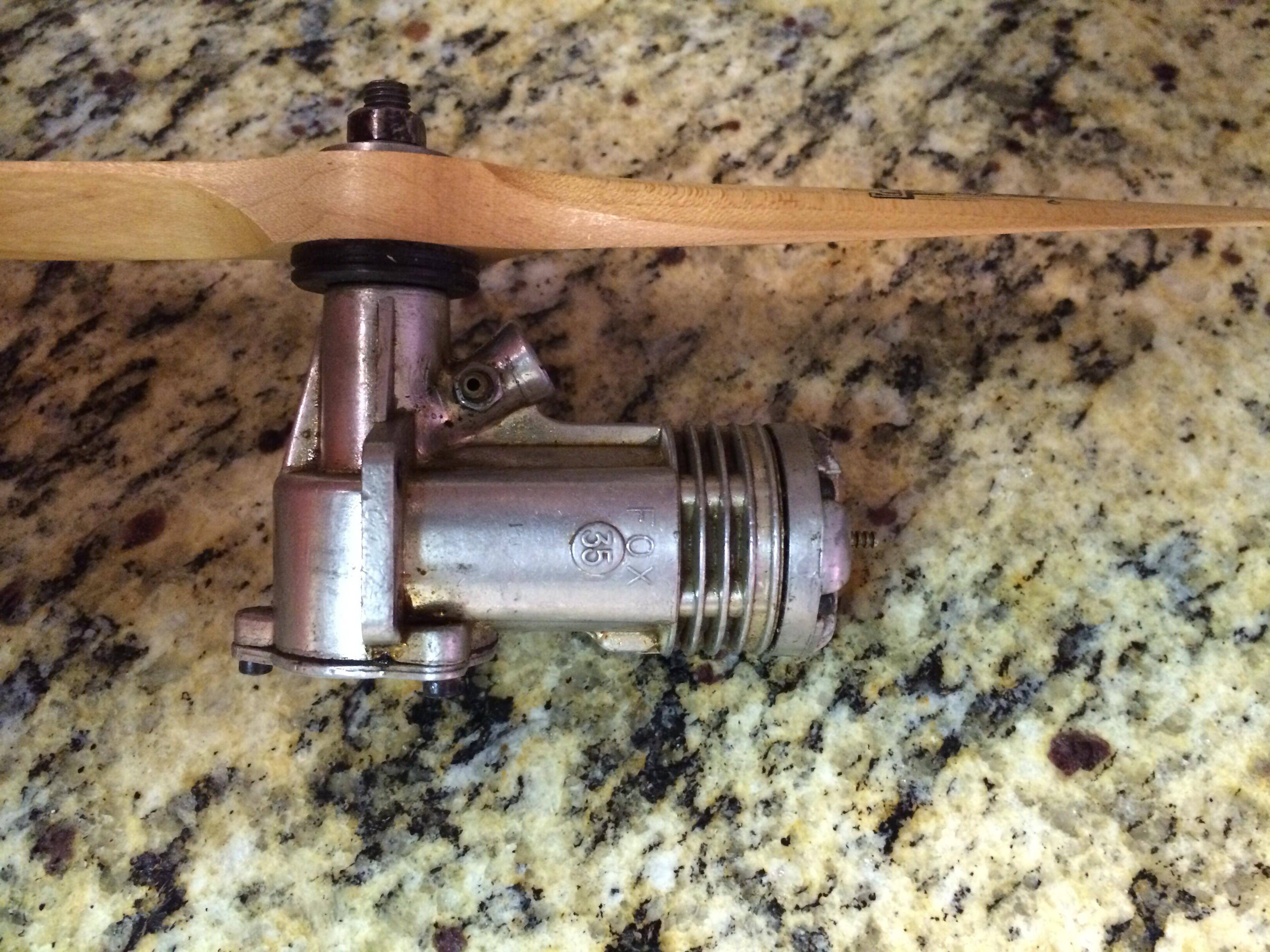 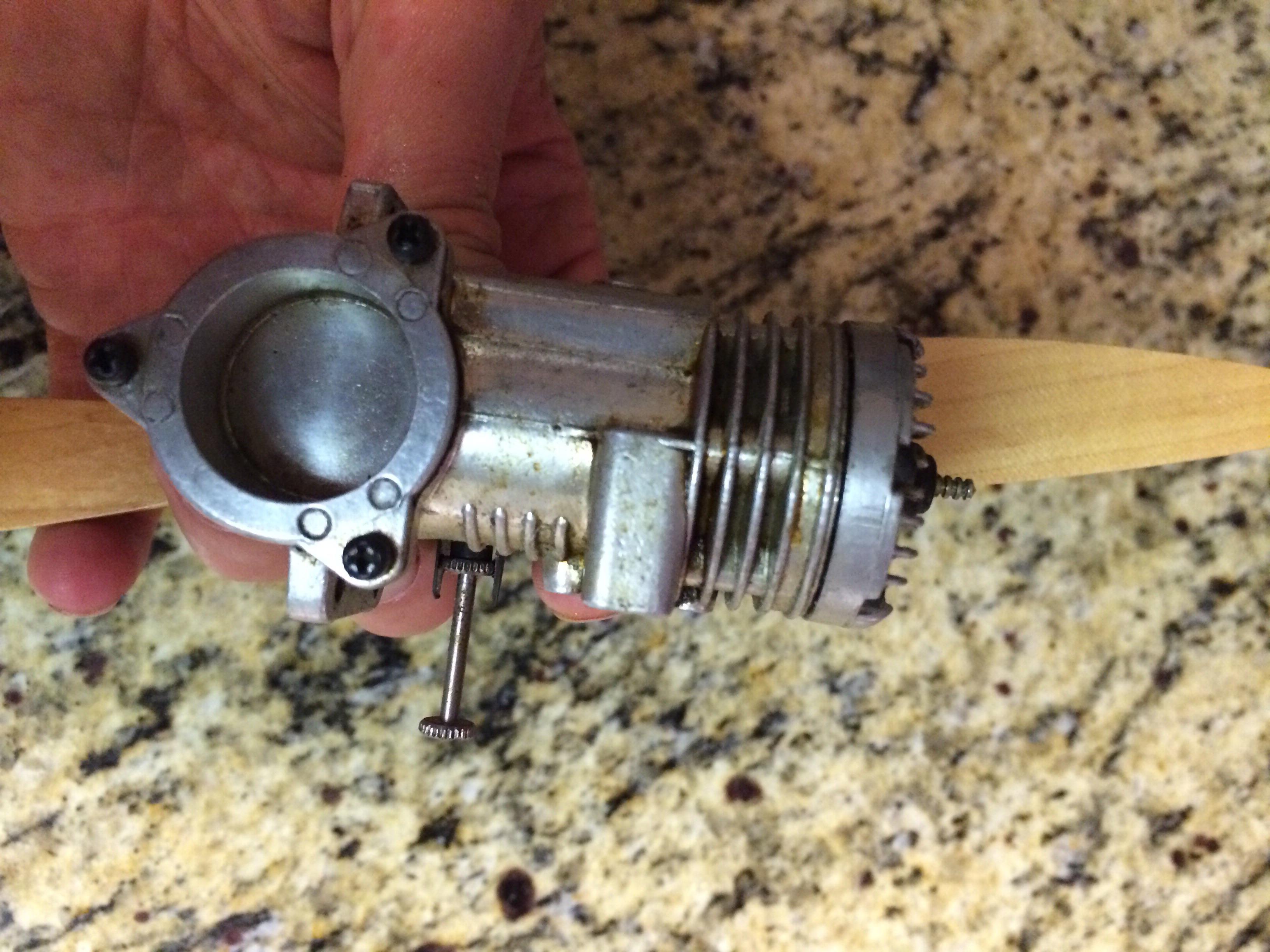 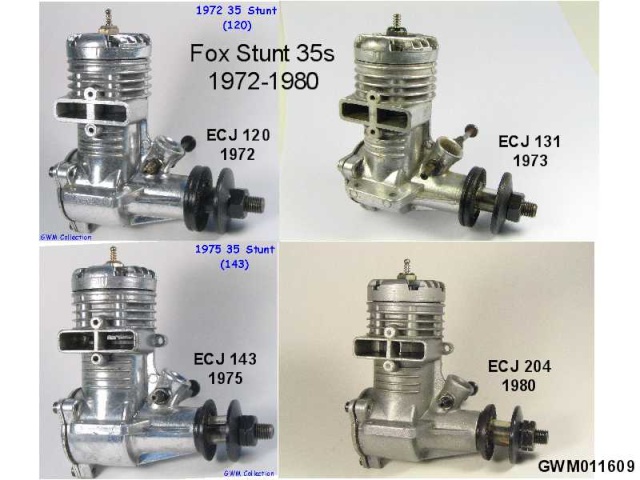 It is hard to tell from the photographs but if it is of the 1973 variety then the exhaust stack and associated bosses will have been machined (faced off) so that they are flush with the cylinder fins.

While those pictures depict what appears to be that year engine, I think it's incorrect. For starters, Jim has the wide bypass Fox.35. I don't believe the 1973 shared the wide bypass case. The pictures shown here don't reveal the other side of the engine. Seeing I got rid of all of my non eared Fox's for muffler lugged versions I have none to compare.  In addition, the determining factor on Jim's engine is the raised .35 logo casted  on the bypass. I don't believe the 1970's engines had a raised logo and the 70's  were the start of the shiny case Fox .35's with the words "Fox" only on the bypass. I would say Jim's engine is older. Ken

The 1970 Fox 35 was the first appearance of the silencer mounting bosses - except they were undrilled.

1970. Like 1968 but with undrilled mounting bosses. Liner ports shortened. Tapered flat on needle.

But - you never know with an old engine - parts are swapped. Especially if you do a Ron and have a penchant for landing upside down on concrete.