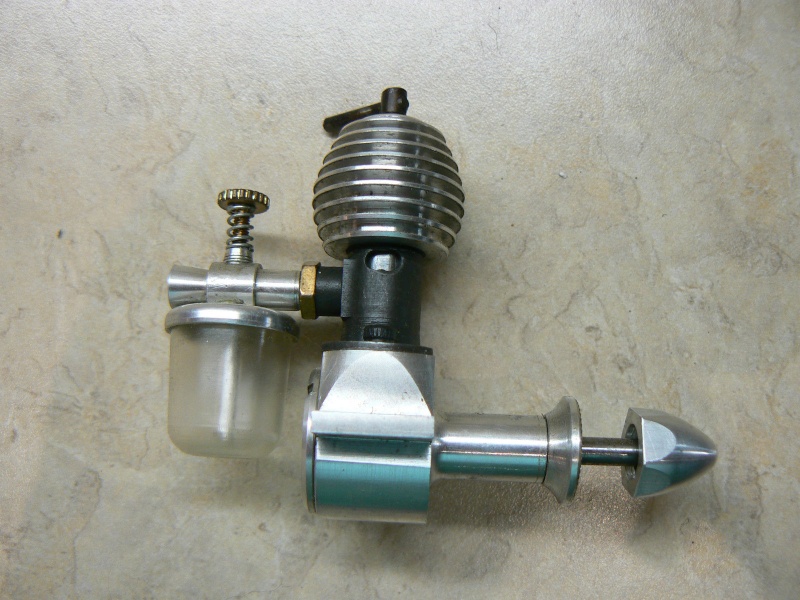 This all I have is a pic . Thanks , Eric

The engine looks like a Mills diesel. I certainly could be incorrect on this but I believe CS (Chinese) was making some copies of certain diesels like the Oliver Tiger. Ian would be most helpful here. Of all the Mills diesel engines I've seen the case was a black finish where yours is mill finish. I would like to know myself. Ken

i dont know what engine it is

but i know it looks realy nice

I don't know either, but I would like to have one.

It also looks like a Mills 0.9 diesel to me.

I would suggest home made. It's certainly "Millsish", but it looks to have a separate cylinder bolted to the case. Mills were cast in one with a sylinder sleeve. Nice job though.

not a Mills , could nt find the knock off version

@getback wrote:the person is in Canada and I have ask him of the origin am waiting

not a Mills , could nt find the knock off version

there are some hi numbers bidding some body noes 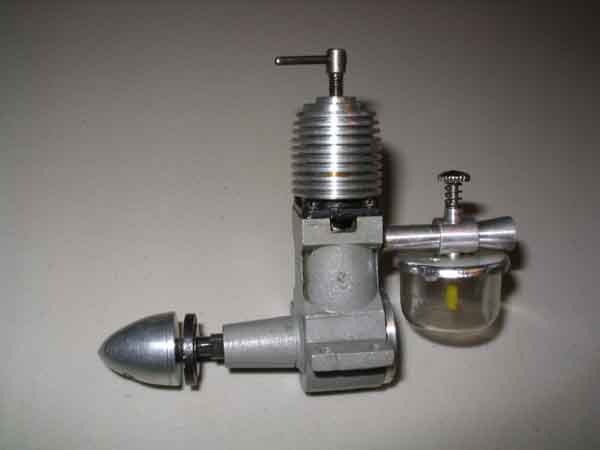 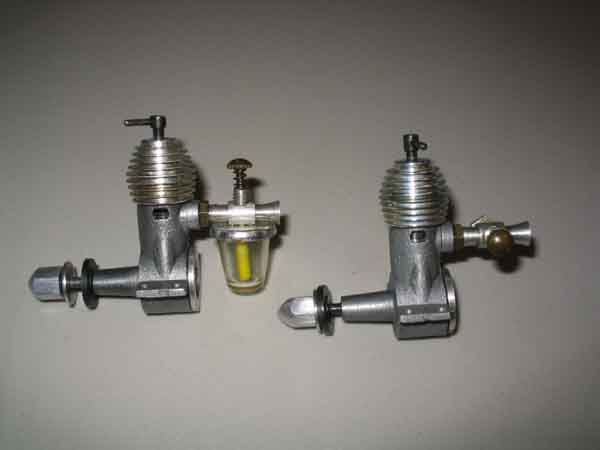 o well .. Thanks George I seen those and https://www.google.com/search?q=mills+.75+diesel+engine&biw=1067&bih=503&tbm=isch&tbo=u&source=univ&sa=X&ei=PlqHVbeXLpHeoATv-aP4BA&ved=0CB0QsAQ not the same cyl with th big head

Hi Eric
IMHO I tend to agree with Ken and George. I think it’s a CS. Here’s a picture of a CS which bears a striking resemblance to your subject, especially the crankcase. A good possibility I think. Also a link to an article on the CS company. 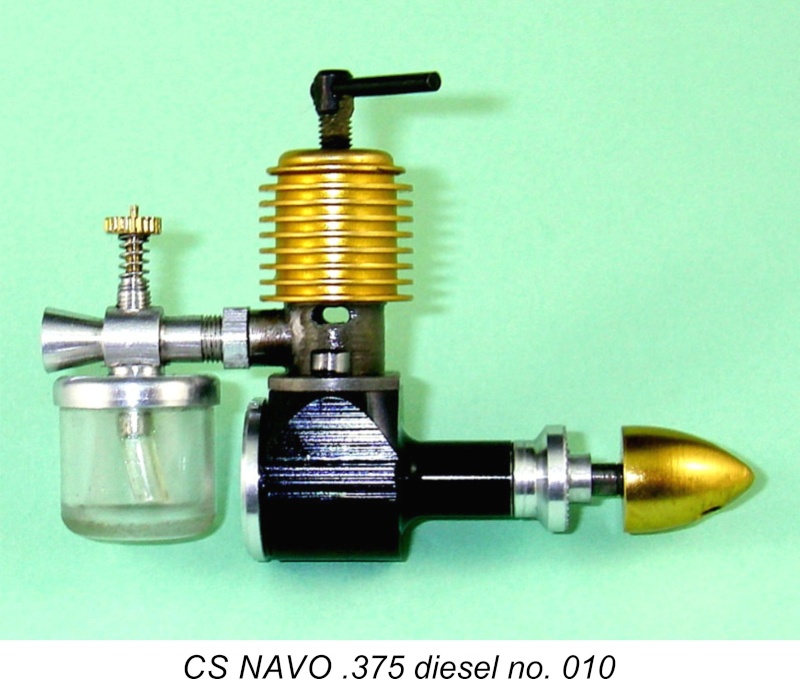 Thanks Guys here it  is and ck out his other items ..... my pockets not that deep for FUN  http://www.ebay.com/itm/SMALL-MODEL-AIRPLANE-ENGINE-EXCELLENT-/381295380174 I think if your not proud enough to put your name on it well ,, ops for got cox don't do that all the time 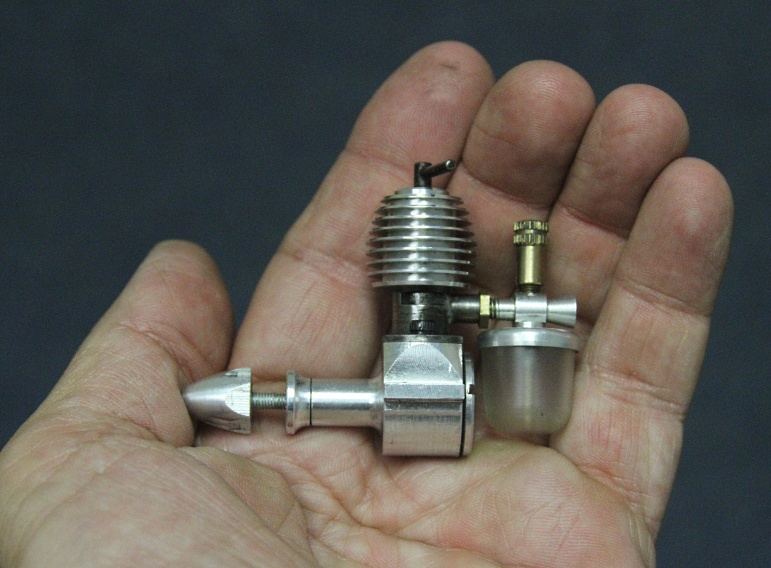 It looks like a CS Mills Navo .375cc diesel. About 100 of these were made (although with CS Engines one can never be sure!)

There is also the CS Mills Navo .375cc Special

Supposedly only 23 of these were made.

The machined crankcase on these has a square base to the cylinder head. I have only seen the round base on the little Navos.

Hello Ian , Thanks for the info is the pricing about right as I posted above what they sold /selling for ?

@getback wrote:Hello Ian , Thanks for the info is the pricing about right as I posted above what they sold /selling for ?

Not really sure for a used one.

For a collector they were originally available (new) with certificate, box and documentation for about $120 for the plain and $150 for the special.

Like most limited edition engines, they were at a premium for collectors. A used one loses value and the initial attraction.

Engines are worth what you can get for them at the time.

Being a grumpy old git, I remember when engines from many manufacturers were available and collectors were few and far between. Engines were bought to be used - the box and packaging were irrelevant (usually promptly discarded) and only the guarantee was kept (sometimes).

If you had a new engine it would hold its value. Sell it at the model club and you were saving someone a trip to the model shop and an instant transfer of ownership.

A used/second hand engine was held in the same regard. An engine that had been run in and flown could carry a premium. Someone had spent time and money on fuel to run it in and fettle it! You knew exactly what you were going to get - especially if you had seen it in action!

Engine collecting - particularly the "Mills" variety is a minefield. Aurora (India) own the right to the name and are the only company allowed to use the name Mills.

CS Engines (China)produce the majority in different formats for different suppliers. The ones produced for David Boddington are now known as Boddo Mills and carry a premium.

They produced many under the Navo name (sold directly and through specific dealers) and as previously linked for Red Fin engines.

Also, "replicas" have been produced by MP Jet (Czech).

An original brand new and unused Mills is a rarity. There are plenty scrap box and ripe for restoration but they don't command the price of the replicas even fully restored.

Value is a strange thing!