Log in
Search
Latest topics
» Just HOW do you test compression??
by Surfer_kris Today at 8:39 am

» Some Action on Breezy Hill
by getback Yesterday at 5:31 am

I just picked up a Stels .049. It came with a standard glow plug head and felt like it had no compression. I put a standard cox head on and it has plenty of compression and fired right up on prime. The needle valve is extremely loose, hoping for some input from someone with Stels experience. 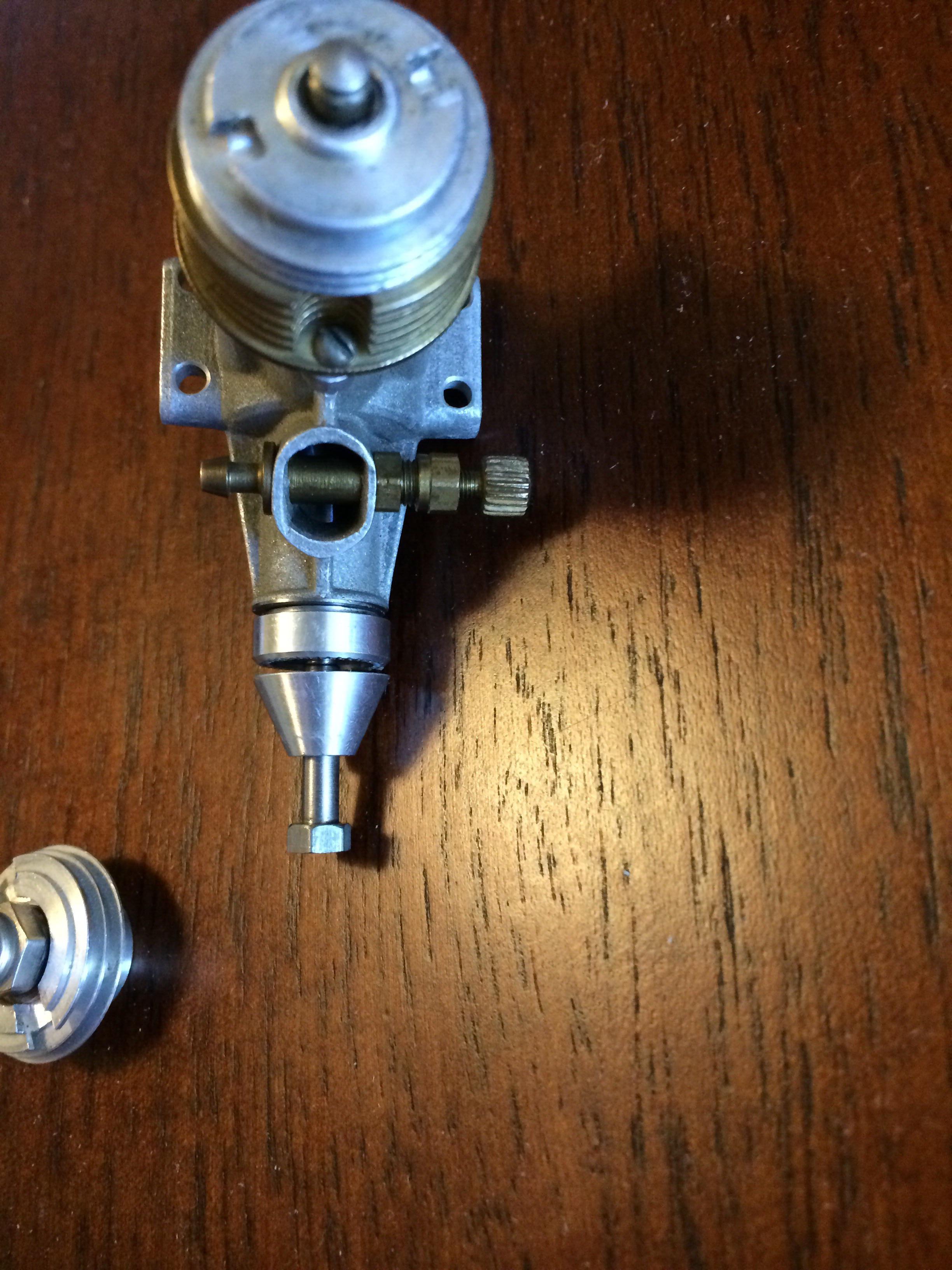 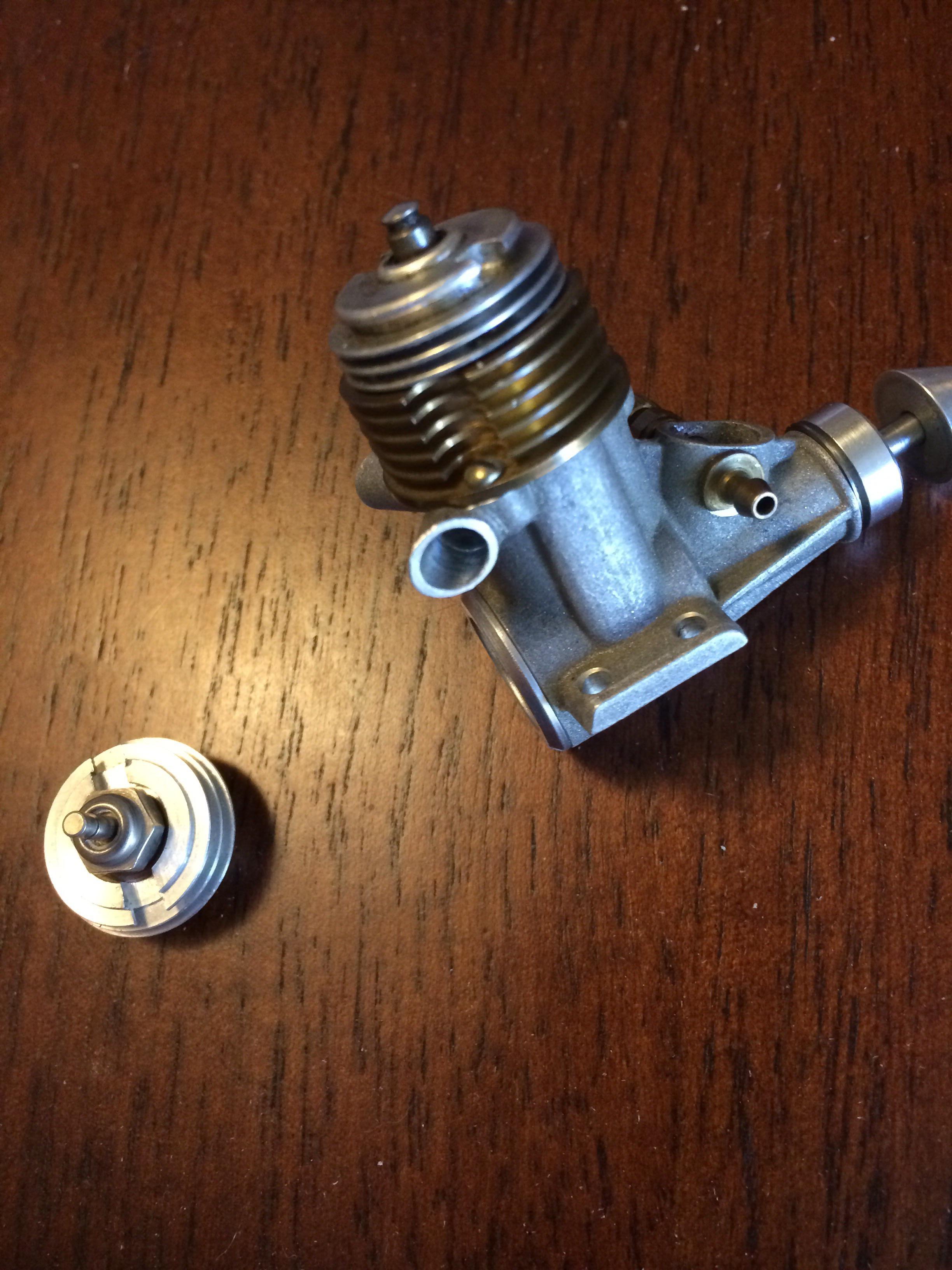 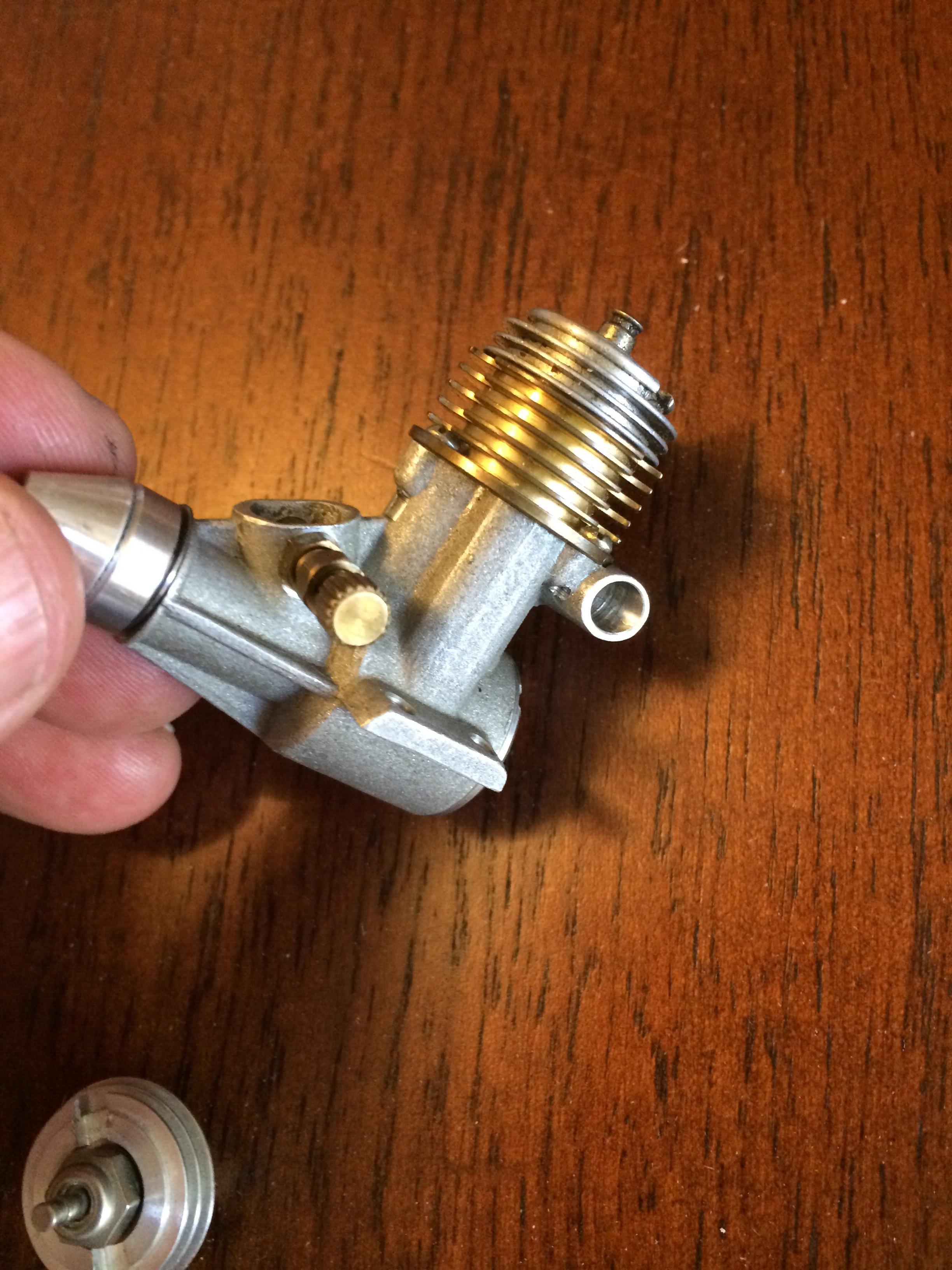 That's interesting. Dual exhaust. The case and cylinder look a lot like an AME. I wonder if it ever had a venturi. May be a pretty strong little powerplant.
Rusty
_________________
Don't Panic!
...and never Ever think about how good you are at something...
while you're doing it!

Jim I love the Stels engines. The earlier engines didn't come with plugs and the recommended prop was the 1702 Cox high compression. Stels started to manufacture there own drop in style plugs on the later variants and I have about a dozen of them. These worked good. The Galbreath Nelson setup is a good solution if you don't want to use the Cox hi comp. Here's some of the problems with this engine. It will run on bladder with the exception of that needle. It's just too coarse for a decent setting. It's either too lean or dead rich. The other problem is the rear exhaust. It will burn the you know what out of your fingers when adjusting the needle.  It will run fine on 35% but it wants to do some rpm's. I have the instructions for these and the recommended fuel for break in was 45% nitro 20% oil. It just says to run the engine until the black oil ceases to remain and then the nitro can be increased. The bathtub venturi is too large for suction. Stels did offer inserts but they too were generally too large. Your engine I see still has the three stock screws holding the cylinder flange to the case. These screws can and will break having the cylinder blow off. It's best to replace these with socket head screws which can be easily found in the r/c car section of most hobby shops. I believe the thread is 2.5 mm. It's a simple fix and a good peace of mind. These engines were designed mainly for combat and they're high quality. They don't like big props. Anything larger than 4 1/4" and the engine isn't going to be real happy. They also like low pitch. APC 4.6 x 3 works but I like to trim them down a bit as the 3 pitch holds it back. I like to use a Cox black 5x3 cut down to 4" and even less with the tips smoothly rounded off. Great engines and they made a side exhaust version of these as well which are just wonderful to run. I have the larger .15 size twin horn as well. Ken

I found this, Looks like it may have been a diesel. 6th engine from the top.
http://www.mh-aerotools.de/airfoils/cox_smallengines.htm

That's what I thought, I tightened the nut but still loosey goosey. I'll probably retrofit a postage stamp needle.

Ken are those the same size screws that hold down the AME and Big Mig cylinders?

The needle valve assembly can be replaced with a 128 tpi spraybar but the hole in the case of the Stels is very large. A Driskill needle will fit but even the Driskill needle isn't as fine to provide the same adjustment. A Fora needle would be the cat's meow if you could find one. If you do use a Cox just have a bushing made. Another thing you will be faced with after a Cox retro fit is the length of the spraybar. It's not very long on fuel line side.

Rusty, the screws are the same thread and you could increase the length a few mm for added holding power. The Big Mig however used a much larger slotted head opposed to allen cap screw. Revlite engines use a large head screw and the pre revlite engines used a screw similar to the one Jim has on his engine. Doug Galbreath who is known for his free flight activity would automatically switch out the screws if you sent him the engine. Ken

That's what I thought, I tightened the nut but still loosey goosey. I'll probably retrofit a postage stamp needle.

One thing I've noticed with those older jam nut style nva's is that if they were tight, and lots of adjustments were made, then the brass starts to wear. The "shavings" end up in the slots. The nut gives the excess metal no where to go.

Take it apart and run a razor saw in the slots to clean them out. Then reassemble and try again. Should fix it up nice. That way there's some squish room in the spray bar slots again