Log in
Search
Latest topics
» The Strato Bug -Identifying originality
by jmendoza Today at 9:28 am

» Anyone Know what this is?
by Marleysky Today at 7:27 am

» New jerobee running video- I’m back!
by Lukemiester Yesterday at 6:59 am

» music vids.. some of your favorites
by rsv1cox Yesterday at 4:33 am

Tell me about this K&B 40 please

Tell me about this K&B 40 please

This is being offered at a local auction site, it is said to be from the '60s, in good condition, very little if at all used. Obviously missing some parts. Starting at 25€.

I know next to nothing about K&B's. I surfed to the Mecoa site but the K&B engines there looked different. Sceptre flight site has a review of a Series 70F R/C engine that looks a lot like this one.

How is the spare part availability for these engines and is there a C/L venturi setup and a muffler available? Would it be a worthwhile modification?

Here's a couple of pics: 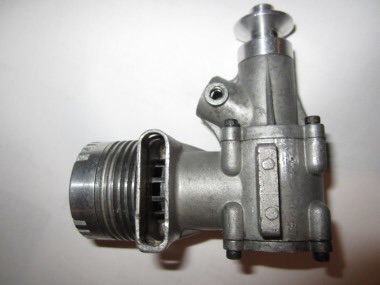 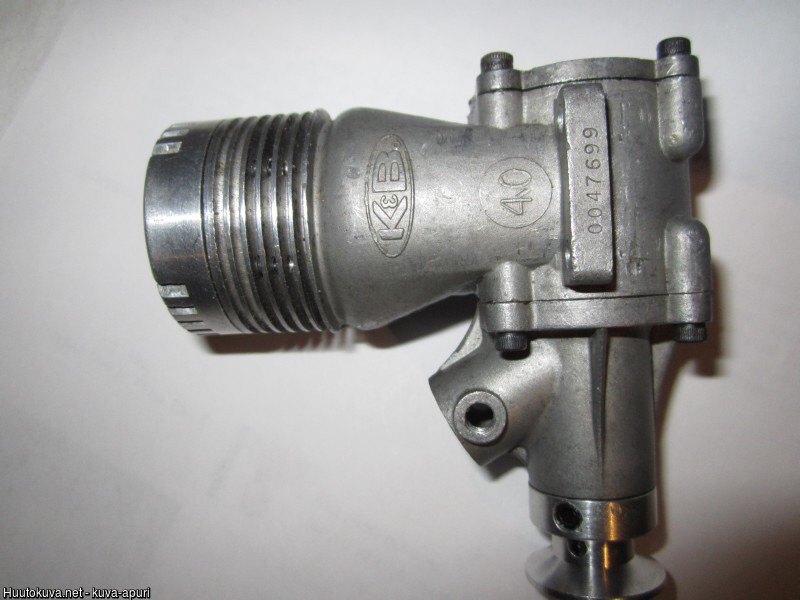 I run one in a full fuse Twister that is set up for CL. The engine runs strong and likes wide tip props. Does a pretty good CL stunt run.

It should be a ringed engine and the ring can be replaced to restore compression. I'd say the price is relatively high for what it is.

No muffler provisions on the case so you would have to use a strap on. Looks like that one was RC at one time.

Kari, the engine looks a lot like this engine: 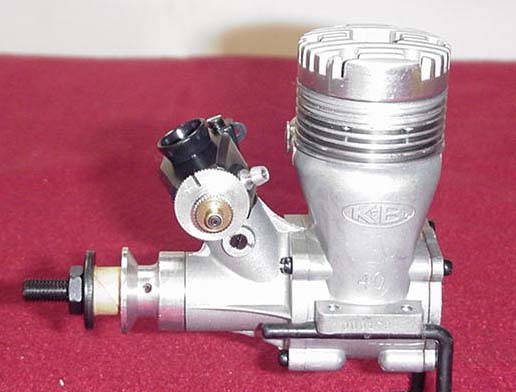 This picture comes from the Mecoa site. It's model number 8011

There is an exploded view and a parts list.

These engines aren't worth much. You can get one on eBay for $30 or so

I have an rc carb for it if you're interested. Maybe a muffler too

OK, Thanks guys. Maybe I'll pass for now. It has been listed and re-listed a few times already, and since it would need additional "investments" of maybe 30€ Or more for the venturi and nva, I'll probably be better off with another, complete engine that might show up sometime.

Dht, Thanks for the offer. If this one becomes listed for a low starting price I would probably be interested.

I have three of these and most of the parts are still available. All came as parts engines and I've managed to assemble two runners. As mentioned, they're not worth much but still a very good engine with a good reputation. They seem well made and it's handy being able to reverse the crankcase to place the exhaust on whichever side you prefer. Mine are both the early Torpedos, but the same engine. Later ones came with a different front housing, crank & prop driver, as well as mounting provision for a muffler. They come in either ringed or ABC. First time I tried to run one I was pretty disappointed with the compression and couldn't get it to start easily. I found that this is fairly typical of a dykes ring. The ring has little tension to seal and relies on compression pressure forcing the ring out against the liner. One little blast with an electric starter and the thing bursts into life and runs quite powerfully.
I also have a couple of K&B sportsters, a .20 and a .28. I think I paid less than $20 each and they can still be purchased new at around $90. While they are cheap and seen as a low-end "throw away" engine, mine are the nicest running engines I own. Start easy, idle and transition beautifully and run really quiet with the original muffler. They are AAC. Aluminium bore & piston, with the piston being chromed.

My ultimate project would be a 337 Skymaster with the .28 in the front & .20 in the rear. Engines are identical externally.

There's currently this one.
Torpedo .40- ebay

And this.
Another ebay Torpedo

Back-in-the-day....(mid eighties) the K&B .40 R/C was a hot rod and the most popular Q500 engine out there, as well as boat, ducted fan, FAI, etc.! But, soon the imports took over and K&B became a lesser brand, much like Fox, and both probably somewhat deserving.

Rod, Mark, thanks for the additional info... You make this sound more and more tempting

I also remember reading about K&B's in the '80s, way beyond my means at the time, but they had the "hot rod" reputation, especially in speed or pylon races. Never saw one in person. Since this one is not very expensive, I may make an offer, especially if it is "practically unused" as the seller says.

The ones on eBay get expensive when the shipping is added, and both of them show the eBay program that is not very famous for actually getting the engines delivered

Is there a manufacturer or a supplier for venturis and especially needle valve assemblies suitable for this engine?

I found the venturi but no information on what NVA to use. Do these guys use a standard NVA such as a Super Tigre one, or does the venturi come with one? If it does it's real good value at $10.

Jim can supply you with a needle. They're similar to a Tiger needle but he also has at times offered needles and spraybars typical to a Randy Smith needle which is all stainless body and brass collets with a Teflon insert inside the collet. More like a museum piece rather than a needle valve. RSM Distribution aka Hobby Products can also provide a aftermarket needle. Mecoa also provides the old standby K&B universal spraybar and needle valve for $18.50