Fora make some remarkable but expensive engines primarily for the more specialised fields in aeromodelling. However, they have a range of reasonably priced engines which, although not race tuned, are a shade better than the average motor and they are very easy to start. They are amongst the easiest I know to start and set.

In the typical diesel class I would always recommend a PAW in the UK but Fora matches these. They are built to a price though - I wouldn't recommend "souping" them up - leave these engines as they are - for the price (well, what I got them for from a contact in the Ukraine and no duty!) they are excellent.

While I would normally post this in either diesels or glow engines - this range includes a convertible.

A while back, I posted a picture of a Fora 15 Diesel - this was one of my Fleabay bargains. When I came to run it up, it was disappointing and I put it to one side after reading  a Sceptreflight review indicating that there was a problem with the intake timing. I added it to my ever increasing list of machining jobs but it wasn't necessary. One of my contacts had read the article and commissioned a new crankshaft from one of my engineering pals and had gone for 45 deg ABDC and ATDC. Mine was 45 deg ABDC and closed ATDC.

My pal sent me the "old" one and it was 35 deg ABDC and 35 deg ATDC - I think there was a bad batch as I installed this and there was a noticable increase in performance. I then sent him my "old" one to machine up and pass on.

Why am I rambling on? Here was an engine that I would have dismissed but had potential and I only gave £11 for it! I then picked up an identical engine for a song and kept it as a shelf queen. I also get a little tired of engine "reviews" on forums that slate engines that are fit for the purpose for which they were built but don't meet the users expectations. There is a distinction between "hobby" engines and the competition engines that Fora produces. This is also reflected in price.

I passed the original engine on to a "beginner" and here came another lesson in an engines idiosyncrasies. I bench ran this engine - it became a prime and first flick starter, back off the compression as it warmed up and no need to touch the NVA. Running it in two minutes - slightly rich and then a cool down - about five times - then full monty for four or five five minute runs. A lot quicker than a PAW!

However, what I hadn't realised was how efficient the head was at keeping the engine cool and, not being an IC engine flyer, it came as a surprise.

Unlike most diesels where you would back off the compression slightly before flight - this one required the reverse. Once in the air, the exposed engine cooled down compared to the static run and slowed down. I didn't witness this but have it on good authority - so the compression was increased after the engine had warmed up before launch.

The lad's grandfather (I must point out that he is older than me!) is a vintage model enthusuiast - he builds the models and his Grandson flies them. I supply the engines. Perfect arrangement!

It was flown over and over again in a Vintage Dominator and then a slabby Peacemaker. Quite a few hours of flying.

Then, Grandad decided to build a KK Pacer.

In the mean time, during the course of flying - they had reduced the oil content of the fuel and increased the proportion of synthetic oil. This had released more power to the engine and gave it a much cleaner exhaust.

For the Pacer, the venturi was bored out slightly and dropped to a 7x6 propeller. On the first flights, the plane was on its third refuelling and the engine came to a catastrophic end. I picked up the engine and it had siezed solid - I mean solid! - and the con rod had broken.  A classic overheating - confining this engine and over compressing was the kiss of death! User finger trouble!

The model survived and the engine had been replaced with an updated Fora 2.5 diesel. This time they slacken off the compression before launch.

Here is an original

There is now a newer version configurable as diesel or glow. 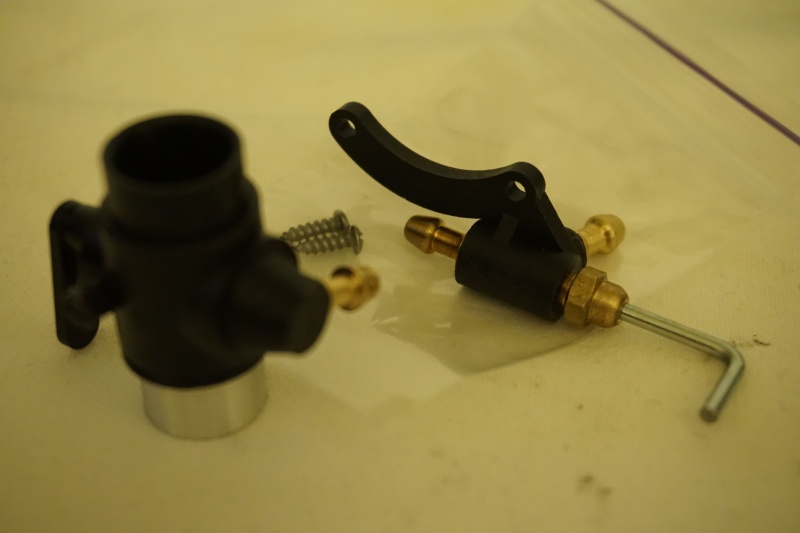 The 1.5 diesel is also convertible. The diesels are described as "push pull".

I also have the Hobby version of the 3.5cc glow

A gaggle of Foras 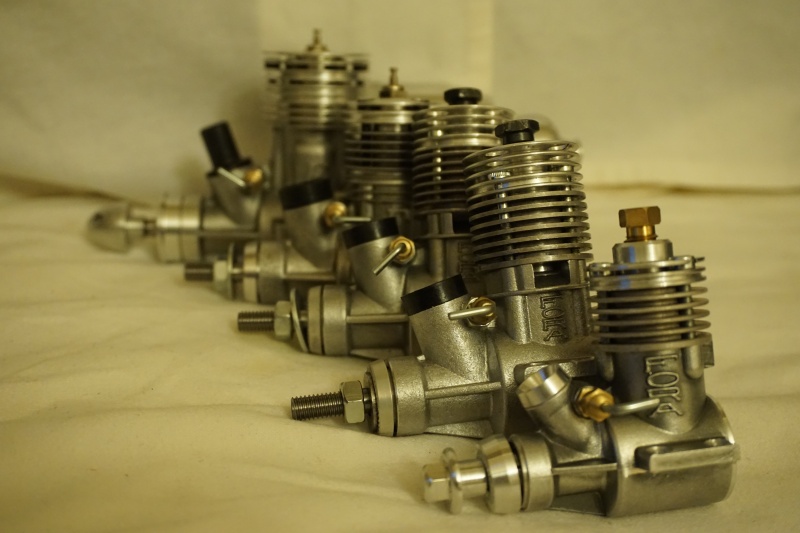 I have three .049 glow versions. I sent 2 of them new to Doug Galbreath for his magic touch and break in...not sure what all he does... for me, prime, add electrons, flip, and hold on...grin

I wonder who can or does supply these in the US

but they seem to charge quite a premium - I expect that is import duty and taxes.

@ian1954 wrote:The 1.5 diesel is also convertible. The diesels are described as "push pull".

@ian1954 wrote:The 1.5 diesel is also convertible. The diesels are described as "push pull".

There are so many similarities with Parra engines - it is not hard to guess where they are made.