Alluded to by me in another thread, I finally received this mid 1960's era R/C engine.

Described on ebay as a Fox .15 Schneurle ported ball bearing engine, it isn't.  I was going to return it, but it is NOS and unusual in the way it's throttled. 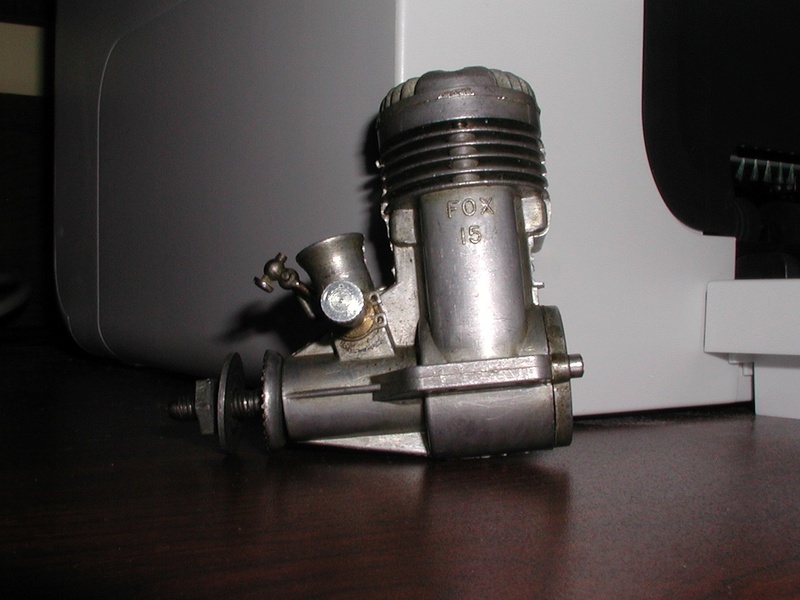 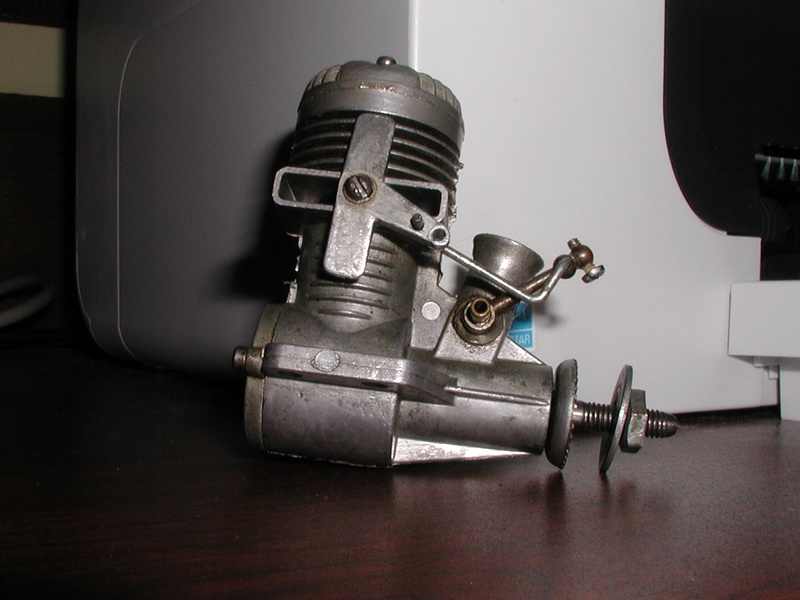 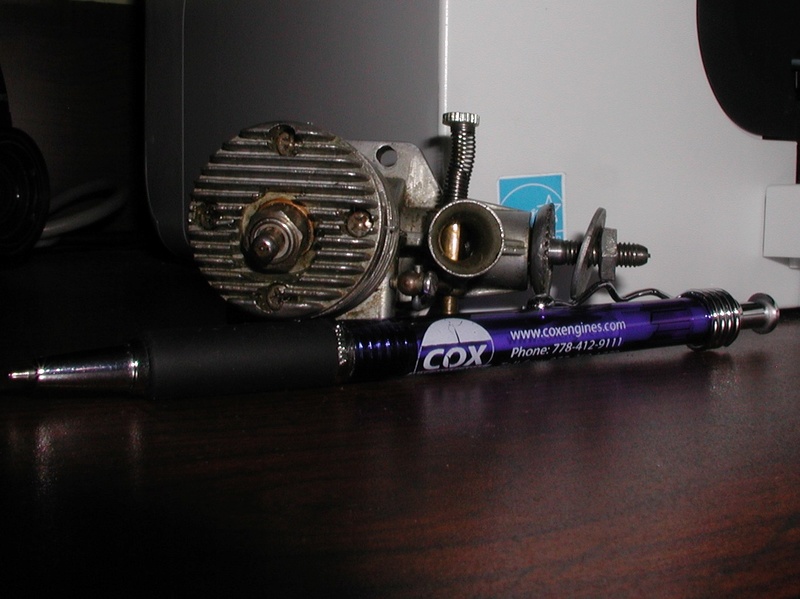 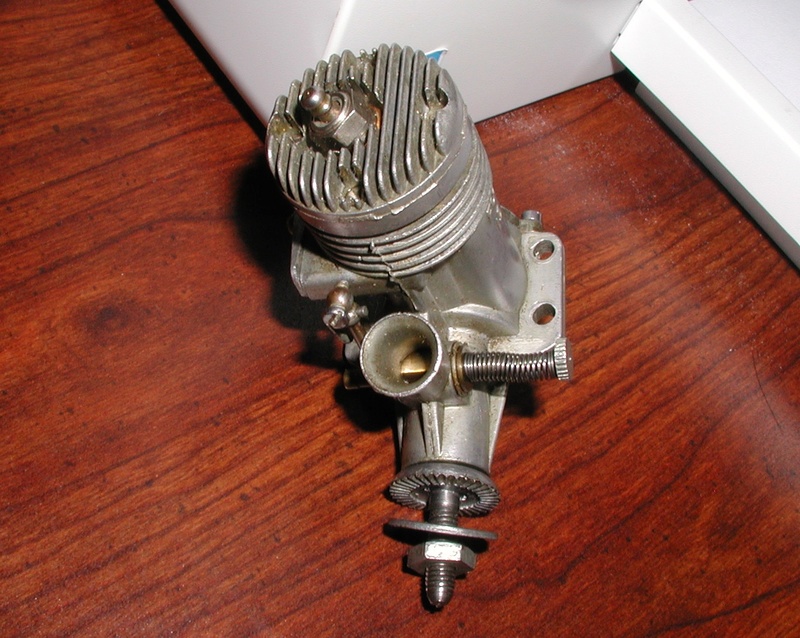 Certainally not Japanese fit and finish with lot's of flash and an intregated carburetor makes for cheaper manufacturing costs I would think.

Definitely designed that way to cut manufacturing costs, also it's an early way to throttle seen on other engines of that period.

The good thing is it's really simple to convert to CL if you so desire. All you need is a CL spraybar. The needle and spring installed is identical to the CL version.

I enjoy the Fox .15. Many dislike this engine and have made a event around throwing it. I'll take all that are to be hurled. It's a great little engine. It doesn't care to be over propped.. A 7x6 woodie is a great choice. The engine likes a good dose of castor oil equally.

Here are a couple of pics of the Fox .15 Schnuerle. Note one pic shows the BB version and the other shows the plain bearing Schnuerle. 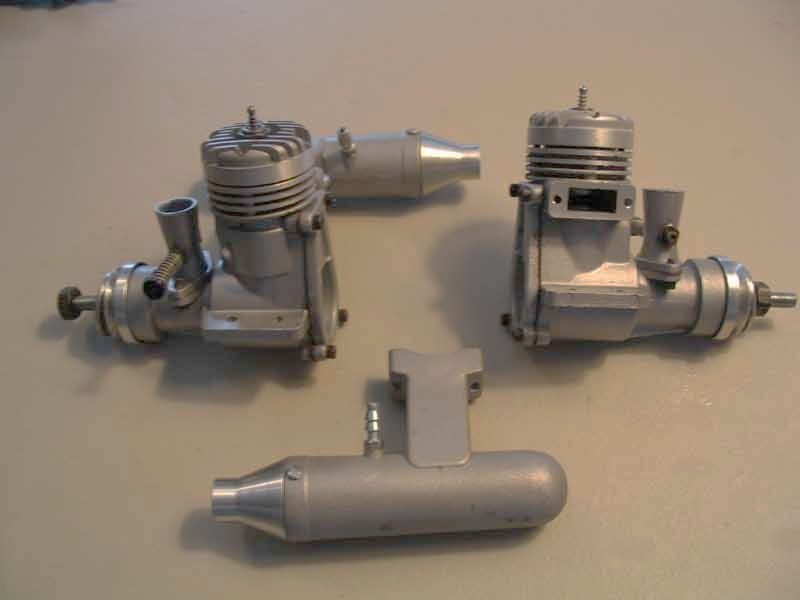 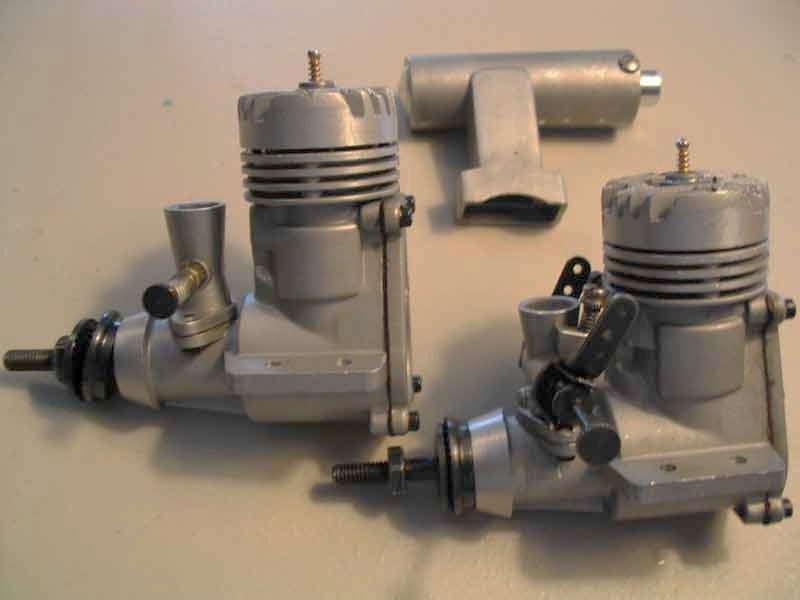 This is the seller that I bought the engine from. Seems he has one like the one he sold me (above) that was also described as a BB Schnuele engine. Curious, but my problem, I should have recognized that the ad was in error. I don't own a complete Fox engine though, just a partzer.

That's the good one, much heavier though.