I'm an outdoor guy, but I'm not going out in this and work in a 23 degree garage on a cold piece of iron identified as a MG Midget as much as it needs it.

Better in a warm basement and a bunch of old model engines that need attention.

I started out mounting several 1/2A's on plastic frames that I bought expressly for the purpose. Got bored with that and broke out several old engines that my son bought for me last summer. One caught my eye. An Enya .15D with an old style Enya barrel type carburetor made without a bleed screw or an idle adjustment. In the box with it came a NVA and a couple of needles of different lengths.

I think the PO tried to adapt the carburetor to a NVA engine but I'm not sure. I believe these were offered with just a NVA. Anybody know for sure? This is Enya's very first diesel (1956) and it did not have a bolt on front case like the later 15DI. The intake doesn't appear to be fluted, but neither were some of Enya's early C/L-F/F either. 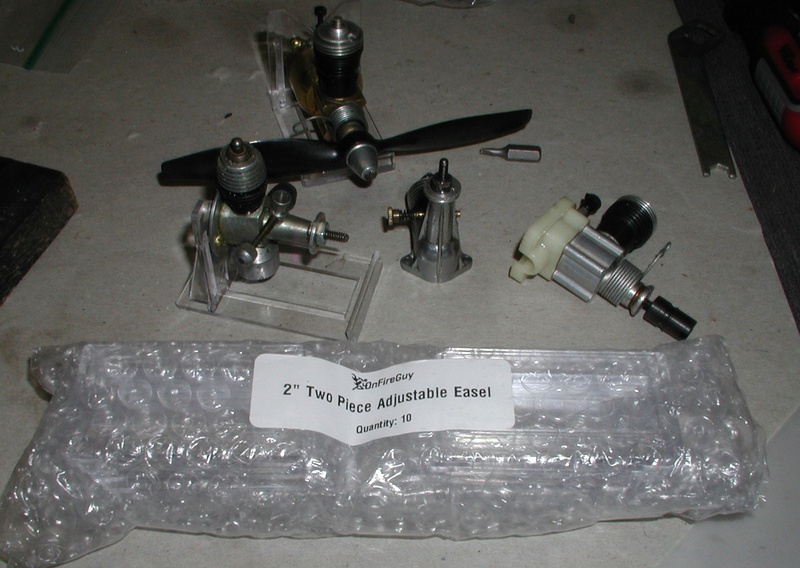 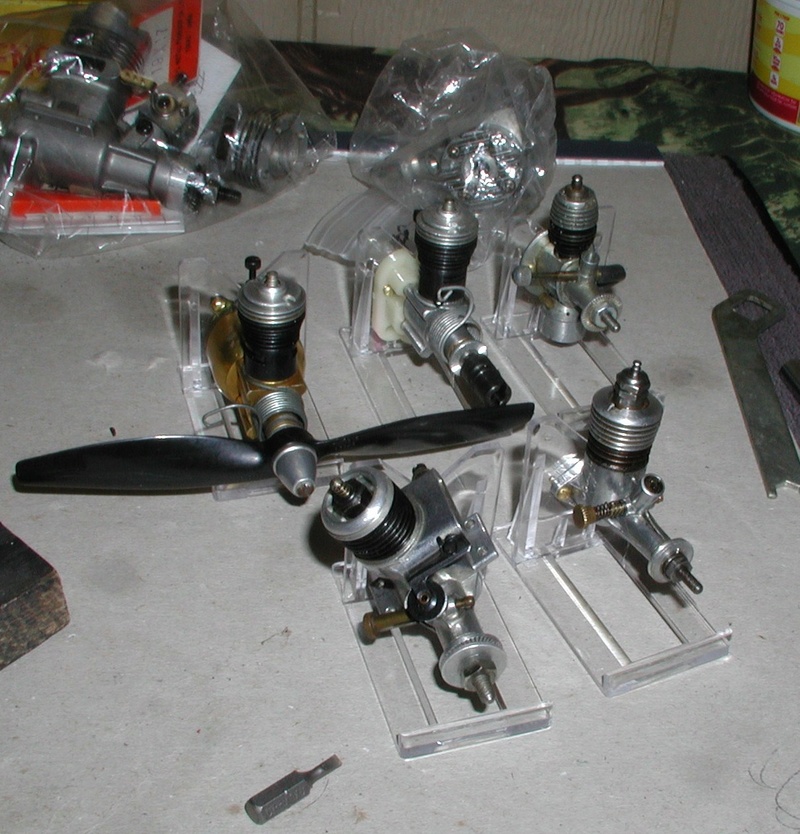 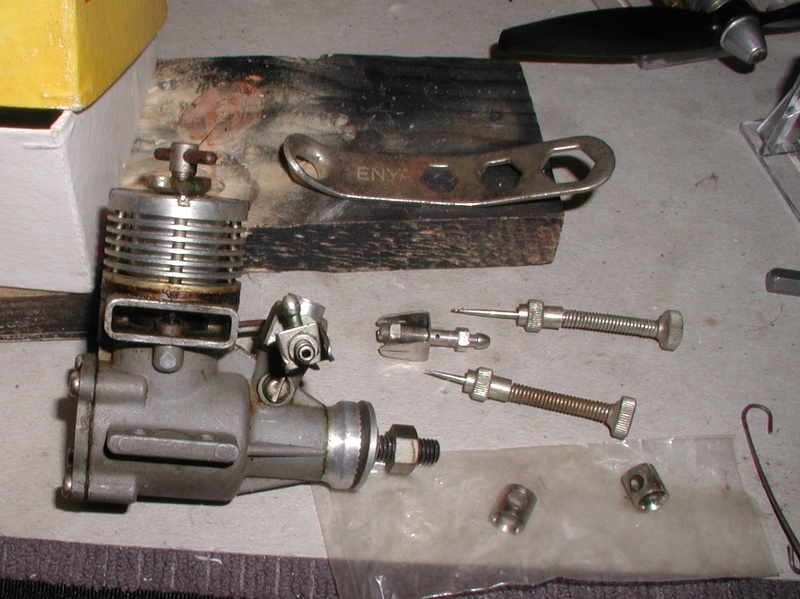 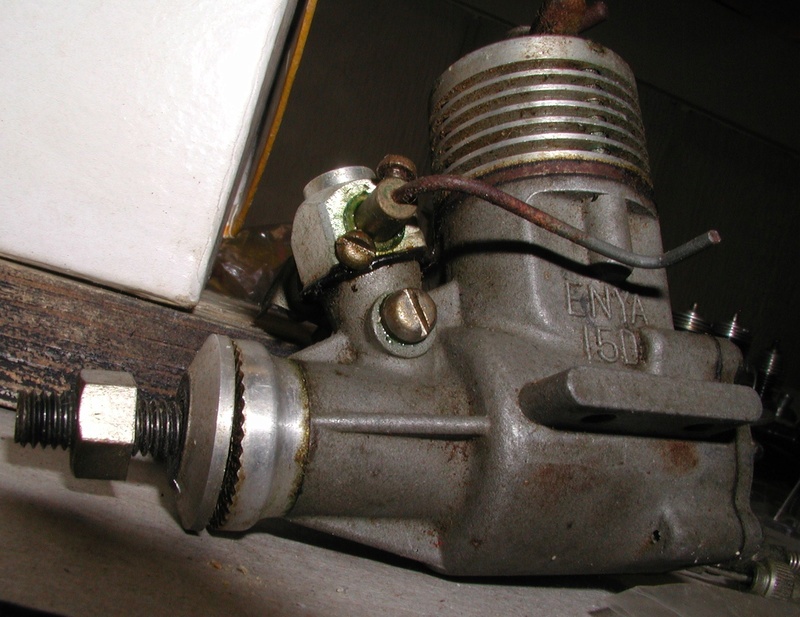 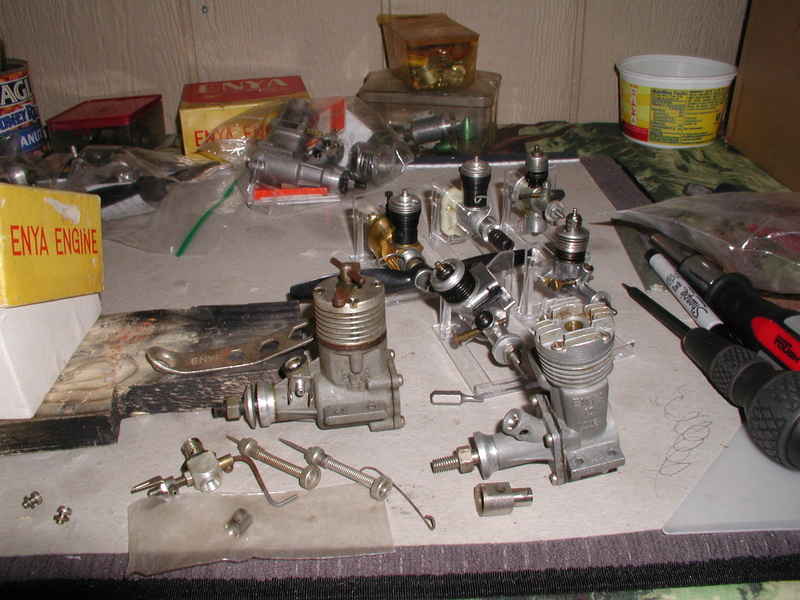 Sounds like a Winner to me , i been cleaning on a few and a bunch to go !!