I'd been putting-off detailing the canopies of some of my airplanes.. mostly because I'd never painted my model's canopies. The weather was cooperating for painting.. so I decided to go for it. (you know how it is... when you want to paint..)

The "kits" I'd built in the last 30 years were furnished with ready-molded clear-plastic canopies.... but I'd designed a handful of 1/2A control-line models in recent-years; having wooden (profile) canopies.. needing some type of detail to make them look somewhat authentic.. so I decided to buy some "sky-blue" aerosol... and have-at-it on four of my current models.

The "paint" that I chose is an aerosol currently offered by Rust-Oleum.. 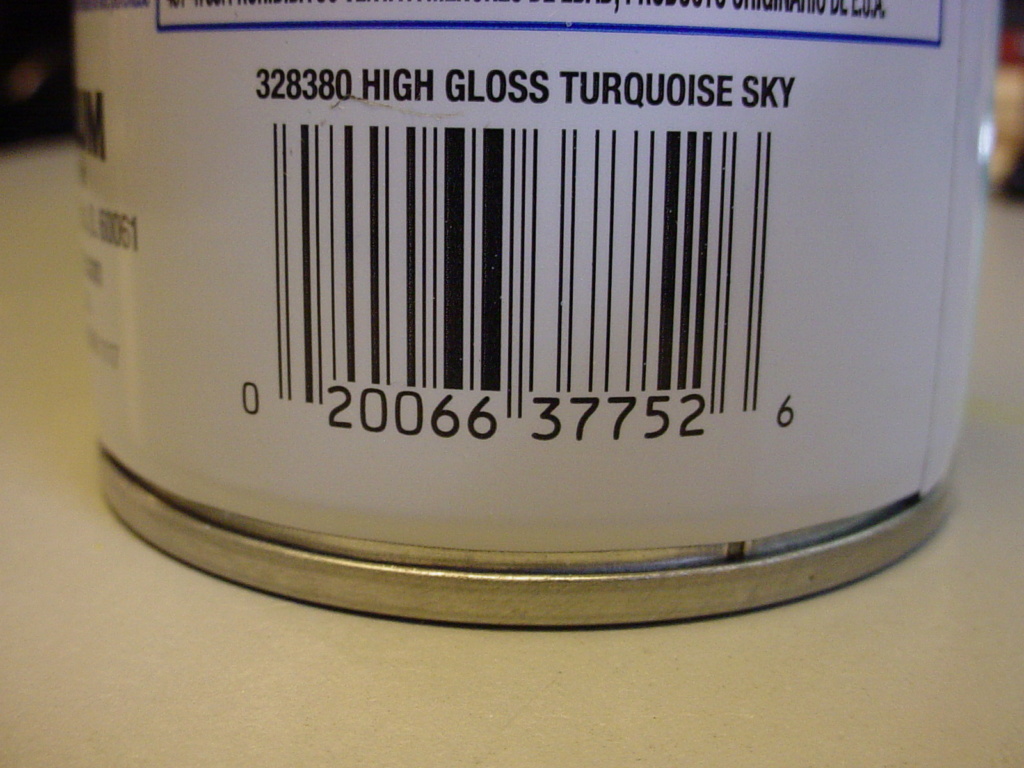 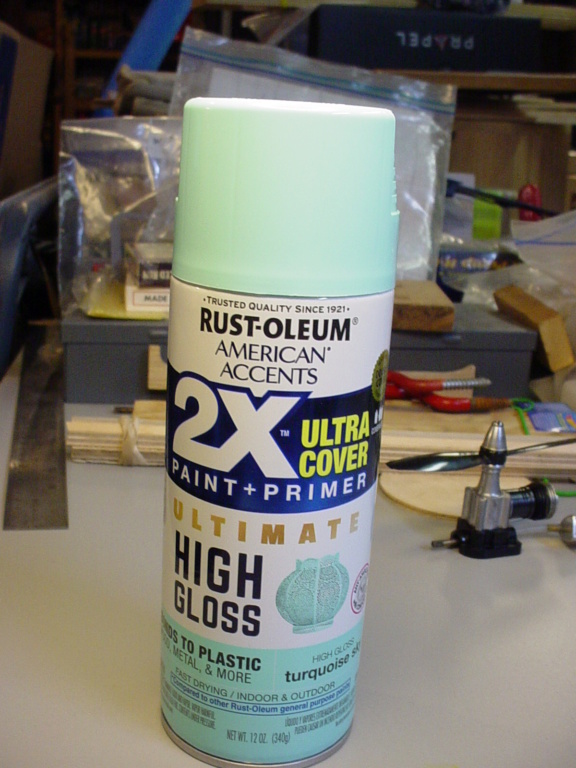 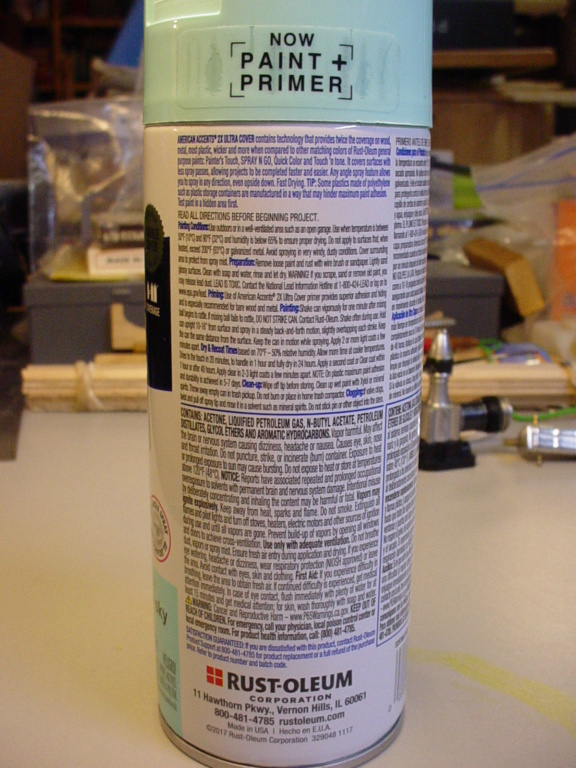 which I applied directly over the previous finishes on the four models.

Roddie, light blue is always a good choice. I had this single can of Perfect sky blue enamel for 30+ years. I finally used it all up. I loved that paint and it worked awesome for canopies. Every canopy I did on a profile received that paint. Even the clear plastic canopies got this paint on the inside prior to gluing it on.

I had prematurely clicked the "send" button when writing.. Here's the missing model-photos.. (all self-designed) 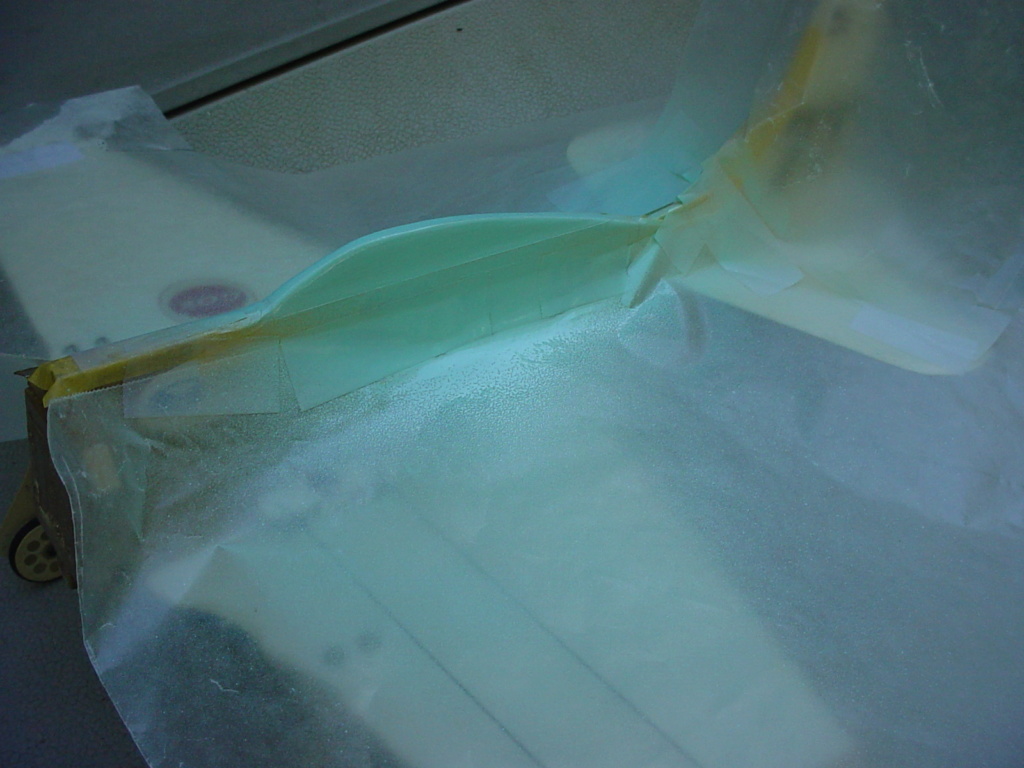 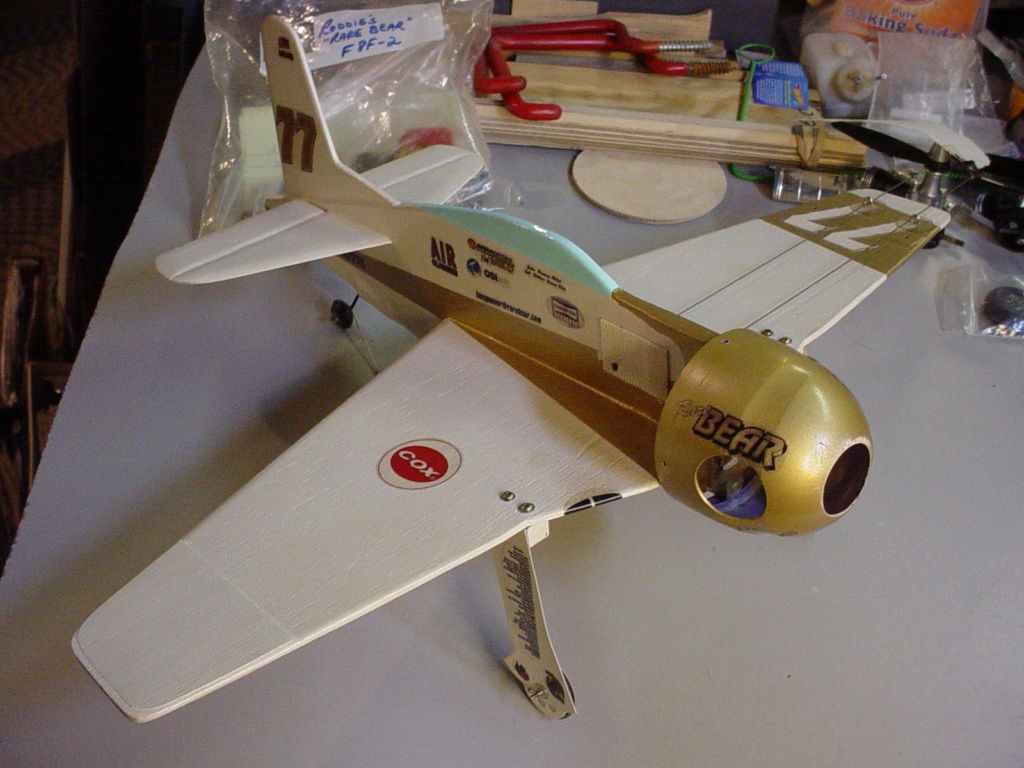 My Lockheed Tee-33-Dee.. Shooting-Star.. self-designed for the 2nd (2015) CEF U-Control 1/2A Proto-Speed contest;  The T33 model was originally designed to utilize a take-off dolly... but the dolly's design stalled the entire project. 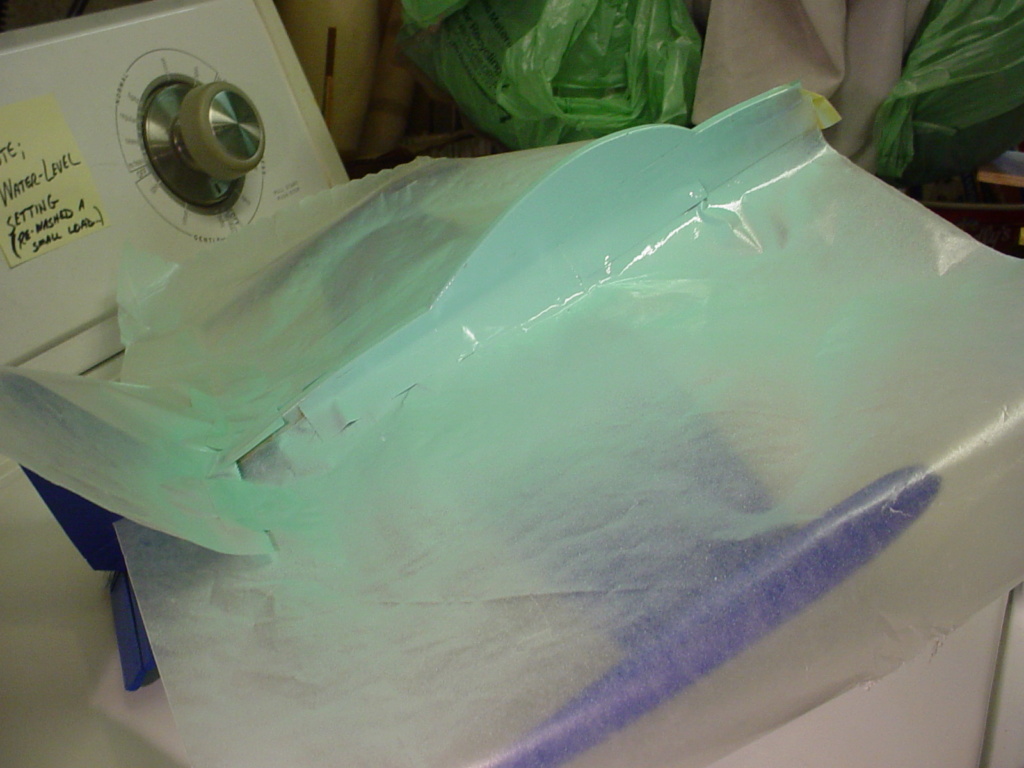 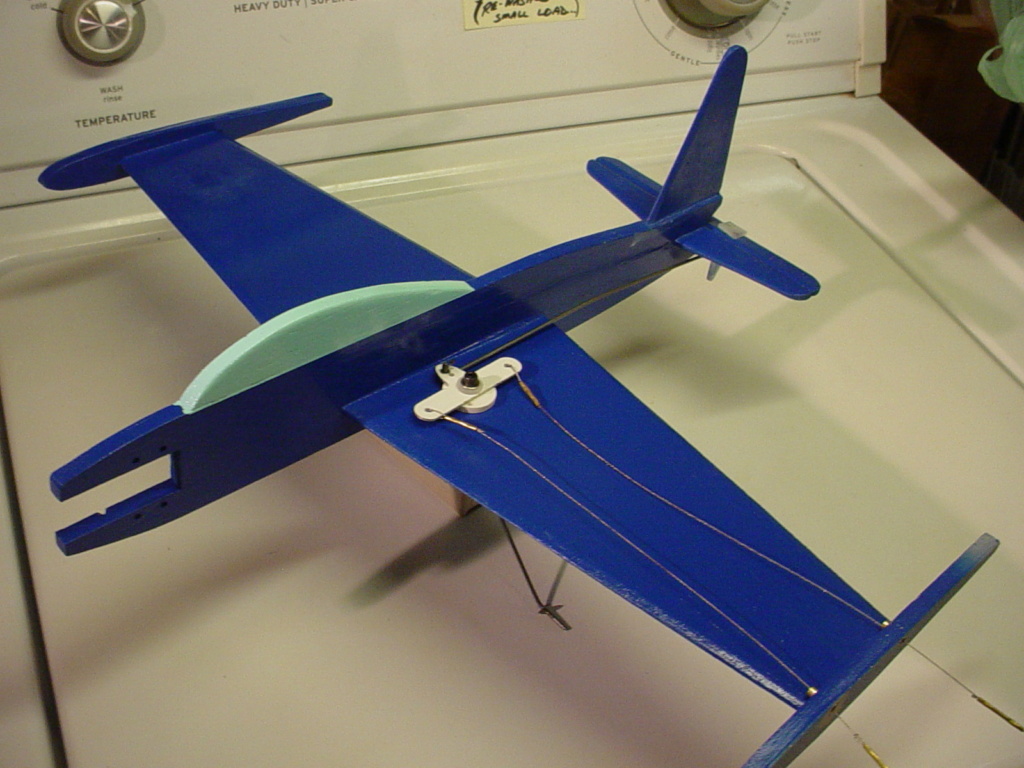 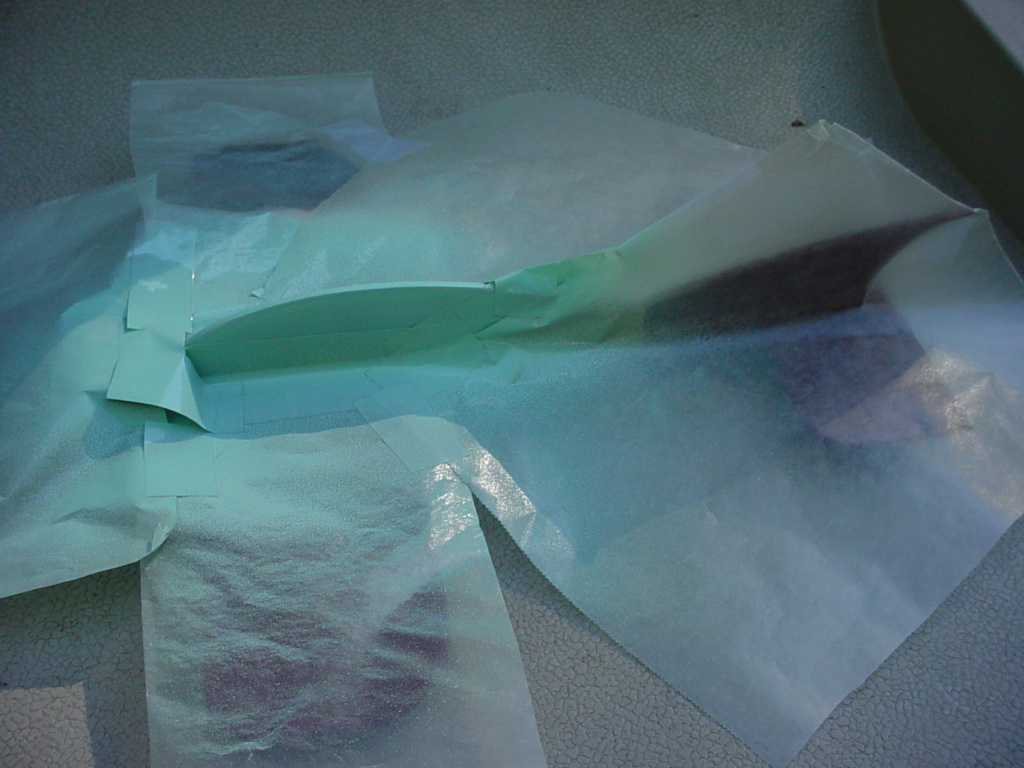 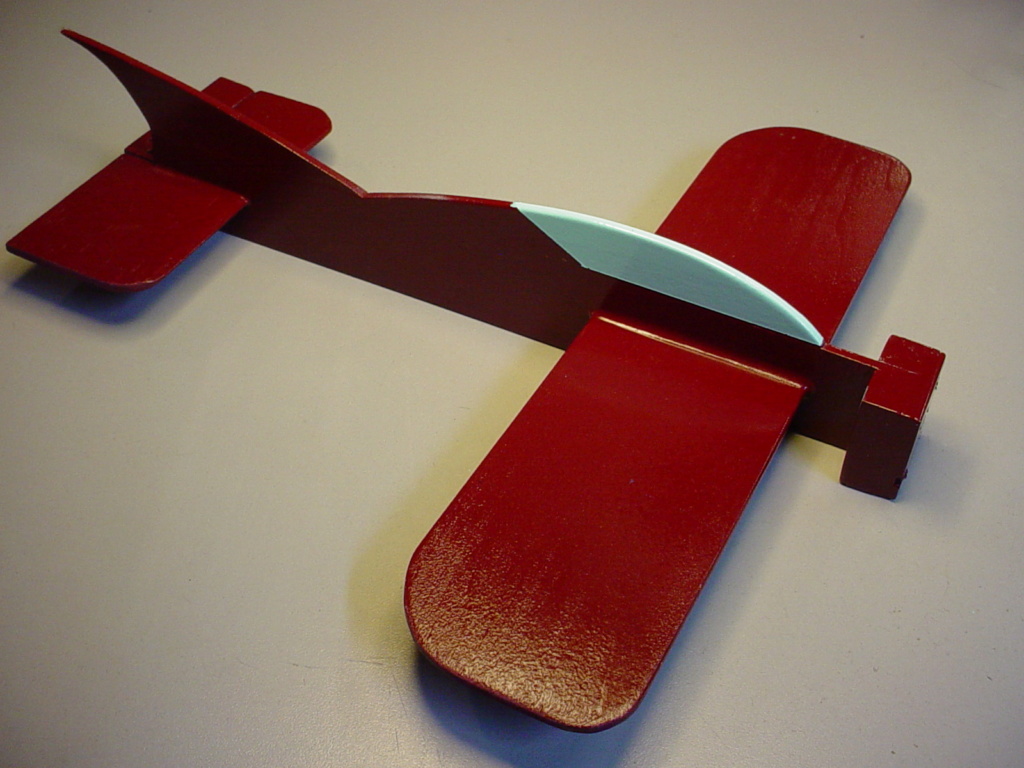 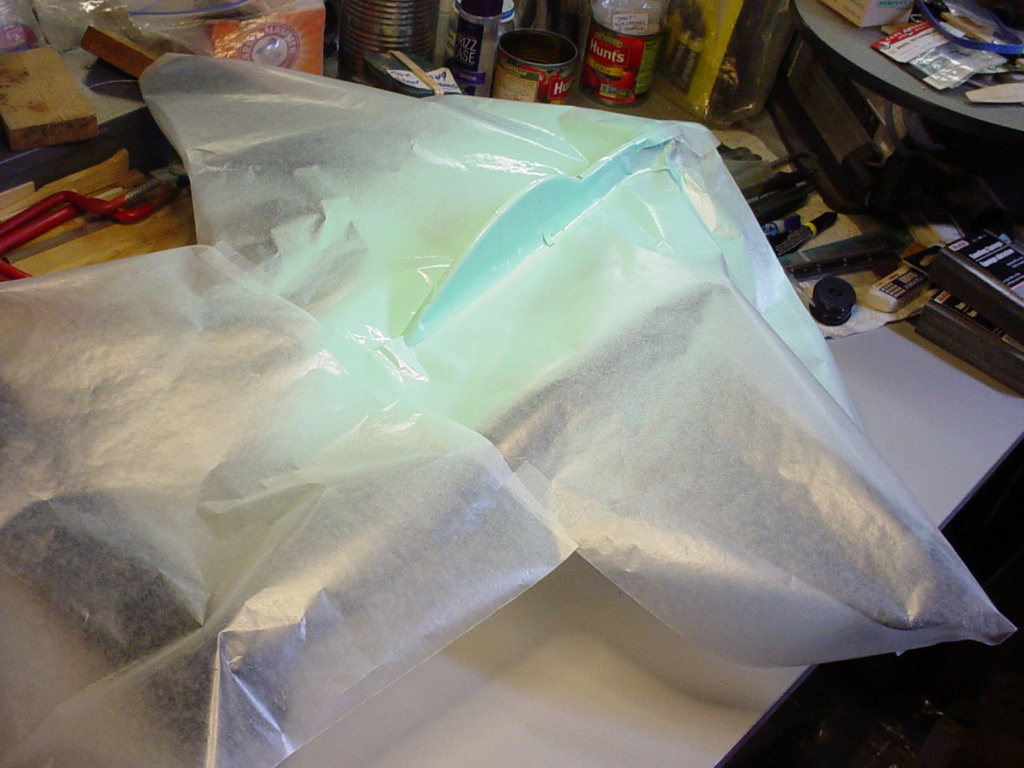 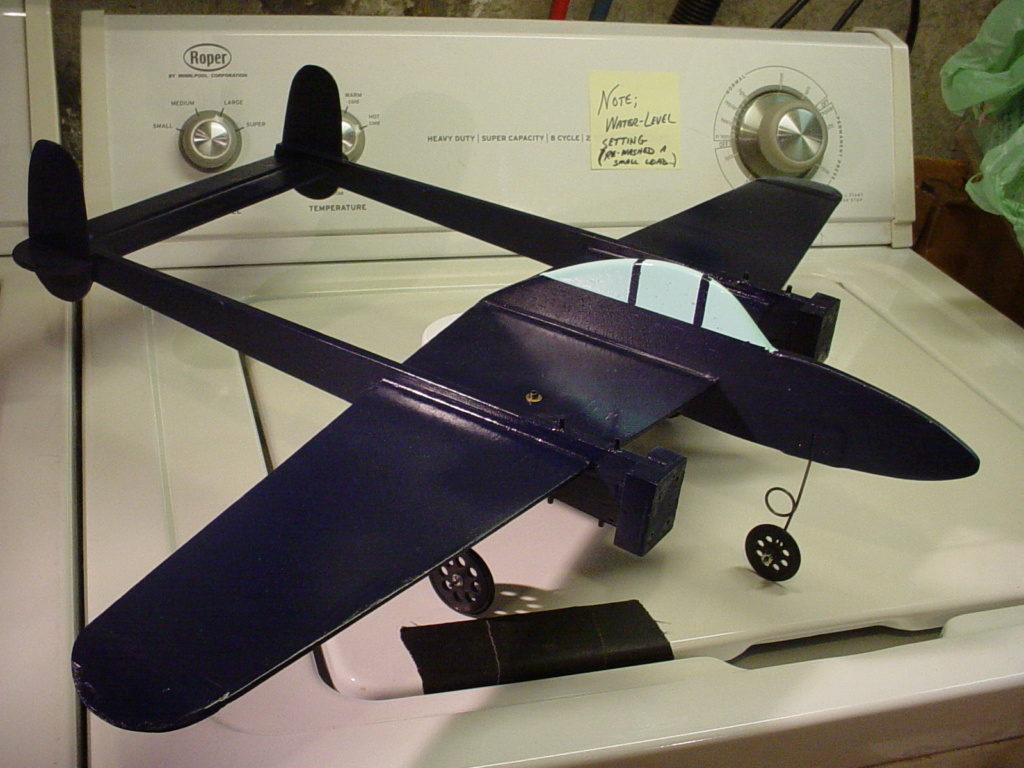 Wow roddie. Those all look great, and the color is great for canopies. If I had not seen it on a plane, I would very easily pass it by thinking it would not look that good.

They all look super!

I gotta ask...How do you hold the cowl on Rare Bear? Screws? What size, how many?

My Scientific P-40 cowl has been cut to fit around the AP .061 Wasp on it. In the past I glued the cowls on, but have
destroyed one trying to remove it for engine maintenance.

I haven't come up with a good method that allows for removal.

They all look super!

I gotta ask...How do you hold the cowl on Rare Bear? Screws? What size, how many?

My Scientific P-40 cowl has been cut to fit around the AP .061 Wasp on it. In the past I glued the cowls on, but  have
destroyed  one  trying to remove it for  engine maintenance.

I haven't come up with a good method that allows for removal.

Hi Jim, "Thanks"!! (also thanks to Ken and Chancey) Since the Rare Bear hasn't flown yet.. I don't really know how well the cowl will hold-up.. but it's more "what I used" for a cowl.. in combination with the firewall-design, which assists in the mounting. There are only two small (#3 x 3/8"L.) wood-screws used.. but there are four radial "tabs" protruding from the firewall which fit just inside the cowl and against a "shoulder". The cowl is a cap from an air-freshener refill cartridge. That shoulder inside the cap, acts as a "stop" when it's on the aerosol-can.

The model's profile-fuse "nose" was designed to use that cowl/cap from the start.. by sizing it to fit just inside the cap. 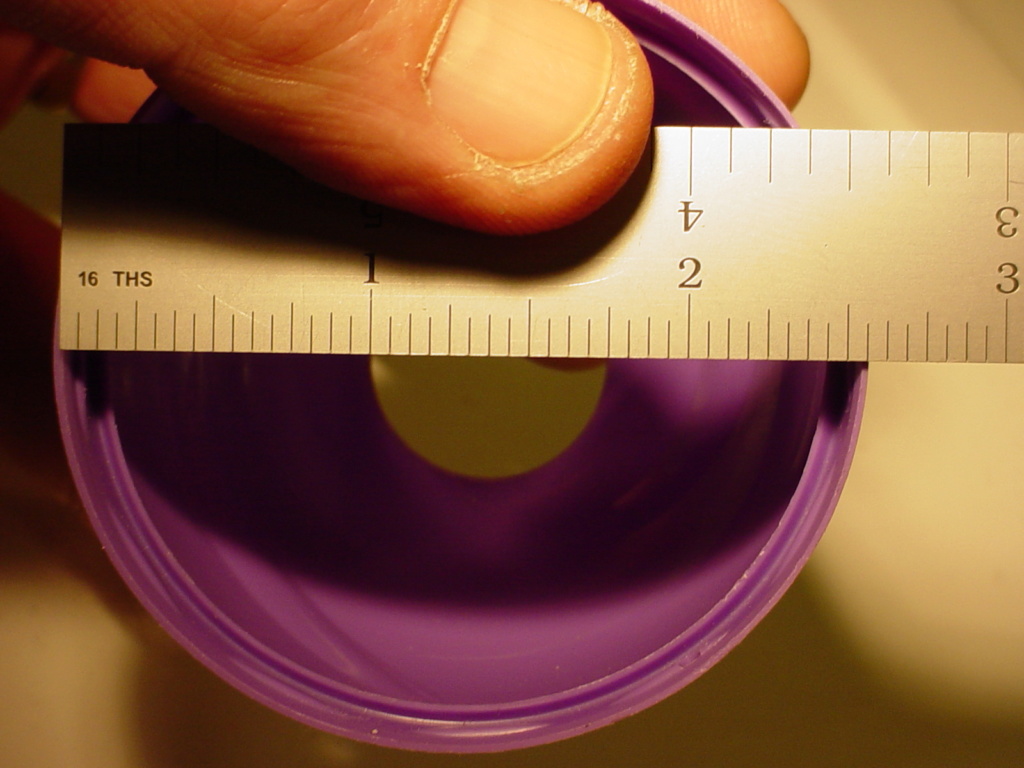 The top and bottom of the fuse have 1/4" sq. hardwood-rails extending from the nose; well-rearward. This provided for the two cowl-screws.. and also to strengthen the entire fuse. 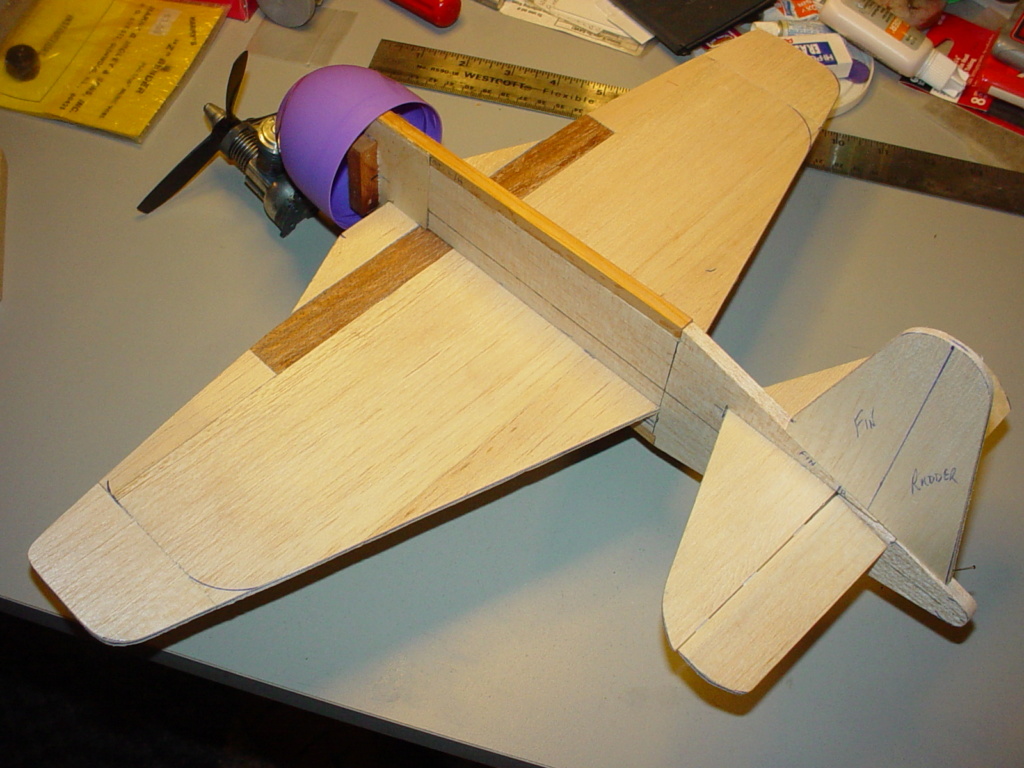 Then the firewall was designed to utilize the four "tabs". 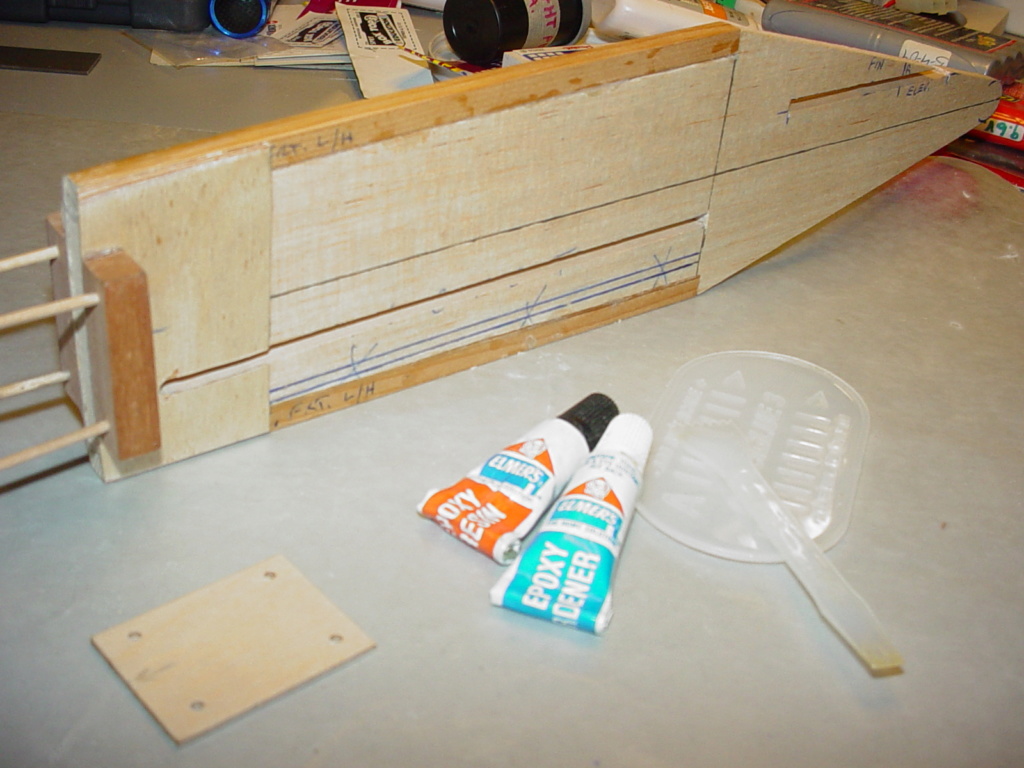 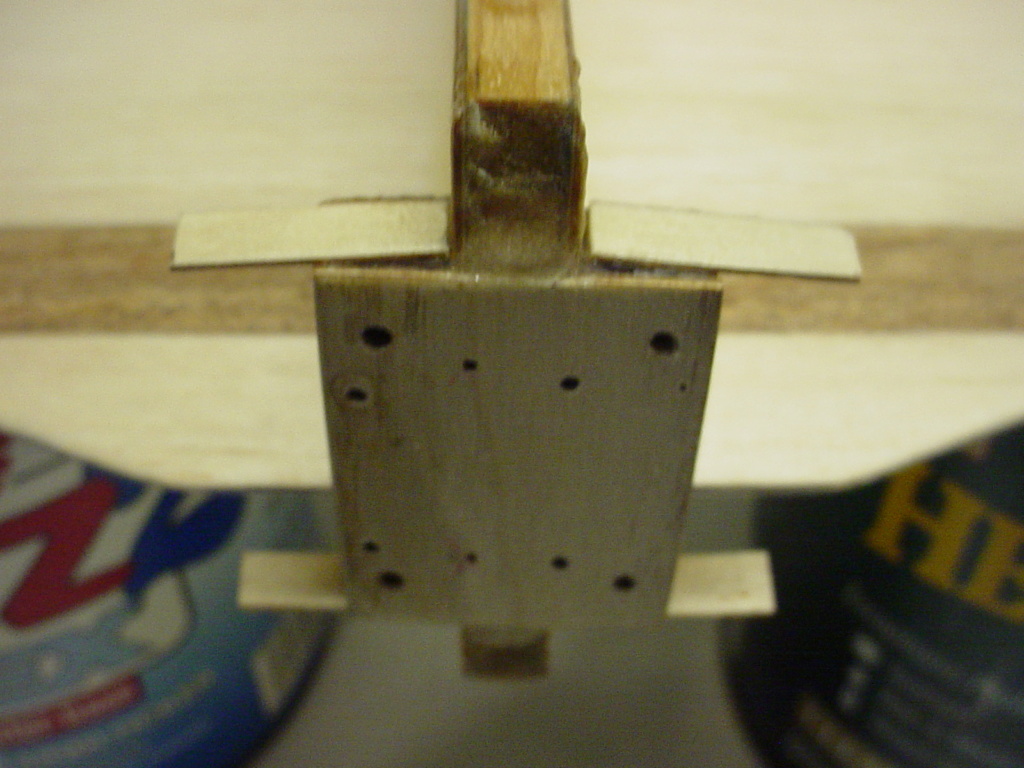 This model (as most of my other designs..) uses 3/8" sq. hardwood blocks epoxied vertically behind a plywood firewall-plate, to rigidly mount the engine. The "tabs" are then measured.. and attached/glued to the tops/bottoms of the blocks.

I enjoy this aspect of designing/building.. although many would see it as a PIA. At some point I decided to orient the engine-cylinder horizontally.. rather than the original vertical/upright position. 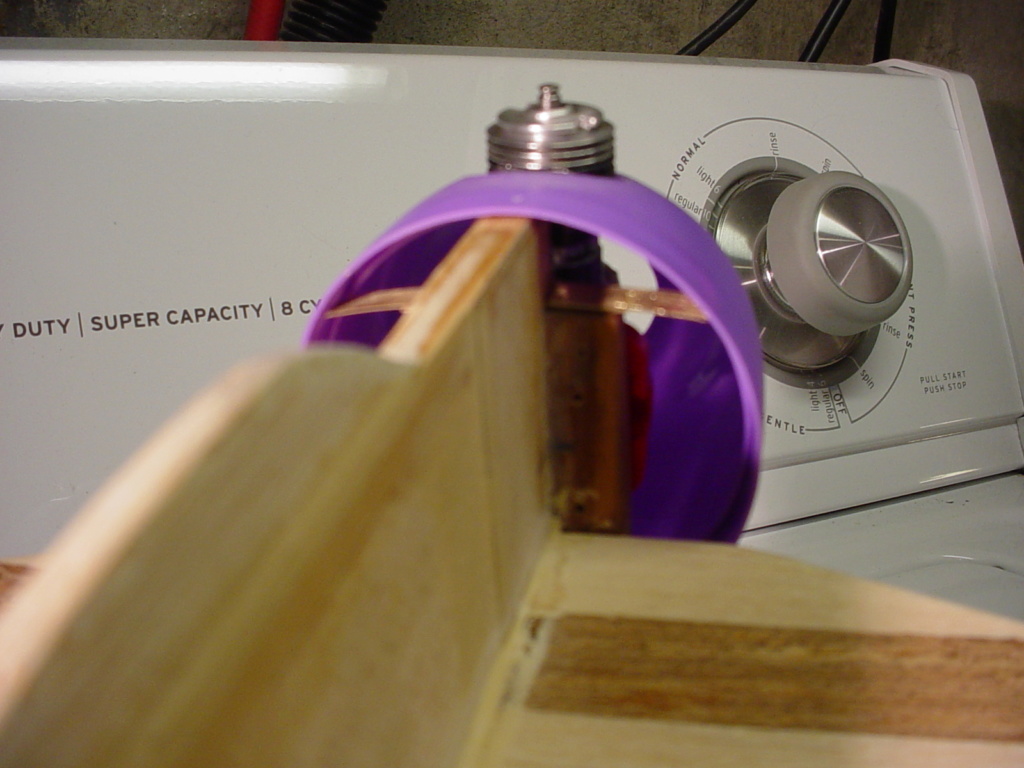 Jim.. give my cowl-attachment method a second or even third look. The toughest part of fitting a "scratch-built" engine-cowling is in the measuring. Once I calculated a couple of coordinates for a Cox .049 "product-engine"..  I used a 1" hole-saw to cut the cylinder and crankshaft-reliefs in the cap/cowl. These measurements came straight-off the firewall in relation to the engine.. and transferred to the cowling; forward of the "shoulder" which locates it against the nose. 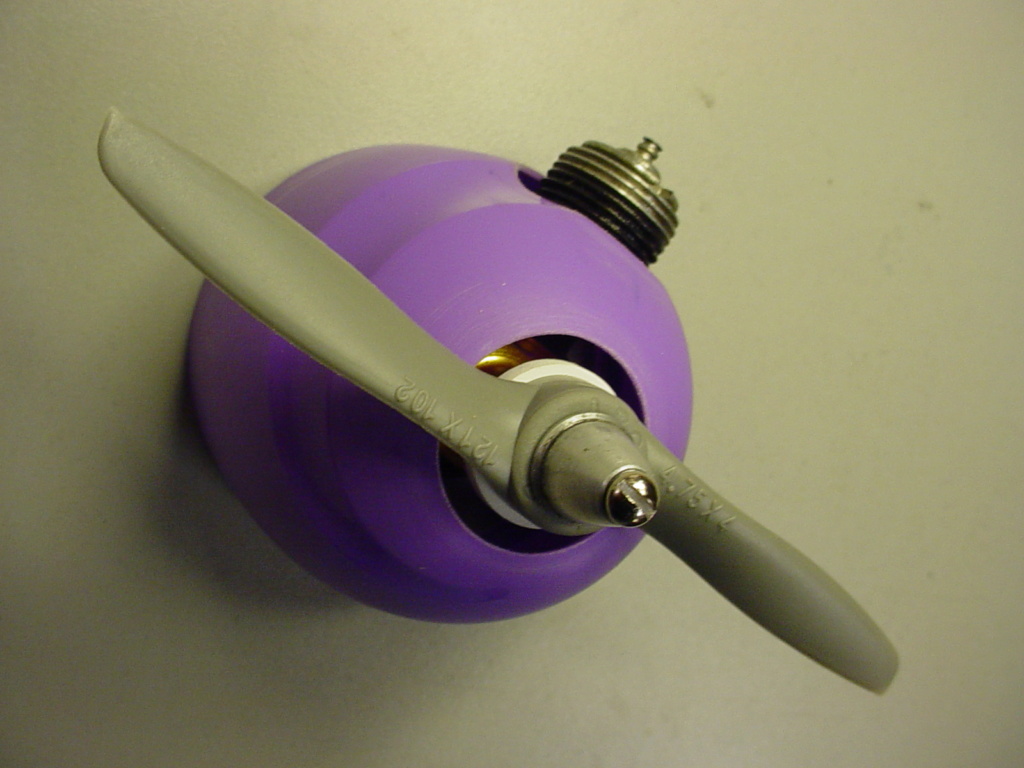 Designing/building the airplane's nose to "spec." really simplifies this task.

Thanks for the details! I appreciate the effort spent documenting your method. I'll come back and study the pics in depth over the next few days...that's for sure!
I see what looks like hardwood dowels for engine block screws, and your hardwood blocks.
I think I can "borrow" some of this for the Profile P40. The kit's cowl comes amost 1/4" behind the firewall, and fits the firewall pretty snugly. I'm considering sheet metal tabs or wooden blocks behind the firewall, or sinking a few small dowels into the firewall for small screws ( I will look into this option closely). While I want the cowl on the plane, it really doesn't need to be permanent/hard fixed. It does need to be there for at least one photo op, especially in flight.
Again, thanks a bunch. I like your builds!