The Quaker gets some Work done...

The Quaker gets some Work done...

7-10
So, the antique replica 'Quaker' model I got at a Swap-Meet last January has had some problems...like the landing gear pulling out of the fuselage because it's mounting screws are just set into the balsa longerons. Balsa is NOT a good anchoring wood!

I had to get up into the nose to epoxy in some hardwood and ply plates, and drill some new holes for the screws. And, had to cut a 'cheater hole' in it's side to see what I was doing.

The windshield frame is rebuilt and painted (after a crash that I kept secret!), and ready for a new windshield.

With some good MoJo, it'll be heading to Little Rock in October.
AND, with a full throttle Medallion .15 up front, and a touch of forward trim, it may even give Tony's 'Barn Swallow' a run for it's money !!!! 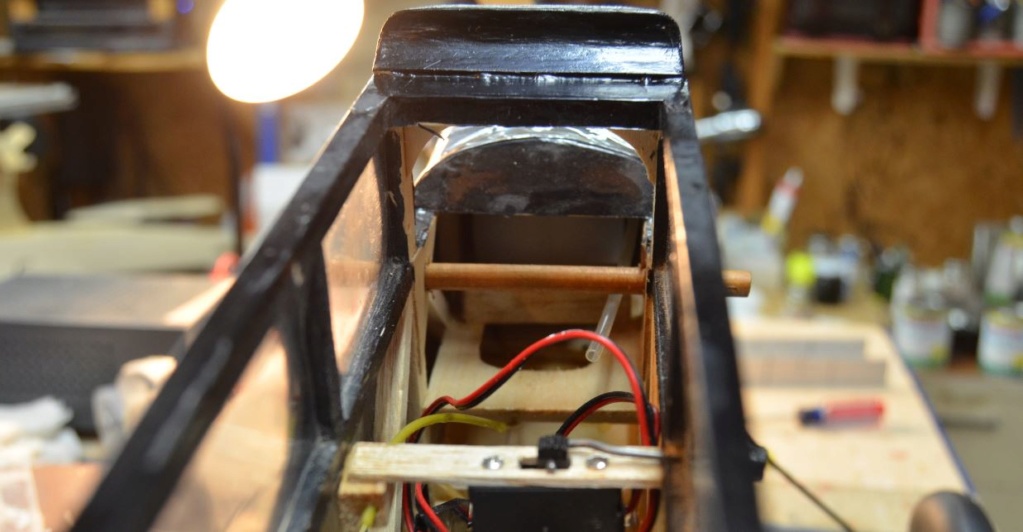 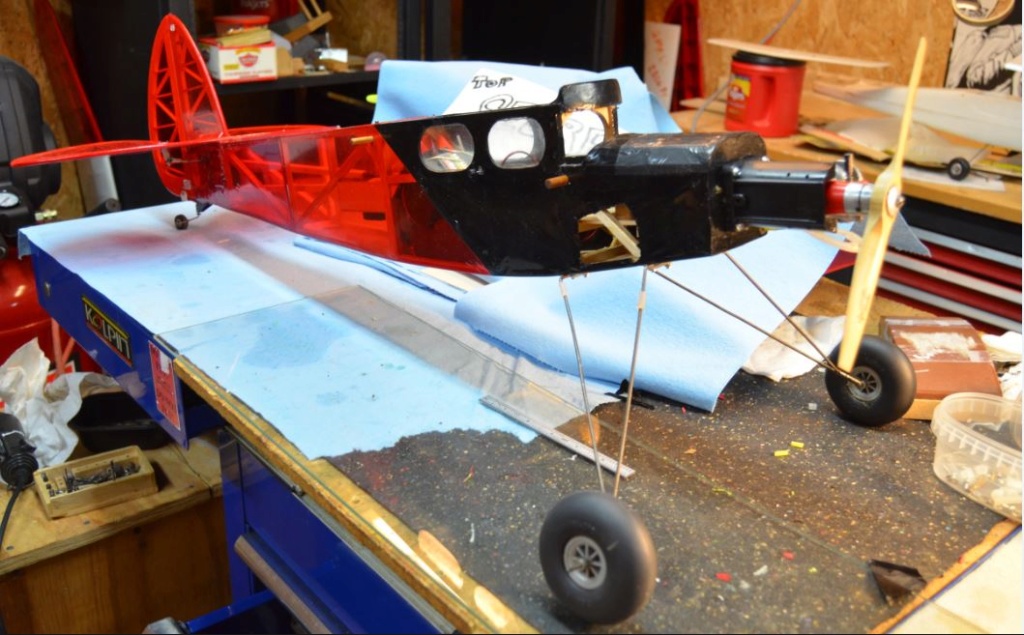 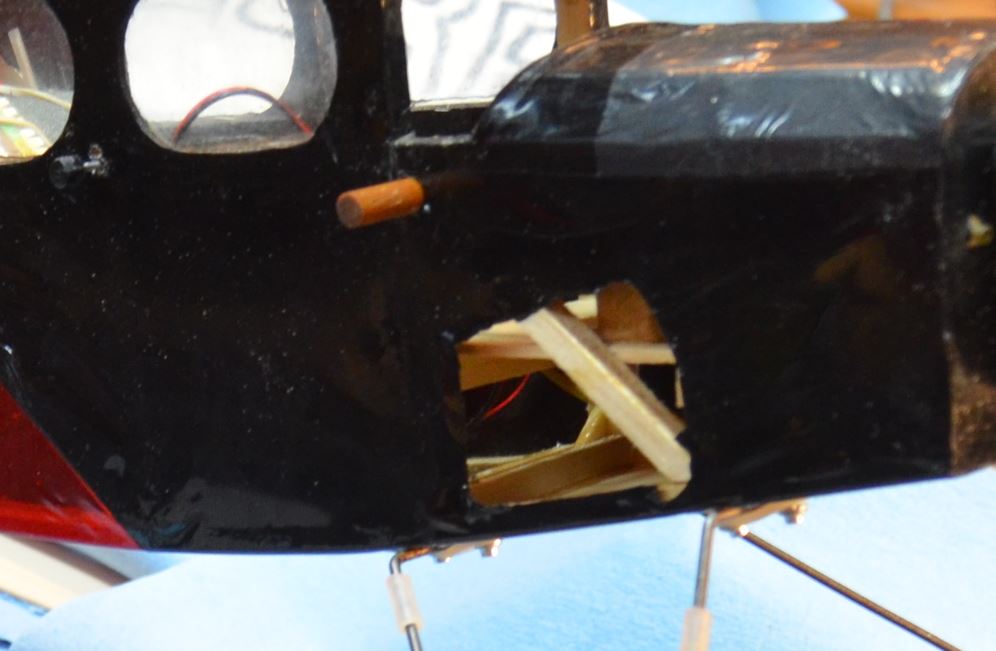 It's other wing, a semi-symmetrical version, flew great 'till the engine quit, at which time the plane would plummet from the sky like a meteorite.

Going to fly it at first chance so, everybody wish it positive vibes !!! 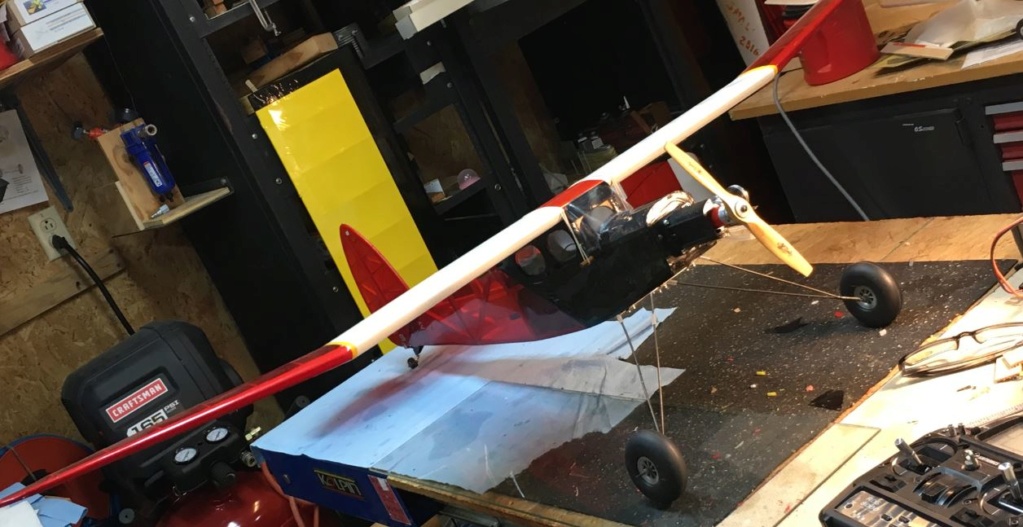 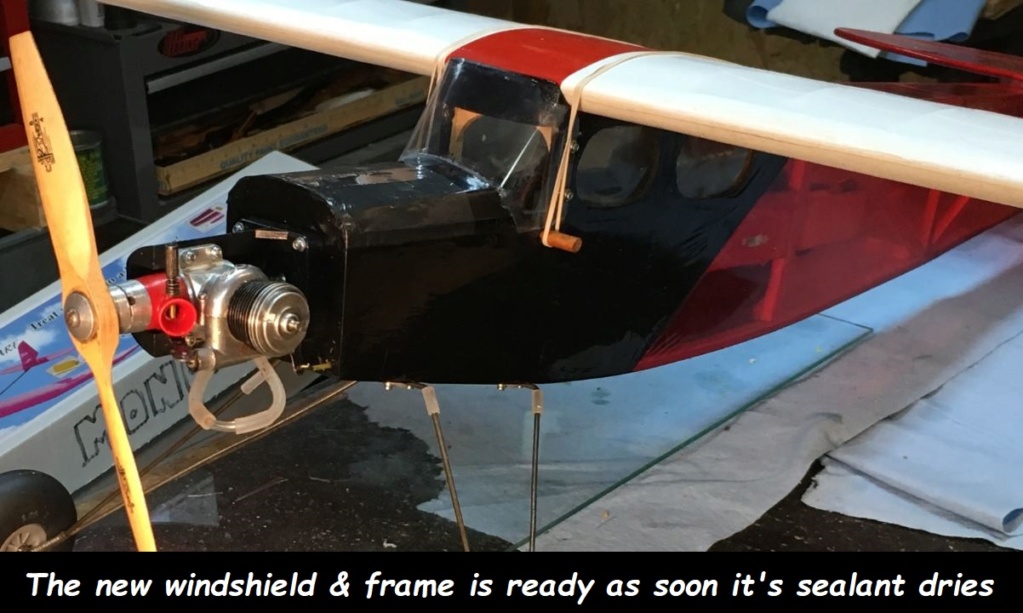 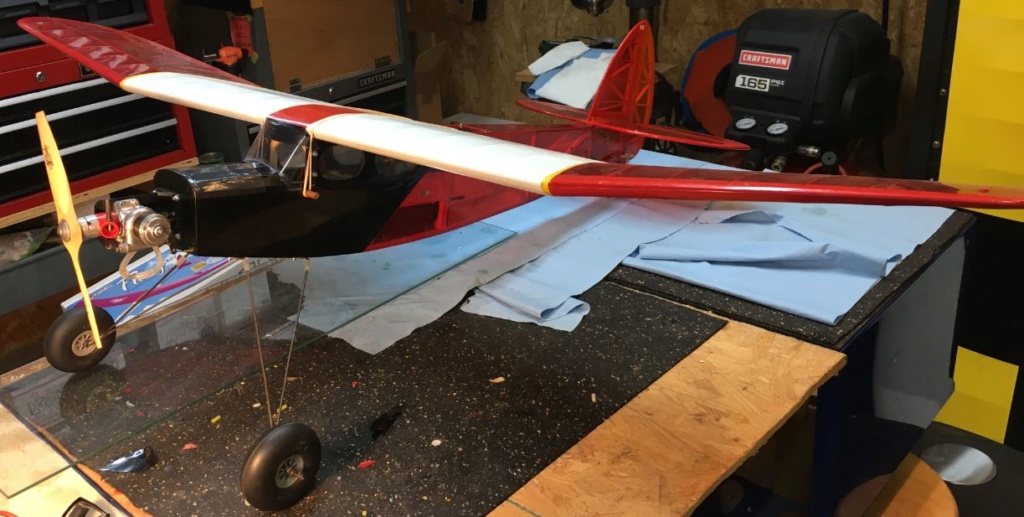 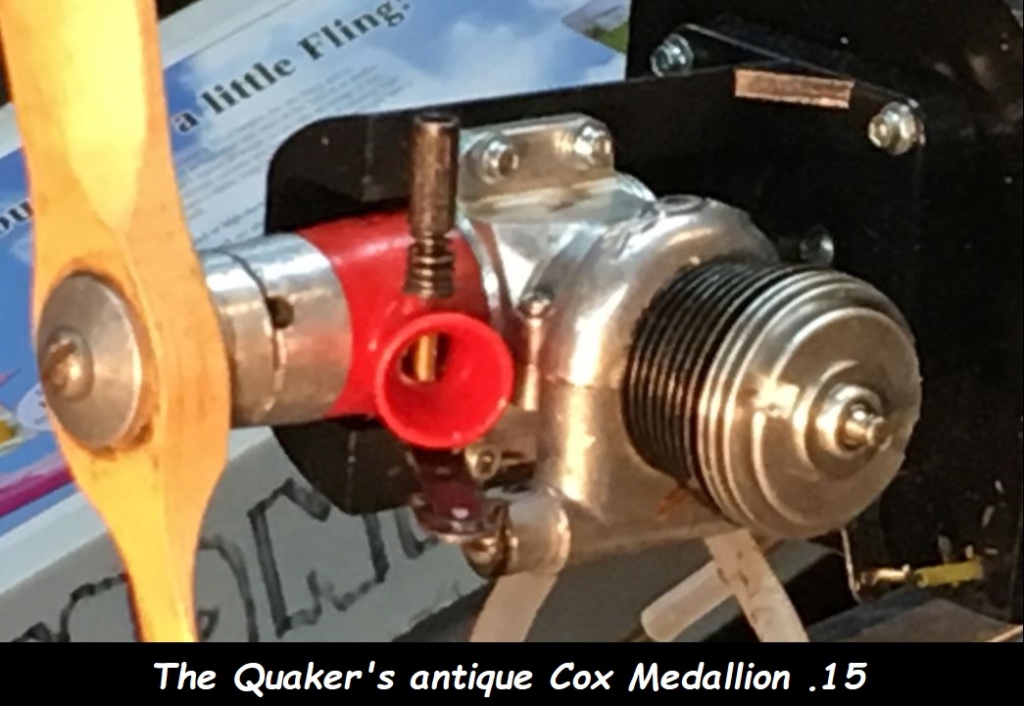 Wishing you "all the best" this time around Kim. The spare/flat-bottom wing-swap will make a big difference.. I'm sure. Good to have stout "mains" now too. Nice job!!

Yes the flat bottom wing should do much better .